Accessibility links
Sally Yates, DoJ Boss At Close Of Obama Era, Due In Senate Hearing Wednesday The former deputy attorney general was in charge in the final days of the Obama era and into the early days of the Trump era. Senate Republicans want to ask her about the Russia investigation. 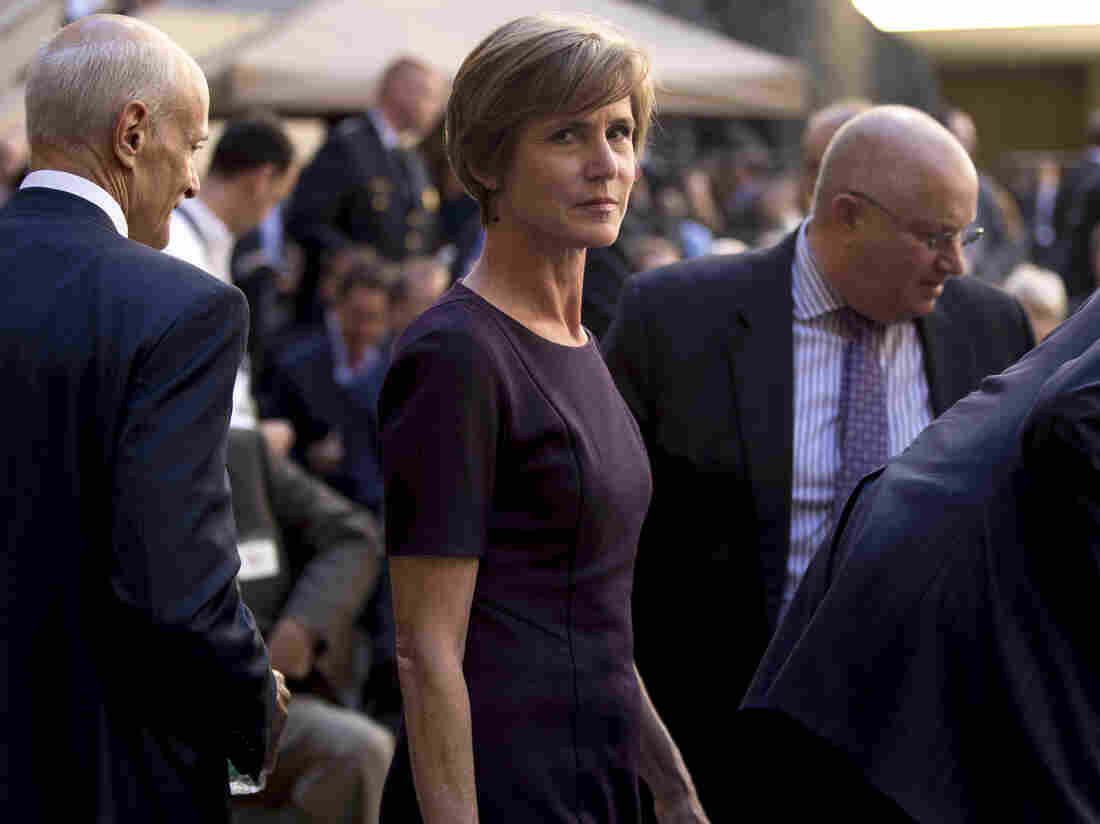 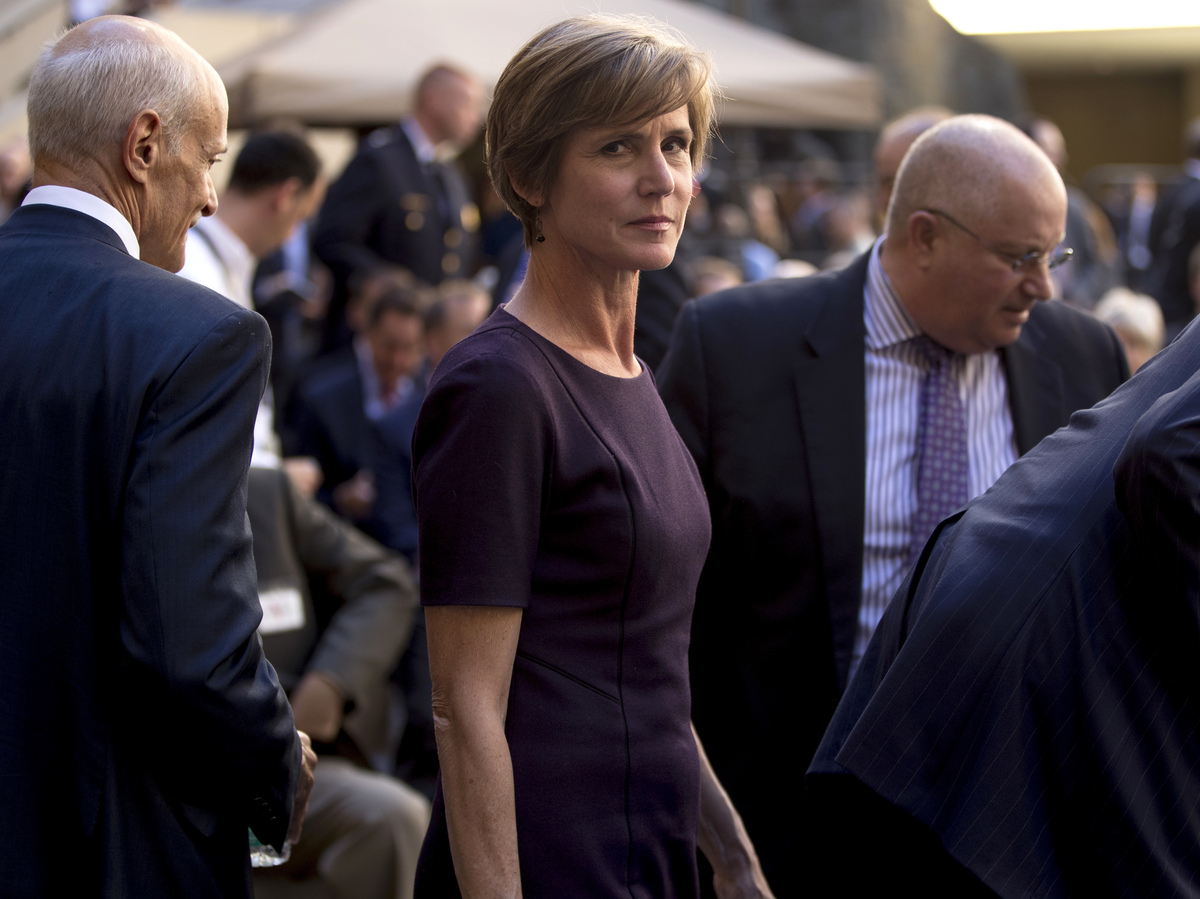 Former Deputy Attorney General Sally Yates arrived for a ceremony for FBI Director Christopher Wray in 2017. Yates is set to appear before a Senate panel looking into the Russia investigation.

President Trump's allies in the Senate are set to resume a public investigation on Wednesday that aims to tie former Vice President Joe Biden with what Republicans call abuses of power.

Yates headed the Justice Department for part of the time covered by the investigation into Russia's interference in the 2016 election and was instrumental in a few of its key developments.

Although subsequent investigations have vindicated the findings of the core Russia investigation, officials within the Justice Department also have uncovered problems with some aspects of it.

Graham and other allies of the president have sought to keep those problems in the spotlight and, more recently, try to link them with Biden, Trump's rival in the 2020 race.

Biden has denied any wrongdoing and Democrats have complained about what they call Graham's waste of time and effort looking into events from four years ago when foreign election interference continues to target the presidential campaign running even now.

One issue is with the surveillance conducted by the FBI on a former junior foreign policy adviser to Trump, Carter Page.

Another top official from the early Trump era, former Deputy Attorney General Rod Rosenstein, acknowledged to Graham's panel that if he'd known then what he knows now, he wouldn't have approved the collection.

Page was never charged in the Russia investigation, but Graham and his allies have taken up his cause as one in which they say an American was wronged by what Republicans call overzealous federal law enforcement.

Yates was among the officials who signed applications for surveillance on Page and she likely can expect a similar line of questioning on Wednesday to that faced earlier by Rosenstein.

Another issue involves former national security adviser Michael Flynn, whom Trump, Graham and their allies have sought to rehabilitate even as his complicated legal case winds ever on in an appeals process.

Subsequent revelations about the handling of the Flynn matter have exposed a fissure between Yates' Justice Department and the FBI under then-Director James Comey — and revealed connections to the Flynn story involving Obama and Biden.

Graham said on Fox News last month that he wants to ask Yates why, according to evidence that surfaced more recently, Obama evidently knew that Flynn was subject to surveillance connected with the Russia investigation but Yates herself did not.

Attorney General William Barr criticized Comey because he said the director had boxed Yates, his ostensible superior, out of matters she needed to know.

On Wednesday, Graham likely will ask Yates about the White House meeting in which Obama, not Comey, told her about the Flynn surveillance. Broached in that meeting may also have been the now-infamous federal law called the Logan Act, which is intended to prohibit Americans outside officialdom from negotiating with foreign dignitaries on behalf of the U.S. government.

No one has ever been prosecuted successfully under that law, but it was part of another subplot that Trump's allies consider an abuse of power from the Obama era: the leak, to The Washington Post, of the fact of Flynn's conversations with Russia's then-ambassador to the United States.

The Post column in which that nugget appeared mentioned the prospect that Flynn's conversations might have violated the Logan Act.

So, Trump's allies want to know, did the idea about Flynn's theoretical transgression make its way from the White House discussion and into the newspaper — which sparked the political furor that led to his ouster and legal woes? 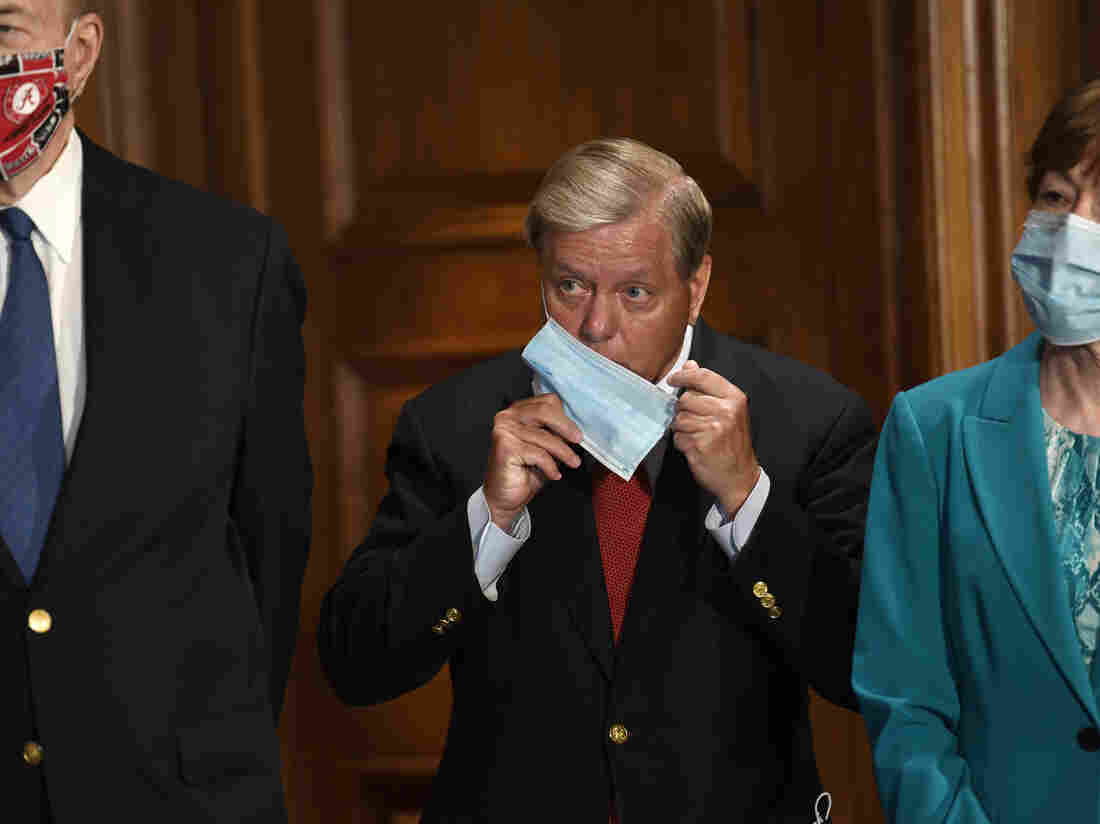 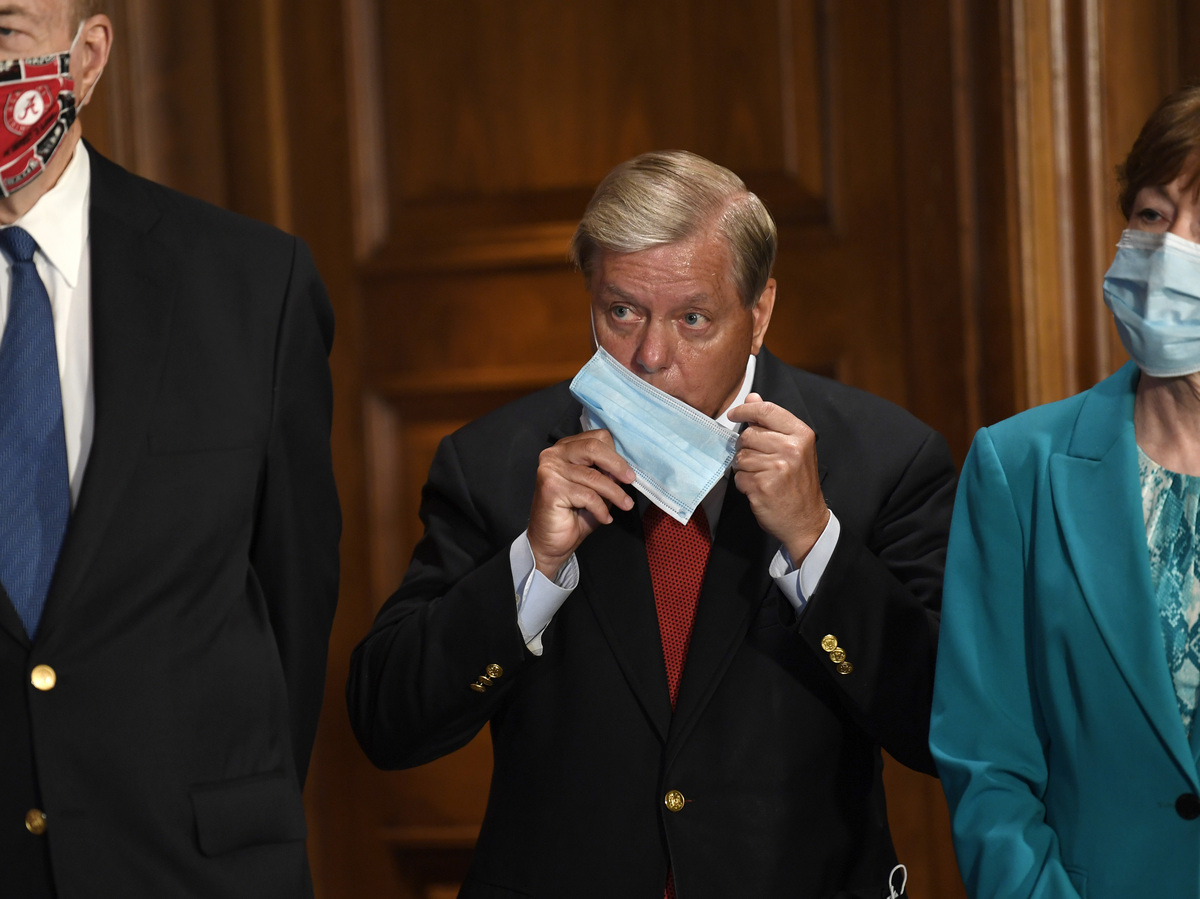 Obama's camp viewed Flynn warily after having pushed him out of his job as director of the Defense Intelligence Agency and then watched him cultivate relationships with Russian officialdom before he joined the Trump team.

Obama warned Trump personally against keeping Flynn on his staff.

Flynn's own conduct complicated his case. After the Post report, he denied discussing sanctions with Russia's ambassador, including to Vice President Mike Pence, who announced that denial publicly.

But American counterintelligence officials monitoring the Russian ambassador's conversations knew that he and Flynn had discussed sanctions — as official records about those conversations have subsequently confirmed.

Biden, Comey and a number of other officials have been listed in official records as having been in receipt of intelligence reporting about Flynn's conversations, although those details aren't entirely clear.

Graham has said he wants to know what other people in Trump's camp may have been the subject of these reports. Barr has commissioned at least two investigations into the Russia imbroglio within the Justice Department.

Democrats have accused the attorney general of indulging Trump's conspiracy theorizing and pursuing the investigations simply to create the appearance that some wrongdoing may have taken place.

And Biden's camp rejects allegations that he was improperly monitoring Trump's incoming administration; the reporting is based on the targets of the surveillance, Biden's team says, not on the Americans who communicate with them.

In other words, U.S. officials were getting accounts of the ambassador's phone calls with someone who's name was "masked." The officials could then ask for that name to be "unmasked" and in these cases, they saw that the person communicating with the subject of the surveillance was Flynn.

What Yates has said, in her own subsequent telling, was that she and other officials worried the Russians could blackmail Flynn because they too knew he'd lied publicly about the discussion and could threaten to expose that.

This helped prompt the FBI — which newer evidence shows was on the verge of closing its file on Flynn, satisfied that he wasn't conspiring with the Russian attack on the election — to decide to interview Flynn anyway at the White House.

Flynn told the FBI agents the same lie he'd earlier told Pence: that he hadn't discussed sanctions with Russia's ambassador during the transition period when, in fact, he had.

The political blowback over Flynn's accounts cost him his job in the White House and then prompted him to negotiate a plea agreement with prosecutors in which he admitted lying to the FBI and agreed to turn state's evidence.

Flynn's plea deal may have spared him and family members from prosecution involving other alleged lawbreaking, including unregistered foreign advocacy. But his relationship with the government soured and he and his legal team ultimately sought to withdraw the guilty plea.

In the meantime, changing political weather in Washington brought Trump, Graham and other supporters back to Flynn's side — including Barr, who ordered that the case against Flynn be abandoned altogether.

The full U.S. Court of Appeals for the D.C. Circuit is scheduled to take up that question next week.