Accessibility links
Attacking Vote-By-Mail Was Hurting Trump In Fla., Experts Say. So He Changed Course Democrats lead Republicans in mail ballot requests in the state by 600,000, leading to pressure on the president to relent in his attack on mail voting. 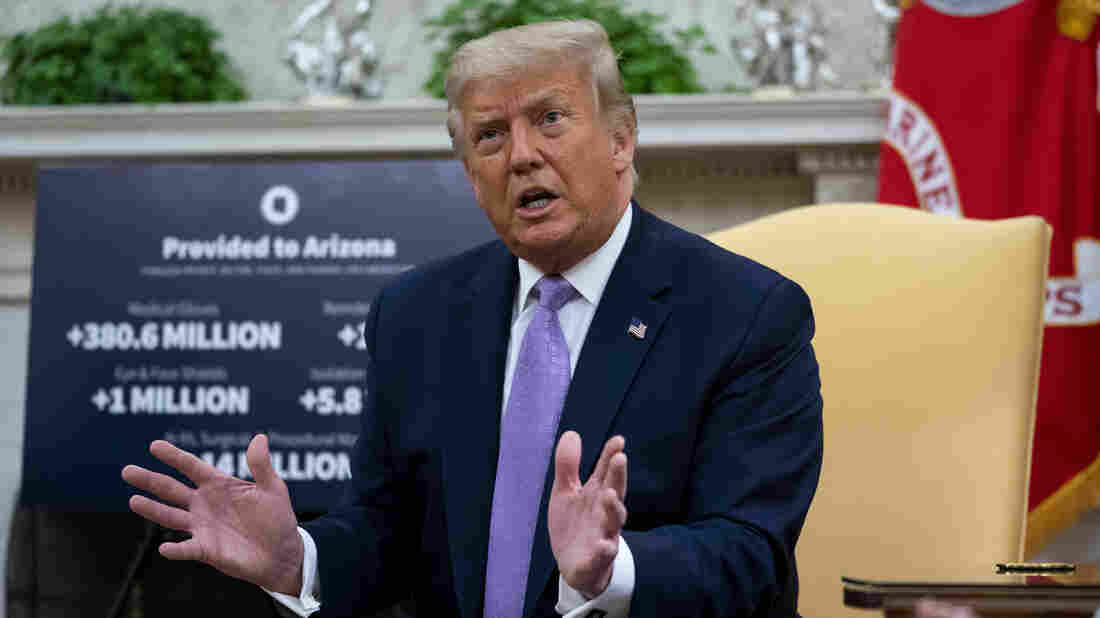 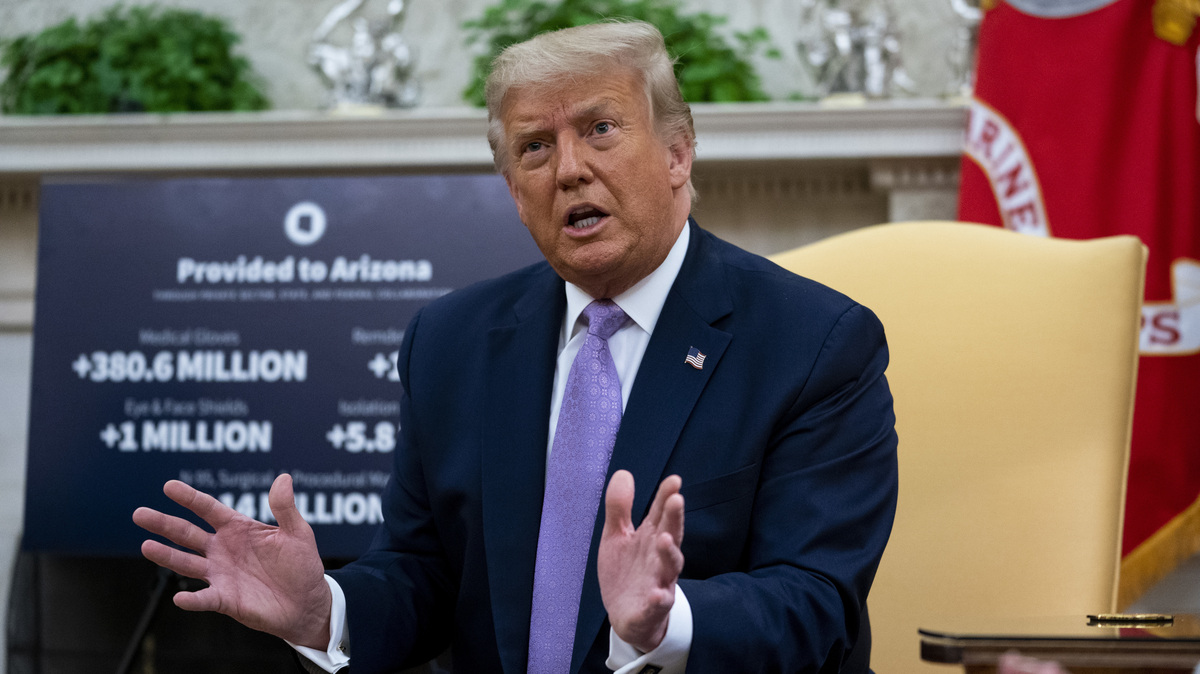 President Donald Trump speaks during a meeting with Doug Ducey, the governor of Arizona, not pictured, on Wednesday.

Florida's elections system, which has been the butt of political jokes for almost two full decades, got a reprieve this week, as President Trump seemed to indicate it was the only state he felt confident could run a vote-by-mail system.

"Whether you call it Vote by Mail or Absentee Voting, in Florida the election system is Safe and Secure, Tried and True," Trump tweeted Tuesday. "I encourage all to request a Ballot & Vote by Mail!"

Whether you call it Vote by Mail or Absentee Voting, in Florida the election system is Safe and Secure, Tried and True. Florida’s Voting system has been cleaned up (we defeated Democrats attempts at change), so in Florida I encourage all to request a Ballot & Vote by Mail! #MAGA

Similarly, in Tuesday's White House press briefing, he said the state has "really got a great system of absentee ballots," marking the first time he's expressed confidence in a state's ability to administer wide-scale mail balloting since the pandemic took hold of the U.S. in the spring.

But political experts say his compliments were less about the Sunshine State's ability to keep elections secure, and more about kowtowing to a political reality: he can't win the state if Republicans there feel like they can't vote by mail.

"Florida is an absolute must-have for Trump and everyone knows that, and he knows it as well," said Susan MacManus, a political science professor at the University of South Florida. "And if he suddenly, through attacking vote-by-mail, keeps a substantial group of Florida voters from going to the polls, that's not good for his chances of winning."

Those in Trump's inner circle shared similar concerns, according to The Daily Beast.

MacManus said Trump also faced pushback from Republicans in the state who alerted him to the fact that Democrats were capitalizing on his comments and building a substantial lead in the amount of vote-by-mail requests.

As of Wednesday, more than 600,000 more Democrats had requested mail ballots than Republicans, according to the University of Florida's Michael McDonald. For comparison: in the 2018 governor's race, Republican Ron DeSantis beat Democrat Andrew Gillum by fewer than 50,000 votes.

Similarly, a recent CNN/SSRS poll found that 59% of voters who "lean Democratic" said they would prefer to vote via mail ballot compared to just 21% of Republican-leaning voters.

"This is a state where elections are won by a half or one percent only," MacManus said.

In an NPR interview earlier this summer for instance, Attorney General William Barr indicated that he was comfortable with states allowing mail ballots for cases where someone would be "traveling around the world" but that allowing universal access to mail balloting would lead to rampant fraud.

Yet Florida has allowed voters to cast mail ballots without an excuse for well over a decade, since 2002. And traditionally, it's been Republicans who have benefited from that policy according to Mac Stipanovich, a longtime Republican strategist in Florida who recently left the GOP because of Trump.

The deadline for Florida voters to request a mail ballot is Oct. 22. The question, according to McDonald, is whether Trump's recent about-face on the security of Florida's mail ballot system will help make that true once again.