Accessibility links
Ekene Ijeoma's 'A Counting' Lets Us Hear Which Voices Count In The 2020 Census Nigerian American artist Ekene Ijeoma is an MIT professor who draws on sound and data to explore representations of social justice. He's working on a "voice portrait" of the census called A Counting. 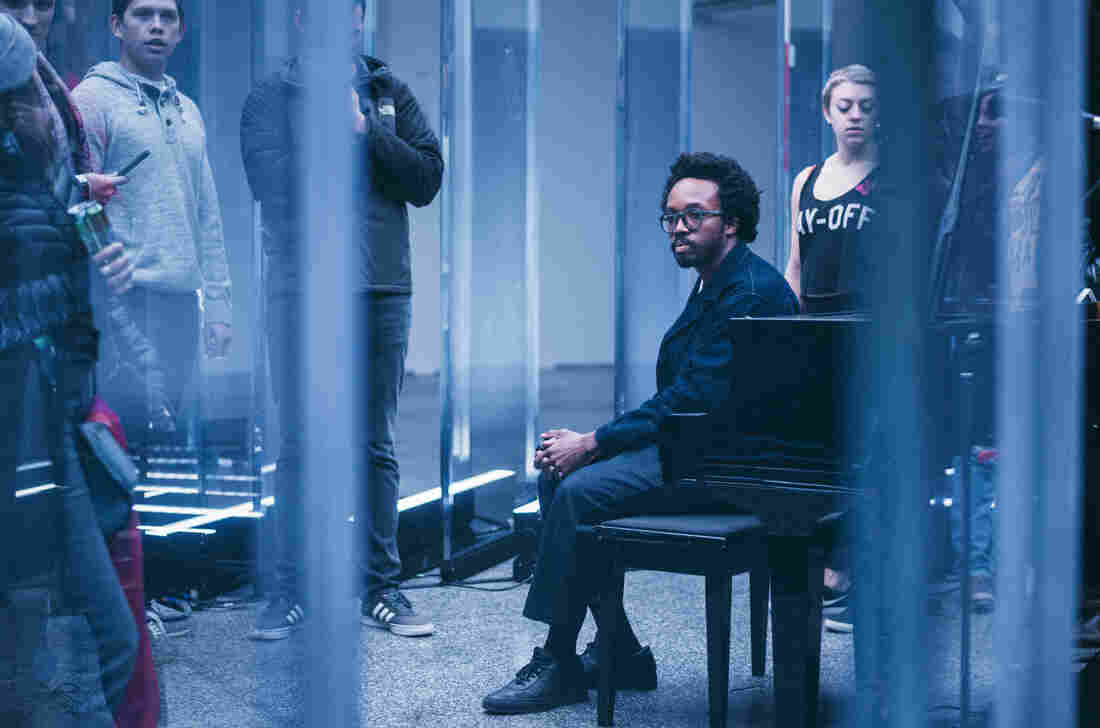 Artist Ekene Ijeoma on the set of "Deconstructed Anthems" at Houston's Day For Night Festival in 2017. Katrina Barber /Resnicow and Associates hide caption 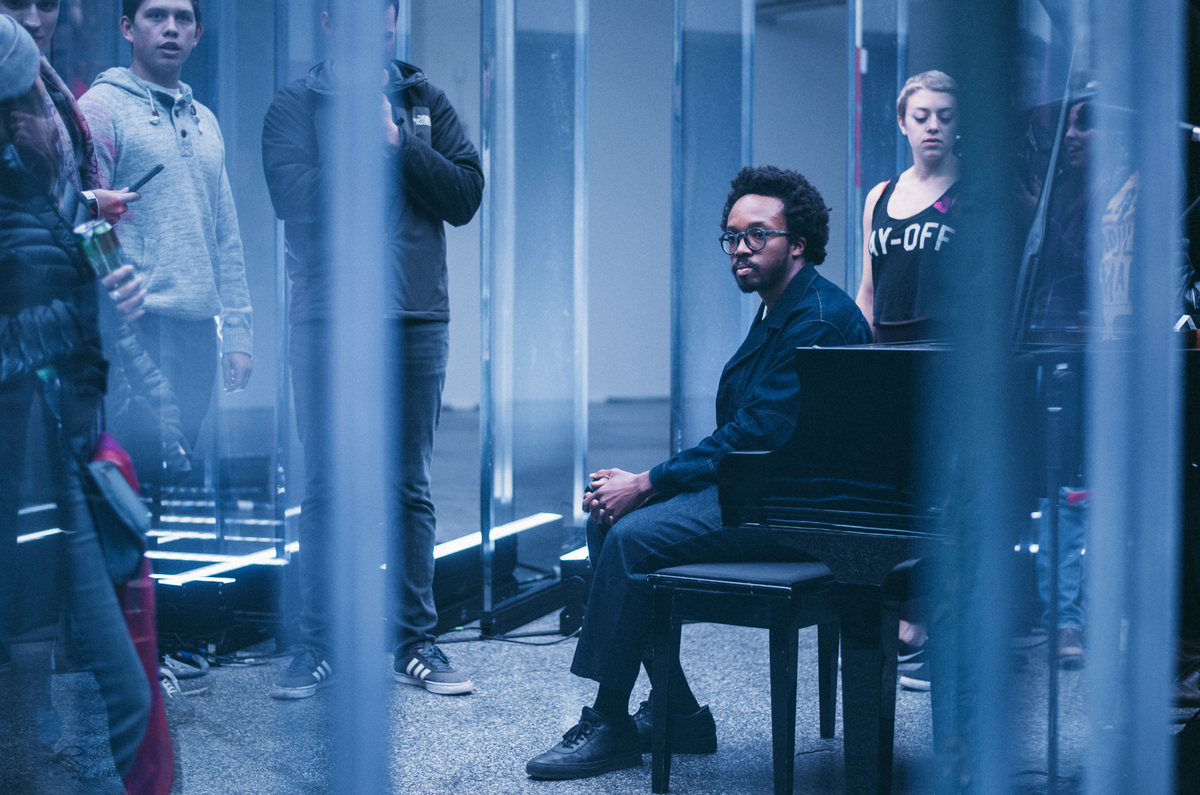 Artist Ekene Ijeoma on the set of "Deconstructed Anthems" at Houston's Day For Night Festival in 2017.

When conceptual artist Ekene Ijeoma decided to deconstruct a monument, he picked a song, not a statue.

Like a bronze general in a park, "The Star-Spangled Banner" written in 1814, is intended to evoke a sense of national identity and pride. But Ijeoma, an artist who uses data to explore social justice in his work, created an algorithm that erases a certain percentage of notes as the song is being performed. He wanted the revamped anthem to reflect current rates of mass incarceration.

The familiar music sounds strange and haunting. (You can see a 2018 Kennedy Center performance of "Deconstructed Anthems" online, as well as a 2017 performance at the Day For Night Festival in Houston.)

"The removing of notes from "The Star-Spangled Banner" represents every black person who was systematically removed from their families and communities that year," Ijeoma explained during a speech at the 2019 Creative Capital Artist Retreat.

Emmy-winning composer Kris Bowers worked with Ijeoma on the arrangement. He says depending on the year, different iterations of "Deconstructed Anthems" might remove all sharps or flats, or accidentals, he says. Because "The Star-Spangled Banner" was written by a slaveholder, performing the piece has affected him, Bowers says, in surprising and emotional ways.

"It almost illuminated in me a feeling I've had since childhood," he told NPR. "This feeling that something rings a little false about the words we're saying because of how my community's been treated since the beginning. This way, it felt a little more representative of what's been happening to our country and the Black community in our country."

I've always been trying to bridge the gap between facts and feelings.

Ekene Ijeoma is a first-generation Nigerian American who grew up in Fort Worth, Texas. At 36, he's lean and bespectacled, with a flat, dry affect that's occasionally punctuated by a surprisingly explosive laugh. Now a professor at MIT, Ijeoma describes himself as drawn to art and science since childhood. He attended Rochester Institute of Technology because, as he explained to the online magazine Dazed, he believed the college to be closer to New York City than it actually is. In most of his work, Ijeoma combines design, architecture and performance with technology and data.

The artist worked with an epidemiologist to create a 2018 sculptural work called "Pan-African AIDS," in which he uses etched plexiglass panels to sharply contrast rates of infection in Africa and the United States.

That same year, Ijeoma re-imagined a former Robert E. Lee monument in New Orleans for The New York Times. An early internet work, 2014's "The Refugee Project" breaks down data to explain the ongoing crisis of more than 20 million displaced people around the world.

"I've always been trying to bridge the gap between facts and feelings," Ijeoma told NPR.

Right now, Ijeoma's A Counting invites Americans to participate in an audio portrait of the United States by calling a number he's set up and counting to 100 in the languages they grew up speaking. It's intended, in part, to reflect upon the 2020 census — and how the census historically has undercounted marginalized communities.

Call 917-905-6647 or visit a-counting.us to participate in and experience our new nationwide public art project! Nearly a year from today I founded the Poetic Justice group at MIT Media Lab and we’ve finally released our first project, A Counting, a participatory public art project! So happy with my small group for patiently working on this for months. A Counting is a series of voice portraits of U.S. cities created in response to the US census which has historically misrepresented and miscounted non-White and non-English speaking communities. Starting today with the NYC edition we’re counting to 100 using as many of the 600 languages as we can! ⠀ Thanks to all the nearly 1k people who already called and 30+ who transcribed 🖤🙏🏿 We have 800+ calls that need to be transcribed so please share! #ekeneijeoma #poeticjustice #thepeople #acounting #juneteenth #publicart #participatoryart #mediaart #census2020

"Not everyone was counted as a whole in the census," Ijeoma observes. He's tailored some versions of A Counting to specific U.S. cities, like New York, where the first number is always spoken by a member of an indigenous tribe, such as the Lenape.

Recent news about the census deadline moving to Sept. 30 has concerned some critics who worry it will adversely affect a process already disrupted by the pandemic, at the expense of those who would benefit most.

Data paints a picture of who we are, Ijoma says. He makes that picture art.