Accessibility links
NOAA Now Predicts Up To 25 Named Storms In The Atlantic Hurricane Season "We've never forecast up to 25 storms," says a NOAA expert. The expected spate of storms in 2020 could force meteorologists to resort to using the Greek alphabet to name storms later this year. 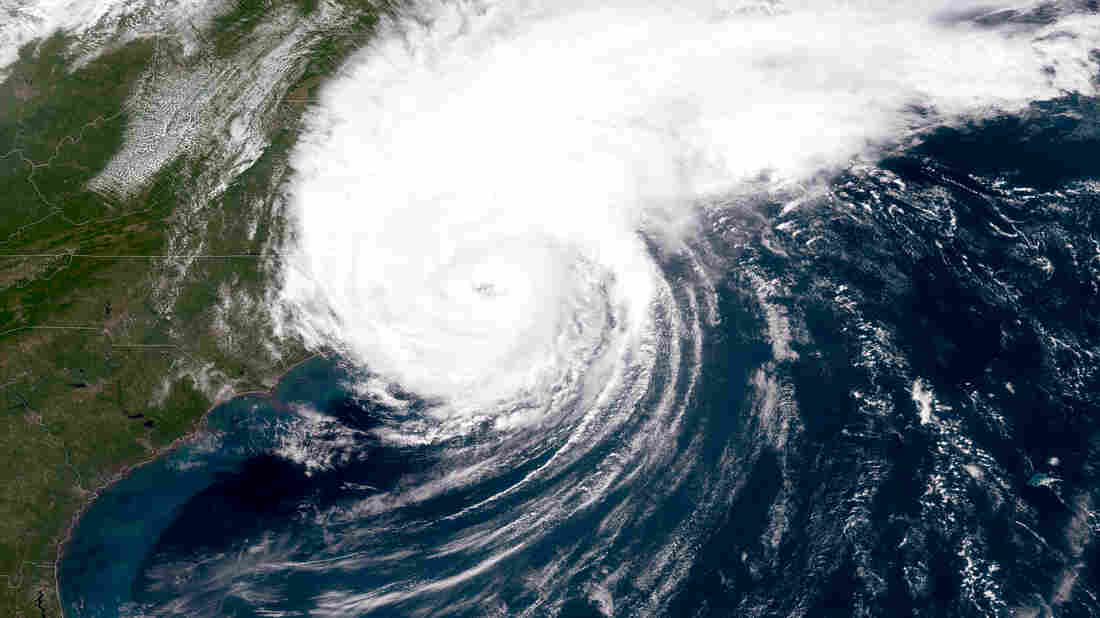 There is an 85% chance of 2020 being an "above-normal" hurricane season, the National Oceanic and Atmospheric Administration said on Thursday. Here, a NOAA GOES-East satellite image shows last year's Hurricane Dorian, which made landfall on North Carolina's Outer Banks on Sept. 6. Hurricane Isaias made landfall in North Carolina earlier this week. NOAA/Getty Images hide caption 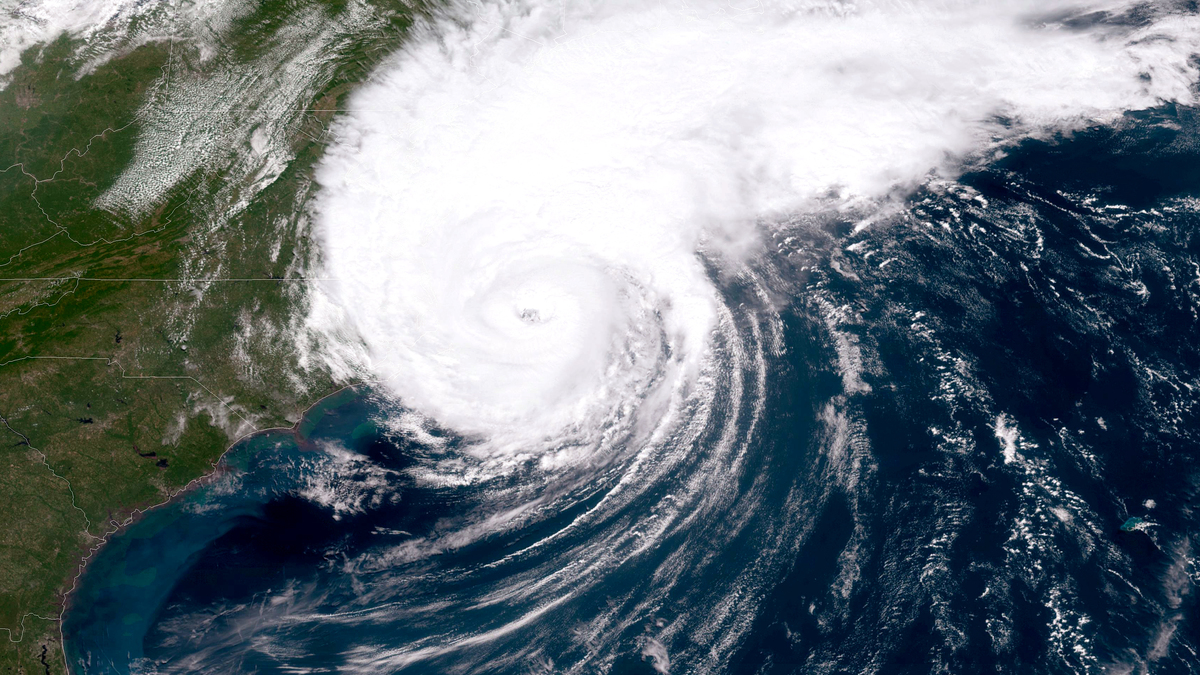 There is an 85% chance of 2020 being an "above-normal" hurricane season, the National Oceanic and Atmospheric Administration said on Thursday. Here, a NOAA GOES-East satellite image shows last year's Hurricane Dorian, which made landfall on North Carolina's Outer Banks on Sept. 6. Hurricane Isaias made landfall in North Carolina earlier this week.

The 2020 Atlantic hurricane season is off to a record start – and it will only get worse as the season's traditional peak begins next week and will run through October. The latest estimates call for nearly twice the normal number of named storms this year.

Even before Aug. 1, nine named storms had already formed – "the most ever recorded since the satellite era began in 1966," according to the National Oceanic and Atmospheric Administration.

The 2020 season will likely bring from 19 to 25 named storms, said Gerry Bell, lead seasonal hurricane forecaster at NOAA's Climate Prediction Center. That figure includes the nine storms that have already been named.

"We've never forecast up to 25 storms," Bell said in a telephone briefing about the new forecast. "So this is the first time."

The previous high, Bell added, was the maximum 21 storms that were predicted in 2005 — which became a record-setting hurricane season in the United States.

The current pace is far ahead of historic norms: By early August, only two named storms have usually formed, and the ninth storm, such as the recent Hurricane Isaias, doesn't usually arrive before October.

To become a named storm, a system must have maximum sustained winds of 39 mph or greater.

The expected spate of storms in 2020 could force meteorologists to resort to using the Greek alphabet to name cyclones if the list of 21 storm names selected by the World Meteorological Organization is exhausted before the season ends.

As he announced the increased forecast, Bell added that the predictions do not necessarily mean that all of the storms will make landfall, noting that other weather patterns will affect the number of hurricanes that come ashore. But Bell and National Weather Service Director Louis Uccellini said people on or near the coasts should be mindful of the increased risk and prepare accordingly.

"This season is shaping up to be one of the more active seasons on record," Uccellini said.

There is now an 85% chance of 2020 being an "above-normal" season, Uccellini said, noting that NOAA's initial hurricane outlook in May had found only a 60% chance of an above-normal season.

Uccellini added, "There is also a much higher potential for this season to be classified as an extremely active season."

The boost in hurricane formation is driven by sea surface temperatures that are much warmer than usual as well as prevalent wind conditions, weather officials said.

From 1981 to 2010, there have been an average of 12.1 named storms in the Atlantic season, according to Colorado State.

The only time Greek letters had to be used for storm names was in 2005 — a record-breaking year for communities along the Atlantic Ocean when major storms such as Katrina, Rita, Dennis and Wilma caused chaos.

Climate change has been tied to the more common occurrence of major hurricanes globally as well as the rising number of hurricanes in the Atlantic. In addition to strong winds, many of the most dangerous storms in recent years have brought tremendous amounts of rain – creating new threats to people and infrastructure far inland from the coast.

The 2005 season left thousands of people dead and caused billions of dollars in damages. As is the case this year, meteorologists cited warm water in the Atlantic and low wind shear as the driving causes for that busy season. Bell said that while the two years are similar, conditions were even more conducive for hurricanes in 2005.

"We're not expecting them to be that favorable" in 2020, Bell said. "We've seen more conducive conditions" in other years, he added.

The last hurricane of the 2005 season was Hurricane Epsilon, which formed far out in the Atlantic in late November. It was followed a month later by Tropical Storm Zeta, which formed on Dec. 30.

The remaining storm names for the 2020 season are: