Accessibility links
With Focus On Redistricting, Democrats Place New Emphasis On Statehouses After the 2010 census, Republicans flipped 20 state legislative chambers, seizing control of mapmaking in many states. This year, Democrats are making sure they're mobilizing. 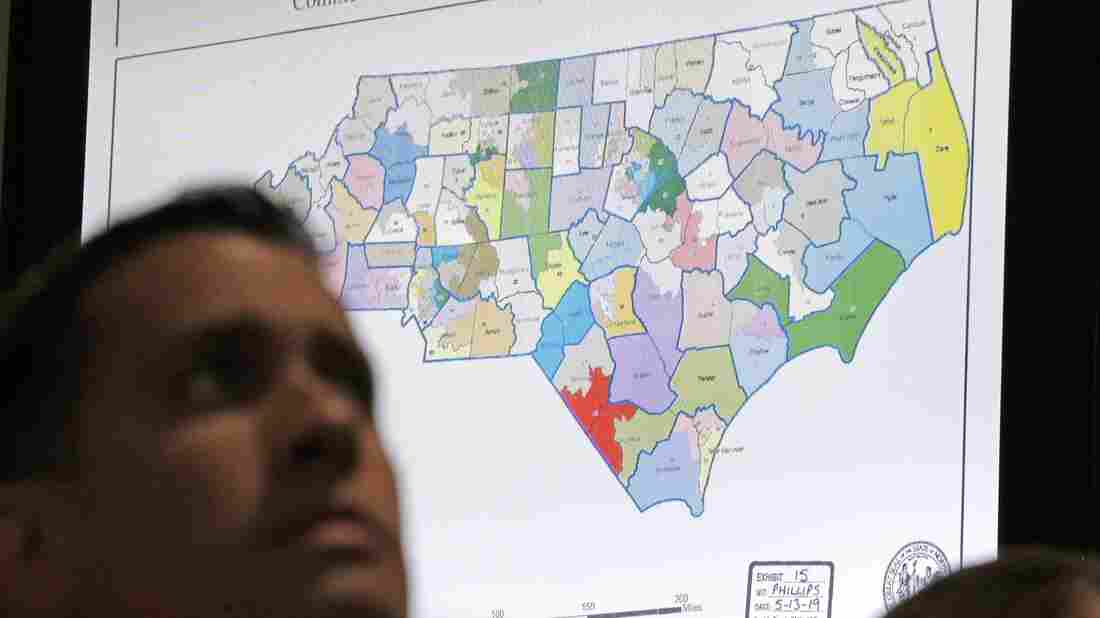 A North Carolina map is shown in Wake County Superior Court during a 2019 redistricting trial. Republicans and Democrats are preparing for a battle of state legislative supremacy that could have a big effect on political power for the next decade. Gerry Broome/AP hide caption 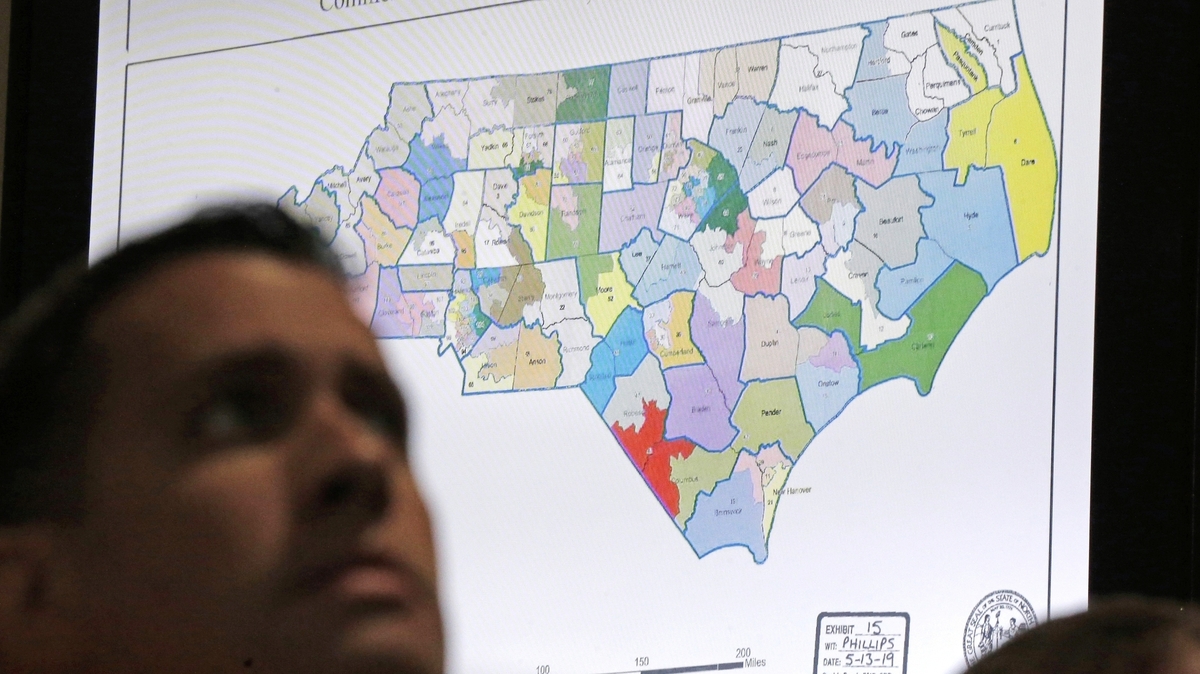 A North Carolina map is shown in Wake County Superior Court during a 2019 redistricting trial. Republicans and Democrats are preparing for a battle of state legislative supremacy that could have a big effect on political power for the next decade.

Ten years ago, Republicans flipped 20 state legislative chambers, seizing control of district mapmaking in many states after the decennial census. That cemented GOP dominance at the state and congressional levels for most of the last decade.

This time, Democrats are making sure they're mobilizing.

"The Democrats have finally awoken that there is a thing called state legislatures out there in the country," said Austin Chambers, president of the Republican State Leadership Committee, whose REDMAP project is credited with helping the Republican Party win at the state level in 2010.

With another round of mapmaking on the line, there are battles this year for statehouse control in places such as Wisconsin and Florida — and in surprising states like Kansas, where Democrats are trying to break a Republican supermajority in the legislature. Texas is also a target, as Democrats hope to win a House majority.

And then there is one of the biggest prizes: North Carolina.

The state is expected to get at least one new seat in Congress. The party that controls the North Carolina General Assembly will draw that map.

Republicans in North Carolina seized power in the state legislature in 2010, after Democrats had controlled both chambers for most of the last century.

The GOP then drew new gerrymandered maps, both for state legislative seats and the state's 13 congressional districts.

Firmly in power, Republicans set out to move the state to the right, with laws such as 2016's "bathroom bill," which mandated that people in government buildings use the bathroom that matched the sex on their birth certificate. They also passed a photo ID law. (Democrats sued over both the photo ID law and North Carolina's new maps. Courts have halted the photo ID law and made the state redraw the maps.)

Expert Warns Of 'Real Festival Of Partisan Gerrymandering' In 2021

A new map for a Democrat's district

Two years ago, Democrats broke Republican supermajorities in the North Carolina House and Senate by flipping seats in Charlotte and Raleigh that had been trending Democratic for a decade.

But that low-hanging fruit is gone.

Now, to claim a majority in either chamber, they must win in places where President Trump won easily four years ago. These are suburban and rural districts that are often whiter and older.

One includes Gibsonville, a town of 7,000 people that's 20 minutes from Greensboro, the state's third-largest city. Gibsonville is the kind of place that many national Democrats have abandoned on the campaign trail.

She said she's engaging with all voters and urging them to think about her issues — not her political party.

"At the end of the day, is it going to make a difference that I support sensible gun legislation? There's some voters who aren't going to vote for me," she said. "But again, I'm trying to appeal to those issues that matter to families."

One reason Quick may stand a chance here: The new court-ordered maps last year made her district more competitive.

Quick said she supports turning mapmaking over to an independent commission instead of letting the party that's running the legislature draw the lines. California and a handful of other states have created such commissions.

"Democrats were guilty of [gerrymandering] in the past," she said. "There's that temptation that when you are in power to try and hold onto power, and that's why I support independent redistricting — to take that temptation away."

Quick's campaign is getting a financial boost from groups like Future Now and the National Democratic Redistricting Committee, which is led by former U.S. Attorney General Eric Holder.

"During the last round of redistricting, I think it's fair to say that there wasn't the attention paid to redistricting and gerrymandering that is paid to it now," said Garrett Arwa, the NDRC's director of campaigns.

North Carolina Republicans say Democrats' lawsuits over maps aren't about fairness — just about getting power. GOP state Sen. Ralph Hise said that if Democrats win, they would likely appoint most members of an independent commission.

"I have no faith in any commission appointed by members of a partisan board that would suddenly become nonpartisan once it's handed power," Hise said.

The GOP also reminds Democrats that they had almost complete legislative power for decades and that their maps were also gerrymandered.