Accessibility links
Save The Parasites? Scientists Warn They're Endangered Too Scientists say parasites are important parts of ecosystems, but many are at risk of extinction. So, they're calling for a parasite conservation movement. 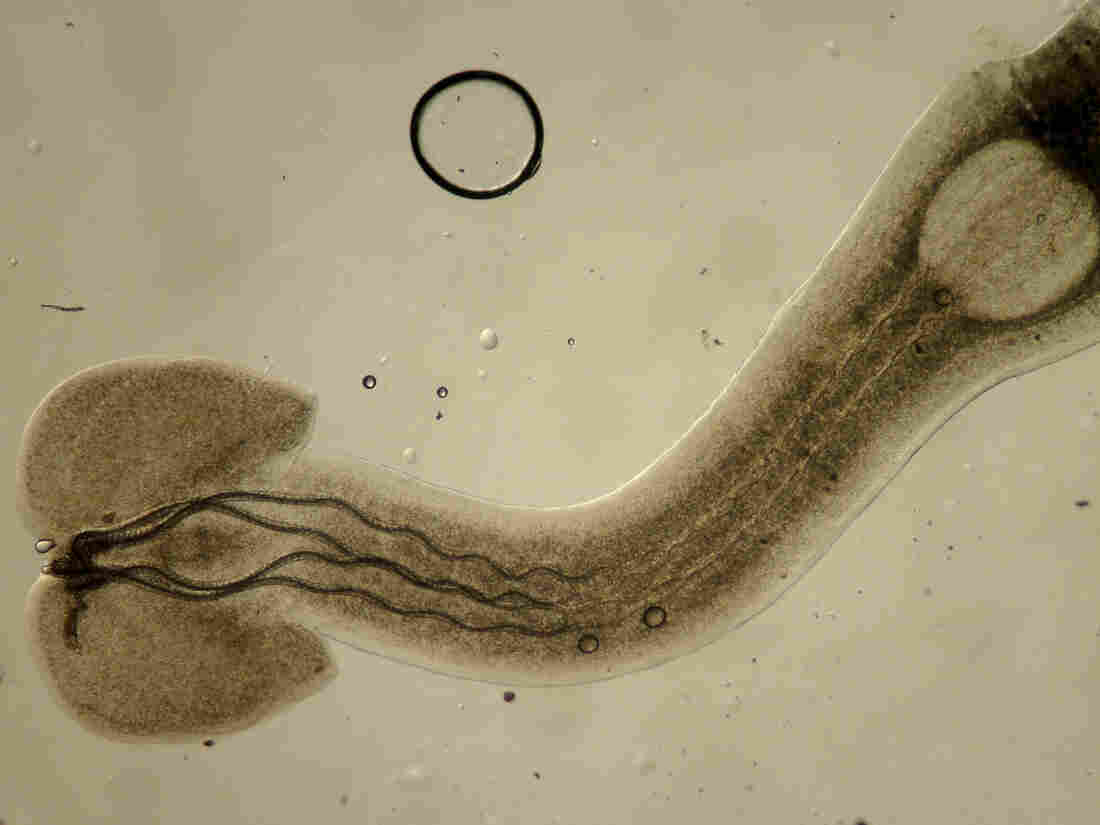 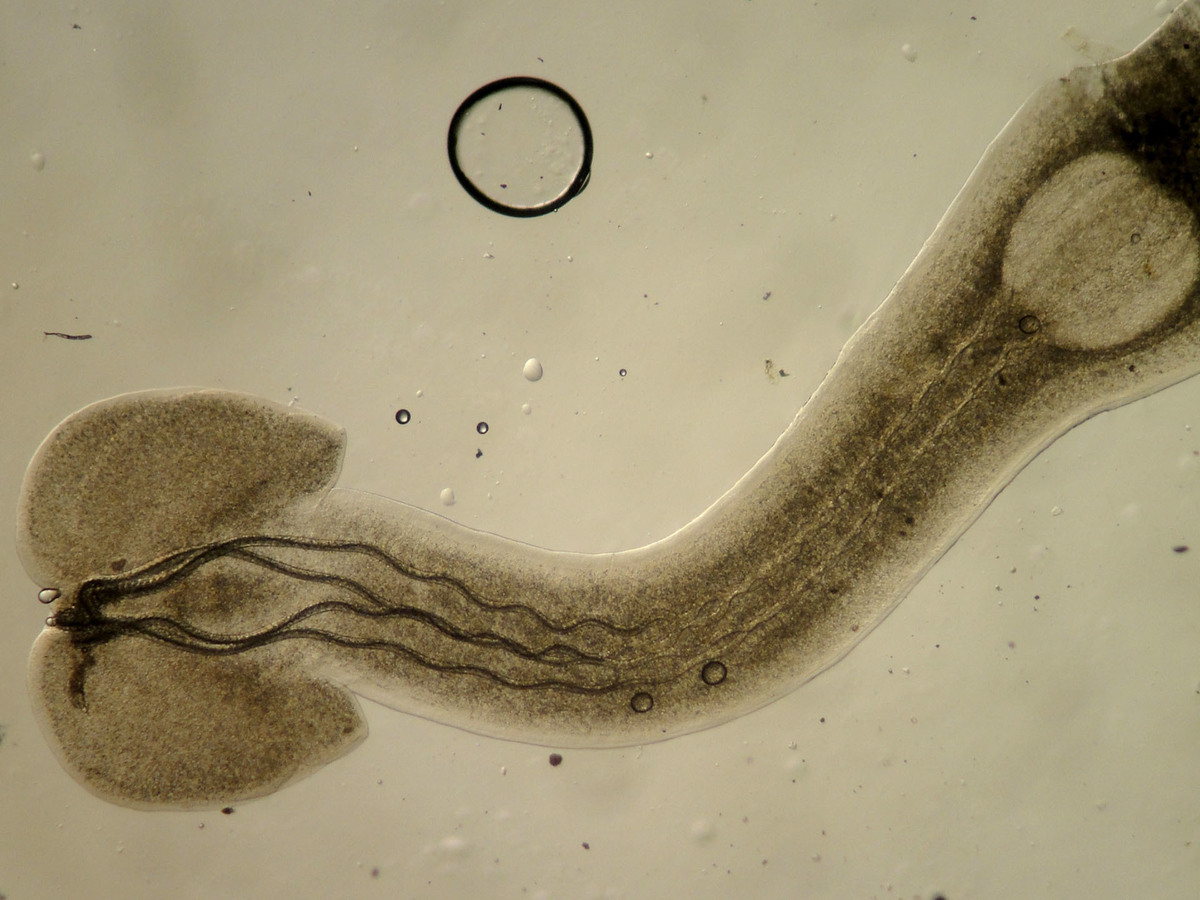 They're wiggly and slimy and live inside the flesh of other animals. Now, scientists are making a new case for why they should be saved.

Parasites play crucial roles in ecosystems around the world, making up around 40% of animal species. As wildlife faces the growing threats of climate change and habitat loss, scientists warn that parasites are equally vulnerable.

That's why a team of scientists has released a "global parasite conservation plan."

"Parasites have a major public relations problem," says Chelsea Wood, assistant professor at the University of Washington's School of Aquatic and Fishery Sciences. "Most people don't really like thinking about them, but the fact is they're really important in ecosystems."

In both scientific research and conservation efforts, parasites haven't always gotten much love. Potentially millions of species are still unknown to scientists, who estimate that only around 10% of parasites have been formally identified.

"We know nothing about them," says Skylar Hopkins, assistant professor of applied ecology at North Carolina State University. "We don't even know their names, and we definitely don't know what they're doing within ecosystems."

Even known parasites present scientific mysteries, like how some use mind control to change how their hosts behave. Nematomorpha, also known as hairworms, can do that to crickets.

"When they're in the cricket, they manipulate the cricket's behavior, making the cricket jump into water, basically committing cricket suicide," says Hopkins.

Once in the water, the shockingly long hairworm bursts out of the cricket to complete its life cycle. (Here's a video of that. Let's just say: You've been warned.)

Other parasites can tip the balance of food webs, helping keep some animals from becoming too abundant.

In some California ponds, one species of flatworm, Ribeiroia ondatrae, begins as an egg inside a bird. From there (after exiting the bird's back end), it goes into a snail and then into a frog. But to finish its life cycle, it needs to get back inside a bird. So the flatworm causes growth deformities in the limbs of frogs, making it easier for birds to catch and eat them. 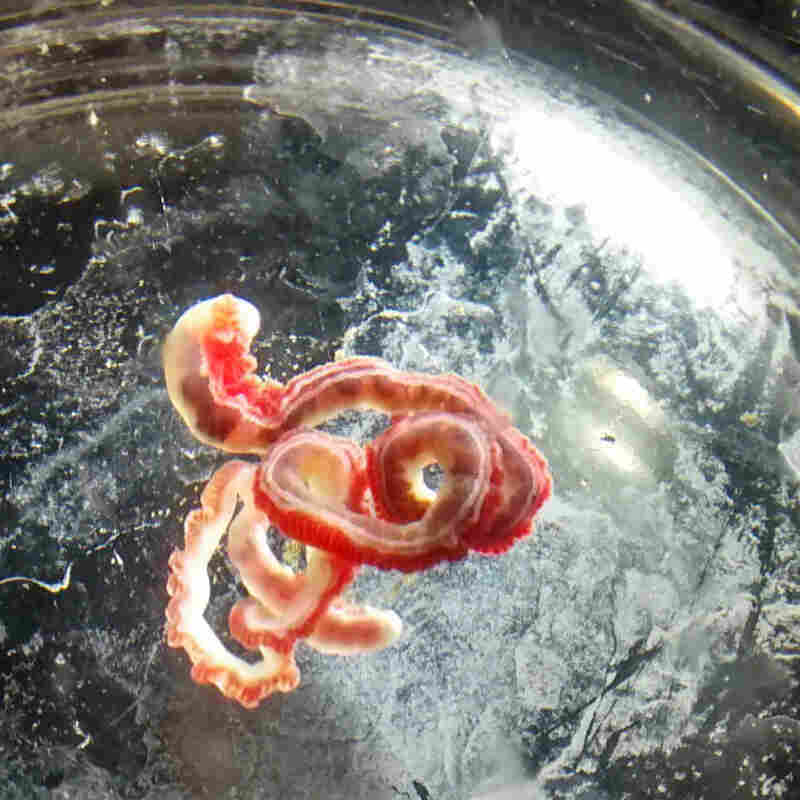 A parasitic flatworm found in the bile duct of a swell shark. Skylar Hopkins hide caption 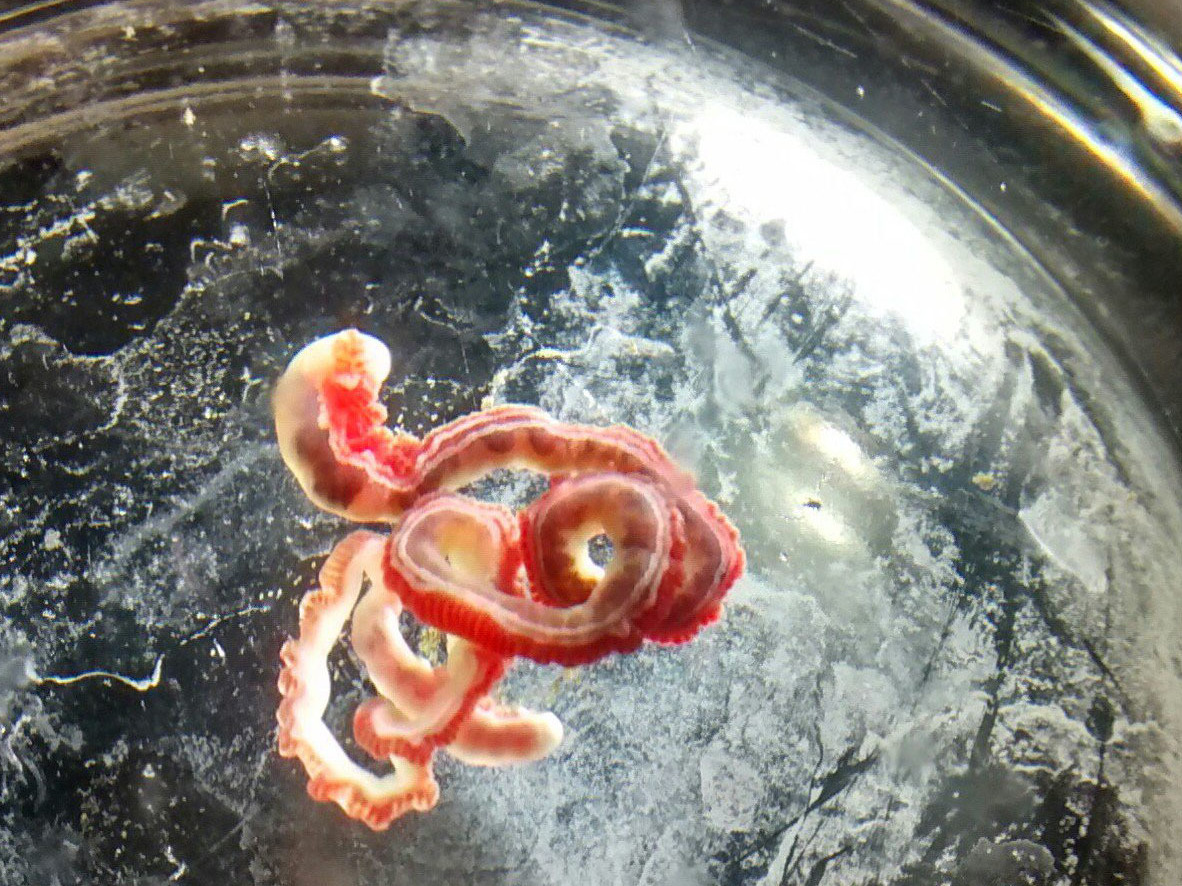 A parasitic flatworm found in the bile duct of a swell shark.

That worm depends on three different animals throughout its life, but some species can depend on even four or five.

"How does something so complicated evolve?" asks Wood. "When you see how common it is across the parasite tree of life, you just have a lot of appreciation for the hurdles these organisms have to jump over just to complete one turn of the life cycle."

Wood and her colleagues found that as bird biodiversity declines, some parasite species also decline as a result.

"We think that about 1 in every 10 parasite species might be threatened with extinction in the next 50 years just from losing their habitat," says Colin Carlson, assistant professor and biologist at Georgetown University. "But when we account for that they might also lose their hosts, it pushes it closer to about 1 in every 3 species of parasite."

Even though a host animal may be considered endangered, its parasites rarely are. Only a handful of parasite species are designated as endangered under the U.S. Endangered Species Act or the IUCN Red List of Threatened Species.

The parasite conservation plan recommends using those lists to protect the parasites that also depend on those endangered species.

To be clear, the plan doesn't recommend protecting human parasites or those of domesticated animals. But for millions of others, it calls for new research, outreach and ensuring that parasites are included in conservation and restoration plans.

"Conservation often talks about this metaphor: If you pull the nails out of the side of an airplane one by one, how many can you take out before the plane can't fly?" says Carlson. "And we're looking at that with parasites now. If we see the total collapse of parasitic ecosystems, we have no idea what that's going to do."

Still, in terms of public support, parasites may have a long way to go.

"It is the wolves and the grizzlies and the polar bears — mostly the mammals — that really get people's attention," says Jacob Malcom, director of the Center for Conservation Innovation at Defenders of Wildlife.

Still, Malcom says parasites deserve that attention too. Focusing on charismatic species can have the added benefit of protecting parasites and other animals at the same time. Preserving habitat for one central animal means it acts as an "umbrella species," simultaneously protecting an ecosystem for other organisms.

So, what are the chances that Defenders of Wildlife launches a "save the leeches" campaign?