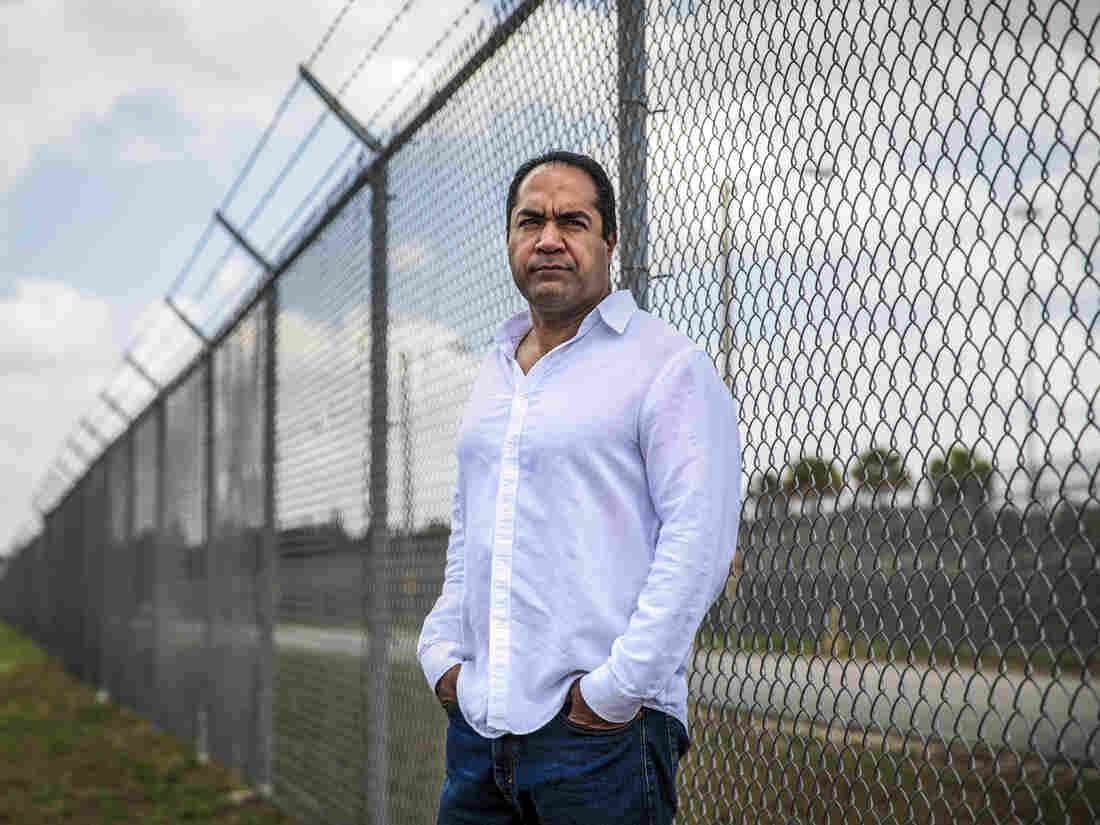 Kareen Troy Troitino, a guard at the Federal Correctional Institution, stands outside the Miami facility in April. Scott McIntyre for The Washington Post via Getty Images hide caption 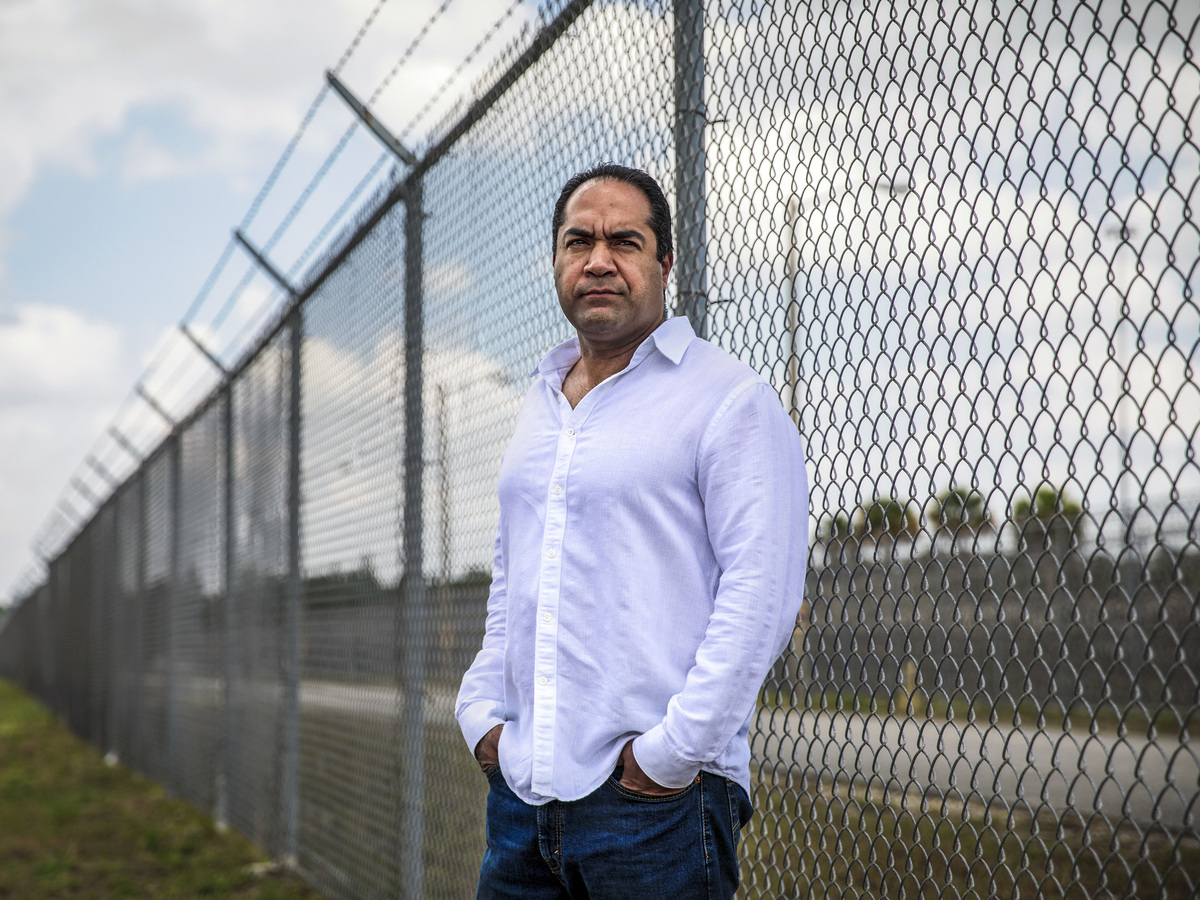 Kareen Troy Troitino, a guard at the Federal Correctional Institution, stands outside the Miami facility in April.

Scott McIntyre for The Washington Post via Getty Images

For the first few months of the coronavirus pandemic, correctional officer Kareen "Troy" Troitino says things were "pretty relaxed" at FCI Miami. There were no cases of COVID-19 at the low-security federal prison, which currently houses some 1,000 inmates.

That all changed, he says, early last month. "And then on the week of the Fourth of July, we had one case, and then it just spread in one week. I mean, tremendously. It's like wildfire. And you don't even see the fire because you don't know who has it until it's too late."

Troitino, president of the union local that represents correctional workers at FCI Miami, is a plaintiff in a suit being brought against the Bureau of Prisons and several other federal agencies, seeking hazard pay for at-risk essential workers.

Troitino says the only protective equipment the Bureau of Prisons issued to workers in Miami were surgical masks. "One employee walked into work. He did not show a fever. He passed our screening procedures. He was positive. And that one employee spread it to numerous inmates. And then that's it. Ever since then, it's been a disaster."

Some 6,000 federal employees are expected to have contracted COVID-19 on the job as of this week, and as many as 60 have died, according to a Department of Labor report issued last month.

Heidi Burakiewicz, a Washington, D.C., attorney who brought the suit in collaboration with the American Federation of Government Employees, says such federal workers "are risking their health and safety to go to work. They have the types of jobs that are necessary to keep the country up and running and safe."

Burakiewicz says federal law requires that employees exposed to hazards, including "a virulent biological disease such as COVID-19," are entitled to hazardous duty pay, "but the government's not paying it to them."

NPR reached out to the Bureau of Prisons, which said it would not comment on the suit, citing the pending litigation.

We're risking our lives not just to put food on the table for our families but also to protect society.

A wide range of workers should be receiving the hazard pay, Burakiewicz says, which would amount to a 25% increase in their salaries.

They include Veterans Affairs employees, Agriculture Department meat inspectors, Social Security employees who are processing Social Security benefits, Transportation Security Administration employees who are screening large numbers of people through airports, mine inspectors and security guards on military bases "who have to come into contact with a large number of employees entering and exiting the military bases." All of them, the suit contends, should be receiving the hazardous pay differential.

In all, Burakiewicz estimates as many as 100,000 federal workers should be getting hazard pay.

Burakiewicz is concerned about employees who have been working from home and who may soon be called back into the office unnecessarily, she says, exposing the workers already there.

In Miami, Troitino says the average correctional worker makes $600 a week working in a dangerous environment that, he says, has become more dangerous. "It's an enormous hazard. And we're risking our lives not just to put food on the table for our families but also to protect society. And it seems like no one, no one cares."

The government has until next month to respond to the lawsuit.