Accessibility links
Democrats Fear Attorney General Barr Has 'October Surprise' Attorney General William Barr says he won't take any action to influence the presidential election, but looming in the background is a probe apparently focused on the Obama administration. 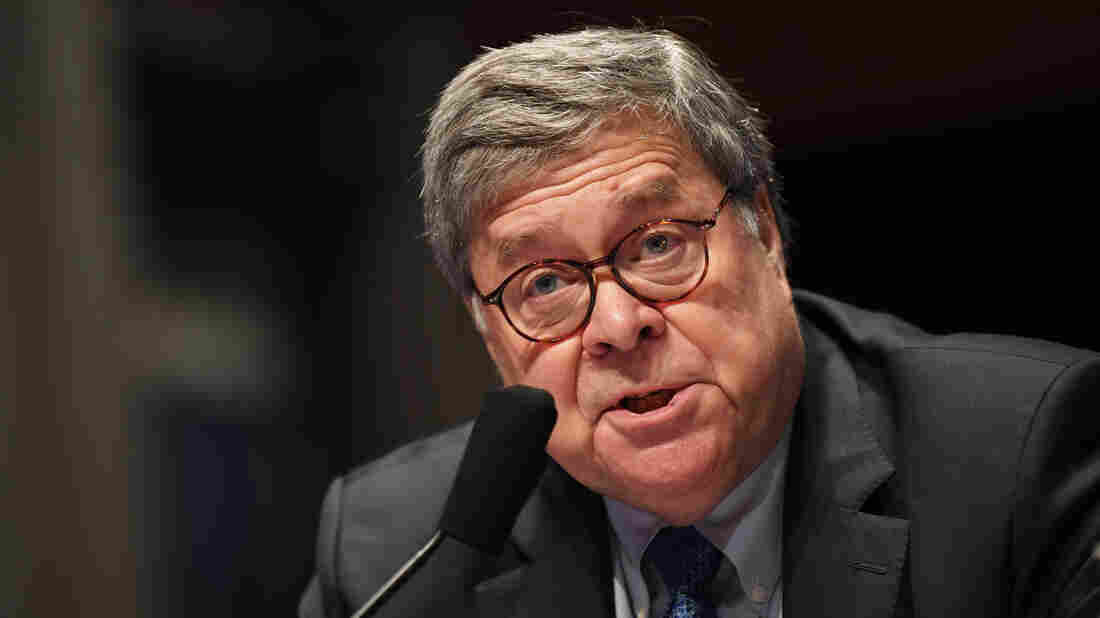 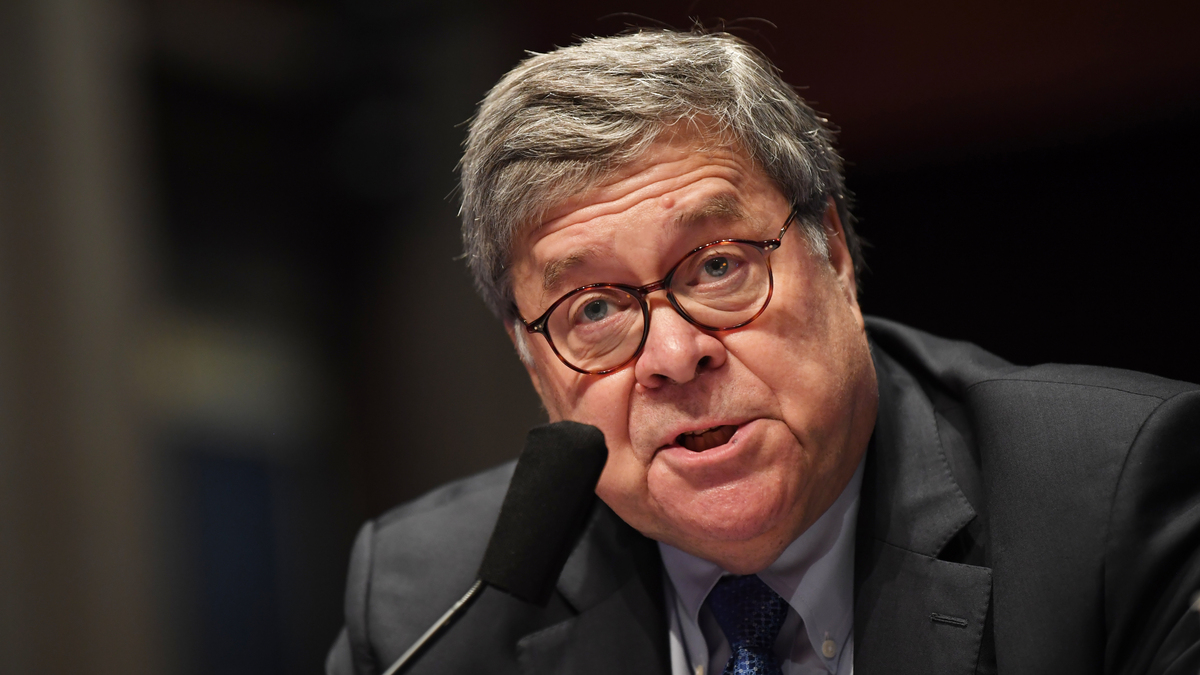 Attorney General William Barr has promised the Justice Department will not take any action to influence the upcoming election. But Democrats and department veterans aren't so sure about that.

In opinion pieces and letters, they warn that Barr might be preparing to spring an "October Surprise." There's one big reason for that: recent testimony from the attorney general himself.

Democrats are monitoring the status of an investigation by prosecutor John Durham, who appears to be looking at intelligence gathering and other actions by the Obama administration in 2016. Barr tapped Durham to look into the origins of the Russia investigation in May 2019.

When Rep. Debbie Mucarsel-Powell, D-Fla., asked Barr whether he would commit to not releasing any report by Durham before the November election, Barr said bluntly, "No."

Durham has been on the job for more than a year now, leading some lawyers familiar with the investigation to believe he may be close to the end. One such source told NPR that Durham has asked to interview former President Barack Obama's CIA director, John Brennan, confirming a report by NBC News.

That source said both sides are trying to iron out details for the interview, which largely involves technical questions. The source added that Brennan has been told he is not a target of prosecutors.

For his part, the attorney general said Obama and former Vice President Joe Biden, who's now running for president, are not targets in the case either, and that criminal investigations are focused on others.

One may be former FBI lawyer Kevin Clinesmith, who allegedly doctored an email used as part of a process to secure court approval to renew surveillance on onetime Trump campaign adviser Carter Page.

A second area of interest may be the leak of sensitive information to a Washington Post columnist in early 2017 about conversations that incoming Trump national security adviser Michael Flynn was having with the Russian ambassador after the election.

The full scope of Durham's probe is a closely held secret. Barr has said he expects the prosecutor will put some findings in writing in the form of a report that may be made public.

Barr told the House Judiciary Committee on July 28 that he's well aware of the longstanding Justice Department policy that bars taking action that could produce uproar in an election year. "Any report will be, in my judgment, not one that is covered by the policy," he said.

Amid uncertainty about Durham's fact-finding, and what Justice Department leaders will do about it, looms a recent historical precedent. Four years ago, actions by then-FBI Director James Comey did seem to hurt presidential candidate Hillary Clinton.

This time around, Democrats said they're suspicious of Barr. They said he misrepresented the findings of an earlier investigation, by special counsel Robert Mueller, to benefit President Trump.

"Is there such a thing as a predictable surprise?" one attorney involved in the Durham matter asked.

Judge, Shielding Cop Via 'Qualified Immunity,' Asks Whether It Belongs In 'Dustbin'

In the past year, Barr has told interviewers that the Durham probe has turned up surprising and damaging information. But the Justice Department typically avoids making comment about ongoing investigations.

This week, Fred Wertheimer of the left-leaning group Democracy 21 appealed to Durham directly in the form of an open letter on the blog Just Security. A public release of Durham's findings, or indictments, will become a campaign issue with political consequences, he said.

The letter said that if Durham gets overruled, by Barr or others, he should withdraw from the case, to avoid actions that could interfere with the presidential election and taint his "long and distinguished career."