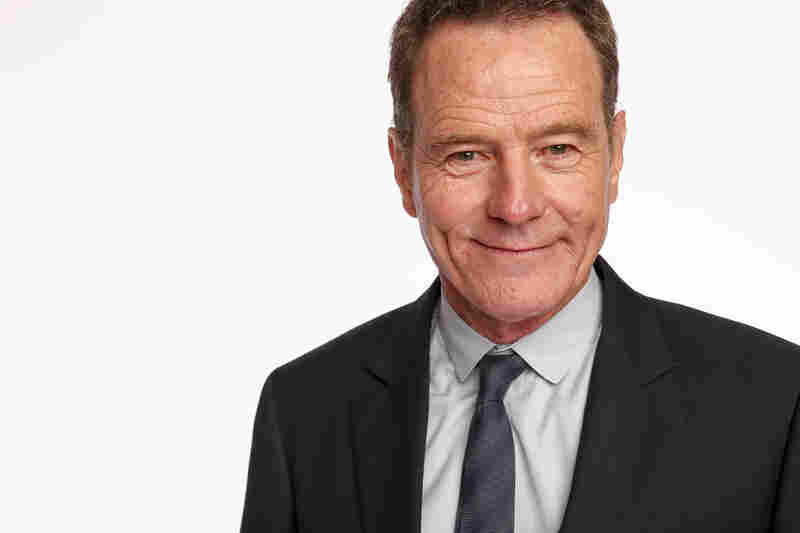 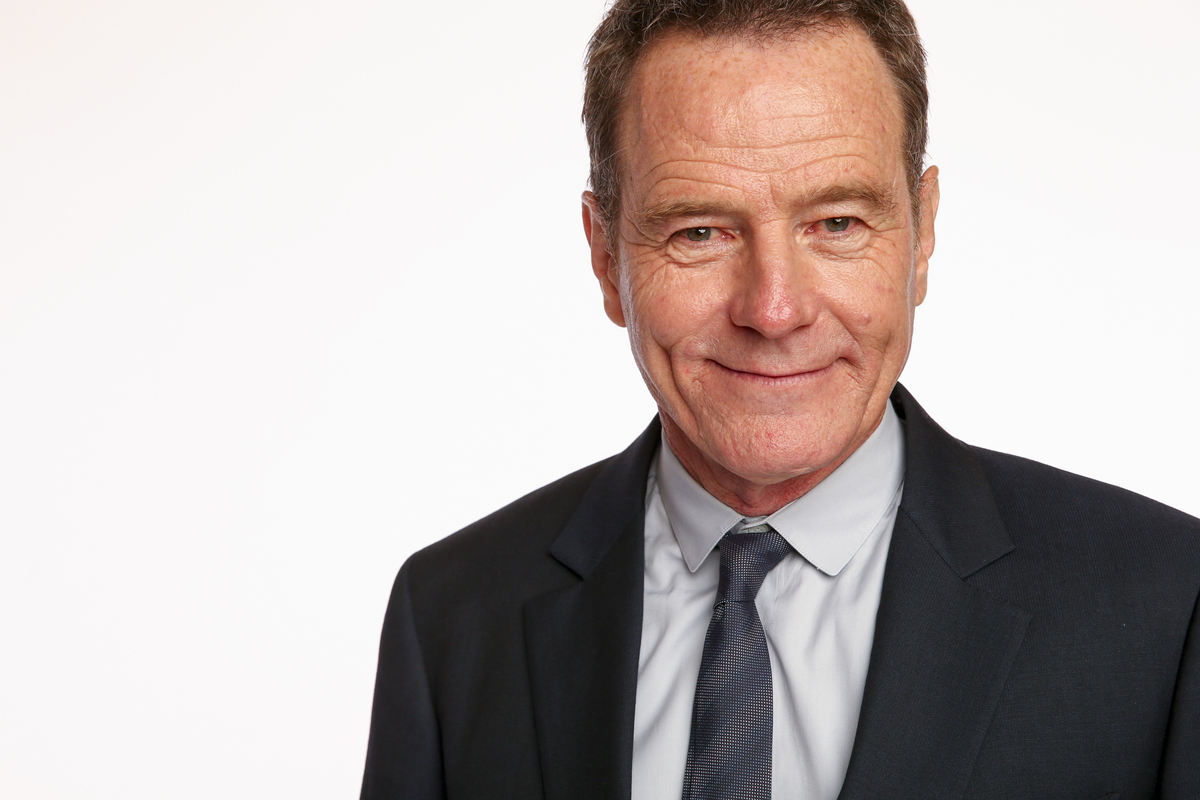 So you're casting a delightful new children's movie and you need a loveable circus ringleader ... who do you turn to but the homicidal meth kingpin from Breaking Bad? Cranston stars in The One and Only Ivan which comes out on Disney+ on August 21.

Since many of us know Cranston from Breaking Bad, we've invited him to play a game called "Braking ... good!" Three questions about safe driving, inspired by classic driver's education films of yesteryear.

And now the game where we ask people who've done a lot to do just a little bit more. It's called Not My Job. So you're casting a delightful, new children's movie, and you need a lovable circus ringleader. Who do you turn to but the homicidal meth kingpin from "Breaking Bad"? Bryan Cranston will not be typecast. He's starring in the new movie "The One and Only Ivan" on Disney+. We are delighted that he's joining us here.

BRYAN CRANSTON: Thank you, Peter. Good to be here.

SAGAL: It's great to talk to you. I've been a fan for a very long time. But first of all, we heard that you actually came down with COVID. Is that right?

CRANSTON: I did. I did early on in March, but I was very lucky. My wife and I both got it around the same time, and our symptoms were very mild. We had a little bit of achiness and about a week of extreme lethargy.

SAGAL: I have to ask - I did not hear that you had the illness until quite recently. And - but other celebrities have gotten sick and got, like, international headlines. Were you a little, like, jealous of Tom Hanks getting all the sympathy? I mean, you know?

JOEL KIM BOOSTER: I mean, he's no crybaby like Hanks.

SAGAL: Yeah. Not going to go running to the cameras.

CRANSTON: You know, I just didn't think the world needed another celebrity saying hey, but I had it, too.

SAGAL: One of the things I admire about you so much is that you spent a lot of years in the trenches. Your success was not early, to put it mildly. So you did a lot of like, you know, yeoman's work as an actor.

SAGAL: Did you ever have to work, like, odd jobs to support yourself in those early years?

CRANSTON: I did. When - I had to - I loaded trucks for Roadway International in downtown Los Angeles. This is 1980.

SAGAL: Were you of use on sets, you know, when the gaffers and the grips were like, oh, we got to move this. And walks over the star and says, oh, I can handle that.

CRANSTON: Well, I'll tell you what it has done, Peter. It has taught me how to load a dishwasher better than anyone I've ever met.

CRANSTON: ...Because our foreman used to come around, and they would always only refer to you by your last name, like, (yelling) Cranston, come on. You can do better. High and tight. Pack it. Pack it in. You know, and you're, OK, yeah, yeah.

SAGAL: Bryan, this has rarely happened. I'm always given a list by our intern who does a lot of research and suggests questions. And I'm looking down. And I'm seeing a question. And I have no idea why they want me to ask you this, but I have to because it's - well, it's provocative. Here's the question that I was told to ask you. What's Charlie Manson like in person?

CRANSTON: Yeah, that was a weird encounter when I was about 9 or 10 years old. My mom and my uncle dropped my cousin and I, a female cousin, at the Spahn Ranch. And we had been there before. It was a rental place. So we were there. We walk into the office, and some younger guy, long hair came running into the office saying, (yelling) Charlie's on the hill. Charlie's on the hill. And they jumped on horses, men and women. And they rode off in a gallop. We got our horses. And, of course, we're just clip clopping away along the same direction they went.

And about a half an hour later, we see this trail of horses coming back toward us. And there were a few people on horseback in the front. And then in the middle a guy who was not holding his reins but the person in front - on the horse in front of him was. And he was just undulating with the movement of the horse. And we can...

CRANSTON: His eyes were dark and black. He was a little guy, shoulder-length long hair. And he was just zoned out as he was undulating back and forth to the movement of the horse. And as he's passing, my cousin and I were, like, looking at him. She was in front on her horse. And she turned around, and she goes, that must be Charlie. And I said, yeah. So flash forward a couple more years, and the murder happens and the investigation. And then they discover him. And all of a sudden, we hear this - we hear a news program. We're at the Spahn Ranch in Simi Valley, where Charles Manson and his gang were arrested. And, you know, and they're showing pictures of Charles Manson on the thing. And before I can get to it, my cousin's calling me. And it's like, oh, my God, that's him. That's the guy. That's the guy.

BOOSTER: Did you get any sense of how good he or bad he is at loading a dishwasher, Bryan?

CRANSTON: Well, you know, he was too loose. He's got to be more measured and controlled. And he just doesn't seem like a dishwashing loader guy.

BOOSTER: "Helter Skelter," that's how I describe him.

CRANSTON: Yeah, he was all "Helter Skelter."

SAGAL: One last question before we go to the game, although I think I could talk to you all day. We heard that a very popular tattoo is really realistic versions of, well, your face as Walter White on their bodies.

SAGAL: Have you - you must have encountered that in person...

CRANSTON: Yes. Some embarrassed me. I was on a - I wrote a book, and I was on a book tour and signing autographs of the book afterward. And she goes, would you sign my tattoo? I just got it. I go, well, OK. She lifts up her dress right...

CRANSTON: Right next to her panties, is my face. And I went, oh, oh...

CRANSTON: ...She goes, just sign it right there, and I'm like, OK. And I'm signing. I had to get down on my knees to sign my name on her upper thigh, and I didn't sign on the tattoo. It was below it, right?

CRANSTON: And she said, great. Now I'm going right to the parlor to get that tattooed in.

SAGAL: Wait a minute. Like not right in the middle, so your face would be bisected but sort of on either cheek.

CRANSTON: Yes, on one cheek is my face.

BOOSTER: I have a tattoo of you getting your back shaved in "Malcolm In The Middle" on my back.

BOOSTER: That's the iconic performance for me.

SAGAL: Well, Bryan Cranston, it is a joy to talk to you. But, in fact, we've asked you here to play a little game of our own that we're calling...

SAGAL: So as we have mentioned a few times, you starred in "Breaking Bad." So we wondered about braking good. That is safe driving. We're going to ask you three questions about driver's education. Get two right - you'll win our prize for one of our listeners.

Bill, who is Bryan Cranston playing for?

SAGAL: All right, ready to do this?

SAGAL: Here's your first question. A 60-year-old woman was doing quite well recently on her driving test in Brazil, but she ended the day in jail. Why? A, because just as she was finishing, she swerved off the road to run over and an agouti - a Brazilian rodent; B, because after she dented the car trying to park it at the end of the test, she attempted to bribe the test-taker with some pot brownies; or, C, because she was actually her own son dressed up as his mother, so he could take the test for her?

CRANSTON: Wow. I'm attracted to that last one, C. That sounds so dramatic.

SAGAL: Very good instinct. That's, in fact, what happened. And it would've worked, too. He's a heck of a driver.

All right, next question. Driver's tests vary around the world. In Finland, for example, it can take three years of study to get your license, but in Egypt, it is much easier. To get your driver's license in Egypt, all you have to do is, A, say vroom, vroom while miming, steering and shifting gears for one complete minute; B, get in your car, drive 6 meters forward, then 6 meters in reverse; or, C, cross your heart and swear to God that you won't run over anyone.

CRANSTON: Although I think it's going to be driving 6 meters forward and 6 meters back to pass your driver's test in Egypt.

SAGAL: You got the right answer again.

SAGAL: I will say if you've ever been to Egypt and been driven around, you would be forgiven for thinking any of those could have been true.

All right, last question - you can be perfect here. Most people who got driver's ed in American high schools were forced to watch horrible driver's ed films with bloody depictions of the consequences of unsafe driving. Which of these was a real driver's ed movie shown in American driver's classes - A, "Highways Of Agony;" B, "Appointment With Disaster;" Or, C, "Red Asphalt" 1, 2, 3, 4 and 5?

SAGAL: Really? What is there left to say then about the character?

CRANSTON: I am going to say B.

SAGAL: You're going to say, B, "Appointment With Disaster." You're right.

SAGAL: That was a real movie. I should say so were the other ones. They really like to make these movies lurid.

Bill, how did Bryan Cranston do on our quiz?

KURTIS: I am really impressed. So few guests get them all right. But you have a perfect score, Bryan.

KURTIS: You're on top of the world.

SAGAL: Bryan Cranston is an Emmy and Tony Award-winning actor. His new movie "The One and Only Ivan" will be on Disney+ as of August 21. Bryan Cranston, thank you so much for joining us on WAIT WAIT... DON'T TELL ME.

SAGAL: In just a minute, guys, how are we going to get out of this frog? It's our Listener Limerick Challenge. Call 1-888-WAIT-WAIT to join us on the air. We'll be back in a minute with more of WAIT WAIT... DON'T TELL ME from NPR.