Accessibility links
In 2020, A Female Running Mate Won't Be A 'Hail Mary' There are a lot of contrasts between Joe Biden's impending pick and past elections when women were vice presidential candidates. One that's easy to overlook: Biden is ahead in the polls. 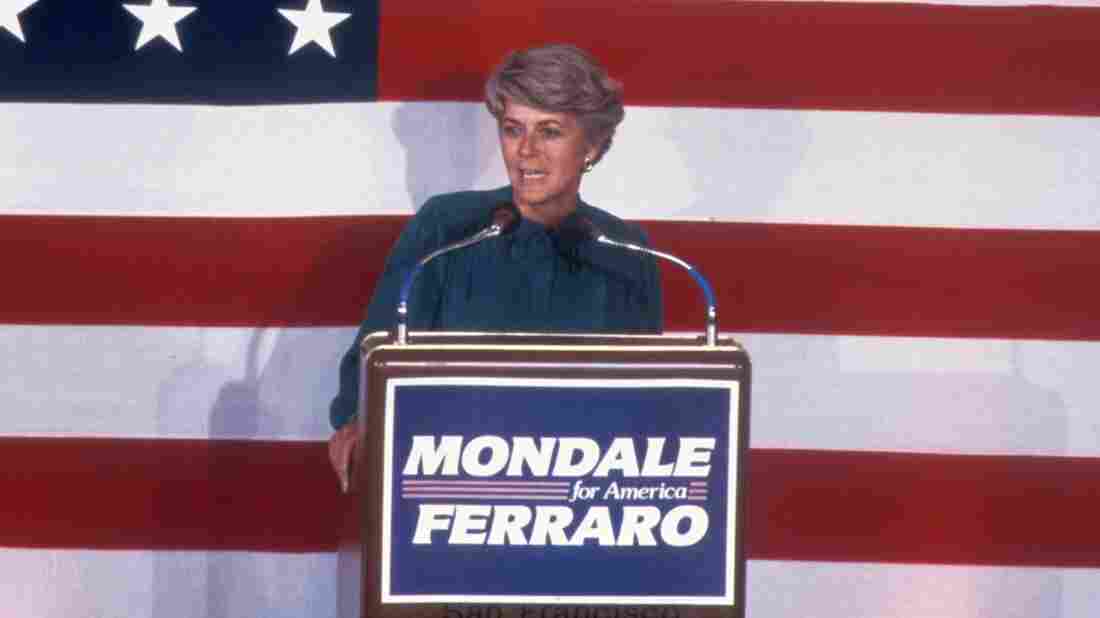 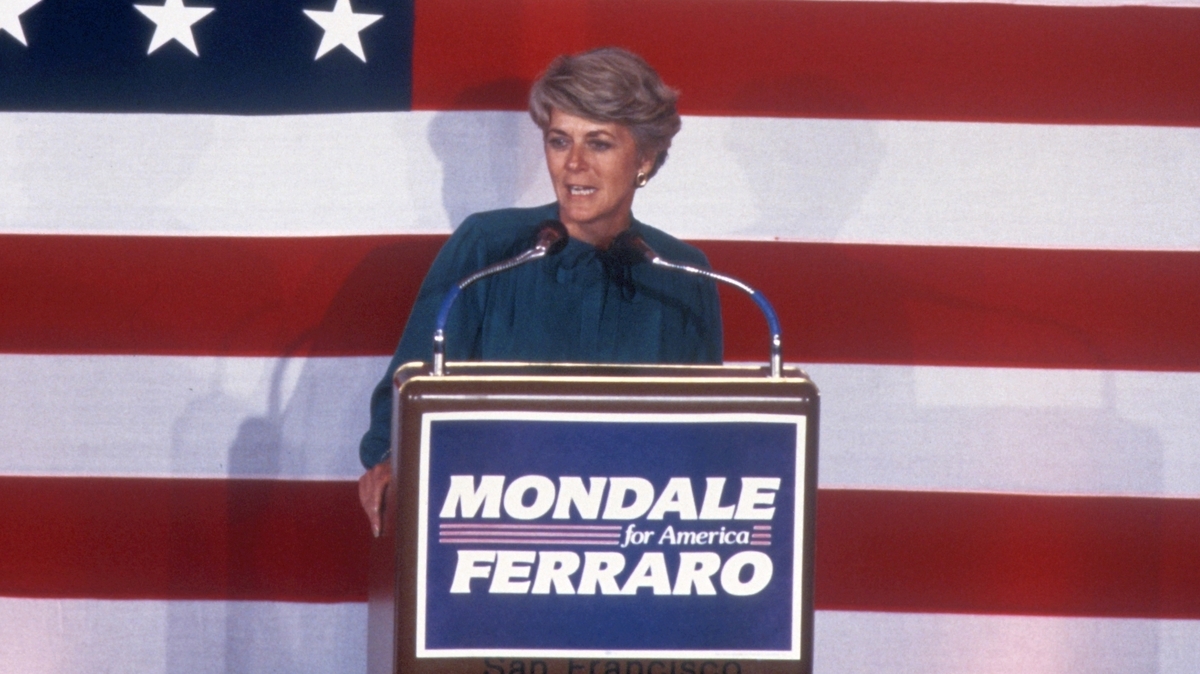 Decades before Sarah Palin or Geraldine Ferraro were put on presidential tickets, India Edwards was in contention for the vice presidency. At their 1952 convention, Democrats put forth Edwards, then vice chair of the party, as a potential running mate for Adlai Stevenson.

"First of all, I had no aspiration to be vice president of the United States," she told NPR in 1984. She added with a chuckle, "I also didn't think the Democratic Party was ready for a woman vice president."

She didn't get much support anyway — one news report from the convention called her nomination (and that of another woman, Texas state district Judge Sarah Hughes) "complimentary."

Three decades later, Democrats would choose Ferraro as the first woman major-party vice presidential nominee. Edwards was opposed to that pick as well.

"​I think we have plenty of women who are qualified, but I just don't think this is a year to gamble. We want to get Reagan out of the White House. That is the height of my ambition," she said.

Thirty-six years later, Democrats are still fretting about women and electability — not to mention ambition.

"​I remember when Geraldine Ferraro was nominated, and it was exciting," said Karen Finney, spokesperson for Hillary Clinton's 2016 presidential campaign. "But our country is in a different place, even though some of those same sexist and racist tropes remain."

It's true that a lot has changed.

For starters, Joe Biden announced months ahead of time that he'd pick a woman, and there's a deeper bench of women for him to pick from. In addition, several women of color are contenders for that spot.

But there's also a less-obvious contrast with Ferraro and Palin, the 2008 Republican nominee for vice president.

"I think in both of those cases, putting a woman on felt a bit like a 'Hail Mary,' which I don't get the sense that it has that same feel this time around," said Debbie Walsh, director of the Center for American Women and Politics at Rutgers University.

Picking women to jolt the campaign to life

In 1984, Democratic nominee Walter Mondale was down by double digits against President Reagan in some national polling in the weeks before he picked Ferraro as his running mate.

"Let's face it: Walter Mondale was a fantastic candidate, [but] probably not the most lively candidate," said Scott Widmeyer, who was Ferraro's press secretary. "So we were looking to bring excitement to the ticket. And when you look at Geraldine Ferraro, she brought that spark."

Ferraro used that spark at times to swipe back at sexism. In her vice presidential debate against George H.W. Bush, Ferraro chided Bush for talking down to her: "I almost resent, Vice President Bush, your patronizing attitude that you have to teach me about foreign policy."

John McCain likewise was substantially behind Barack Obama for much of summer 2008 before picking Palin.

Similarly, there was a sense then that Palin could liven up McCain's campaign. And she briefly did provide a jolt to the ticket, giving a widely well-received convention speech. 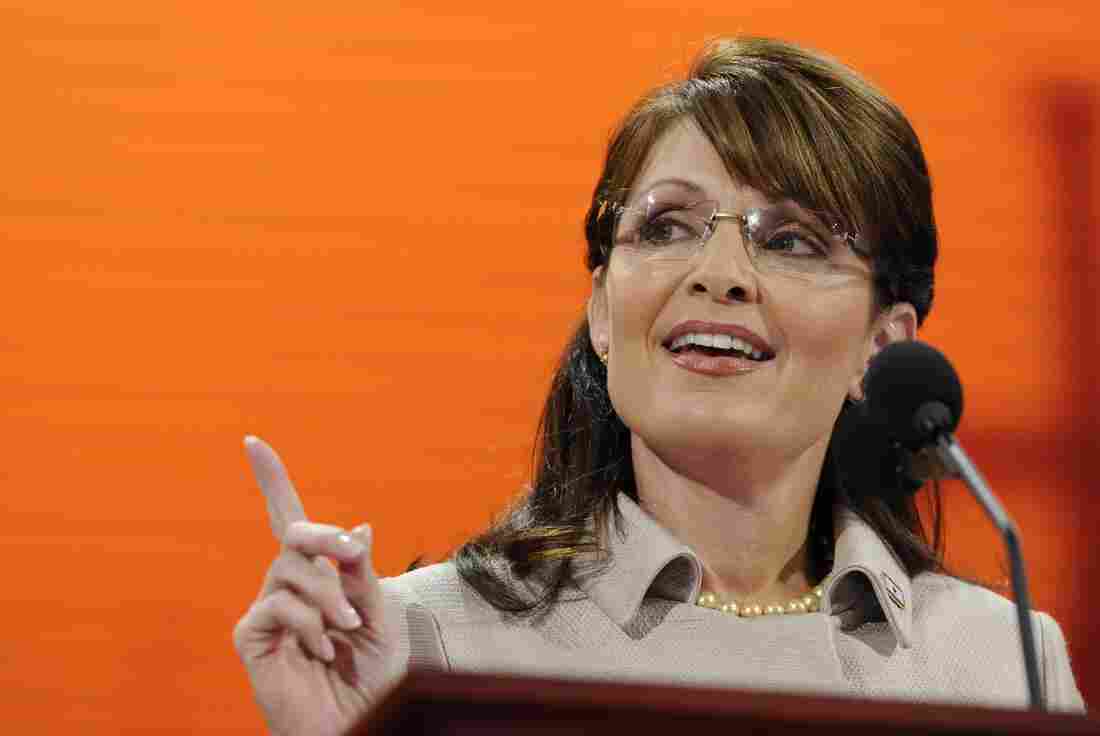 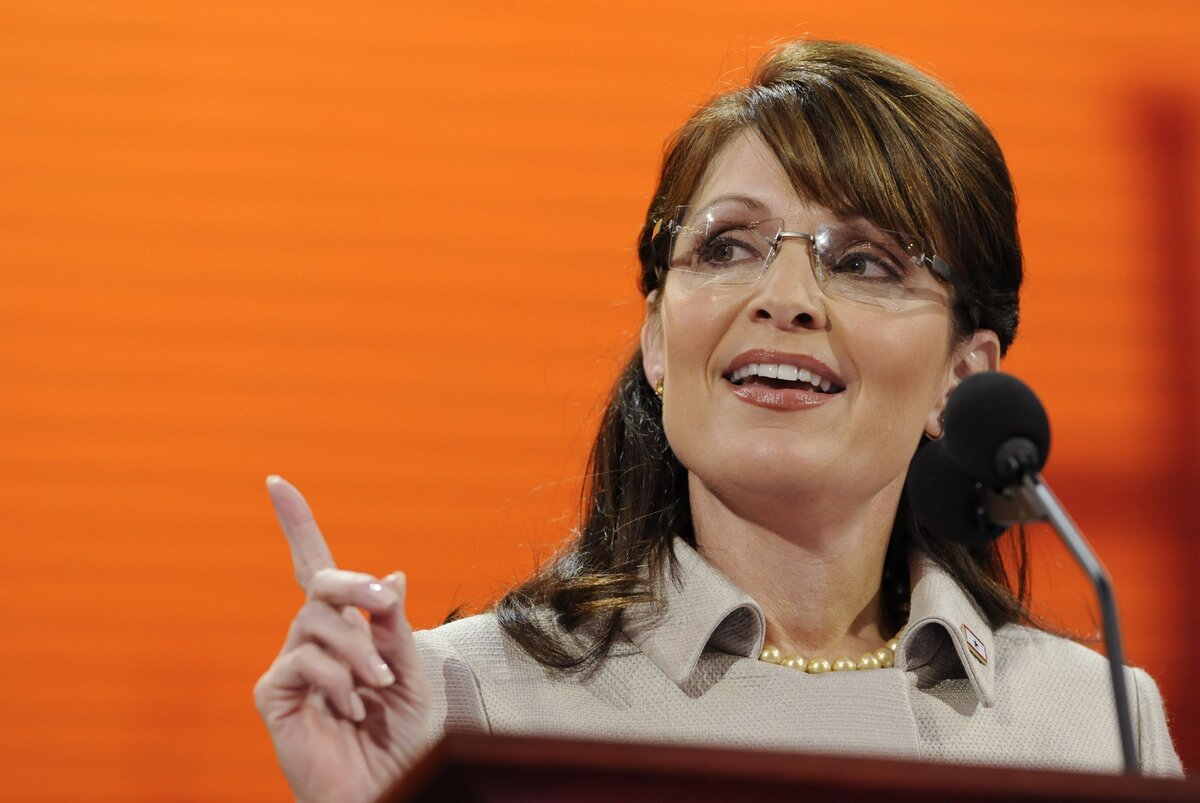 But this time is different, Walsh said, not only because Biden is leading in polls, but because he defeated several well-qualified women to get the nomination.​

"There is, I think, a consensus out there that the path that led the Democratic Party to this nomination was this concept of electability that really hurt women and candidates of color in the primary process," she said.

A sign of the future of the Democratic Party

It's true that some saw Biden's announcement that he'd pick a woman as tokenism. But Walsh said that choosing a woman, and potentially a woman of color, would also be a gesture that Biden understands where the party is headed — and has been for quite some time.

"This feels like in some ways a nod to the future of the Democratic Party, an acknowledgement that Joe Biden may be kind of the last of a certain breed that is a presidential nominee," she said.

In recent years, the Democratic Party has more greatly acknowledged the role that women, and especially Black women, play in electing Democrats. Black women voters were instrumental in helping the party win a Senate seat in deep-red Alabama in 2017, then in helping the party retake the House of Representatives in 2018 (electing a record-setting number of women in the process).

Finney said that voters have absorbed this message and are excited about a woman of color as a running mate.

"​I think we see the idea of a new generation and an acknowledgment that the country is changing," she said. She also pointed to polling showing that young voters in particular are excited about the idea of a Black woman as a running mate.

WATCH: Biden Says He Wouldn't Stand In The Way Of A Trump Prosecution

It's true that vice presidential candidates tend to only affect presidential elections at the margins — voters are still casting a ballot for the top of the ticket. But Finney, nevertheless, said she hopes Biden's running mate could energize some voters.

"I think you can't underestimate the importance for women and how heartbroken so many women were in 2016 with Hillary's loss," she said.

That means it might be some consolation to those women if this year, a woman finally gets to the second highest office in the land.