Accessibility links
Welcome To New York, Traveler. Now Please Begin Your Quarantine New York City is setting up quarantine "checkpoints" for travelers from states that are COVID-19 hot spots. The city wants travelers from high-risk states to quarantine for 14 days upon arrival. 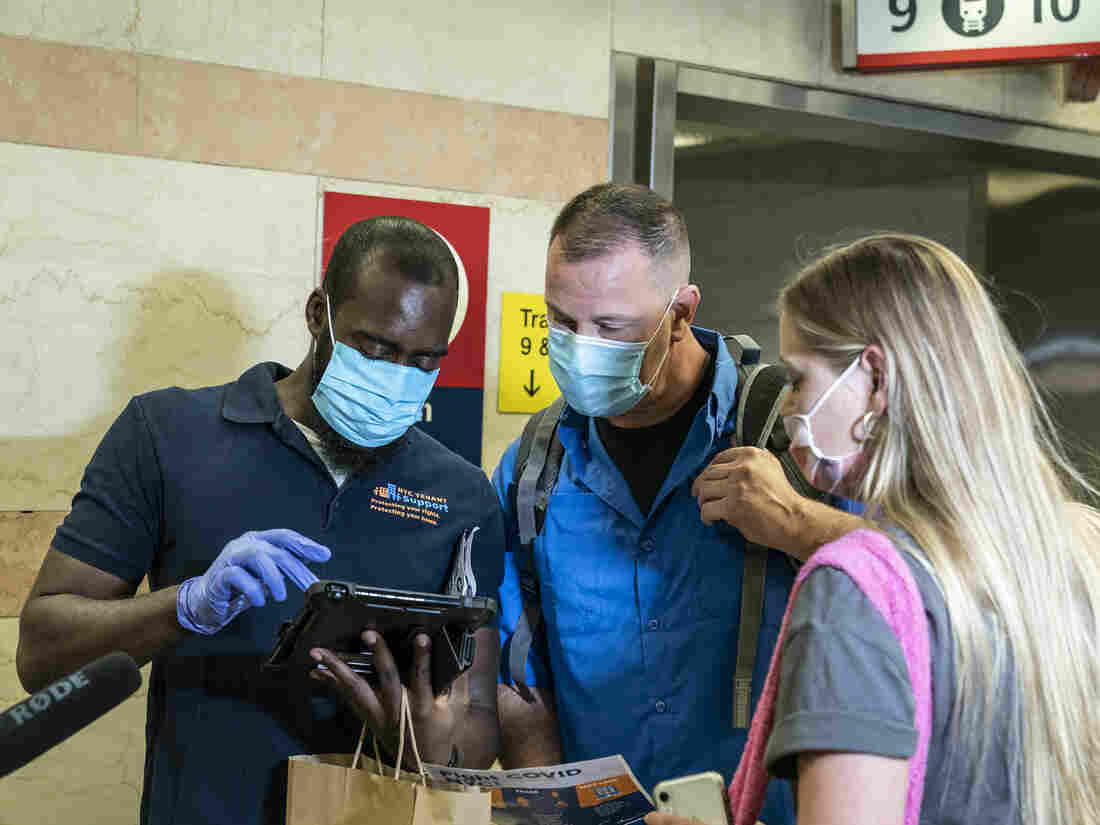 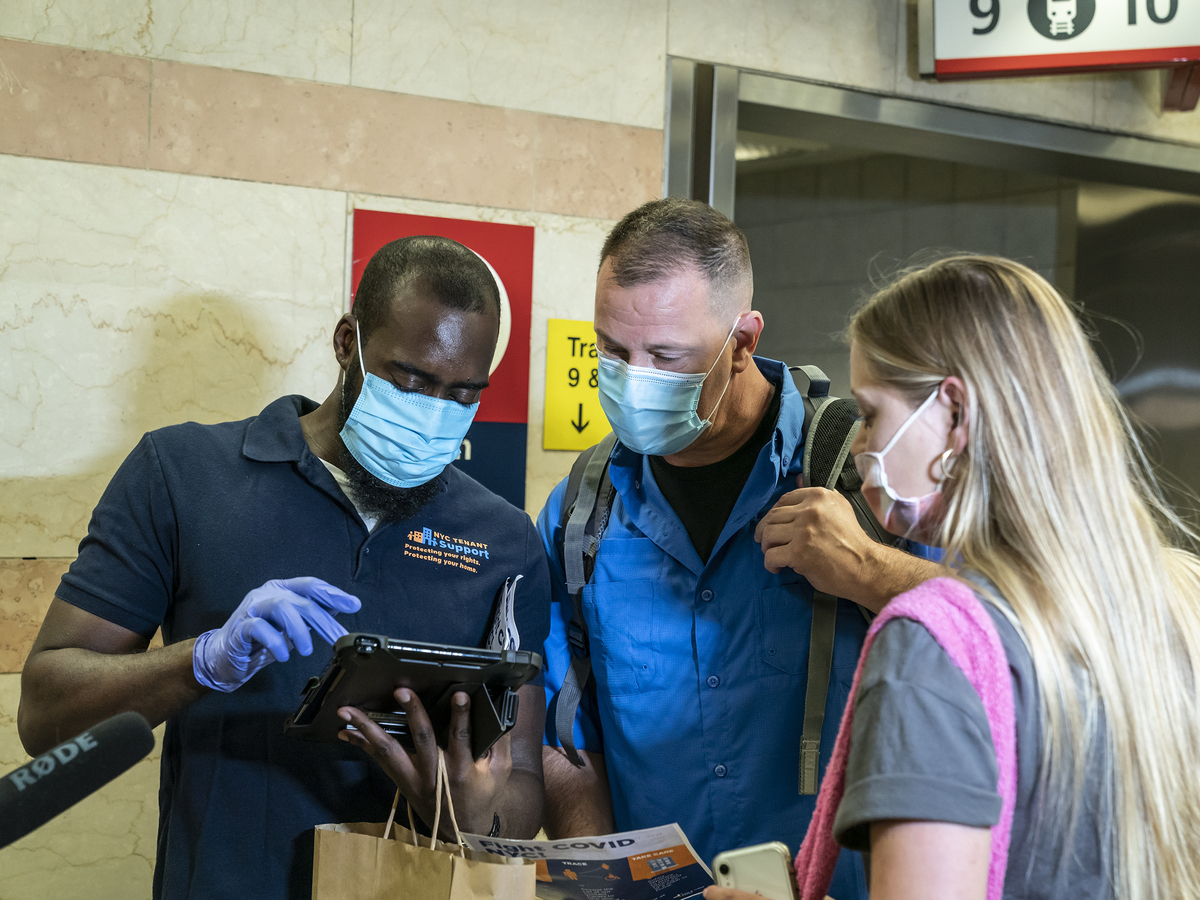 New York City is hitting bridges, tunnels, Penn Station and the Port Authority Bus Terminal to intercept travelers — and returning residents — from states designated high-risk by Governor Andrew Cuomo and warn them: isolate yourself for 14 days or risk paying fines up to $10,000.

But on the first day of the new program earlier this week, it became clear the enhanced efforts, which build on initiatives already in place at airports, are much more like adding personnel to the information booth than beefing up coronavirus protection at busy travel hubs.

"I know what I'm doing," said Harold Cerra, at Penn Station, after getting off an Amtrak train from Florida and brushing quickly past a greeter from Mayor Bill de Blasio's Public Engagement Unit who was handing out flyers. "I take precautions."

"It's good to be back — things are pretty crazy down there," he said, through a dark-colored neck gaiter pulled above his nose. "No one wants to wear masks."

"I think it's a good idea," Cerra said of the 14-day quarantine. But regarding the need for government monitoring and follow-up, he said simply, "I got this."

The quarantine is legally binding, but authorities cannot force people to register for follow-up, leaving the measure largely dependent on goodwill and voluntary compliance. Critics have lambasted the program as a potential invasion of privacy. Councilman Joseph Borelli of Staten Island told the New York Times that the new push — which also includes random traffic stops at interstate bridges and tunnels for handing out flyers — "amounts to 'theatrics."

The quarantine requirements were spelled out in an executive order from the governor that went into effect in late June and covers travelers "entering New York from a state with a positive test rate higher than 10 per 100,000 residents, or higher than a 10% test positivity rate, over a seven day rolling average."

Until now, city and state workers have only circulated flyers at airports. Their efforts have netted more than 400,000 registrations, city officials say.

With fines ranging from $2,000 to $10,000 for violating the quarantine, the executive order has some teeth.

"If there's at least a symbolic effort, then you know you might be stopped, and if it's a $2,000 fine, that's not inconsiderable," said Dan Feldman, a professor and Director of Inspection & Oversight at the John Jay College of Criminal Justice. "It's a mistake to think symbolism and psychology are without impact. They do have an impact."

But with a limited likelihood that quarantine breakers will get caught, Brian Higgins doubts the measures will have much deterrent value. Higgins is a retired director of public safety in Bergen County, N.J., and a professor at John Jay.

"There's an element of honesty and compliance on the citizens' side that the police can only follow up so much on," he said. "There are not enough cops, not enough officials — just not enough people to do this."

Caitlin Girouard, a spokesperson for Gov. Cuomo, said the state has not issued any fines, but it is not clear whether any local law enforcement agencies have. A spokesperson for the Health and Hospitals Corporation, which operates New York City's Testing and Tracing Corps, says the city also has not issued warnings or citations of any kind.

Queens resident Gloria Rebas, returning on the same Silver Meteor train from Florida as Cerra, did take a flyer. She had been visiting family in West Palm Beach for a month, and she said she planned to register for the quarantine and observe it.