Accessibility links
Black And Hispanic Children At Risk For 'Severe' COVID-19 Symptoms, CDC Finds One out of three children hospitalized for the coronavirus was admitted to the intensive care unit, the Centers for Disease Control and Prevention said, analyzing data from 14 states. 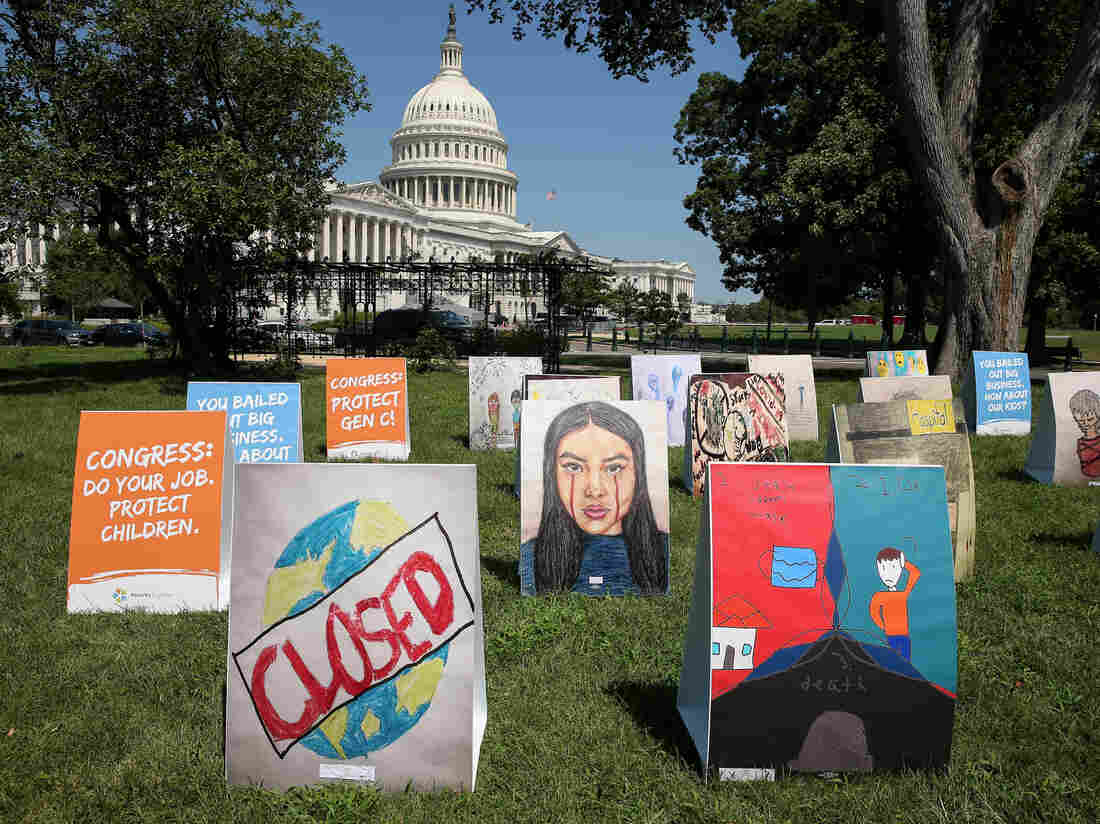 An installation of children's art is set up outside the Capitol on Wednesday. Kids can develop "severe" symptoms from the coronavirus, the Centers for Disease Control and Prevention said in a report released Friday. Jemal Countess/Getty Images for ParentsTogether hide caption 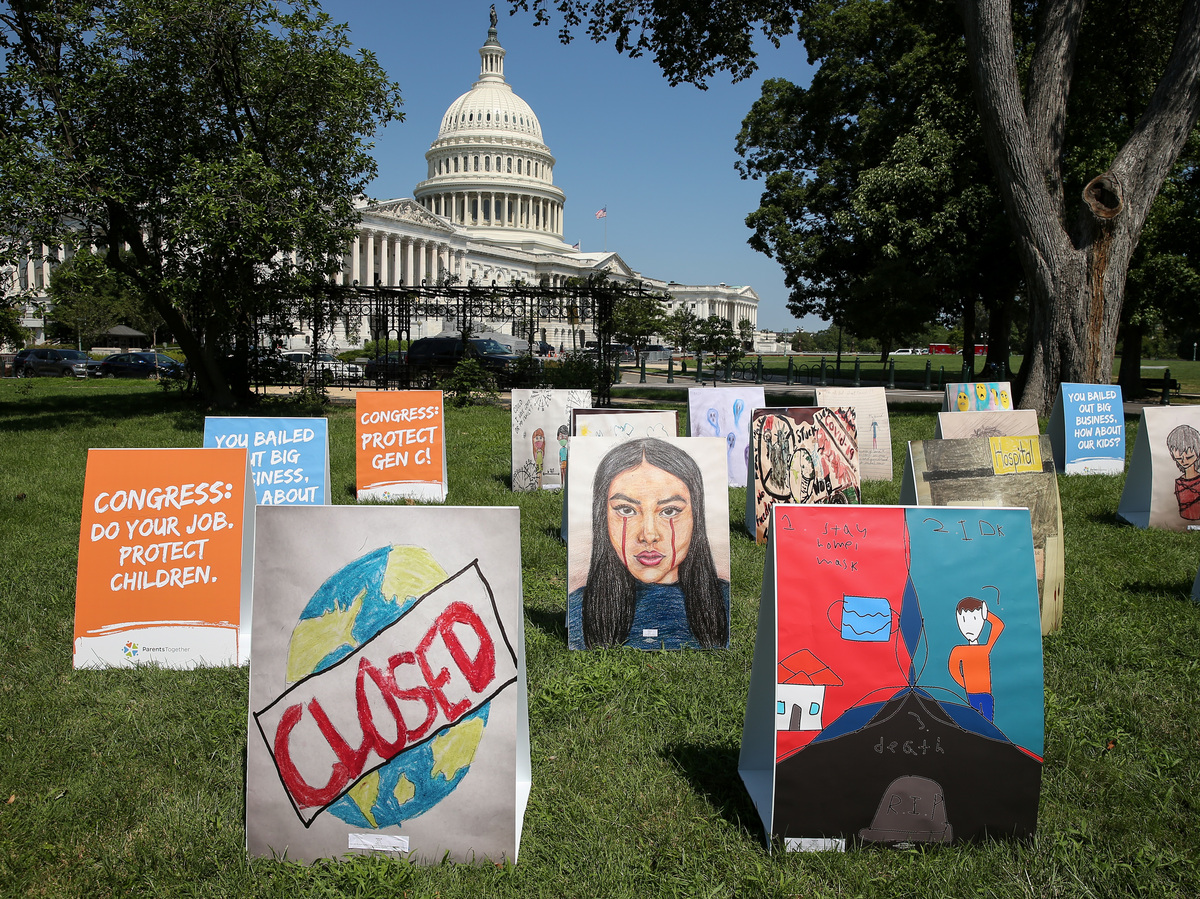 An installation of children's art is set up outside the Capitol on Wednesday. Kids can develop "severe" symptoms from the coronavirus, the Centers for Disease Control and Prevention said in a report released Friday.

While most children who catch the coronavirus have either no symptoms or mild ones, they are still at risk of developing "severe" symptoms requiring admission to an intensive care unit, the Centers for Disease Control and Prevention said in a new report released Friday.

Despite persistent rumors that children are "almost immune" from the virus, the analysis of 576 children hospitalized for the virus across 14 states found that one out of three was admitted to the ICU — similar to the rate among adults. Almost 1 in 5 of those were infants younger than 3 months. The most common symptoms included fever and chills, inability to eat, nausea and vomiting.

The findings come as school districts across the country are figuring out how to educate the nation's children while still protecting kids, teachers and family members from the ravages of the virus. The American Federation of Teachers has said it considers in-person schooling to be safe only when fewer than 5% of coronavirus tests in an area are positive.

Researchers don't fully understand why some racial groups are hospitalized at higher rates than others. But the CDC's findings are consistent with other studies, the authors of the report said, citing a recent analysis from the Baltimore-District of Columbia region that found that Hispanics had more COVID-19 infections than other groups.

"It has been hypothesized that Hispanic adults might be at increased risk for SARS-CoV-2 infection because they are overrepresented in frontline (e.g., essential and direct-service) occupations with decreased opportunities for social distancing, which might also affect children living in those households," the CDC researchers wrote.

Underlying medical conditions might have contributed to the children's hospitalization, researchers wrote, noting that Hispanic and Black children are more likely to suffer from conditions like obesity.

If there's any good news, it's that even among children hospitalized with severe COVID-19 complications, the fatality rate remains low, researchers said.

A separate study in the journal Pediatrics also found racial and socioeconomic disparities in children and young adults tested for COVID-19 in Washington, D.C. Hispanic children were more than six times as likely as white children to test positive for the virus; Black children were over four times as likely.