Accessibility links
'It's Ridiculous': States Struggle To Accommodate COVID-19 Positive Voters In Texas, COVID-19 positive voters can be put in the position of choosing between their right to vote and the public's health. 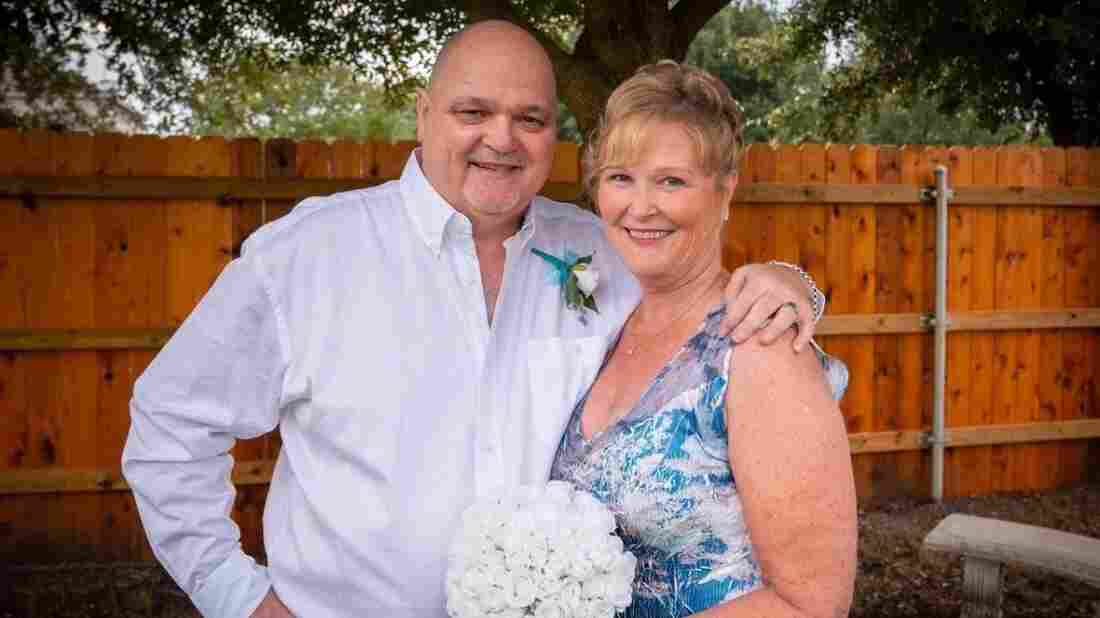 After she contracted COVID-19, Linda Harrison was able to cast an emergency ballot in Texas' primary with the help of an intern and a doctor's note. Her husband, Vernon Webb, was also sick and wasn't able to vote. Courtesy Linda Harrison and Vernon Webb hide caption 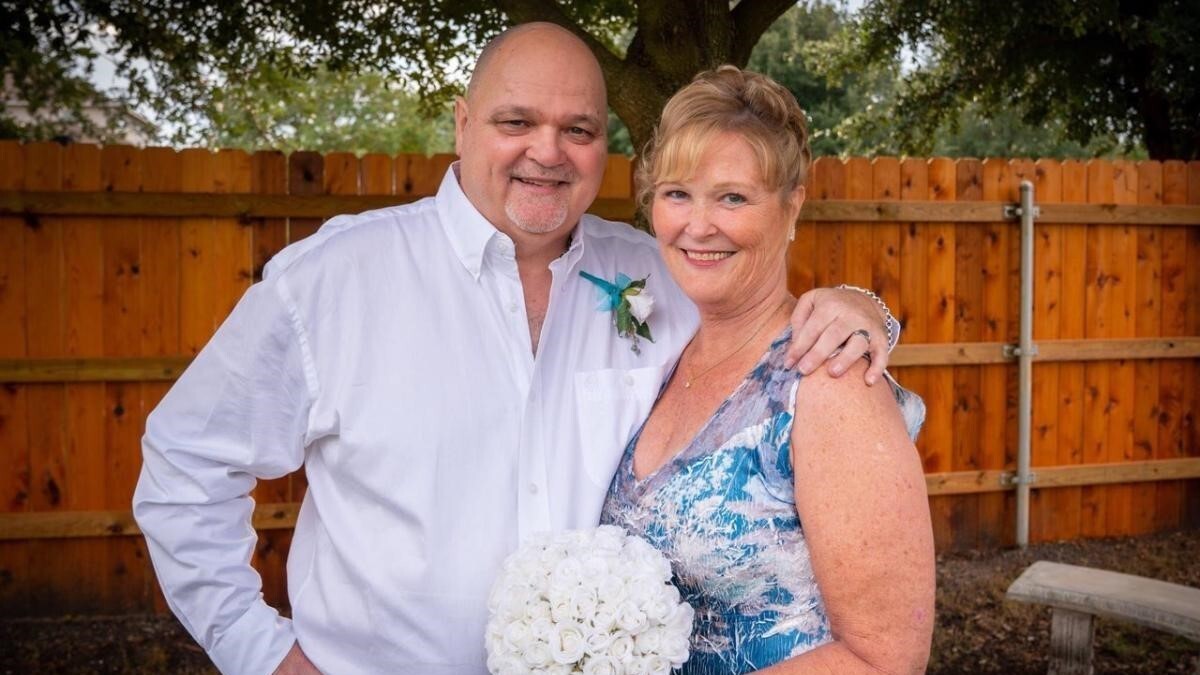 After she contracted COVID-19, Linda Harrison was able to cast an emergency ballot in Texas' primary with the help of an intern and a doctor's note. Her husband, Vernon Webb, was also sick and wasn't able to vote.

With few signs the coronavirus is fading, election officials face an increasingly urgent question: how to accommodate voters who become infected in the days leading up to the election.

In Texas — a state that fought expanding mail-in ballot access all the way up to the Supreme Court — COVID-19 positive voters can be put in the position of choosing between their right to vote and the public's health.

Vote-by-mail is only available to people who are over 65, who are not present in the state on election day, or who have a disability. Democrats across Texas tried to expand the disability statute to include everyone during the pandemic, but the court ruled that being afraid of catching COVID-19 doesn't qualify.

And you have to register almost two weeks before the election to vote by mail.

Drive-Through Voting? Texas Gets Creative In Its Scramble For Polling Places

That's how Katya Ehresman came to be in the parking lot of a fast food restaurant, about 40 minutes before the polls for Texas' July 14 primary runoff closed, to meet Linda Harrison.

Ehresman — the voting rights intern for the Texas Civil Rights Project, a legal organization that pushes for expanded voting access — had an emergency absentee ballot or hospital ballot for Harrison, a pediatric nurse who contracted COVID-19 after the state's mail-in application deadline. Harrison had to jump through hoops to get this ballot, including finding a doctor to certify she was ill.

"I'm going to drop this off on the hood of her car while she gets out to fill our her ballot," said Ehresman.

"Thank you," said a weary Harrison. She is 62, and despite being exhausted and sick, she drove 30 minutes to fill out this ballot.

When completed, Ehresman had about a half hour to deliver the ballot, otherwise it wouldn't be counted.

"It's ridiculous that we can't figure out a way for people who want to vote to get to vote," said Harrison, coughing. "How many people in Texas are in this situation? We cannot be the only ones."

COVID-19 cases in Texas grew by 100,000 between the deadline to apply for a mail in ballot and the July election day. COVID-19 cases have been growing in dozens of states since June. If it persists, thousands could be in the same predicament as Harrison come November.

"If we want voter confidence, we can't make them choose between exercising their right to vote and their health," said Kathleen Hale, director of the Elections Administration Initiative at Auburn University.

Hale said there is so much uncertainty around COVID-19 and the next election and voters need to educate themselves on their state's rules now. 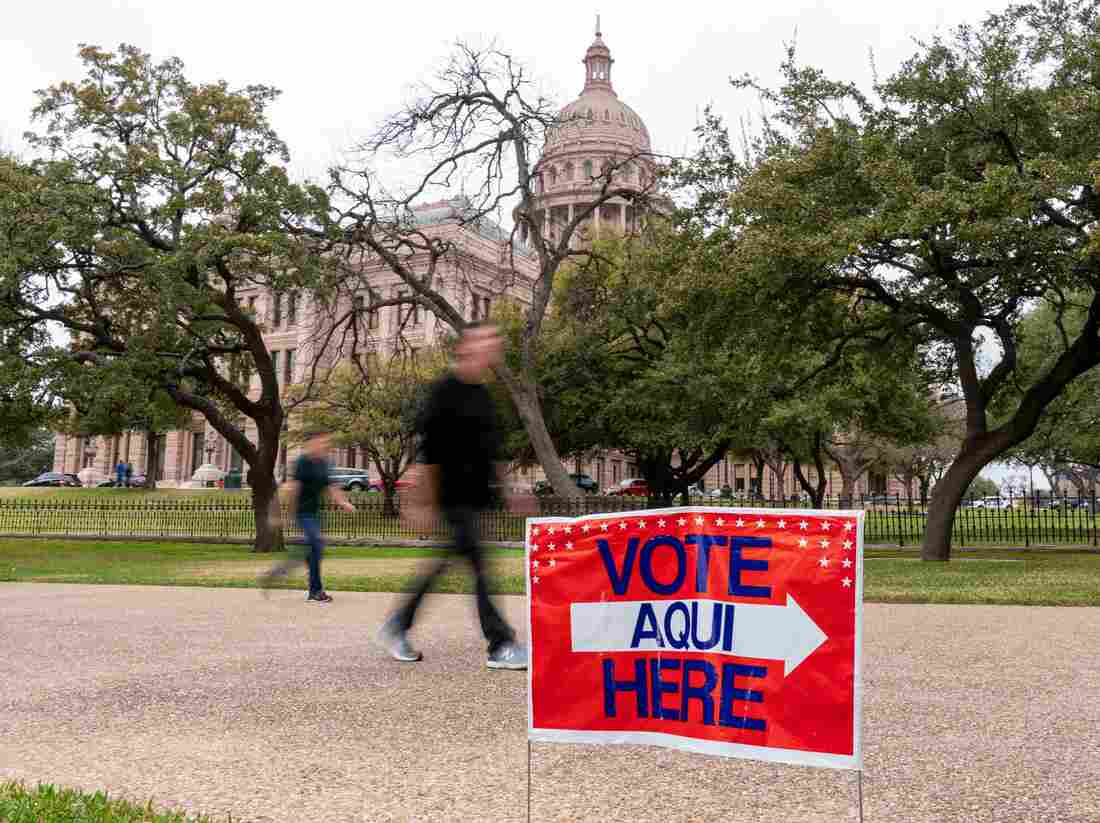 In Texas, vote-by-mail is only available to people over 65, not present in the state on election day, or who have a disability. Suzanne Cordeiro/AFP via Getty Images hide caption 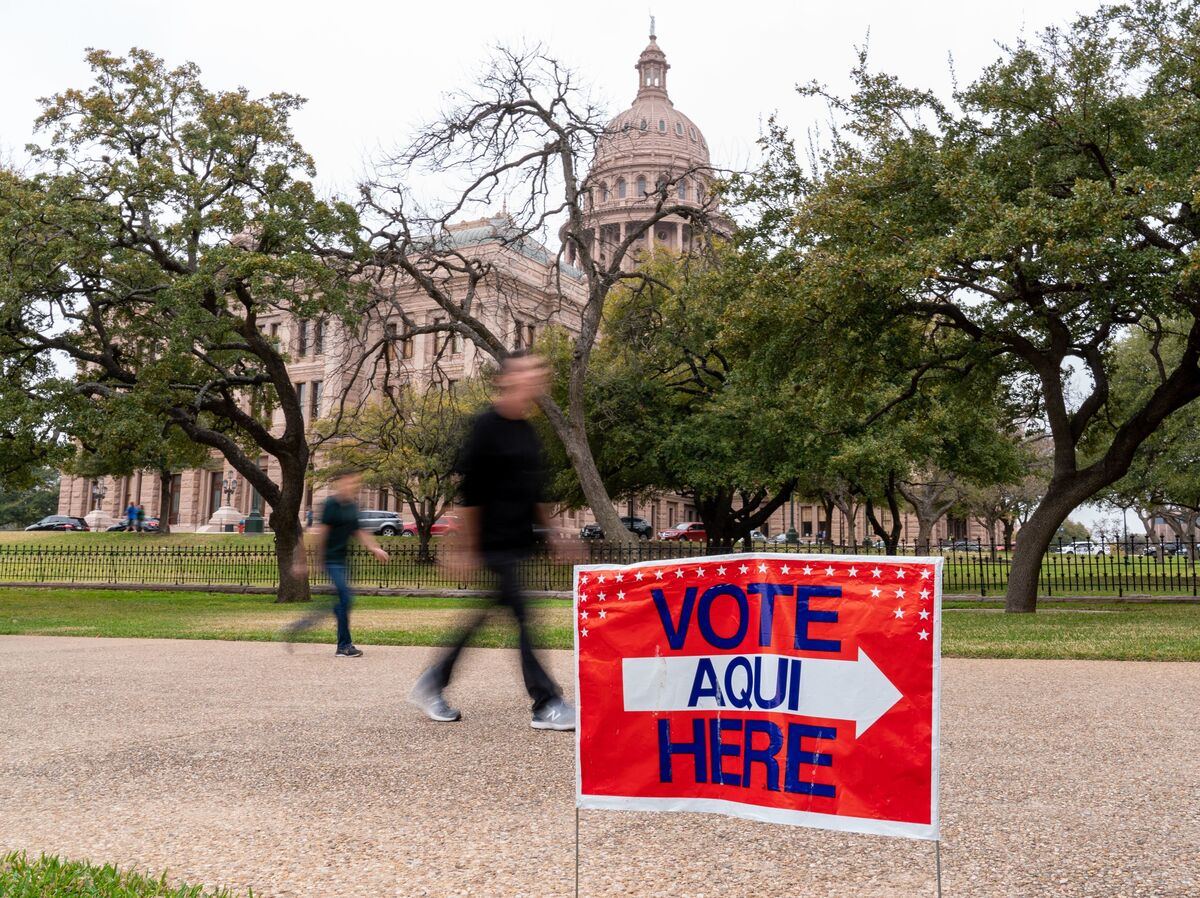 In Texas, vote-by-mail is only available to people over 65, not present in the state on election day, or who have a disability.

Many states have tried to increase access and availability of voting to accommodate the pandemic's uncertainties.

"All 50 states have done something to address elections in the time of COVID," said Wendy Underhill, director of the elections and redistricting program for the National Conference of State Legislatures.

A handful of states have gone to all-mail elections. Many, including Texas, have expanded early-voting. Two-thirds of states don't require any excuse to get an absentee ballot. Of the 16 that do require it, some are exploring removing the impediment. Missouri, Connecticut, Delaware and others will allow mail-in ballots from anyone who wants one this year. Many of the other states still requiring accepted excuses to vote absentee are fighting in court over it.

While some have moved to increase access to safer voting, Texas is one that hasn't.

"Unfortunately Texas has thrown up roadblock after roadblock for people like Linda. They have doubled down on the type of voter suppression we've been seeing for years," said Mimi Marziani, president of the Texas Civil Rights Project.

It sued so that Harrison and Vernon Webb, her sick husband, could vote without a doctor's note. They lost, which is why Ehresman feverishly worked to cast Harrison's ballot.

"So the question is whether we're ready? No," said Nate Persily, co-director of the Stanford-MIT Project on Healthy Elections.

Elections officials need more money and more help to pull this election off. While COVID-19 positive voters may pose specific challenges to localities in some states, they are just the tip of the iceberg.

"The United States is confronting the largest challenge to its election infrastructure in our nation's history. And we are trying to switch the way tens of millions of Americans vote with just four months of preparation," he said.

Back in Texas — where 16 million are registered to vote — an intern fought to ensure one vote got counted.

When she arrived at the county elections office, Ehresman had 11 minutes to spare. She grasped the ballot — wrapped in a T-shirt because she didn't have gloves — in an outstretched hand.

"Hi, mail-in ballot? Mail-in ballot," she said navigating to the proper line. When she finally reached a clerk, she explained the situation and gave a warning.

"This is an emergency ballot, so I don't have the ID or anything. It was someone with COVID-19 that touched it so I would be careful," she said.

With four minutes to spare, the clerks accepted it.

Harrison was only able to vote because she got a doctor's note. But her husband was unable to get out of bed most of that week and couldn't cast a ballot.

"The fact that I kept at it and kept at it," Harrison said, "is the only reason I got to send my ballot in."

With the November election coming and no end in sight for COVID-19, thousands of people could be in their shoes.