Accessibility links
An Atomic Bomb Survivor On Her Journey From Revenge To Peace It's been 75 years since the U.S. dropped two atomic bombs on Japan. NPR's Lulu Garcia-Navarro speaks to Koko Kondo, who was an infant when one of those bombs was dropped on Hiroshima. 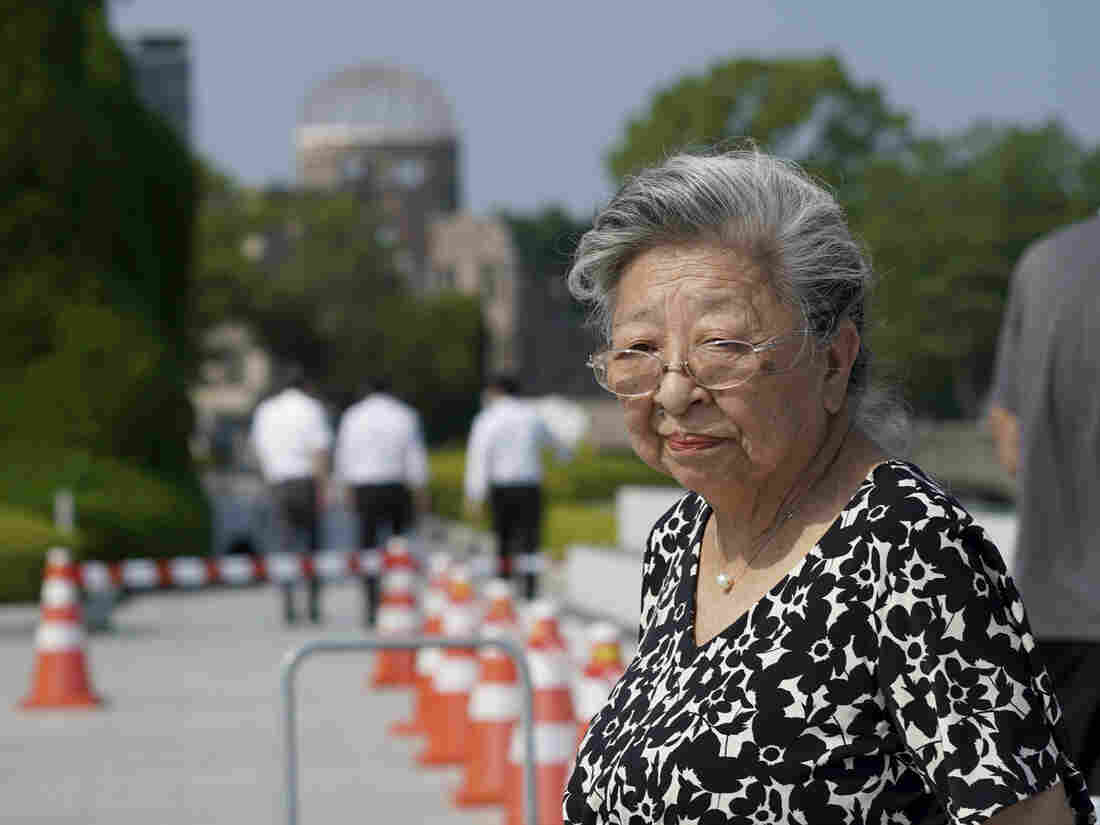 Koko Kondo at Hiroshima Peace Memorial Museum in Hiroshima, Japan, on Aug. 5. Kondo was determined to get revenge on the person who dropped the atomic bomb on her city. Then, she met him. Eugene Hoshiko/AP hide caption 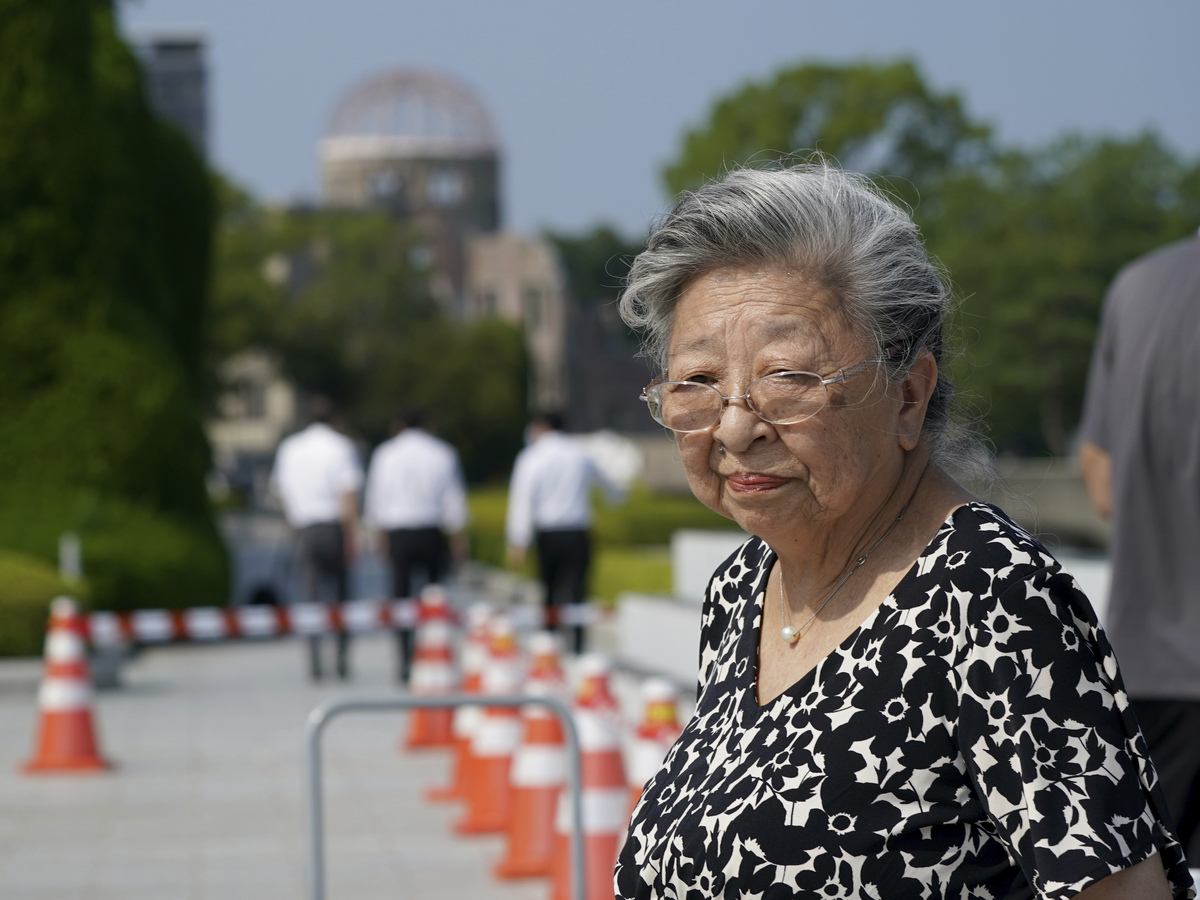 Koko Kondo at Hiroshima Peace Memorial Museum in Hiroshima, Japan, on Aug. 5. Kondo was determined to get revenge on the person who dropped the atomic bomb on her city. Then, she met him.

Koko Kondo was 8 months old and with her mother when the first atomic bomb hit her home city of Hiroshima on Aug. 6, 1945. Her father, Methodist minister the Rev. Kiyoshi Tanimoto, had left earlier that morning.

"Suddenly, the whole house crashed," Kondo recounts. She was trapped beneath the rubble with her mother.

"She moved little by little and she made a little hole," Kondo told NPR's Weekend Edition of her mother's attempts to escape. "First, she put me out. Then she got out. She said when she was out from the house, the environment was completely different. Fires all over the place. So, we barely made it."

Three days after dropping a nuclear bomb on Hiroshima, on Aug. 9, 1945, the United States dropped a bomb on Nagasaki.

"With this bomb we have now added a new and revolutionary increase in destruction to supplement the growing power of our armed forces," President Harry Truman said as he addressed the nation after the first attack on Hiroshima.

Shortly after the bombs were dropped, Japan's Emperor Hirohito surrendered, ending World War II. In total, hundreds of thousands of people were killed and more were injured upon impact. In the days and weeks following, many more became sick from radiation poisoning. Once Kondo realized the lasting effects that had been wrought by the American attack, she vowed revenge.

"As a child, I thought if they never dropped the bomb, many children didn't have to become orphans," she said. "So I said, someday when I'm grown up, I am going to [get] revenge."

A decade later, her father was invited onto an American talk show, This Is Your Life, to talk about the day the bomb dropped. He brought his Kondo with him.

"I saw the whole city on fire and many people running away from the city in silence, their skin peeling off, hanging from face, from arms. But strength to stay in silence. It looked like a procession of ghosts," Tanimoto, her father, told the show.

Kondo, then just 10 years old, was on the stage when they brought on Capt. Robert Lewis. Lewis was a co-pilot on the Enola Gay, the plane that dropped the bomb over Hiroshima. He told the story of the day he dropped the bomb and said he entered into his log, "My God, what have we done."

"I was so shocked because I wanted to meet those people who own the airplane so I can [get] revenge," Kondo told NPR. "So I was staring at his eyes [thinking], 'you're the bad one, I'm the good one.' "

But then she saw Lewis crying and thought, "He's the same human being as me. If I hate, I should not hate this guy. I should hate the war itself, which we human beings caused."

She came up close to him and held his hand.

"I just wanted to touch his hand because I thought, that's my way of showing I'm sorry I hated you, but it's not you who I should hate. And he felt [my] hand touch his hand. He held my hand very tight," she said.

That meeting changed the course of Kondo's life. She decided she wanted to fight for peace and the end of nuclear weapons.

Lewis died in 1983, but Kondo says every year when she goes to a park that honors the dead of Hiroshima she always remembers the man who dropped the bomb on her city. And she vows to herself: "Capt. Lewis, please rest in peace. We shall never repeat our mistake."

The audio version of this story was produced by Denise Guerra and edited by Sarah Oliver.