Accessibility links
'Old Guard' Director Gina Prince-Bythewood: Everybody Deserves To Be A Hero "Female characters are not [usually] the center of the story," filmmaker Gina Prince-Bythewood says. Her new movie follows a diverse group of world-weary warriors who've been alive for centuries. 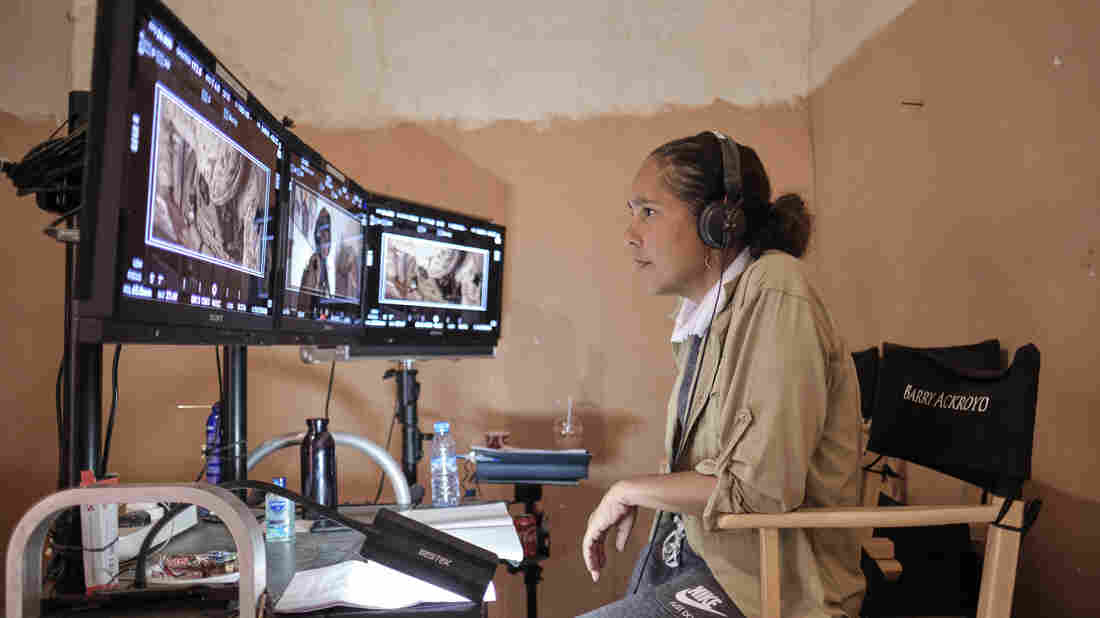 Director Gina Prince-Bythewood says The Old Guard shows "the opposite side of what we all envision immortality to be." Mohammed Kamal/Netflix hide caption 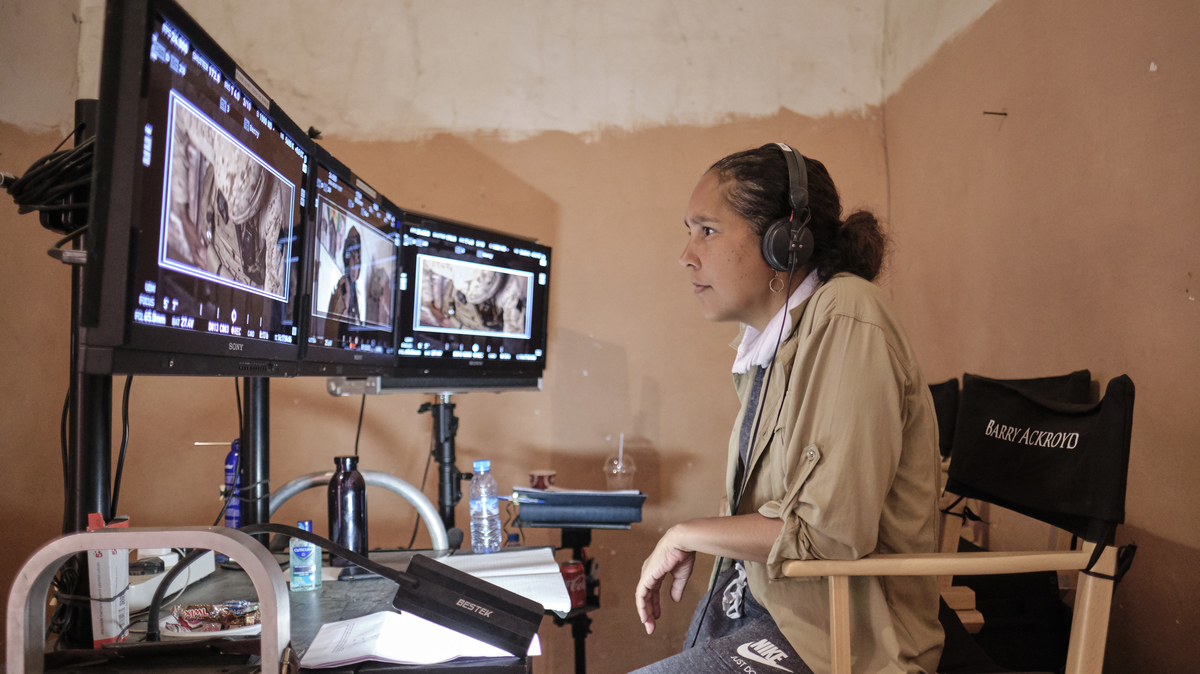 Director Gina Prince-Bythewood says The Old Guard shows "the opposite side of what we all envision immortality to be."

"Those doors were not open at all to women," she says. "It's so hard for women to get into the room, because we don't have action on a resumé. But how do you get action on your resumé if you're not hired to do films with action?"

It wasn't until Patty Jenkins' Wonder Woman was released that Prince-Bythewood felt a shift: "The success of the film ... absolutely cracked the door open."

With The Old Guard, Prince-Bythewood becomes the first Black woman to direct an adaptation of a comic book. "What I bring as a Black female to my craft and in being a director ... [is] recognizing how important it is that everybody deserves to be seen as a hero," she says.

The film, which premiered on Netflix, stars Charlize Theron as the leader of a diverse group of world-weary warriors who have lived for centuries and have been killed many times — only to have their wounds heal. Prince-Bythewood says the film shows "the opposite side of what we all envision immortality to be."

"Seeing the world hurt itself on a loop ... what would that feel like?" She says. "That just felt so interesting and real to me, and did make me kind of question: Maybe I don't want to live forever."

On how women are often sexualized in action movies

I'm going to give a generalization. ... Female characters are not the center of the story. They're not integral to the plot or the climax. They are usually, if they do have superpowers, are sidekicks, or comic relief, or do not have full arcs or stories. And the fight scenes, the costume, it is about sexualizing the characters. ...

Whenever there's a cool fight between two women, it always has to turn into the sexy cat fight, as opposed to just these two women are warriors. Let them fight, let's marvel at their athleticism. That's what excites me. I know it's because I am an athlete and grew up an athlete, and those were the women that I grew up with around me.

And also there tends to be a thought that ... let's just design the coolest fights, as opposed to being true to what a fight with a woman would look like. A woman does not have the strength to pick somebody up and throw them up against a wall like a man could, but there are different ways that a woman would fight and look cool.

On choreographing the fight scenes in 'The Old Guard' 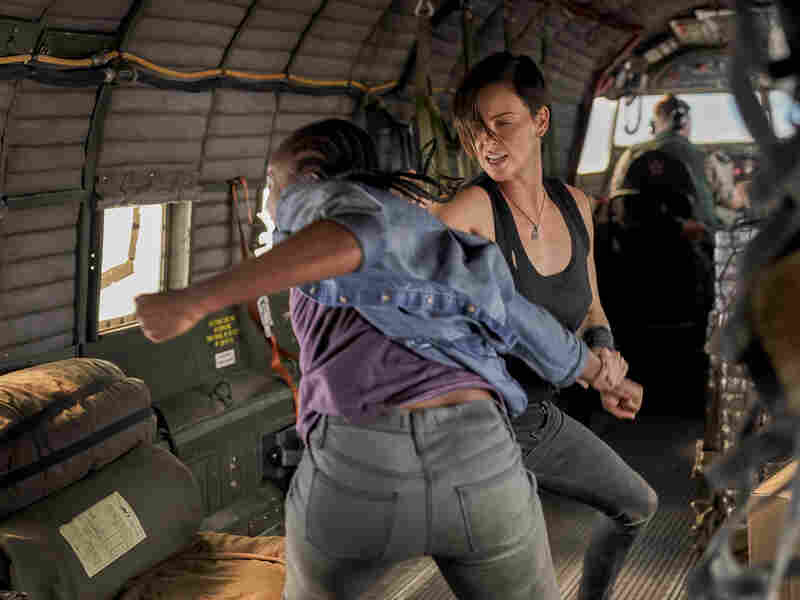 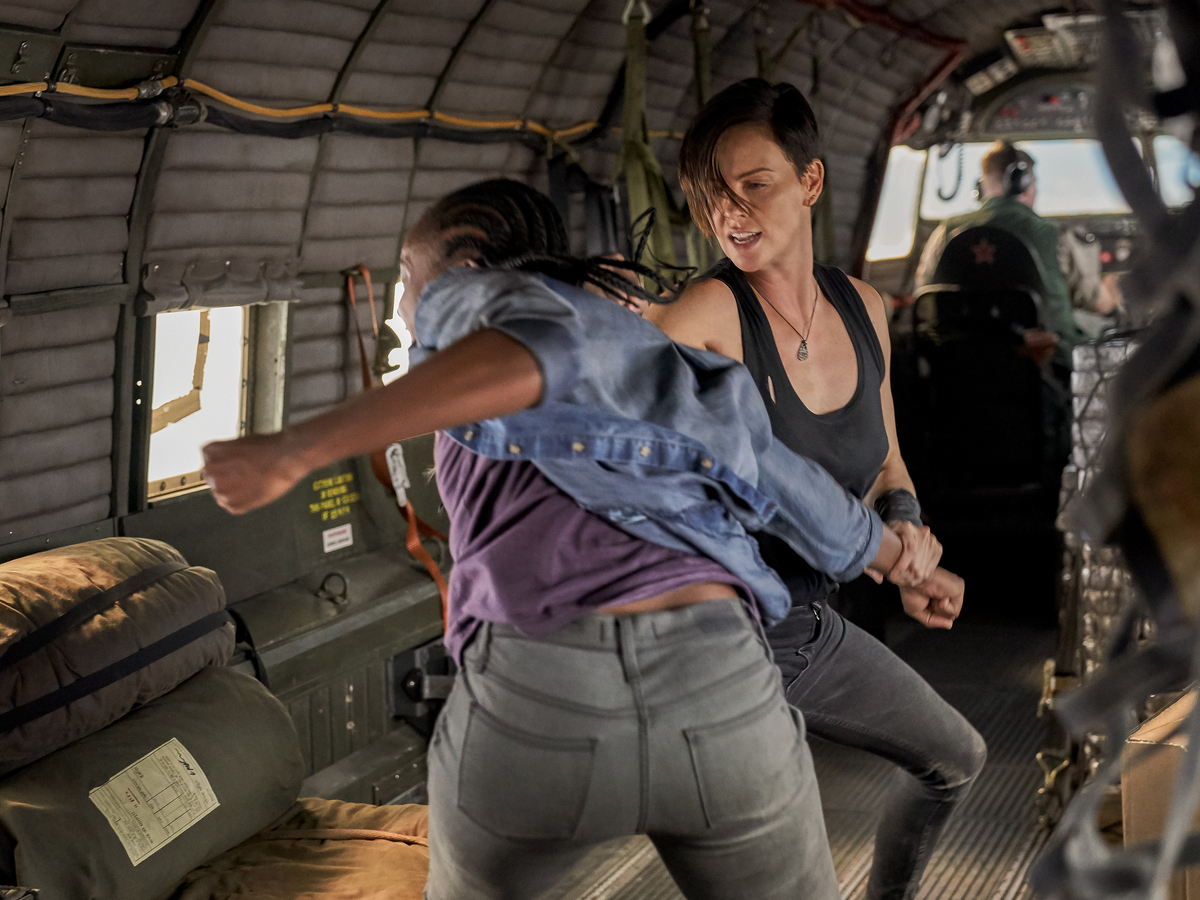 Nile (Kiki Layne) and Andy (Charlize Theron) fight in The Old Guard. Gina Prince-Bythewood says her experiences as a kickboxer helped her choreograph the movie's fight scenes: "I know what good fighting looks like."

I mean, I certainly had an advantage because I did kickbox for two years, and so I know what it feels like to hit and be hit, which is not fun. Oh, but also I just know what it looks like, and I know what good fighting looks like. So I wanted it to feel grounded and real. And so that certainly starts with the action, that things were going to be hand-held, they were going to be at eye-level. I wanted the audience to feel like they were in the fight. I never wanted to have the camera be a character. So for the most part, the camera was never up high or really down low or swinging around. ...

We would talk about the story of each fight, and that was incredibly important because, for me, that's what makes a great action scene: that it has a beginning, middle and end that is character-driven, that it's emotional. And so when talking about the story of each one, that helped design the fight and what should happen within the fight, it also helps the actors know what they were doing in the fight, so that it's not just two people punching each other or people just shooting each other. There's got to be stakes to it.

That was in the graphic novel and then in the script. And it was one of those moments — I just so remember my first read of the script and the story. I knew nothing about it. I hadn't read the graphic novel prior, which I'm happy about because I was continually surprised. ... It was just something I hadn't seen before and I hadn't seen characters like that before. ... I just felt that [these characters] were so different and so distinct and so badass and their love just felt real and special. And I was excited, as I said, to put them into the world.

Before COVID shut everything down, we had two audience previews of the film. So I actually got to see it in the theater with 250 people per screening. And they target an audience of people they think will see the film for the previews. And I knew there would be nothing to get me to cut that scene. But we did not know what the audience reaction was going to be at all. And I remember sitting in the theater and as we're getting closer to the scene, ... and they kiss, and the audience erupted in applause, [at] both screenings.

It was such an amazing moment and surprising ... But it honestly was tied to this moment when we were shooting. After we'd finished shooting the scene, two different guys from the crew came up to me and said how much they loved the scene and that when they were watching, they didn't see two men, they just saw two people in love. I was like, wow, I think, maybe we did do our jobs here, because that's what they felt and that's what we wanted to feel. Love is love.

One of the beautiful things about the script when I first read it, and what I was excited to put into the world, was that it was this group of warriors and different cultures and backgrounds and sexual orientations and genders that have come together to protect humanity.

There were two things that became highlighted for me having this film come out now, it was both a pandemic and this certainty of how connected globally we are. For me, one of the beautiful things about the script when I first read it, and what I was excited to put into the world, was that it was this group of warriors and different cultures and backgrounds and sexual orientations and genders that have come together to protect humanity. And it just feels even more relevant.

And then the other is this national reckoning that we're having in this moment, which I certainly believe is tied to the pandemic as well: How important it is to have [Black female] characters like Nile in the world, given how complicit Hollywood has been in the images of Black people that have been put out, that damage our humanity, as well as the invisibility, which does the same damage, certainly of Black women. And so, again, to have these images suddenly, not only here, but globally has been, I think a really beautiful thing. And, I hope, has given people some inspiration or aspiration.

Heidi Saman and Seth Kelley produced and edited this interview for broadcast. Bridget Bentz, Molly Seavy-Nesper and Petra Mayer adapted it for the Web.