Accessibility links
'Caste' Argues Its Most Violent Manifestation Is In Treatment Of Black Americans Isabel Wilkerson's second book is a masterwork of writing — a profound achievement of scholarship and research that stands also as a triumph of both visceral storytelling and cogent analysis. 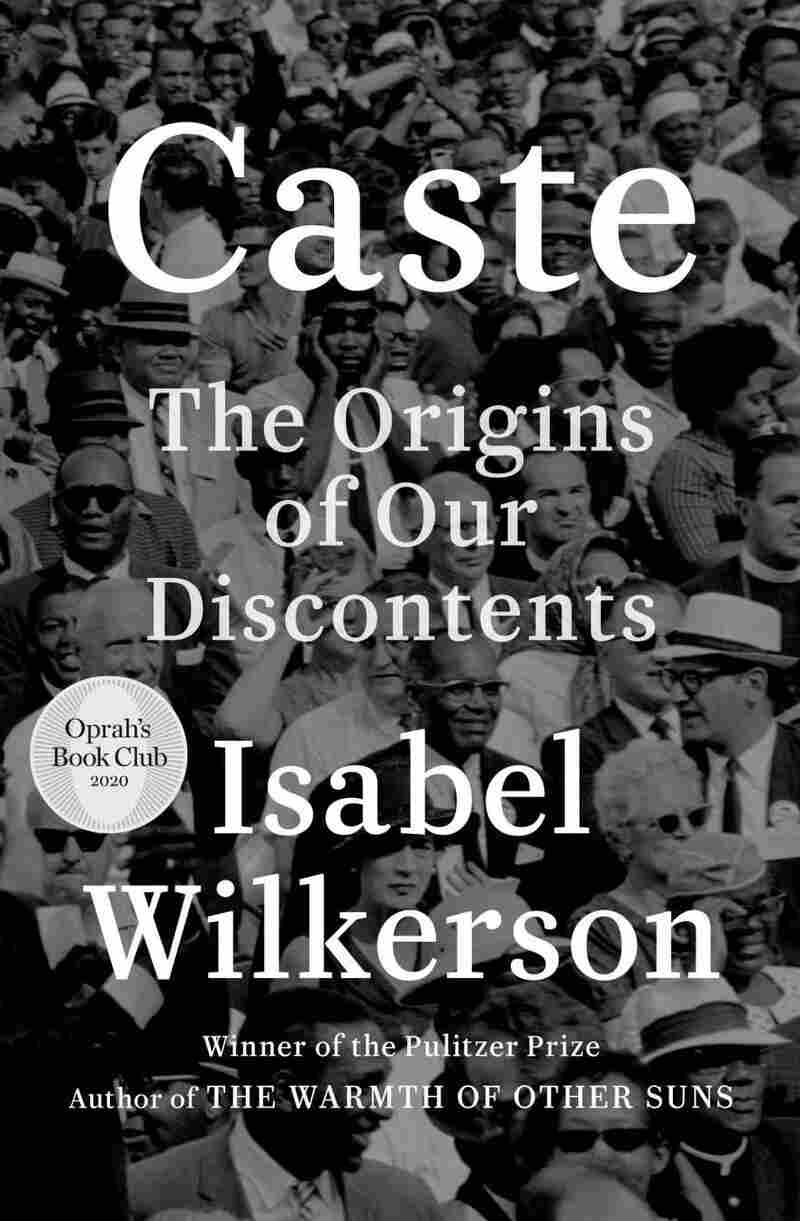 Caste: The Origins of Our Discontents by Isabel Wilkerson Random House hide caption 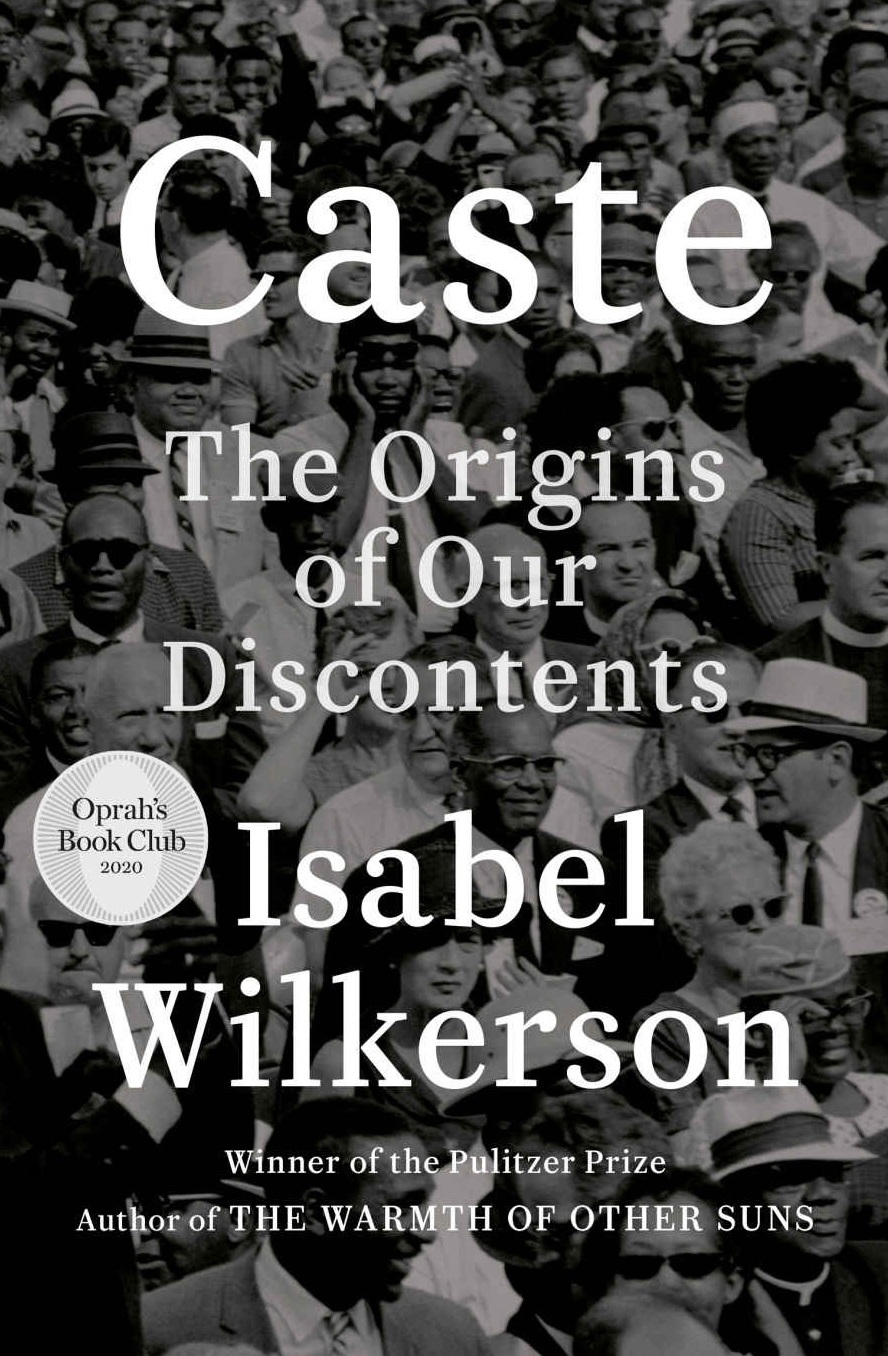 Caste: The Origins of Our Discontents by Isabel Wilkerson

To read Isabel Wilkerson is to revel in the pleasure of reading — to relax into the virtuosic performance of thought and form one is about to encounter, safe and secure that the structures will not collapse beneath you.

In the Pulitzer Prize-winning journalist's first book, The Warmth of Other Suns: The Epic Story of America's Great Migration, Wilkerson evinced a rare ability to craft deeply insightful analysis of deeply researched evidence — both historical and contemporary — in harmonious structures of language and form.

Now, in her sophomore effort, the former New York Times Chicago bureau chief does not disappoint. Caste: The Origins of Our Discontents is a masterwork of writing — a profound achievement of scholarship and research that stands also as a triumph of both visceral storytelling and cogent analysis.

What is caste? According to Wilkerson, "caste is the granting or withholding of respect, status, honor, attention, privileges, resources, benefit of the doubt, and human kindness to someone on the basis of their perceived rank or standing in the hierarchy." Racism and casteism do overlap, she writes, noting that "what some people call racism could be seen as merely one manifestation of the degree to which we have internalized the larger American caste system."

Wilkerson's central thesis is that caste, while a global occurrence, achieves its most violent manifestation in the treatment of American Blacks, set at the lowest level in society through historical and contemporary oppression, marginalization and violence — all legally maintained through systems of law and order. "The English in North America developed the most rigid and exclusionist from of race ideology," Wilkerson writes, quoting the anthropologists Audrey and Brian Smedley.

Wilkerson establishes a correlation between American Blacks, whom she names the "American untouchables" and the Indian "untouchables," or Dalits, as the lowest caste; while whites in America are the dominant, highest caste equivalent to the Indian Brahmins. Describing the treatment of Blacks in America, Wilkerson writes:

"The institution of slavery was, for a quarter millennium, the conversion of human beings into currency, into machines who existed solely for the profit of their owners, to be worked as long as the owners desired, who had no rights over their bodies or loved ones, who could be mortgaged, bred, won in a bet, given as wedding presents, bequeathed to heirs, sold away from spouses or children to convene an owner's debts or to spite a rival or to settle an estate. They were regularly whipped, raped, and branded, subjected to any whim or distemper of the people who owned them. Some were castrated or endured other tortures too grisly for these pages, tortures that the Geneva Conventions would have banned as war crimes had the conventions applied to people of African descent on this soil."

Wilkerson's argument is based on an exploration of what she names the three resonant caste systems in history: the Indian caste system, the Nazi caste system and the American caste system — which the Nazis researched when creating their own. "There were no other models for miscegenation law that the Nazis could find in the world," Wilkerson writes, citing Yale legal historian James Q. Whitman as evidence: "'Their overwhelming interest was in the 'classic example,' the United States of America."

Wilkerson supports her analysis with an immense compendium of documented research that spans centuries. Through her detailed historical research, she unearths evidence that the violence toward Blacks that the American caste system espoused was too much even for the Nazis; they balked at replicating some of the more horrific acts of American racism toward Blacks. "[Herbert] Kier was just one of several Nazi researchers who thought American law went overboard," Wilkerson writes, while others, like Hans F. K. Günter, thought the American laws so outrageous as to be untrue.

Caste, Wilkerson posits, is dependent upon the dehumanization of the other, most powerfully seen in the use of Jews and Blacks as the subject of horrific experiments by the respective dominant caste systems of Germany and America. "German scientists and SS doctors conducted more than two dozen types of experiments on Jews and others they held captive," while "in the United States, from slavery well into the twentieth century, doctors used African-Americans as a supply chain for experimentation, as subjects deprived of either consent or anesthesia," Wilkerson writes.

One of the most poignant examples Wilkerson describes is the violence done by Dr. J. Marion Sims, lauded as the founder of American gynecology, on the bodies of Black women:

"He came to his discoveries by acquiring enslaved women in Alabama and conducting savage surgeries that often ended in disfigurement or death. He refused to administer anesthesia, saying vaginal surgery on them was not painful enough to justify the trouble. ..."

Wilkerson says Sims would "invite leading men in town and apprentices in to see for themselves. He later wrote, 'I saw everything as no man had seen before.' "

Medical experiments were also carried out on Black men and Black children: Wilkerson notes Harriet Washington's research in Medical Apartheid in which a plantation doctor "made incisions into a black baby's head to test a theory for curing seizures" with "cobbler's tools" and "the point of a crooked awl." The horror is legion.

Wilkerson documents the pogroms of violence against the caste of American untouchables as waves throughout history — whether the violence of slavery or the waves of vigilante violence that that rose during Reconstruction and have continued since; incidents such the Ocoee, Fla., massacre in 1920 or the 1921 destruction of Black Wall Street in Tulsa, Okla., are set in a continuum that meets with the attacks on Black Americans in Birmingham, Ala., 40 years later in the 1960s, and then again in Charleston, S.C., by Dylann Roof on a Black church five years ago. This violent terror is a marker of the caste system, Wilkerson writes. The descriptions are vivid in their horror; the connections travel across history and time to resonate in the mind.

This structural move is a classic trademark of Wilkerson's style, and one of the attributes of her unique voice that imbues her writing with such textured depth. Wilkerson's use of a poetic focus on imagery and detailed characterization allows us an intimate and personal relationship with the lives of those she chronicles; when this empathic closeness is juxtaposed with the harsh brutality of the historical record the contrast is resonant and haunting, becoming a towering memorial to those violated by the violence of caste.

Caste is divided into six sections exploring the various aspects of caste: its origins, its sustainment and far-reaching "tentacles," and its effects — whether detrimental health for the givers and receivers of racism or the expected white supremacist backlash to the election of the first president of recognizable Black heritage: "The ability of a black person to supplant the racial caste system," Wilkerson writes, quoting the political scientist Andra Gillespie of Emory University, was "the manifestation of a nightmare which would need to be resisted."

Although a claim can be made that the opening chapter or two on the fallout of the 2016 election appear dated, this to be fair, is only because of what has happened to America in the interim since Wilkerson penned those words.

What is problematic is the glaring absence of Africa in a book that aims to position itself as a seminal text on the concept of a global caste system and the positioning of Blackness within that global caste system. Wilkerson glances at this briefly with a scant mention of South Africa in a couple of paragraphs and by quoting a woman identified only as a Nigerian playwright saying that "there are no Black people in Africa" — and then keeps it moving. Both are moments that do need to be unpacked. It is understandable why Wilkerson does not walk through this door to explore caste in Africa — Caste is 400 pages before adding the impressive list of research sources. But if Wilkerson is not opening that door, there does need to be an acknowledgement of why not, an acknowledgement of that absence.

Simply put: With colonization, European colonizers brought their caste system to Africa and implemented it over the already existing caste systems among many African ethnic groups.

This points, ultimately, to the role of personal accountability within a caste system. What does one do with this knowledge of the violence of caste? Does one perpetuate it? Eradicate it?

Interestingly, Wilkerson at times seems to argue not for an eradication of caste, but to create space for her, and others she meets, who have been miscast in their "caste" — regulated to the lowest caste when by intelligence or other attribute they should be in the higher caste, or vice versa. "We had defied our caste assignments: He was not a warrior or ruler. He was a geologist. I was not a domestic. I was an author," Wilkerson writes. Even the ending "Awakening" section, couched as a look forward, is depicted less of an articulation of the possibilities of a world without caste, and more of her desire simply to be seen as equal to those of the dominant caste.

In this, Wilkerson leans to biology. She offers the example of wolves as her support for the necessity of this hierarchal structure — the necessity not just of the alpha, but of the omega, or the underdog, beaten and abused by the others, the "untouchable." When the underdog dies, she writes, the whole pack is destabilized. No one wants to be the lowest of the low, "the scapegoat," but the pack needs one to survive.

I would argue that the tragedy, rather, is the need for these positions such as "omega" to still exist, which then justifies the need for this caste structure and its continued existence — even if it exists with Wilkerson's proffered edit that would allow an individual, no matter "background or caste," to hop into their desired caste and profit from the continued oppression of others the caste system welds.

If we are to look at biology as evidence, let us consider the research of Eli D. Strauss and Kay E. Holekamp on hyenas in the Proceedings of the National Academy of Sciences, the official journal of the National Academy of Sciences, which offers another model for social positioning. Within the hyena community, as with wolves, there is a strict hierarchy of dominant caste and lower castes. But, if a female understands the hierarchy as unjust and challenges a more dominant member of the higher caste and her female peer group agrees with her, they will rise up across caste and challenge the dominant caste; if this female cross-caste coalition wins, the hierarchy is destabilized, and this radical feminist hyena and her cross-caste pack become the new dominant caste.

It is not enough, but it is a start.

Let us think not just about our own individual desires to be seen as a member of the dominant caste and benefit accordingly, but about the necessity to challenge this entire system of oppression radically. Let us think not just about replicating oppressive patriarchal systems but about alternative models such as matrilineal cross-cultural communication and connection.

Let us look not to the wolves, but to the hyenas.

Hope Wabuke is a poet, writer and assistant professor at the University of Nebraska-Lincoln.