Accessibility links
'A Homeless Pandemic' Looms As 30 Million Are At Risk Of Eviction Federal and state eviction bans, put in place during the pandemic, have lapsed. President Trump's executive order to prevent evictions isn't enough and Congress needs to act, housing activists say. 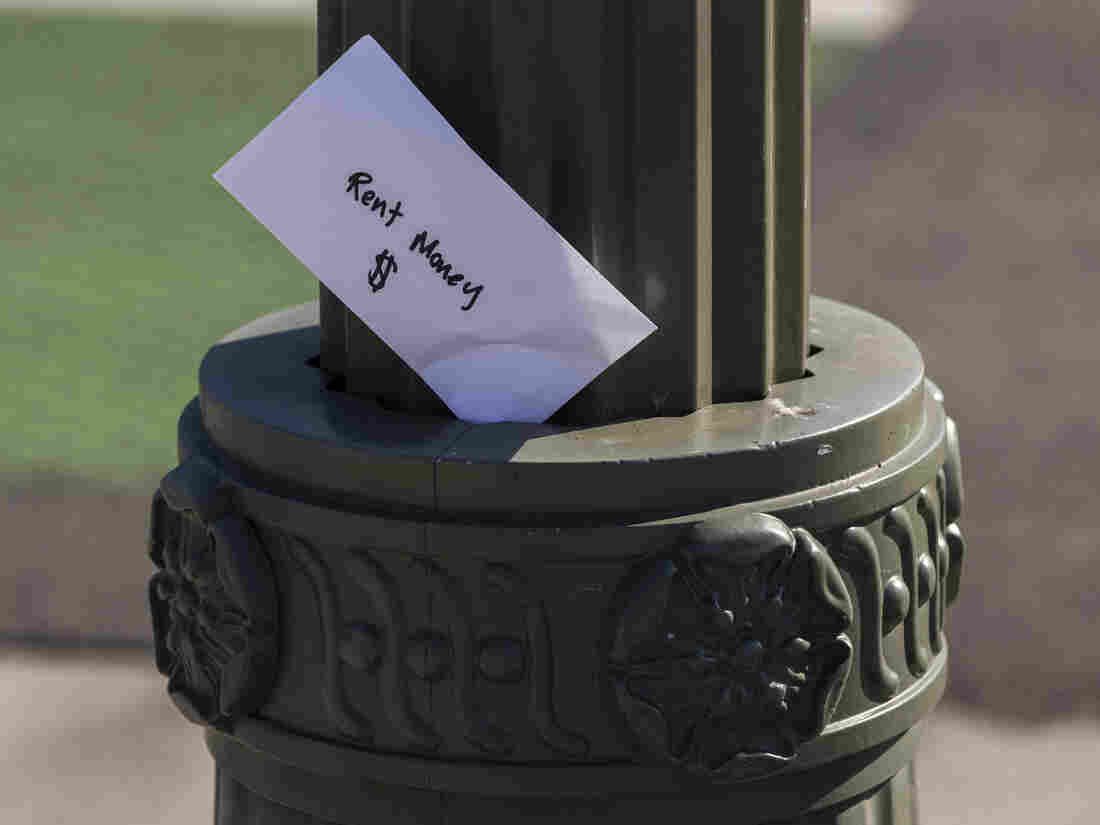 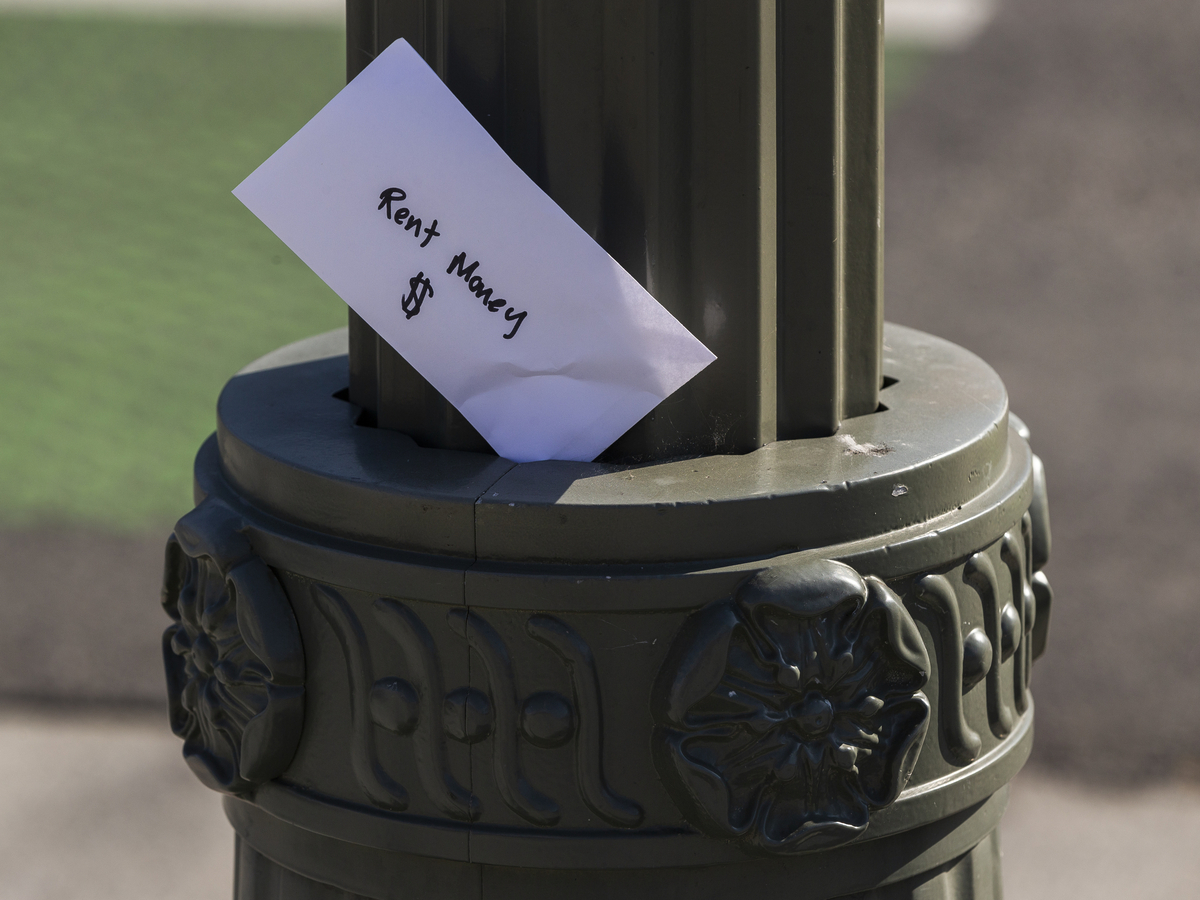 Cruz Santos thought her life was finally turning around in early March when she found a job at a shoe store after months of looking.

Two weeks later, the store shut down, throwing her back onto the unemployment lines, and leaving her and her three school-age kids at risk of losing the one-bedroom Bronx apartment where they live.

"I don't know what's going to happen and if they're going to kick me out of my apartment. And that's something hard, you know. You can hardly even sleep sometimes," Santos says.

Over the weekend, President Trump signed an executive order requiring administration officials to "take all lawful measures to prevent residential evictions and foreclosures resulting from financial hardships caused by COVID-19."

He also ordered cabinet officials to identify funds that could be used to aid distressed renters.

But Trump's order neither bans evictions outright nor provides rental assistance — actions that need to be approved by Congress — and most housing activists say it will do little to stop the tidal wave of evictions that's coming.

After the pandemic struck, Congress and many state governments imposed bans on evictions meant to protect the legions of suddenly unemployed workers from losing their homes.

Now, those bans are lapsing in most states, just as the supplemental unemployment benefits signed into law by Trump in March are also ending, and Congress has been unable to reach agreement on a bill that would extend them.

"Now you're in a moment where you still haven't gone back to work, most government benefits have stopped, and the rent is still due," says the Aspen Institute's Zach Neumann, who founded the COVID-19 Eviction Defense Project.

Neumann estimates that of the 110 million Americans who live in rental housing, at least 30 million are at risk of eviction by the end of September.

"There's tremendous urgency," adds Diane Yentel, president and CEO of the National Low Income Housing Coalition. "There are millions of renters who can't sleep at night because they don't know what they're going to do if they become homeless."

Kristie McDonald went on disability after surgery last year. By the time she was healthy enough to go back to work, the coronavirus had struck, making it all but impossible to find a job.

The $600-a-week unemployment benefit provided by the federal government allowed her to pay the rent on her apartment in Biddeford, Maine. Now that's gone and she's not sure what she'll do.

"It's not an immediate concern. Like, I have enough money that I know I can pay rent next month. But after that it starts to become very precarious," McDonald says.

Even when bans are still in place, tenants can have trouble understanding whether they're protected or what their rights are.

In Florida, a temporary ban has been extended. Still, the extension merely allows renters who can prove they've been hurt by COVID-19 to appeal for more time to pay what they owe, says Jamos Mobley, an attorney in Orlando, where a small army of hospitality and tourism workers is out of work.

"A lot of folks hear that we've had an extension, and they're going to assume they're protected. And that's just not the case. Evictions are moving forward. They're being filed. They're being served," says Mobley, who works for the Legal Aid Society in Central Florida.

"I think our next pandemic, if nothing is done, is going to be a homeless pandemic," he says.

The coming surge in evictions is a health problem, as well as an economic one, Yentel says.

"When our collective health depends on our ability to stay home, we all have a stake in ensuring that millions of people don't lose theirs, in the middle of this pandemic," she says.