Accessibility links
Chicago Unrest, Following Police Shooting, Called 'Criminal Conduct' By Mayor' Bridges were raised to limit access to downtown as chaos spread. Authorities say outrage over a police shooting prompted the looting, but that the "abject criminal behavior" was not part of a protest. 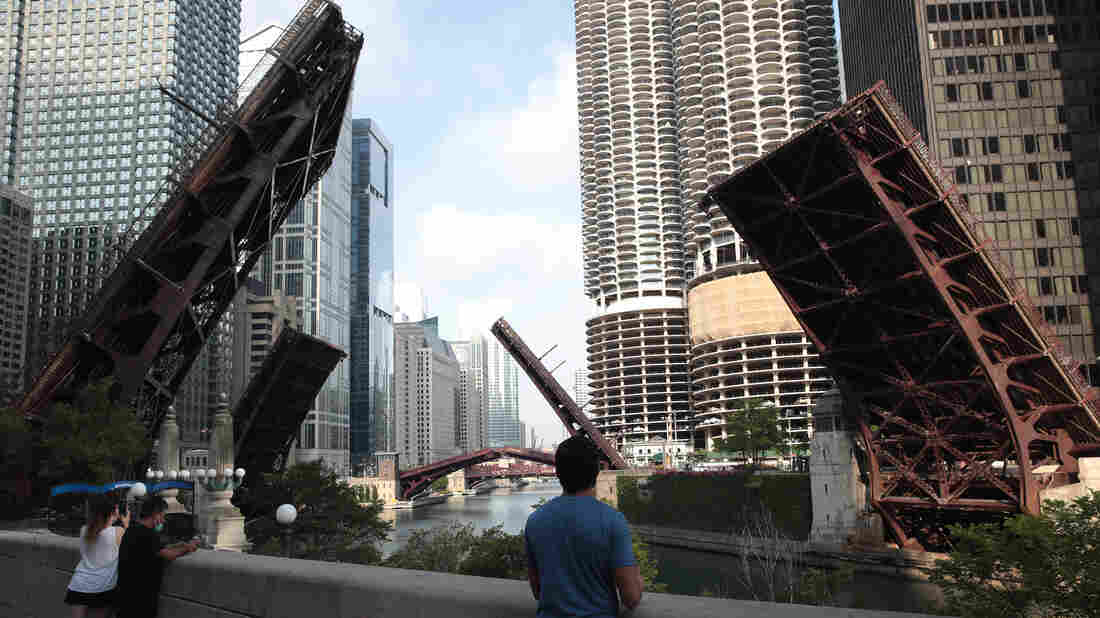 Bridges that lead into downtown Chicago were raised to limit access after looting and vandalism late Sunday and early Monday. Police made more than 100 arrests during the night of unrest and confiscated five guns. Scott Olson/Getty Images hide caption 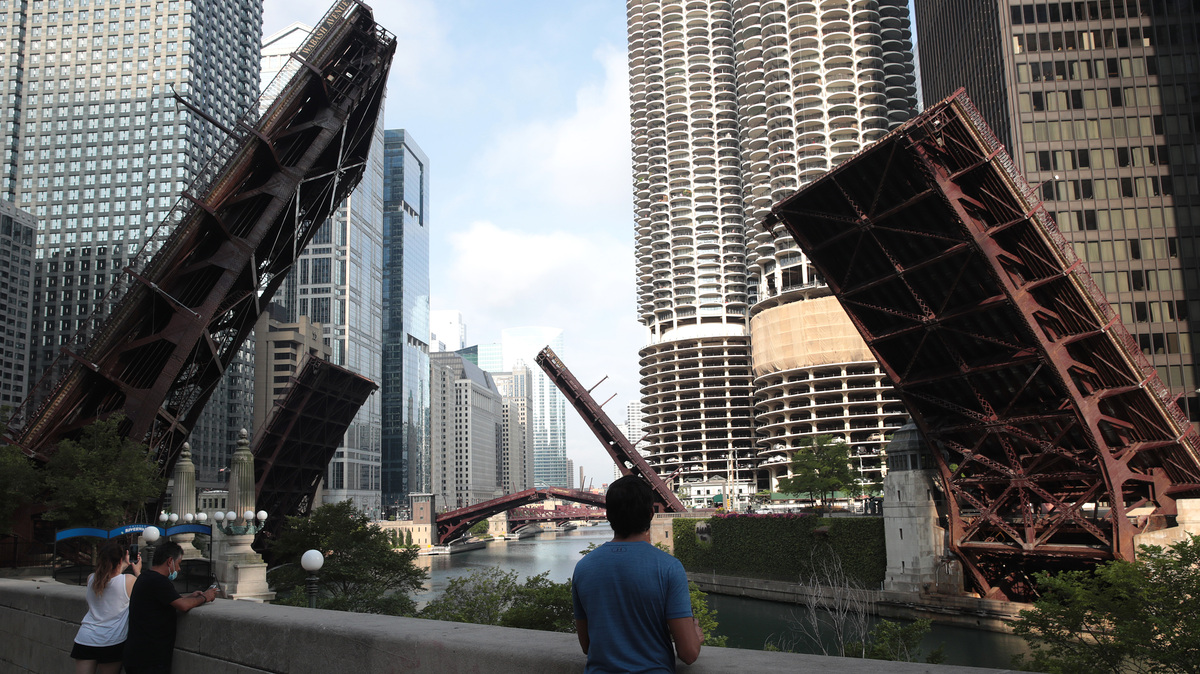 Bridges that lead into downtown Chicago were raised to limit access after looting and vandalism late Sunday and early Monday. Police made more than 100 arrests during the night of unrest and confiscated five guns.

Hundreds of people looted high-end shops on Chicago's Magnificent Mile overnight and early Monday morning with police officers exchanging gunfire with at least one individual, according to Chicago officials.

Law enforcement officials say the violence was linked to social media calls for looting after police shot and injured a male suspect in Englewood, on the city's South Side, on Sunday afternoon.

"To be clear, this had nothing to do with legitimate protected First Amendment expression," Mayor Lori Lightfoot said Monday. "What occurred downtown and in surrounding communities was abject criminal behavior, pure and simple ... This was straight-up felony criminal conduct."

To staunch the unrest, bridges over the Chicago River were lifted to reduce traffic in and out of downtown, and bus and train service were temporarily restricted to the area.

"This was an act of violence against our police officers and against our city," Police Superintendent David Brown said Monday morning, vowing a heavy police presence would be felt downtown "until further notice."

Nine officers were injured, including a broken nose and an injury from a thrown bottle, while one security guard and one civilian were shot and hospitalized in critical condition, according to police. Police arrested more than 100 people suspected of theft, disorderly conduct and battery against officers and will examine security footage for more suspects, Brown said.

The scenes in Chicago echoed the unrest in that city and many others in late May and early June after George Floyd was killed by police in Minneapolis.

However, local police and government officials were adamant that the overnight looting and property destruction were not part of a protest.

On Sunday afternoon, police shot and injured a male suspect in Englewood. Police say he had fired a weapon at officers; he has been hospitalized and is expected to survive.

A crowd of residents confronted police officers at the scene, accusing them of shooting a child. Deputy Police Chief Yolanda Talley disputed that characterization on Sunday, calling it "misinformation." On Monday, Brown said the suspect shot by police is a 20-year-old man.

Brown said shortly after the crowd in Englewood dispersed, police learned of calls on social media for looting downtown, with "car caravans" headed that way in "an incident of pure criminality." He said 400 officers were sent to the area.

"I pledge to pursue these offenders to the fullest extent of the law," he said. "[The Chicago Police Department] will not stand by as our beautiful downtown becomes someplace people fear."