Accessibility links
House Primaries To Watch In Minnesota, Georgia And Wisconsin The first-term progressive has a well-funded challenger. Also Tuesday there are two runoffs in Georgia with controversial conservative candidates. 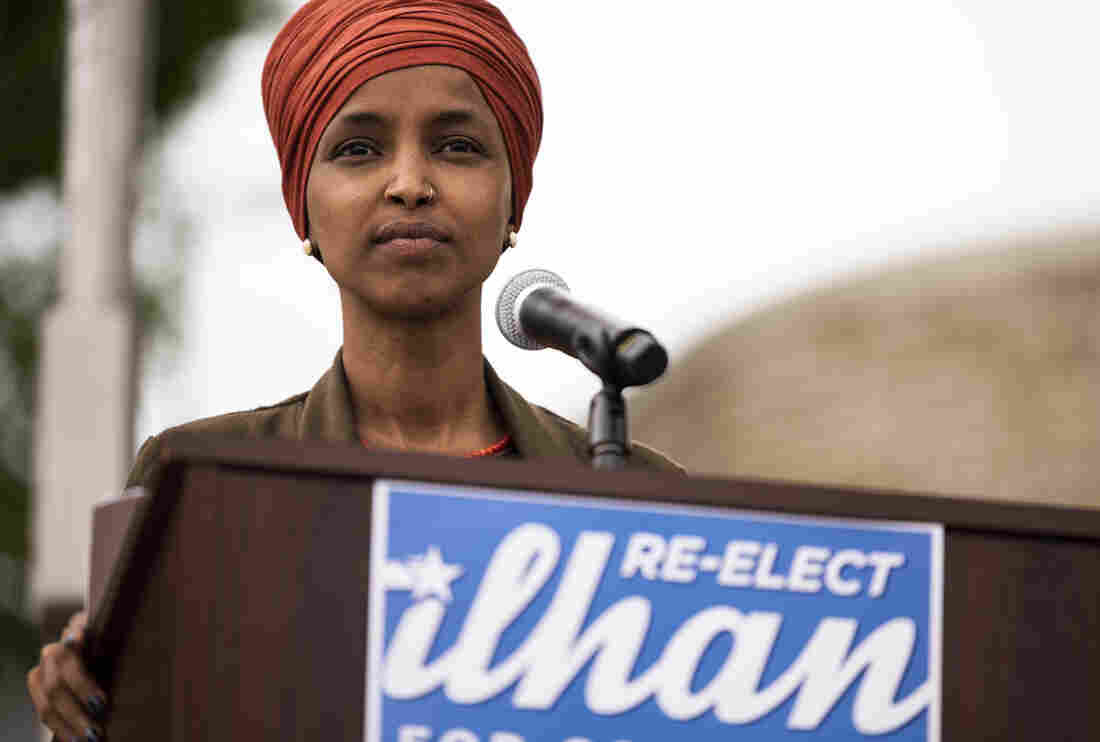 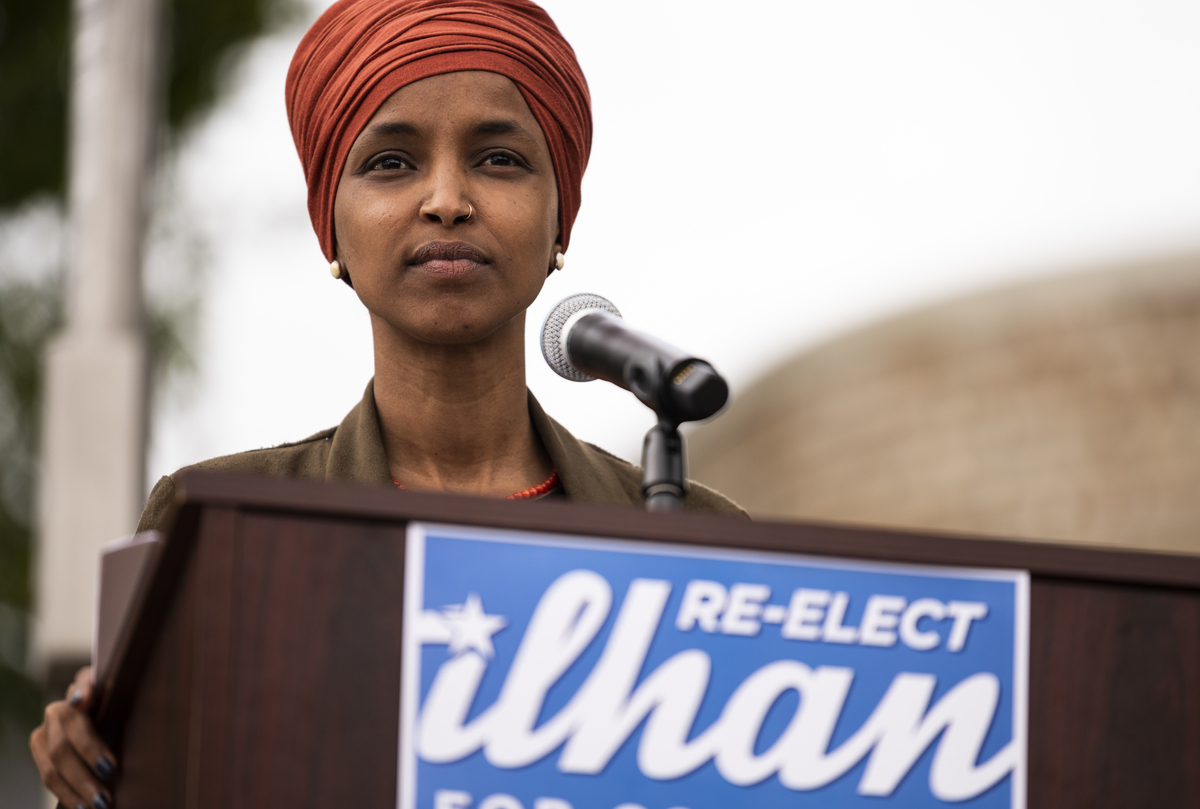 Five more states hold primaries Tuesday. Check out all the results in Connecticut, Georgia, Minnesota, Vermont and Wisconsin, and here are five primaries to watch:

1. Minnesota's 5th Congressional District — Democratic: Even though Ilhan Omar has been in Congress for only a little more than a year-and-a-half, she's a household name to anyone who follows politics, thanks in no small part to President Trump, who has repeatedly denigrated Omar.

"Congresswoman Omar is an America-hating socialist," Trump blared at a campaign rally last fall in Minneapolis, the heart of the heavily Democratic 5th District.

Omar entered Congress last year as a vocal member of the self-described "squad." That's the group of four progressive women of color elected to Congress in 2018 who have been pressing for socioeconomic and environmental transformation.

Omar says she thinks her Democratic constituents in Minnesota appreciate her using her national voice to push for change.

"It's been really the honor of my life to represent my district to be a voice for those that have been told they are too loud and that their, you know, presence isn't supposed to be in the halls of power," Omar said.

But critics say Omar has demonstrated she's more interested in getting in front of microphones and engaging in Twitter wars than doing the work of the 5th District. 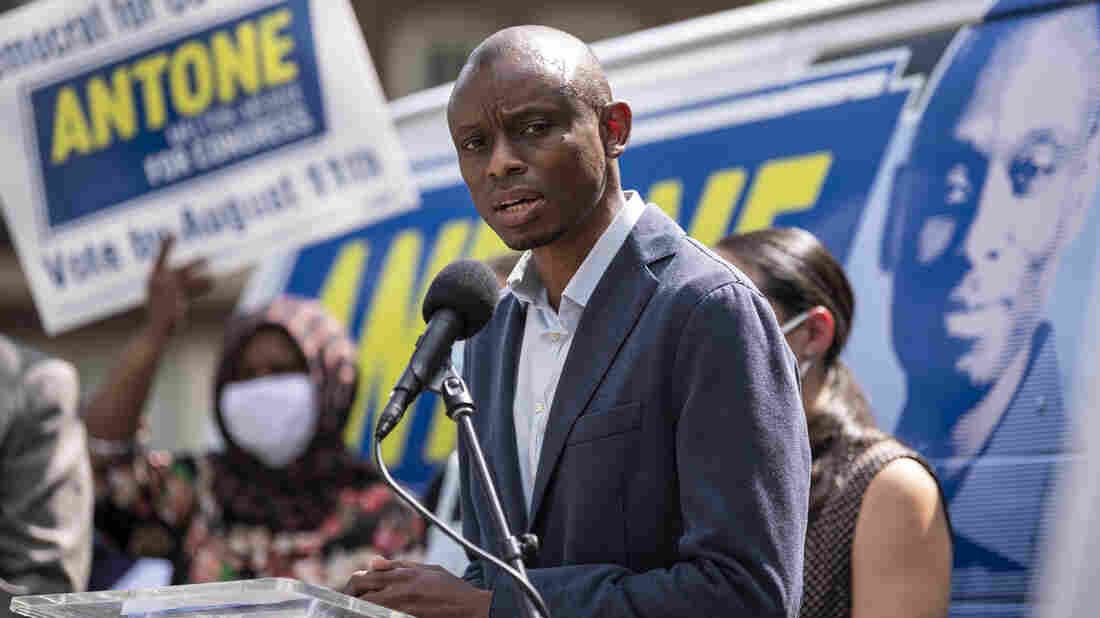 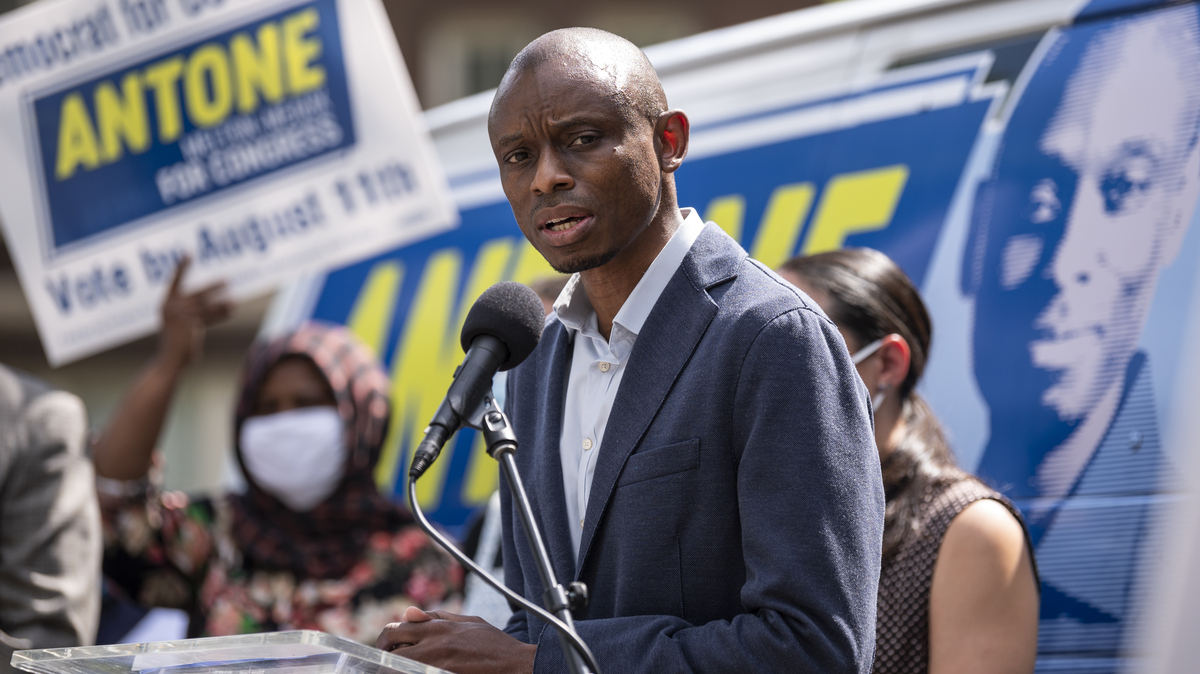 One of Omar's four challengers, Antone Melton-Meaux, works as a mediator. He says Omar is too divisive and too focused on herself and that area Democrats have had enough.

"The residents feel deeply that Congresswoman Omar is out of touch with the district and has been focused on her own personal pursuits and celebrity to the detriment of the work that needs to be done for the 5th," Melton-Meaux said.

Some voters were troubled by Omar's comments suggesting that American support for Israel was all about money and invoking what even many Democrats said were anti-Semitic tropes. Party leaders admonished Omar and she apologized early last year.

Melton-Meaux has raised more than $4 million for his primary campaign. Omar has raised slightly more. The overwhelming majority of the money has come from outside Minnesota. Some Omar backers think many people supporting Melton-Meaux are simply trying to silence Omar by knocking her off the national political stage.

Whoever wins the Democratic primary has a very good chance of prevailing in November as well. Democrats have held the seat for more than a half century.

2. Georgia's 9th Congressional District — Republican: GOP Rep. Doug Collins is running for U.S. Senate, and as in the 14th District next door, there is a contentious two-candidate runoff for the open seat. Both districts are solidly Republican.

State Rep. Matt Gurtler won the most primary votes in June but has been widely rejected by what he calls the state party "establishment." He has angered colleagues in the General Assembly over the years by voting no on any bill that expands state government. He's dubbed himself "the most hated man in Georgia by the Republican establishment because I don't go along with what they want me to go along with."

Gurtler sees himself as someone who will take on congressional Democrats and "RINO Republicans," with RINO meaning "Republican In Name Only."

His opponent, Andrew Clyde, is the chosen candidate of many Georgia officials. The Navy veteran with no elected experience owns a gun store in Athens, Ga.

University of Georgia political scientist Charles Bullock said the state's more conventional GOP officeholders realize that if Gurtler is elected, "they're not going to see much in the way of federal money coming into their local communities. ... I think maybe Gurtler might well say he doesn't want federal funds."

In this district, it's Marjorie Taylor Greene. The construction executive won 40% of the votes in the June primary and has caught national headlines since.

She has repeated the QAnon conspiracy theory, but it was offensive video statements about Muslims, African Americans and Jewish Democratic donor George Soros, unearthed by Politico, that quickly isolated her from members of the Republican caucus. The top three House GOP leaders denounced Greene's comments, and conservative Georgia Rep. Jody Hice rescinded his endorsement after the videos surfaced.

Many of the state's elected officials have instead thrown their support behind her opponent, neurosurgeon and political newcomer John Cowan, whose slogan says "all of the conservative, none of the embarrassment."

According to Eric Sands, political science professor at Berry College, the candidates represent "two different kinds of Republicans" in the 14th. And mainstream Republicans, he said, are "terrified of what [Greene] might end up saying if she became a member of the House of Representatives that would then end up reflecting badly on the party."

Sensenbrenner has represented Milwaukee's suburbs since 1979, and as The New York Times reported when he announced his retirement, "few departing lawmakers have been as central to the party's identity in the House as long as Mr. Sensenbrenner."

Fitzgerald has easily outraised and outspent DeTemple this campaign. The winner of the GOP primary will face Democrat Tom Palzewicz in November. The district is considered solidly Republican by handicappers.

Though there's no drama about the outcome, the last presidential primaries, just days ahead of the parties' respective nominating conventions, will be held in Connecticut, which postponed its April contests because of the coronavirus pandemic.