Accessibility links
Vote By Ballot Drop Boxes Gain Favor Amid USPS Woes Drop boxes have been used in some states for years, and their use is expanding as more voters cast absentee ballots. But the Trump campaign and some Republicans say they're not secure enough. 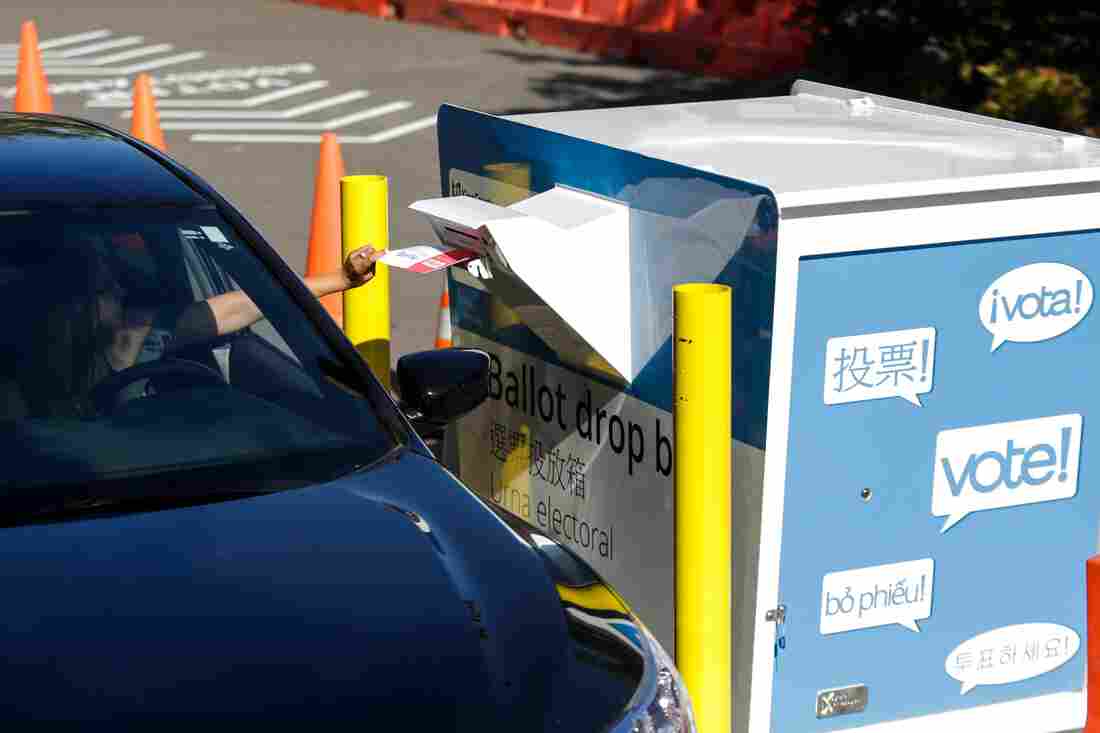 A voter inserts a ballot in a drive-up drop box last week in Renton, Wash., in that state's primary. With more states expanding absentee voting due to the pandemic, the use of drop boxes is growing and leading to legal challenges from some Republicans. Jason Redmond/AFP via Getty Images hide caption 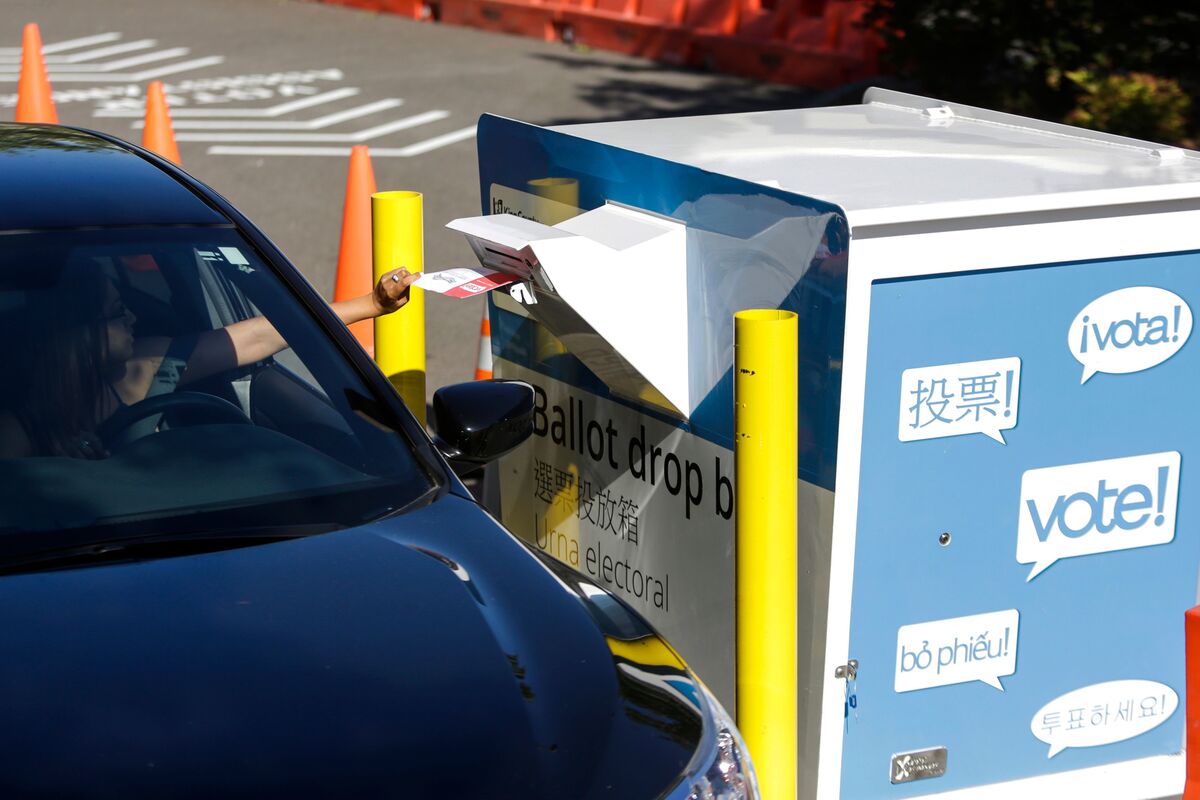 A voter inserts a ballot in a drive-up drop box last week in Renton, Wash., in that state's primary. With more states expanding absentee voting due to the pandemic, the use of drop boxes is growing and leading to legal challenges from some Republicans.

Many voters are worried about casting their ballots in person this November because of the pandemic. They're also concerned that their mail-in ballots could be misplaced or delayed.

One voting option that's gaining popularity — and also attracting controversy — is the use of drop boxes, where voters can deposit their absentee ballots to be collected later by election officials.

Elizabeth Dandridge was one of a steady stream of voters in Detroit last week who placed their ballots in one such box — a red, white and blue metal container on the sidewalk right outside the city's main election office.

"I wanted to be sure that it was collected," Dandridge said of her ballot. "Sometimes the mail's delayed. I'm waiting on packages where people have sent me over two weeks ago, and they haven't come."

Michigan had hundreds of drop boxes available for its primary after more than 1 million voters decided to cast absentee ballots rather than go to the polls.

But those ballots needed to be received by 8 p.m. on election day, and many voters, such as Dandridge, didn't want to rely on the post office. So far this year, tens of thousands of primary ballots have been rejected around the country because they arrived too late.

It's a growing concern as the nation prepares for an unprecedented flood of absentee and mail-in voting in November amid funding cuts at the U.S. Postal Service and election offices struggling to meet demands.

Connecticut is using about 200 drop boxes for the first time in its primary Tuesday. Secretary of State Denise Merrill admitted the state was somewhat overwhelmed by a surge in requests for mail-in ballots. She said election offices were still trying to fill those requests a week before the election, leaving little time for voters to fill them in and send them back in the mail.

"There's a lot of confusion just at the moment about when the ballots got mailed, to whom, when they're going to arrive," Merrill said. "It's going to be very tight, and ballot boxes play an increasingly important role in all this because, you know, you shave off two, three, four, maybe five days from when you mail a ballot."

But the boxes have also been controversial. A couple of Connecticut towns complained that having them outside and available to voters around the clock isn't safe, even though many are protected with security cameras.

Tennessee Secretary of State Tre Hargett also told the U.S. Senate Committee on Rules and Administration recently that his state doesn't allow drop boxes for fear voters might be pressured to vote a certain way.

"If someone knows you've got an absentee ballot, they can say, 'Hey I'll be glad to take that for you and drop that off for you.' They can ask to watch you fill that ballot out or they cannot turn it in at all for you," Hargett said. "We believe it's a great security measure to have someone returning their own ballot by the United States Postal Service." 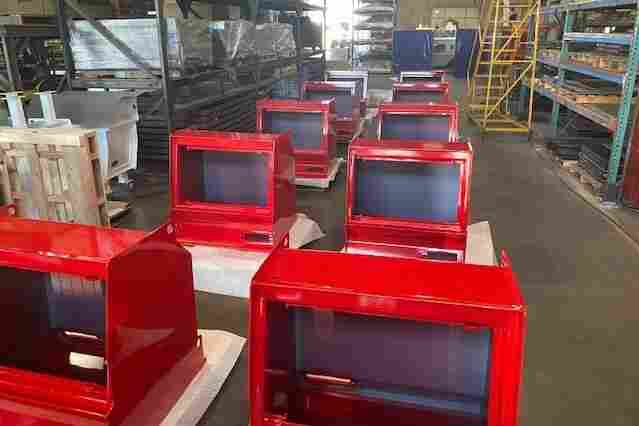 Ballot boxes are under construction at Laserfab Inc.'s factory. The company says it's seen a bump in orders this year as absentee voting has expanded. Courtesy of Laserfab Inc. hide caption 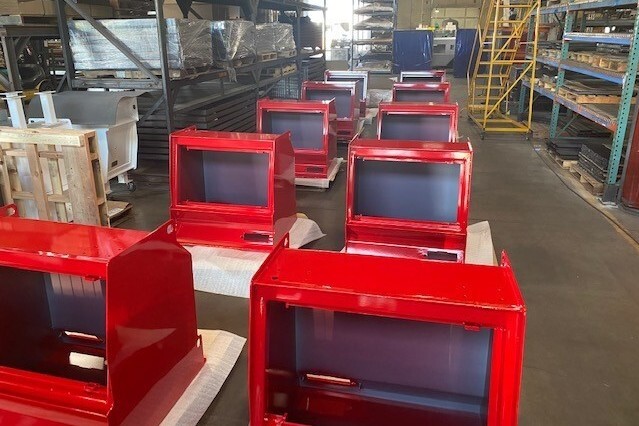 Ballot boxes are under construction at Laserfab Inc.'s factory. The company says it's seen a bump in orders this year as absentee voting has expanded.

The Republican National Committee and the Trump campaign have even gone to court to try to block Pennsylvania from using such boxes in November, arguing they could increase the chances for fraud.

Drop box supporters dismiss such concerns as completely unfounded. They note that drop boxes have been used in some states — such as Washington and Oregon — for years without problems.

Kristen Clarke, president and executive director of the Lawyers' Committee for Civil Rights Under Law, told the Senate committee that drop boxes are an important and convenient option for voters — especially this year.

"They complement the limited postal [services] that are available in communities and are just critical to providing access this season," she said.

Access for whom is not clear. Researchers have found that drop boxes can boost overall turnout, but there's no evidence — at least so far — that one party benefits over the other.

In the last presidential election, about 16% of voters nationwide used drop boxes, but they were concentrated in states such as Washington, Oregon and Colorado, where almost all voters cast absentee ballots. With so many states expanding vote by mail this year, election experts expect the overall share of people using drop boxes to be much larger.

Larry Olson of Laserfab Inc., a company in Puyallup, Wash., that makes boxes now used in 10 states, said demand is definitely on the rise. "I took a couple orders today," he said, adding that he has about 100 more boxes to produce before November. 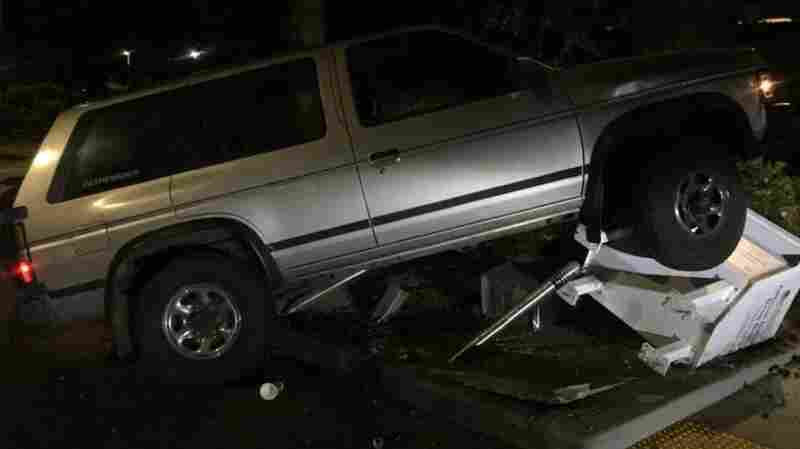 A ballot drop box made by Laserfab survived after an SUV plowed into it last year, the company says. Courtesy of Thurston County, Wash., Auditor's Office hide caption 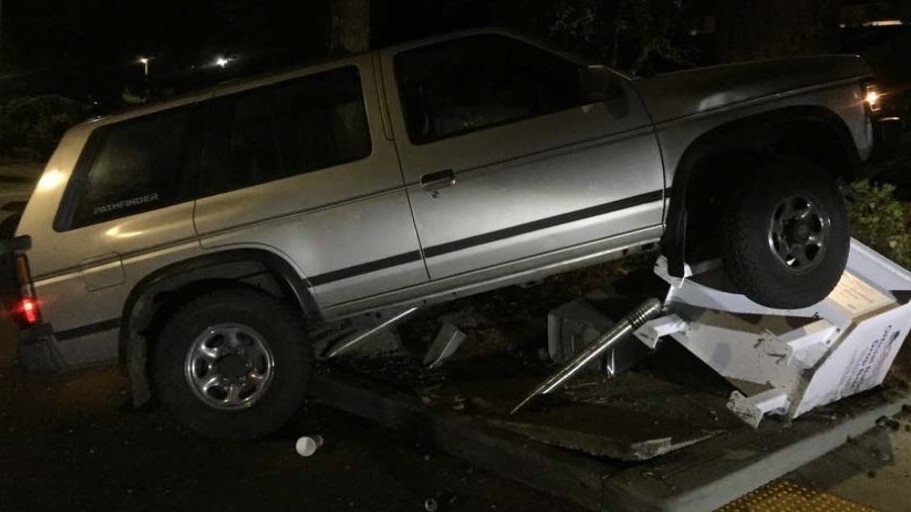 A ballot drop box made by Laserfab survived after an SUV plowed into it last year, the company says.

Olson said he is confident that his company's containers are more secure than the average mailbox, noting that the steel boxes are designed to be both water- and tamper-proof. The most popular one weighs about 600 pounds.

"And they're bolted to the ground, so it's not really something anybody can move easily," he said.

Olson noted that an SUV plowed into one of Laserfab's boxes last year in Lacey, Wash., and both the box and contents survived.