Accessibility links
DNC Speakers List Has Clintons, Obamas, AOC; No Stacey Abrams Democrats have announced a detailed list of party leaders and rising stars who will speak during each night of the virtual convention next week. 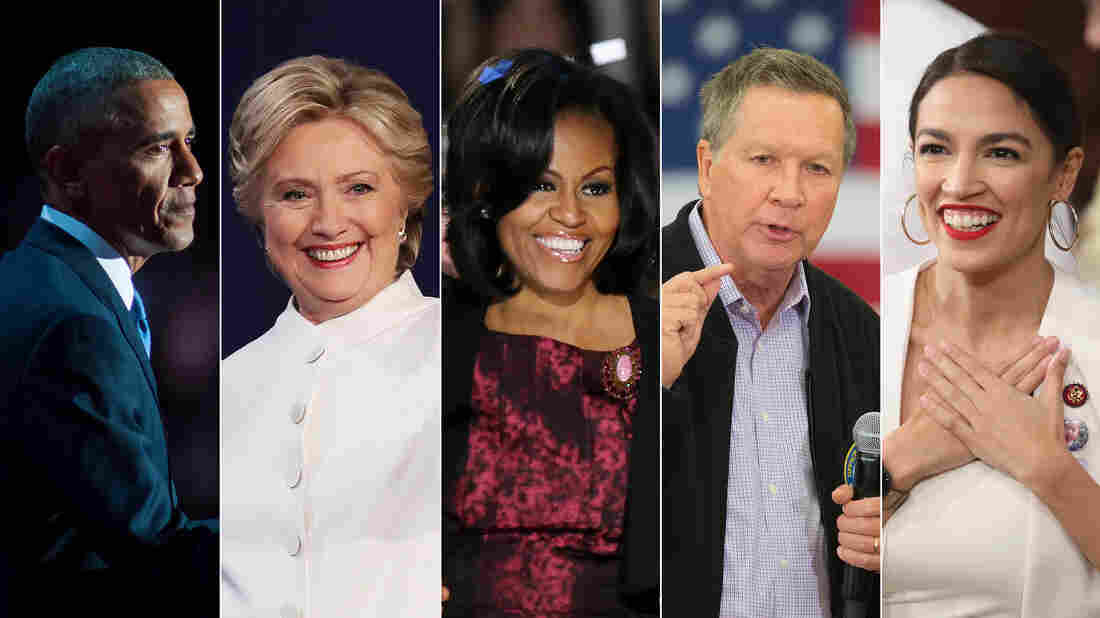 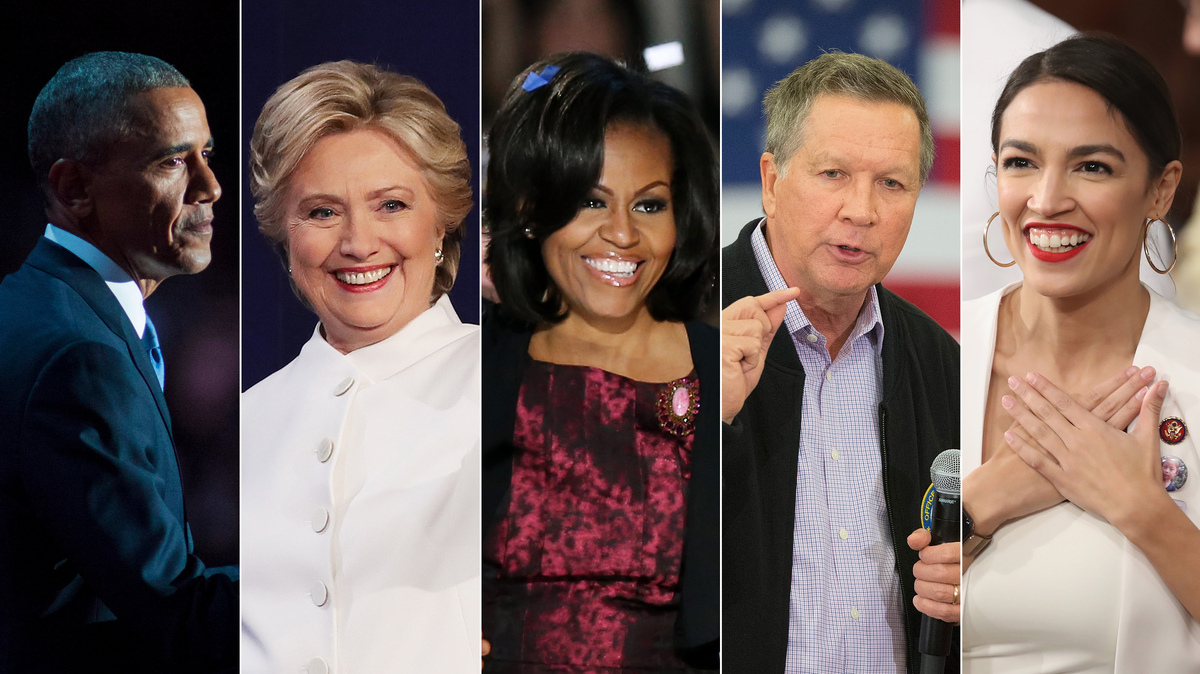 On the list of speakers at next week's Democratic National Convention are (from left) Barack Obama, Hillary Clinton, Michelle Obama, John Kasich and Alexandra Ocasio-Cortez.

The speaking lineup for the Democratic National Convention that kicks off Monday includes a number of party stars that represent the ideological spectrum, ranging from Bill and Hillary Clinton to Alexandria Ocasio-Cortez.

Democrats unveiled on Tuesday morning a long list of party leaders and influential voices who will speak during this year's convention, with a mix of both moderate and progressive voices. They'll be featured across four nights of programming.

Additional speakers will likely be added in the coming days, but here's the lineup, so far:

Who's missing: They could still get added to the lineup, but some notable Democrats are not in the initial rundown.

I’ve got to be honest I kind of expected to speak.

There were questions about whether Ocasio-Cortez would make the cut, and while she did, other young progressives in the self-proclaimed "squad" have not: Michigan Rep. Rashida Tlaib, Minnesota Rep. Ilhan Omar and Massachusetts Rep. Ayanna Pressley.

Former Vice President Al Gore, the party's 2000 nominee, will also not be featured, while other nominees who lost, like Clinton (2016) and Kerry (2004) will be speaking. Former President Jimmy Carter is also not listed, and he was notably absent from the funeral for Georgia Rep. John Lewis last month.

Hard choices were inevitably forced by the fact that Democrats have reduced their program to just two hours each night, forgoing the typical lengthy program that allowed for many speakers to get time on stage in the afternoon and early evening, before the prime-time headliners.

Last week, Democrats officially decided to turn their convention into an all virtual affair. And it was announced that because of the coronavirus pandemic, Biden would deliver his speech from his home state of Delaware, instead of traveling to the host city of Milwaukee to accept his party's nomination. It was a significant change, but Democratic convention planners had long been prepping for a highly-produced week that would need to be broadcast from multiple locations across the country.

On Tuesday, the party will also do a "roll call across America," in which they'll broadcast footage from all 57 states and territories as delegates officially cast their votes for the Democratic nominee.

The Republican National Convention celebration, being held the following week Aug. 24-Aug. 27 has been mired with logistical challenges from the outset. President Trump was initially planning to accept his party's nomination in Charlotte, N.C.; then that changed to Jacksonville, Fla., which was also subsequently canceled.

His most recent suggestion, as of Monday, was to tease that he'll either deliver his speech from the White House or the Civil War battlefield in Gettysburg, Pa.