Accessibility links
GOP Strategist Stuart Stevens Takes On Trump And His Party In 'It Was All A Lie' Political consultant Stuart Stevens says the Republican Party's support for Trump reflects the abandonment of principles it claimed to embrace, such as fiscal restraint and personal responsibility. 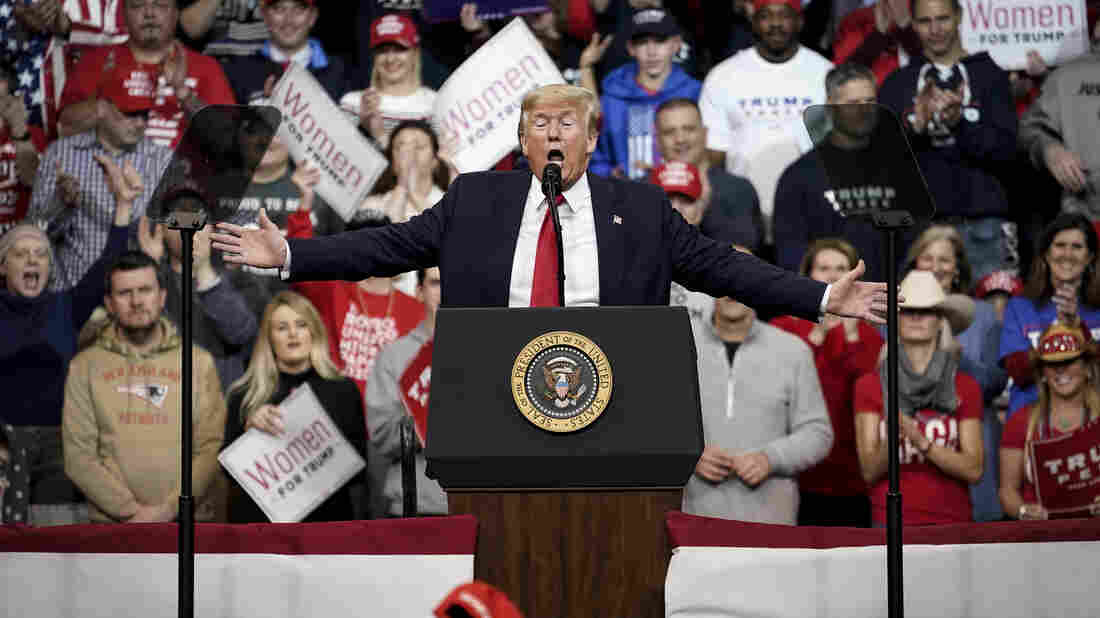 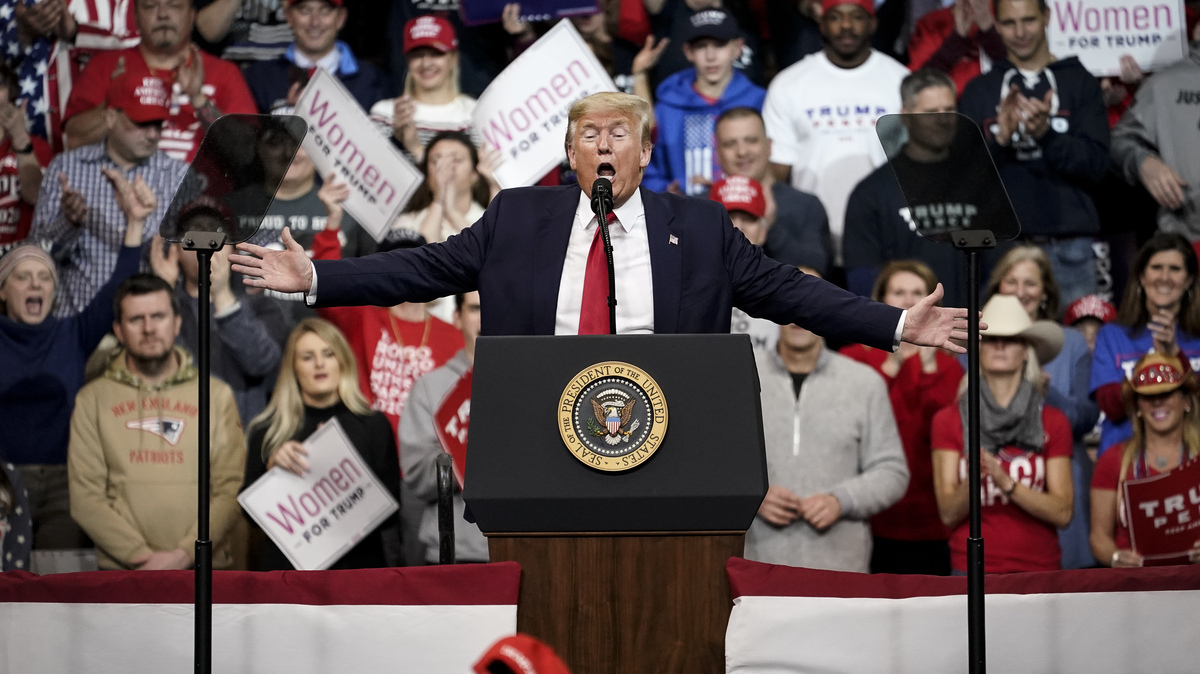 "I've never heard any Republican officeholder speak of President Trump as if he should be president," says GOP strategist Stuart Stevens.

Veteran political consultant Stuart Stevens has spent years working as a strategist for Republican campaigns, including the presidential bids of Bob Dole, George W. Bush and Mitt Romney. But Stevens didn't support the party's candidate in the 2016 presidential election — and he wasn't alone.

"In 2016, when I went out and attacked Trump on television," he says, "I would say maybe a third of the party hierarchy would email me and thank me for doing this."

But Stevens notes that many of the Republicans who had privately voiced concern about Trump changed their tune on election night. "I started getting emails like, 'Could you maybe delete that email?' " he says.

"It's an extraordinary contradiction," Stevens tells Fresh Air in an Internet interview.

He notes, "I've never heard any Republican officeholder speak of President Trump as if he should be president. ... They know he shouldn't be president. [But] he is president, and they still support him."

In his new book, It Was All a Lie: How the Republican Party Became Donald Trump, Stevens argues that the party's support for Trump isn't just a pragmatic choice. Instead, he says, it reflects the party's complete abandonment of principles it long claimed to embrace, such as fiscal restraint, personal responsibility and family values.

It's an abdication of leadership on behalf of Republican Party leaders that have allowed these kooks and lunatics and anti-intellectuals to become dominant in the party.

I think one of the conclusions you have to come to is that leaders really matter in helping shape the party. And I think that it's an abdication of leadership on behalf of Republican Party leaders that have allowed these kooks and lunatics and anti-intellectuals to become dominant in the party. It didn't have to be that way.

There was a time when there was an intellectual core to the Republican Party. We used to say we were the party of big ideas and there was some truth to that. And one of those big ideas was opposing Communism. One of those big ideas was the role of society in helping people become less dependent on government. ... So you can make a good case that the Republican Party was a victim of its own success: We won the Cold War. Bill Clinton passed welfare reform. 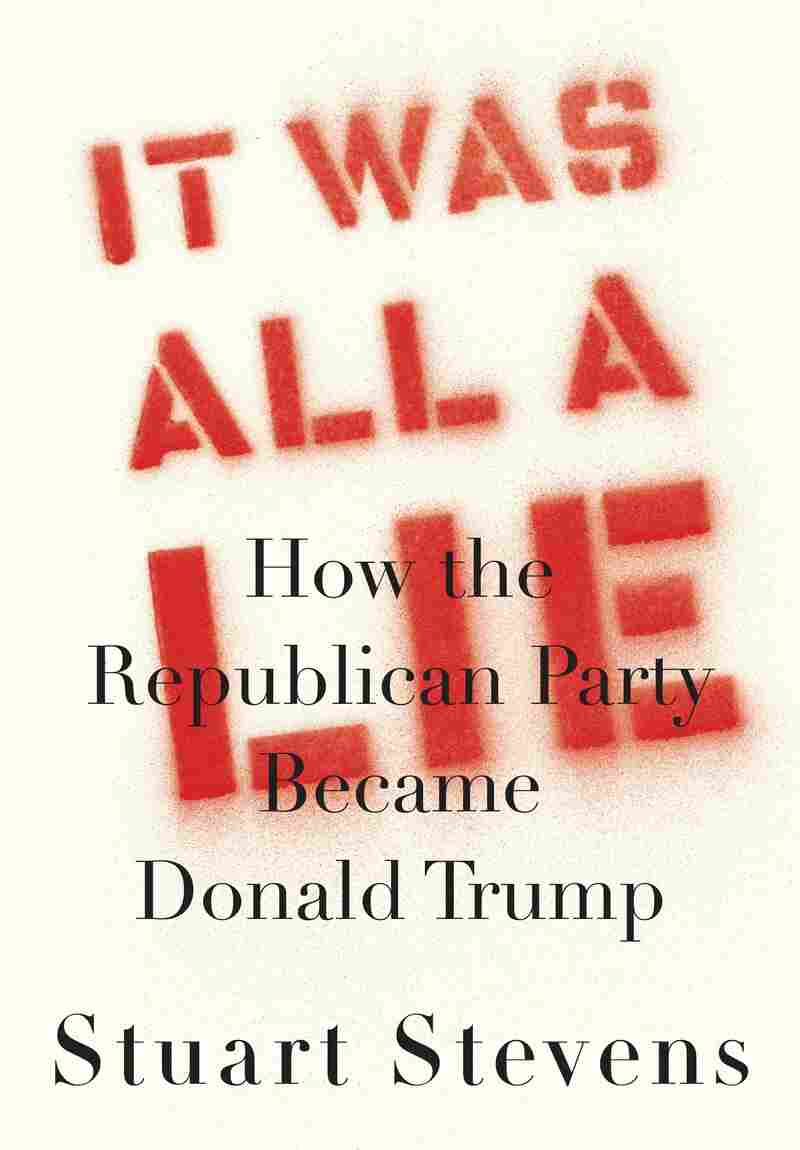 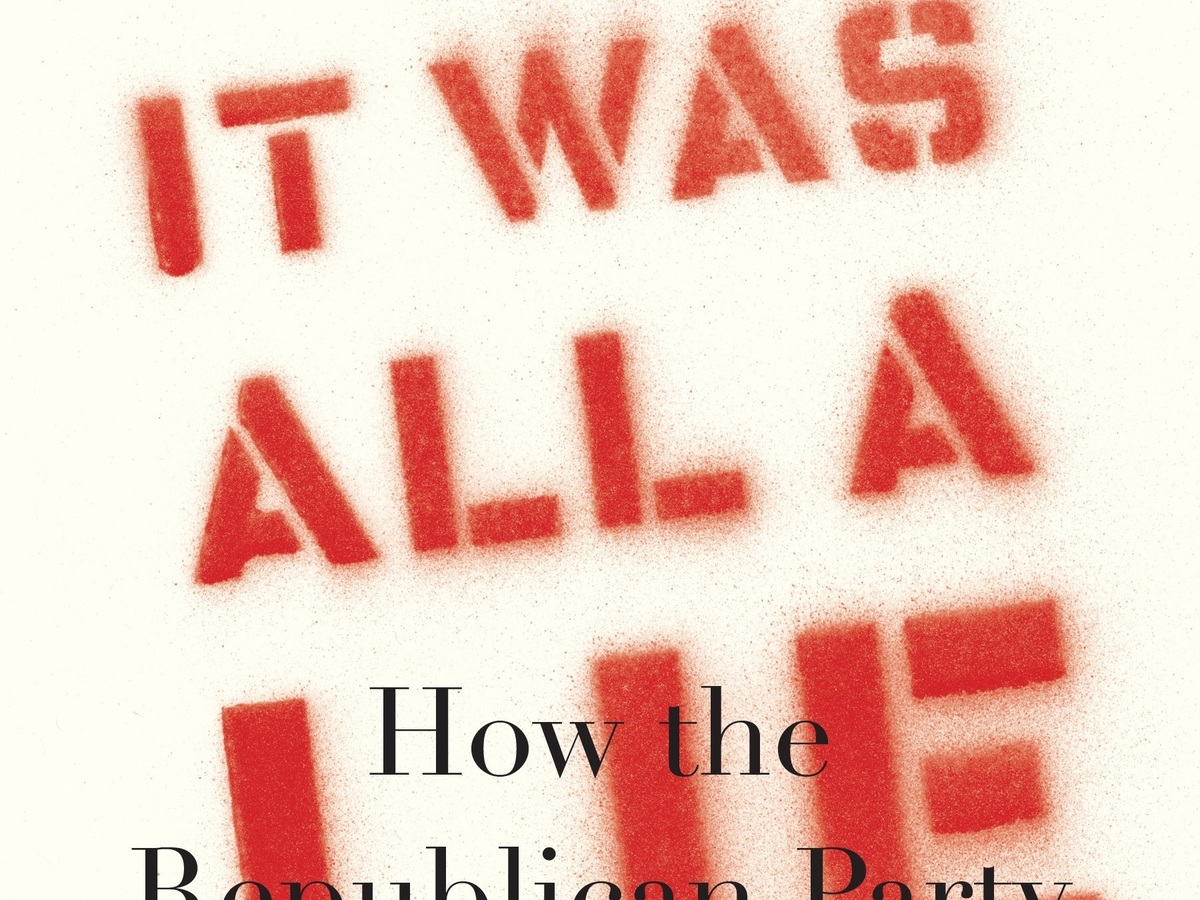 And so around 2000, it was a question of how do you formulate a new policy? And we never really came to grips with that. And it has allowed those with the loudest voices to become dominant in the party. I compare it to sports teams. Who is it in the stands that gets the most attention? It's the person that takes their shirt off and runs out on the field. And that's really what's happened in our politics, but particularly in the Republican Party. And the leaders have not stepped in and stopped it.

I think Reince Priebus, who was the chairman of the party then, and there's a lot of credit for initiating that so-called autopsy. It's always difficult to be self-critical. And what's fascinating about that is the conclusions were fairly obvious. You had to appeal more to nonwhite, yet appeal more to younger voters who had to appeal more to women. But it was presented not only as a political necessity to win elections — because we'd only won the popular vote once since [the] 1988 presidential votes — it was presented as a moral mandate, that if you are going to deserve the right to be the governing party of this big, confusing, loud, changing country, you needed to reflect that. So then Donald Trump comes along, and you can almost hear this audible sigh of relief and all that got thrown out and go, "Well, thank God we don't have to pretend we care about this stuff. We can just win with white folks and we can just be comfortable with that." And I mean, it just showed how phony it was.

On Trump's campaign strategy for the fall

It is going to be the ugliest campaign we've ever seen by a desperate man.

It's going to be a racial grievance campaign unlike we have ever seen on the national stage. I think it is going to be the ugliest campaign we've ever seen, by a desperate man. So Donald Trump is behind now and he's talking about suspending the elections. Think about a week out if he's behind: If I was a Canadian minister of defense, I'd be worried he's going to invade Ottawa. This is an unstable man who is headed to potentially a historic defeat. And I think he's going to wave the bloody shirt and try to scare white voters, and I think they're going to do everything they can to suppress nonwhite votes. Legal, illegal, quasi-legal. That's what they're going to try to do because they think that's the only way they can win.

On what he believes is next for the Republican Party

I really am extraordinarily negative on the prospects of the party, and it's an unusual position for me because I've always been sort of the eternal optimist and always thought that we could come back from any deficit. I came across a statistic recently that just absolutely blew my mind: Of Americans 15 years and under, the majority are nonwhite. ... And what does that mean for the Republican Party? It's just a stage 4 cancer warning and the party gives no reason that it's going to change.

There is a market for a center-right party and a need for it in America. I think something else will evolve. But to get a sense of how deep Trumpism is instilled, there's another Republican Party out there and that's these governors. So if you look at these very popular governors in blue states like [Larry] Hogan in Maryland, Charlie Baker, Massachusetts, Phil Scott here in Vermont, I work for all these guys. And if the Republican Party had any sense, I'd say, look, these guys are wildly popular in the hardest market. What can we learn from them? Instead, the party kind of treats them with benign neglect. But each of these governors, wildly popular as they are, they can't pick their own party chairman. They're Trump people, and the idea that a governor couldn't pick a party chairman is so mind-boggling, it just shows how deep Trumpism has become in the party.

In the audio version of this story, we suggest that the vote on the 1964 Civil Rights Act represented a change in how the parties addressed race. A higher percentage of congressional Republicans voted for the law as compared with Democrats. However, that year the Republican Party nominated Barry Goldwater, who voted no, for president and saw the start of a migration of pro-segregation Southern Democrats to the GOP