Accessibility links
'We Can't Stand It Anymore': Bolivian Protesters Demand Quick Elections "Many of us know the risk [voting] entails because of the pandemic," a protester says, "but we want to hold elections." The vote, postponed twice due to the virus, is now set to take place on Oct. 18. 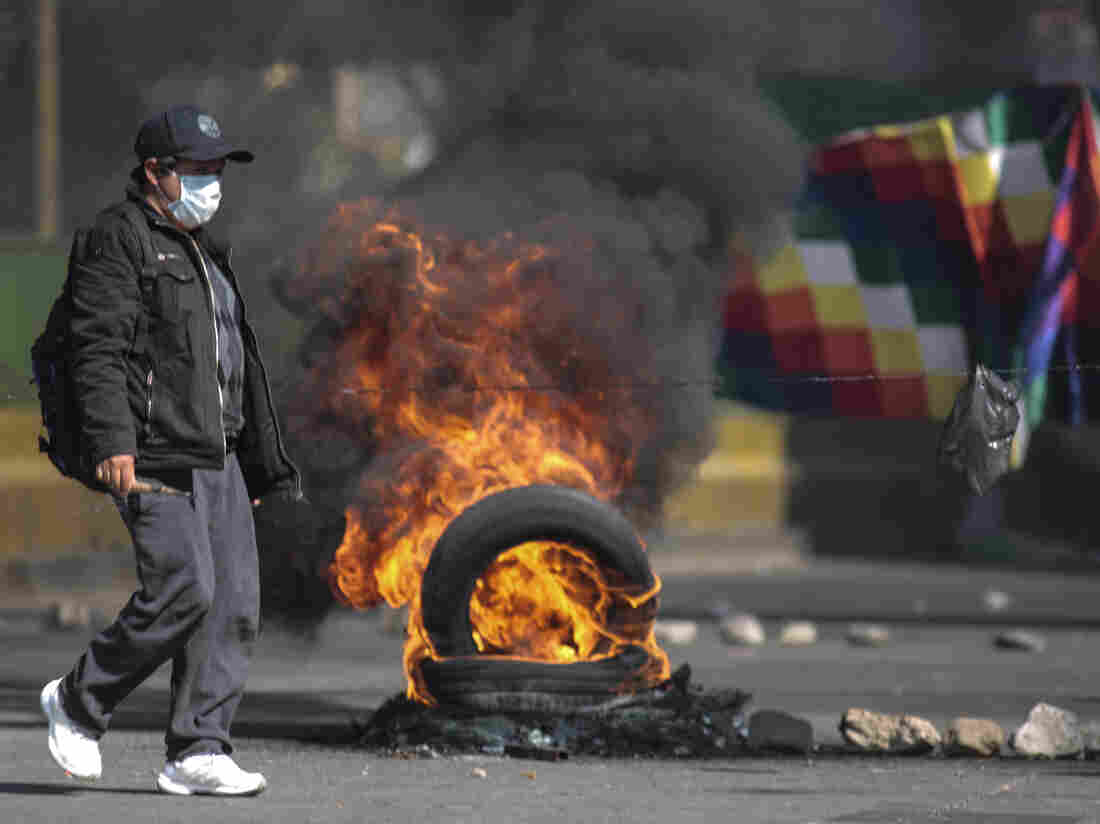 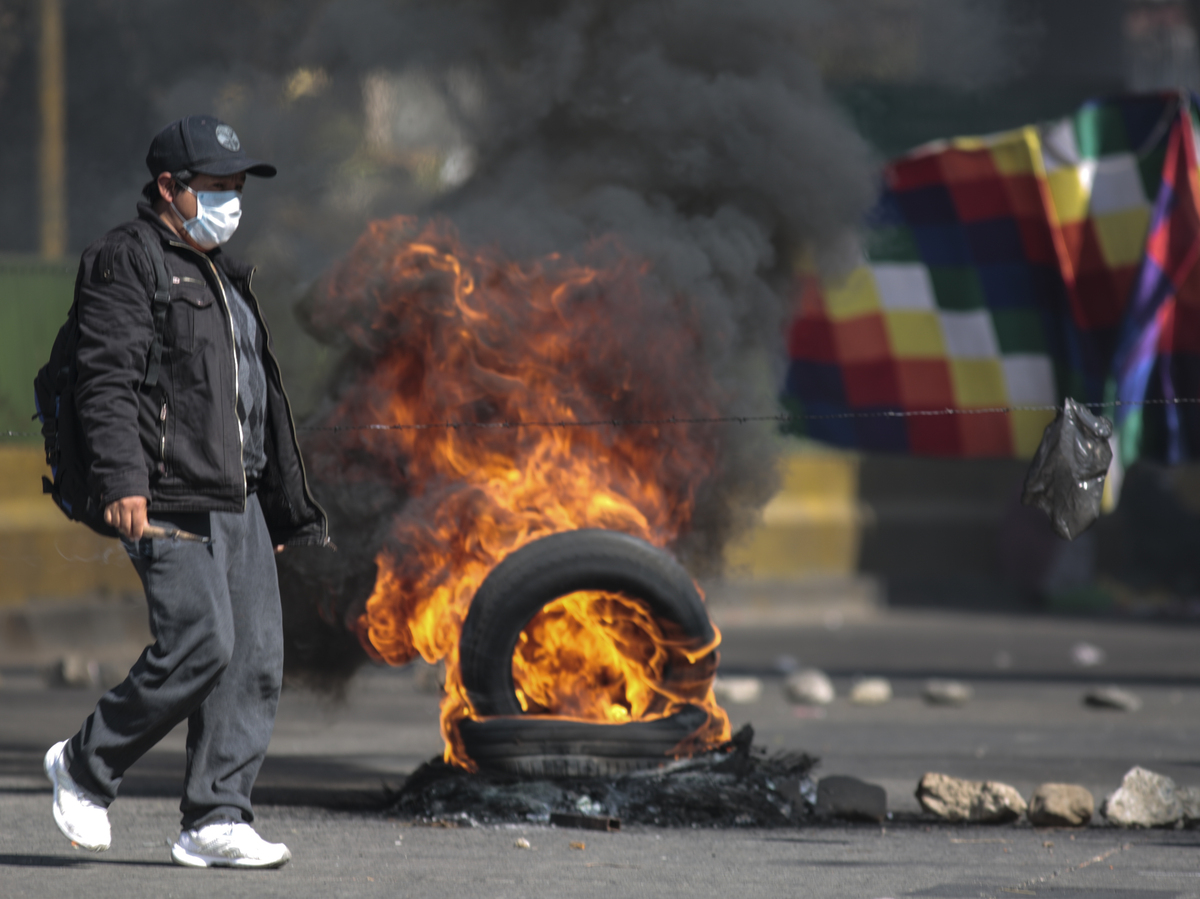 Anti-government blockades in Bolivia have entered their second week amid escalating political tensions, violent confrontations and government allegations that protesters are causing deaths by stopping supplies from reaching coronavirus patients.

The protests are deepening the crisis facing a nation already struggling to cope with a pandemic which officials say has so far killed more than 3,700 people and infected more than 91,600.

The highway blockades are organized by labor unions alongside rural and indigenous groups allied to the socialist party of ousted former president Evo Morales.

Last week, they launched an open-ended campaign of strikes, marches and barricades in a bid to pressure Bolivia's unelected interim government to bring forward presidential elections after electoral authorities twice postponed these, citing the coronavirus.

Bolivia has become increasingly polarized since November, when Morales, its first indigenous president, was pushed out after nearly 14 years in power amid mass protests and still-disputed allegations of electoral fraud. An interim government took over, promising new elections would take place two months later, in January. Under the constitution, the presidency fell to Jeanine Áñez, a conservative Christian senator from a minor right-wing party.

Bolivia's electoral authorities have announced the poll will now go ahead on Oct. 18, but this failed to dampen opposition suspicions that Áñez and her ministers are seeking to retain power indefinitely, or at least buying time to unify the divided right wing. The opposition protest movement is demanding that the elections take place on a previously agreed date, Sept. 6.

"We have a government that is illegitimate because we haven't elected it," says Heidi Motiño, 22, an accountancy student who has been taking part in protests in El Alto, the city neighboring the administrative capital La Paz.

"Many of us know the risk [voting] entails because of the pandemic," she tells NPR, "but we want to hold elections ... We can't stand it anymore."

Bolivia's government has blamed protesters for causing the deaths of at least 30 COVID-19 victims by blocking vehicles carrying oxygen and other urgent supplies for hospitals.

On Monday, it instructed the police and military to secure safe passage for these deliveries, although blockade organizers say they were already allowing medical supplies to pass through their barricades.

Images have appeared on social media of sporadic clashes involving police and protesters and also pro-government and pro-opposition paramilitary groups.

Some within opposition ranks are calling for the immediate resignation of Áñez, whom they accuse of mishandling Bolivia's pandemic response.

The pandemic has overwhelmed much of the country's health system. Two weeks ago, according to Reuters, Bolivia's police revealed that since April, they have collected more than 3,300 bodies from homes or public places in La Paz and El Alto. They said 80% of those whose bodies they picked up were thought to have had COVID-19.

Áñez's critics accuse her of exceeding her mandate — which was primarily to organize new elections — and heading a government that has committed widespread human rights abuses.

A six-month investigation by Harvard Law School's International Human Rights Clinic and the University Network for Human Rights concluded that Bolivia has seen "a surge of human rights violations" since the interim government took office. They said this includes deadly "state-sponsored violence, restrictions on free speech, and arbitrary detentions."

President Áñez initially said she would not run in the elections, but later changed her mind. A July opinion poll showed a narrow lead for the candidate from Morales' socialist movement, Luis Arce, with 24%, followed by centrist former president Carlos Mesa at 20%. Áñez had 16%.

Morales himself has taken refuge in Argentina, and maintains he was the victim of a coup. The Áñez administration accuses him of sedition and treason, saying he has orchestrated anti-government demonstrations in Bolivia.

But this week, he publicly called for dialogue and suggested those behind the blockade protests consider accepting the Oct. 18 election date.