Accessibility links
Sumner Redstone Dies At 97: The Media Titan Made Viacom A Global Empire "Content is king" was Redstone's mantra. Known for his shrewd deal-making and public family feuds, the powerful corporate leader reigned over an astonishing wealth of networks, studios and brands. 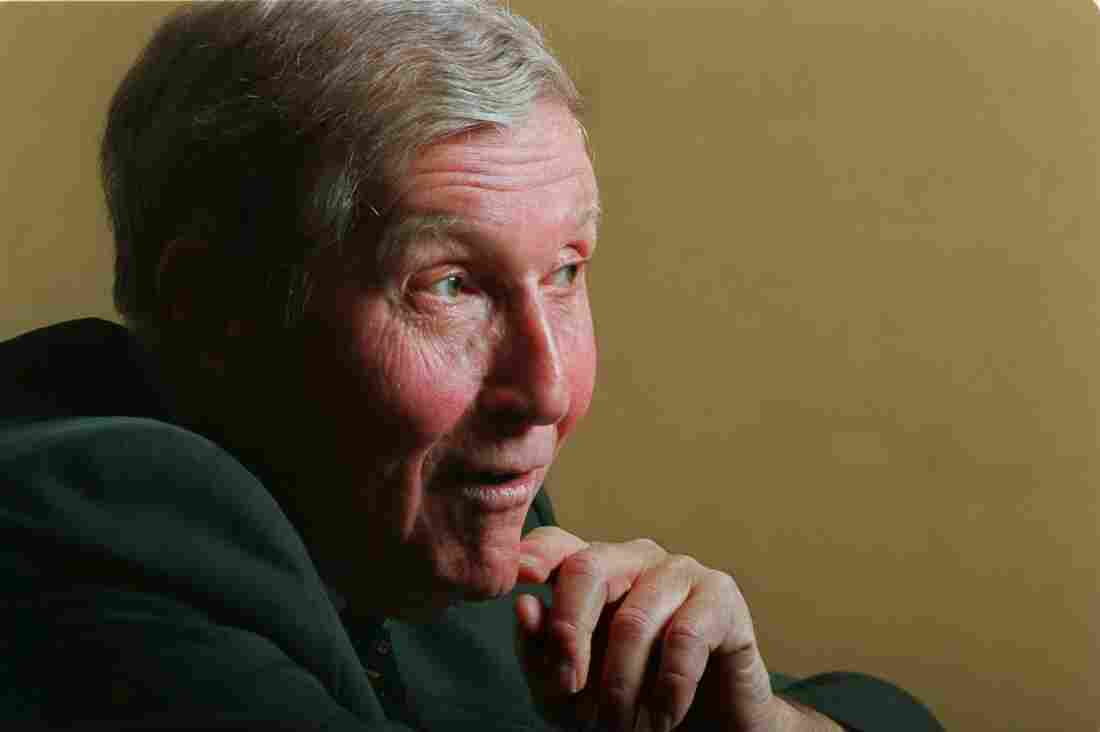 "It's not my mission to be popular," said media mogul Sumner Redstone. He acquired Viacom in 1987. John Bohn/Boston Globe via Getty Images hide caption 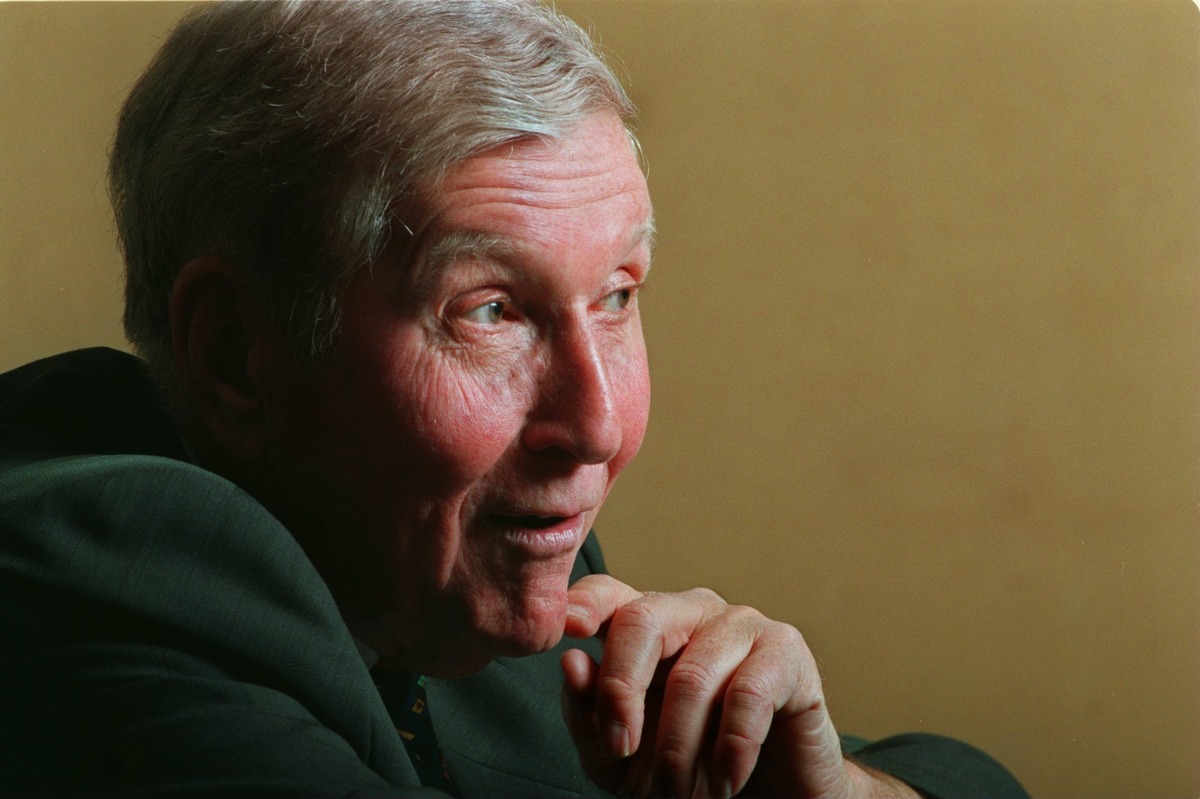 "It's not my mission to be popular," said media mogul Sumner Redstone. He acquired Viacom in 1987.

Media titan Sumner Redstone, who built the company Viacom into a global empire, died Tuesday at his home in Los Angeles. He was 97. Through shrewd investing and strategic deal-making, Redstone became one of the world's most powerful and unpredictable corporate leaders.

Redstone made his formula for success sound easy. "Content is king" was his mantra. From SpongeBob SquarePants to The Daily Show, Titanic to Homeland, Redstone reigned over an astonishing wealth of content through the cable networks and movie studios owned by his corporation. The formidable Viacom umbrella includes such brands as Showtime, MTV, BET, Comedy Central, Nickelodeon, Simon & Schuster publishing and Paramount Pictures.

As if that weren't enough for one lifetime, Redstone was also a majority shareholder of CBS Corp. In 2006, he split Viacom and CBS into two separate companies. In 2019, the two merged back together to create ViacomCBS.

The Boston-bred Redstone did not gain control of these dynasties by being a nice guy. He was called "combative," "irascible," a "control freak" and a lot worse. "Sumner was one of the most colorful and wily media moguls on the stage," says Los Angeles Times media writer Meg James.

His life was epic. He was a star student in grade school. He was a code breaker during World War II. After Harvard Law, he took a job with the Justice Department. When he was about 30, he went to work for his father, who owned a few drive-in theaters in New England. Redstone eventually turned the theater chain his father founded in 1936, National Amusements, into a global powerhouse.

Here's where Redstone made his first major mark in the entertainment business: He was an early champion of the multiplex. As far back as the 1970s, Redstone saw that home entertainment posed a real threat to movie theaters. Americans, he recognized, wanted theaters located closer to their suburban homes with parking and other conveniences. 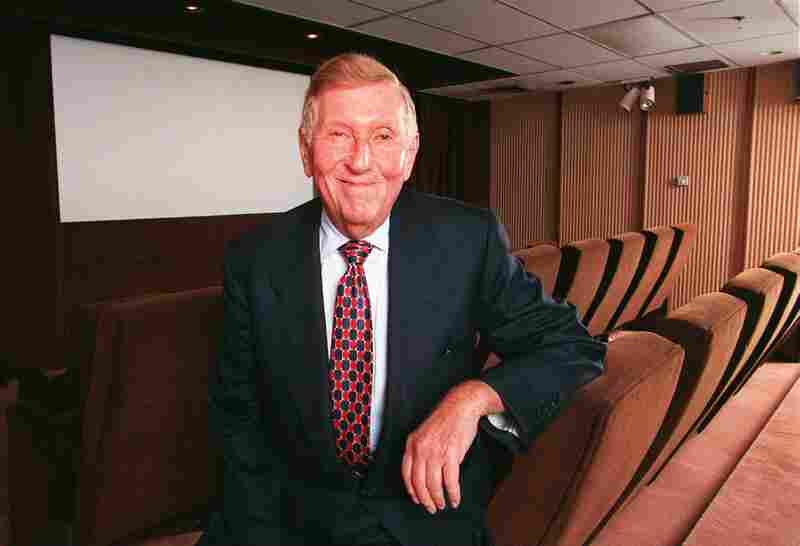 When Redstone was about 30, he went to work for his father who owned a few drive-in theaters in New England. He eventually turned his father's business, National Amusements, into a national theater chain. John Blanding/Boston Globe via Getty Images hide caption 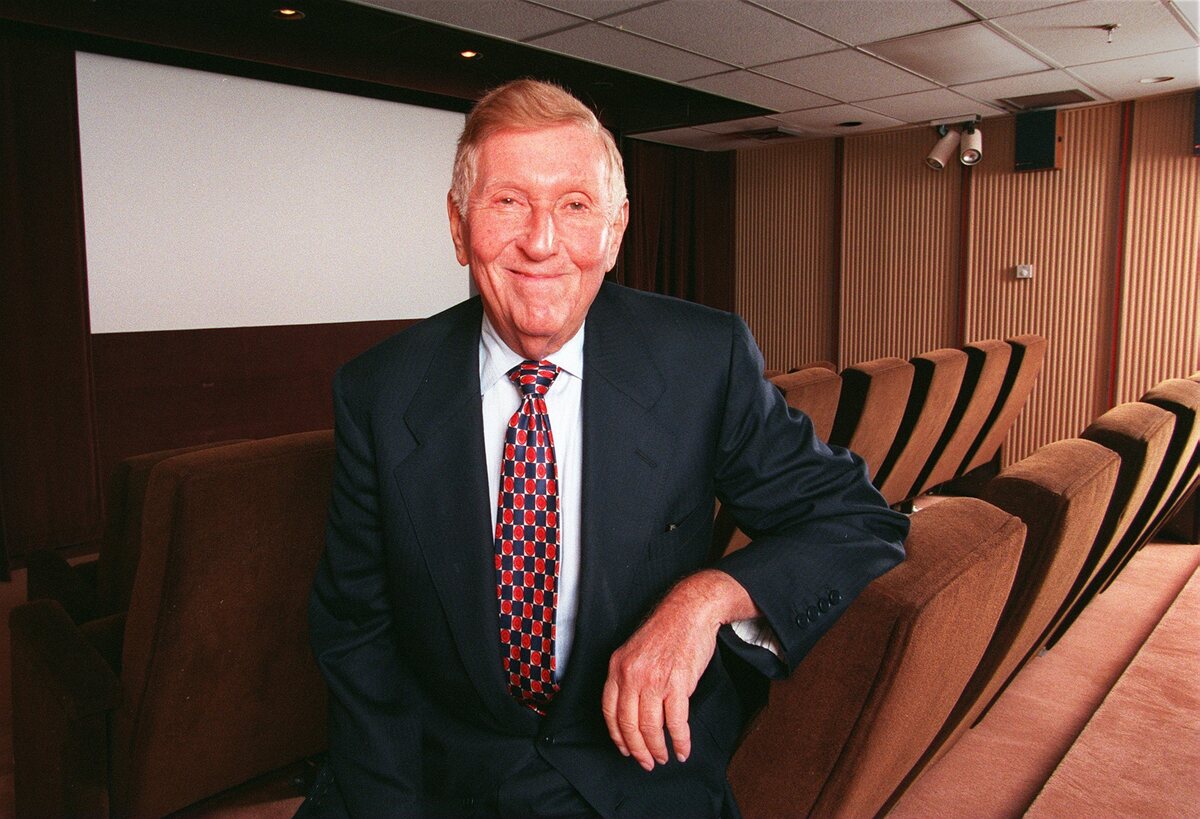 When Redstone was about 30, he went to work for his father who owned a few drive-in theaters in New England. He eventually turned his father's business, National Amusements, into a national theater chain.

Redstone was always driven, but it was a near-death experience that might explain his meteoric rise in the media industry. In 1979, he narrowly survived a hotel fire in Boston by, he said, clinging to a windowsill. He described the harrowing episode in his autobiography A Passion To Win:

I was enveloped in flames. The fire shot up my legs. The pain was searing. I was being burned alive. But even in the middle of terror there is sometimes clarity. I thought, What a horrible way to die.

Somehow I staggered to the window. It was stuck, I couldn't budge it. I moved to another window and, I don't know how, got it open and clambered outside. I was kneeling on a tiny ledge, barely big enough to put one foot on. I was three floors up. If I jump, I'm dead. Flames were shooting out of the window head-high and I crouched there, hanging onto the windowsill, my fingers cupped, my right hand and arm in the fire and burning.

The burns on his body were so crippling, it took several surgeries at Massachusetts General Hospital to recover. "I wasn't supposed to live the first night," Redstone said in an interview with the Archive of American Television in 2000. "I was never supposed to walk. But you should see me running on the tennis court today."

When he was released from the hospital, things got worse. He had a double pulmonary embolism. "Back to the hospital. It was a bad story," Redstone explained.

Redstone sued the hotel and donated the settlement to the hospital. Massachusetts General created the Sumner Redstone Burn Center, one of many buildings around the country that bear his name.

"I can say with certainty that my will to win, my tenacity, had a lot to do with my recovery," he wrote in his book. 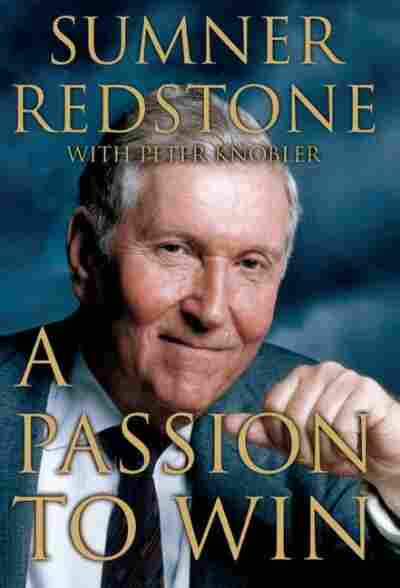 A Passion to Win

by Sumner Redstone and Peter Knobler

Redstone often marveled that it wasn't until after the fire that "the most exciting things" started to happen for him. By "exciting," Redstone might have been referring to his hostile takeover of Viacom in 1987. Redstone was in his 60s.

At the time, Viacom owned some TV, radio and cable properties, including MTV. Some Viacom executives also wanted to buy the company. But Redstone kept outbidding them. One analyst, Kenneth F. Berents, said at the time, "It was a war of attrition, and Redstone finally wore them down."

James, who's been covering the Redstone family for decades, explains: "After he acquired Viacom, the banker suggested he sell off these cable channels. Some advisers said, 'Let's hold onto them.' And those channels really became the engine for his company."

Through Viacom, Redstone transformed the entertainment business. Even though he was in his 60s, he knew that young people around the globe were always hungry for music.

Cue "I want my MTV." Lots of cable companies were trying to go global in the late 1980s. But Redstone — and MTV executive Tom Freston — made it happen. They took MTV to Europe, Australia, Latin America and Russia.

In his quest to be the king of content, Redstone was getting closer to the throne. His next move: Buy a Hollywood studio.

This time it was in a brutal bidding war with another media titan, Barry Diller. The two squared off over Paramount Pictures. Redstone won. Paramount's library was already a treasure chest, and under Redstone's watch it became a gold mine, including gems such as Saving Private Ryan, Forrest Gump, Titanic and Mission: Impossible.

Redstone was relentless. He was said to be obsessed with Viacom's stock price, watching it constantly. He fired executives if he thought they weren't being aggressive enough — including Freston, who many credit with MTV's colossal success.

Redstone even booted one of Hollywood's most bankable stars — Tom Cruise. In the mid-2000s, movie-star salaries were skyrocketing out of control, and Cruise was reportedly making $75 million for Mission: Impossible sequels. This was also the Tom Cruise who was jumping up and down on Oprah Winfrey's couch. Redstone told a reporter that Cruise's behavior was unacceptable and that Paramount would not renew its contract with his company.

The ripple effect of Redstone's slap was immediate. His move emboldened other Hollywood executives to rein in the bloated salaries of other stars.

Redstone and Cruise eventually made up. But Redstone's notorious disputes with his own family members did not always end so well. James says those feuds have been "very bitter and ugly."

"At points in his life Sumner battled his father, his brother, his nephew, his son," James says. "He took on anyone who he felt was trying to get into the limelight or take something away from him. Sumner wouldn't let anyone — not even his children — sort of outmaneuver him."

Redstone made his daughter Shari an executive with both Viacom and CBS. Their bickering was very public. In an interview with former Disney executive Michael Eisner on CNBC in 2007, Redstone was adamant. "You want to give away what you have to your family, be my guest," he told Eisner. He went on to say: "I'm still very active. I work very hard. I travel the world for Viacom. I'm not about to give up control."

He wouldn't give up control, but he did give back. In recent years, he donated more than $150 million to charity, hospitals and universities. But the goal that preoccupied him the most was making Viacom the most powerful entertainment company in the world, no matter what. He once said, "It's not my mission to be popular."

Read an excerpt of A Passion to Win