Accessibility links
The Berbice Rebellion Foreshadows Later Insurgencies In 'Blood On The River' Marjoleine Kars recounts a tale of oppression, bloodshed, and some triumph in her previously untold account of the 1763-64 slave rebellion in Dutch Berbice, modern day Guyana.

In 'Blood On The River,' The Berbice Rebellion Foreshadows Later Insurgencies

In 'Blood On The River,' The Berbice Rebellion Foreshadows Later Insurgencies 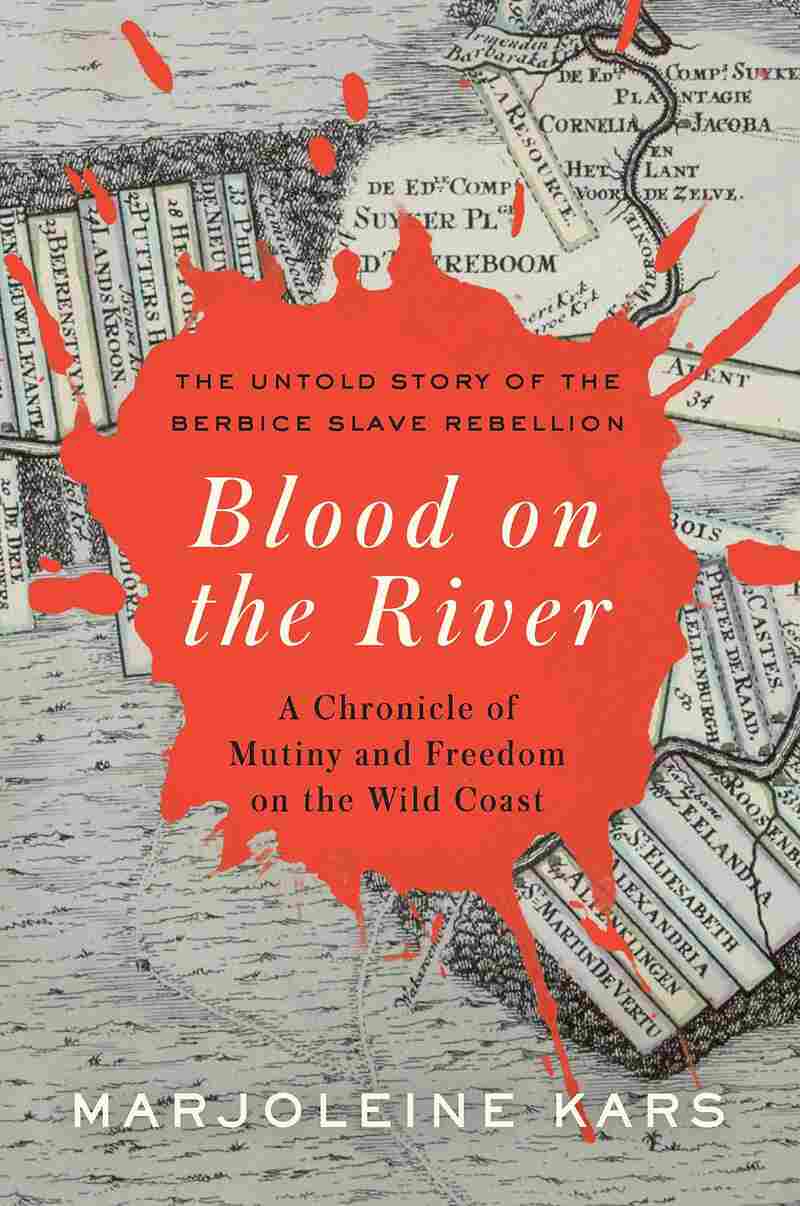 Blood on the River: A Chronicle of Mutiny and Freedom on the Wild Coast, by Marjoleine Kars The New Press hide caption 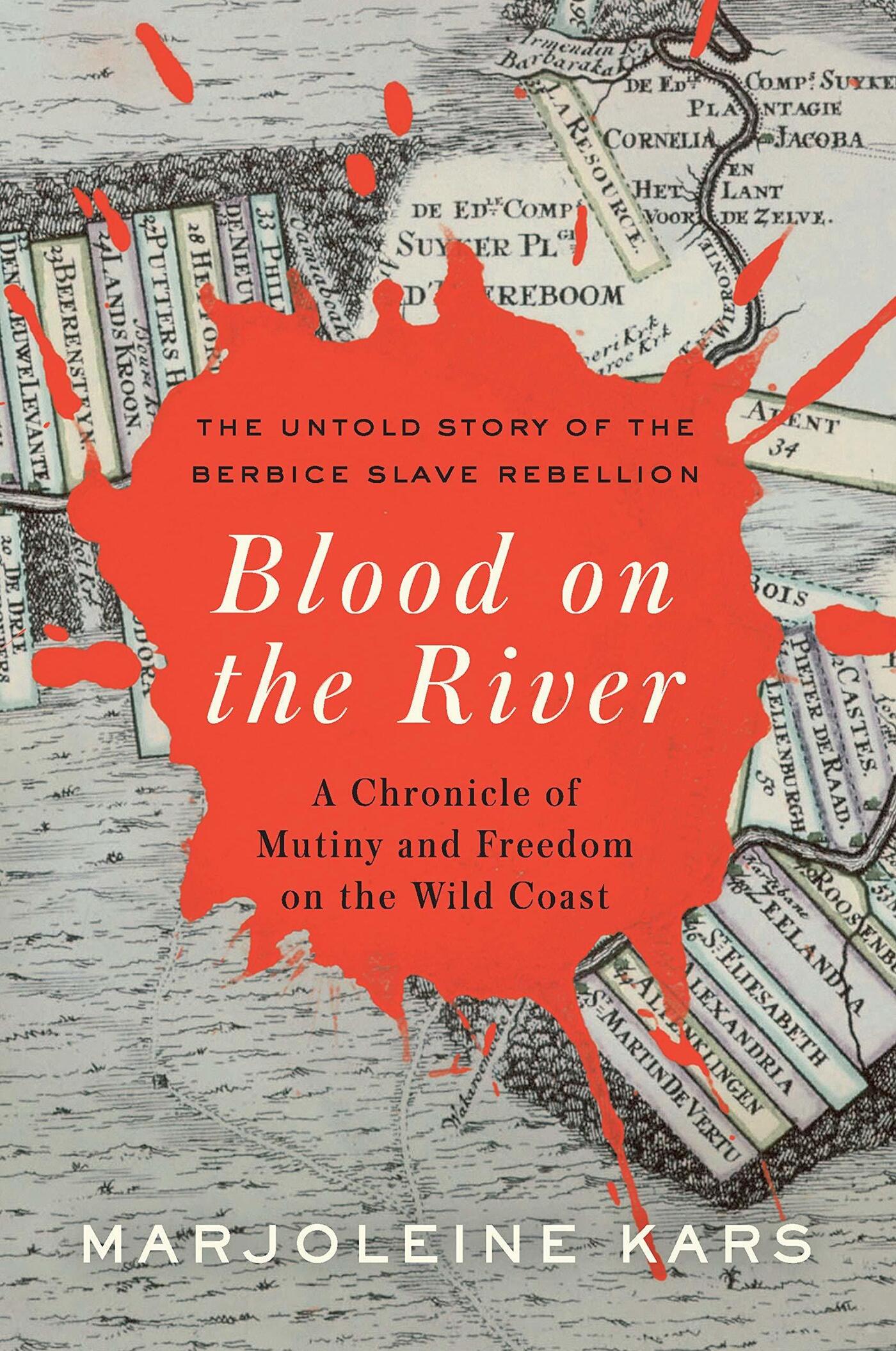 Blood on the River: A Chronicle of Mutiny and Freedom on the Wild Coast, by Marjoleine Kars

Marjoleine Kars' Blood on the River: A Chronicle of Mutiny and Freedom on the Wild Coast is the "untold" account of the 1763-64 slave rebellion in Dutch Berbice (modern Guyana), predating the better-known Haitian slave rebellion by nearly three decades. Blood on the River comes alive with period illustrations, as well as meticulous attention to primary sources. Kars recounts a tale of oppression, bloodshed, and some triumph; rebelling slaves held off their masters for nearly a year.

Dutch colonists established a foothold along the Berbice River as early as 1629. Originally an Indian trading station, Berbice grew into a chain of African slave labor camps cultivating cash crops. The landscape was rife with mosquitoes, gigantic poisonous snakes, and countless other hazards. But the greatest hazards were the fraught, unstable relationships between Dutch colonists and the people they subjugated.

The Dutch used diplomacy and trade to form relationships with Berbice's varied indigenous peoples. These alliances were designed, in part, to turn the native population against enslaved people, thus helping to shape and preserve chattel slavery.

In a "rehearsal," a bomba named Adam organized a slave rebellion in 1762. The Dutch eventually drove Adam and his band into the forest where they were flooded by water due to the rainy season, making foraging for food impossible. Internal conflicts erupted. Adam cracked under pressure, killing three children. He was beheaded in his sleep. Only two fugitives were captured alive, Antoinette who testified against the second, Coffij. Coffij's sentence: to be tied to a cross and "broken alive from his feet up," his body and severed head displayed beneath the gallows.

The following year, another Coffij — Coffij van Lelienburg [after the plantation where he was enslaved] — spearheaded a rebellion. Shipped to Berbice as a child from present-day Ghana, Coffij grew up laboring for one of the most hated planters in the colony.

In February 1763, enslaved people on four plantations revolted. They selectively murdered Europeans on the first day to "secure their freedom and to exact revenge." They set fires as revolt spread to other plantations. In many cases, they took over food stores, ammunition, and whole households. Europeans fled. Some made it to safety, others were killed.

With a deputy named Accara, Coffij established himself as leader and took/captured a European "wife." Coffij was known as a man of vision and bold ideas. He and Accara set up a government with administrative duties and ceremony. They chose trusted supporters to run plantations that rebels decided to keep in production. They established army units and stockpiled and distributed supplies. They killed European hostages and kept others alive to work for them. They dealt with opponents within their ranks by punishing them, putting them to work, or killing them.

Dutch Governor Wolfert Simon van Hoogenheim fought the revolt in the face of mutiny, betrayals, and decimated Dutch forces. Desperate for reinforcements, he sent out repeated calls for help to neighboring colonies and back home.

Blood on the River is a gripping tale about the human need for freedom. It is also a story of shifting loyalties among slaves from differing backgrounds, between slaves and Amerindians, and among the Europeans themselves.

Coffij was unable to put enough pressure on the Europeans or quell internal dissent. As a result, he committed suicide, harkening back to West African kings who were expected to kill themselves if they lost the support of their council of chiefs.

Following Coffij's death, the tide began turning. The colonists were bumbling in their fear and lack of understanding of the physical environment. Berbice was a "death trap" for European soldiers. Nevertheless, the Dutch prevailed due to the rebels' inability to access global trade, European fire power and supplies, dissension among the rebels, and support from Amerindians. The rainy season made hiding out impossible and rebels began returning to their Dutch enslavers. Draconian punishments and executions followed, along with a 1764 judicial inquiry that provides a massive record of these events.

Governor van Hoogenheim returned home, where he faced disapproval for criticizing his superiors and for the enormous sums needed to rebuild the colony. Dutch influence in the Americas waned, although slavery became more entrenched.

In A Mouth is Always Muzzled, Natalie Hopkinson considers the impact on Guyana of successive colonial overlords. The book is a fascinating cultural account connecting this history to more recent social upheavals.

While Kars did not set out to write cultural history, readers may have trouble retaining the minutiae she so carefully presents. However, because her scrupulous research provides spellbinding detail, perhaps that is beside the point. The Berbice Rebellion foreshadowed patterns of later insurgencies: "rebellion morphing into revolution, political strife dissolving into civil war, total war triggering refugee crises, and victory proving elusive to those without access to the additional matériel, men, and money that global capitalism could supply."

The story of the Berbice Rebellion begs to be told, and Kars' telling is impressive.

Martha Anne Toll's writing is at www.marthaannetoll.com, and she tweets @marthaannetoll. She was the founding executive director of the Butler Family Fund.