Accessibility links
U.S. Puts Kodak Deal On Hold Amid Scrutiny Of Its Finances The decision to entrust $765 million of taxpayer money to the former maker of photographic equipment raises several questions about the Trump administration's due diligence of Kodak. 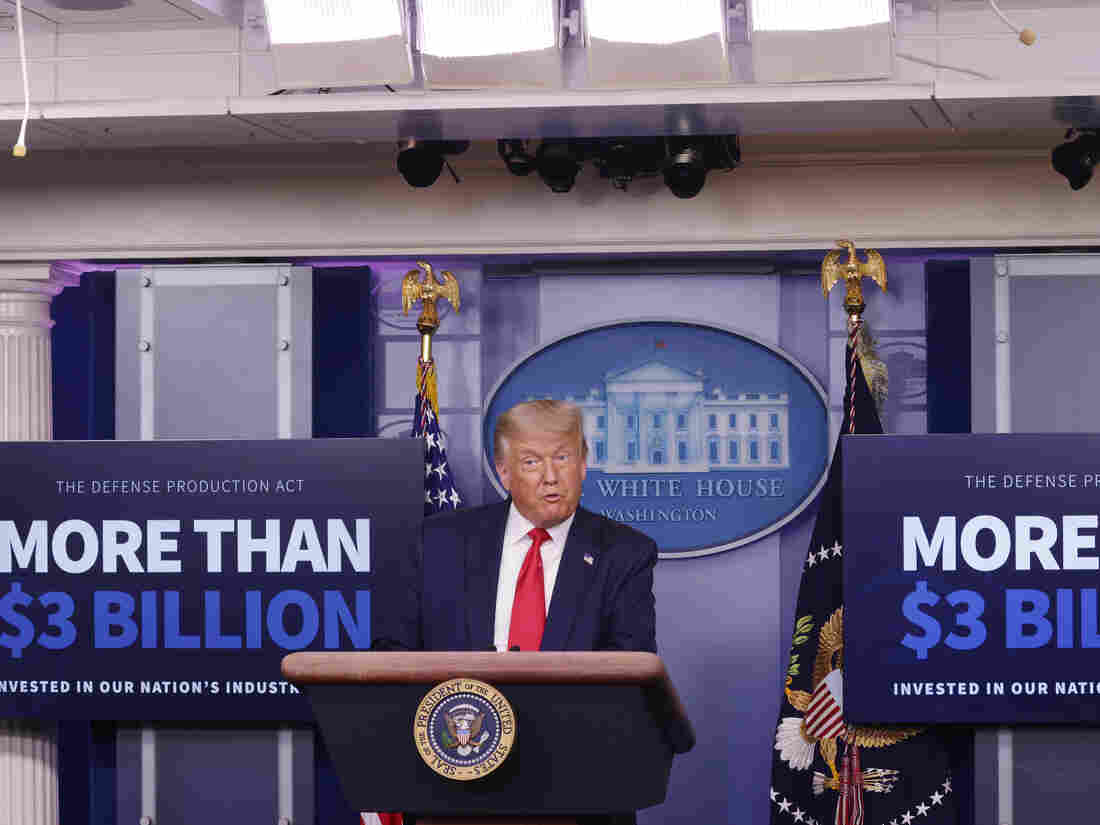 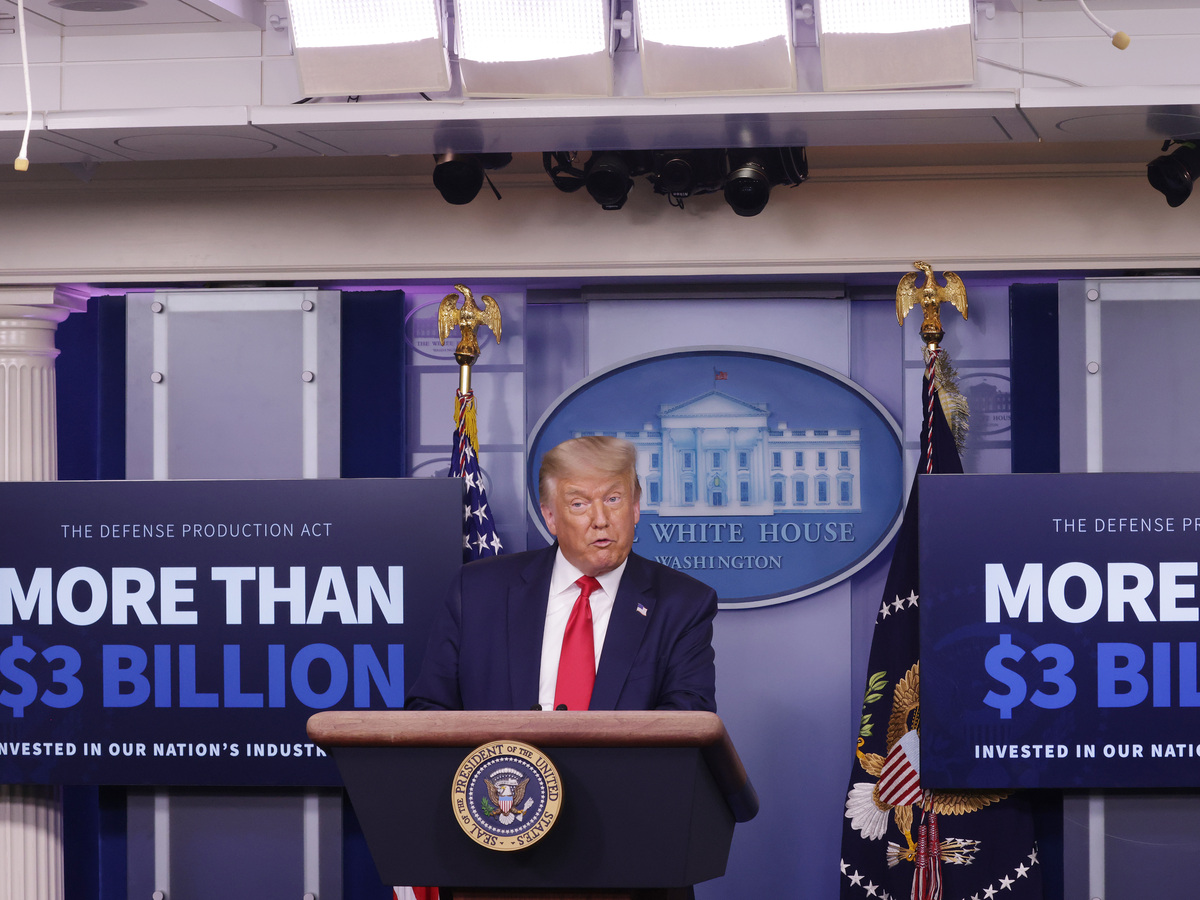 President Trump announces on July 28 that Eastman Kodak will receive a loan to manufacture ingredients used in pharmaceuticals.

The Trump administration's decision to entrust $765 million of taxpayer money to Eastman Kodak raised several questions about the financial vetting of the struggling camera company even before the deal was put on hold amid an investigation into potential insider trading.

President Trump tapped into the emotions and nostalgia of a bygone era, charging that Kodak would lead U.S. efforts to bring pharmaceutical manufacturing back to the United States.

But the camera-maker's troubled history — it failed to adapt to the digital age and has struggled in recent years — immediately raised concerns on Capitol Hill.

"I don't want to see a once-prestigious American brand go bankrupt. I love the idea that companies can continue; they can shift into new spaces," one congressional aide said. "And, if there's a clear or helpful way of doing that here, I'm open-minded about it. ... But why is Kodak the right company?"

The anticipated loan, if completed, is being made by a little-known government agency called the U.S. International Development Finance Corp., or DFC, which provides loans in foreign countries. The president tapped the obscure agency to work on the job of figuring out how to spur U.S. production of medical supplies.

Elizabeth Littlefield, a U.S. development veteran who in the Obama era led the agency that became the DFC, said she was excited about the possibilities. But if the investment was a wise one, she asked, why wasn't Kodak able to get the money another way?

"I really do hope that that analysis has been thorough because many questions will arise like, you know, why wasn't Kodak raising this money from the public market? It's a publicly traded company," she said.

Trump said Kodak may have lost its way but would now be part of efforts to fulfill an "America First" priority of bringing back manufacturing to the United States and decoupling the nation's drug supply that's wrapped up in China.

"It's a great name, when you think of it," Trump said when making the announcement last month. "Such a great name. It was one of the great brands in the world."

But the DFC has now put the deal on hold after the Securities and Exchange Commission launched an investigation into potential insider trading after a massive amount of Kodak shares traded hands the day before the loan's announcement.

"You see all of this trading take place, and you see board members and other associates making billions of dollars of a transaction," said Rep. James Clyburn, D-S.C., who joined Democratic leaders in calling for an investigation of the deal.

Navarro added that the United States "must redouble efforts to bring our pharma manufacturing home."

Kodak has launched its own independent review of the actions but expressed confidence that talks with the administration will continue.

"The Company appreciates and supports the DFC's decision to await clarification before moving forward with the process," said Arielle Patrick, a spokeswoman for Kodak.

But some financial analysts question whether Kodak has the financial prowess to do this successfully.

George Conboy, a financial analyst based in Kodak's hometown of Rochester, N.Y., said Kodak could never convince a bank to loan the company anything close to what the government was considering. He points to a smaller, $100 million loan Kodak secured last year from a private equity group at a higher interest rate – that also involved giving up a large stake in the company.

"You would not borrow money on those terms unless you couldn't get someone else to lend it to you more attractively," said Conboy, chairman of Brighton Securities. "You don't go to the loan shark if you can borrow on your home-equity loan."

A senior U.S. government official noted it was not a loan yet, just a letter of interest. Officials said while Kodak has passed an initial screening process, including site visits and an interagency review, the government is only now beginning the more rigorous vetting process.

That process involves the DFC contracting with outside lawyers and accountants to dig deeper into the company's financials — a process that could take at least a couple of months.