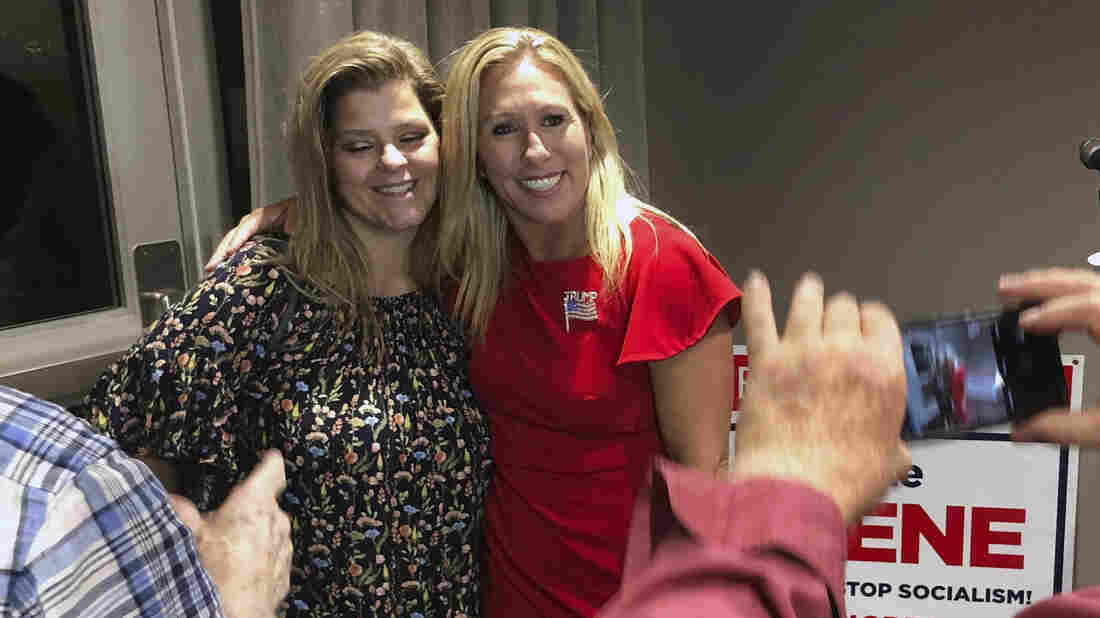 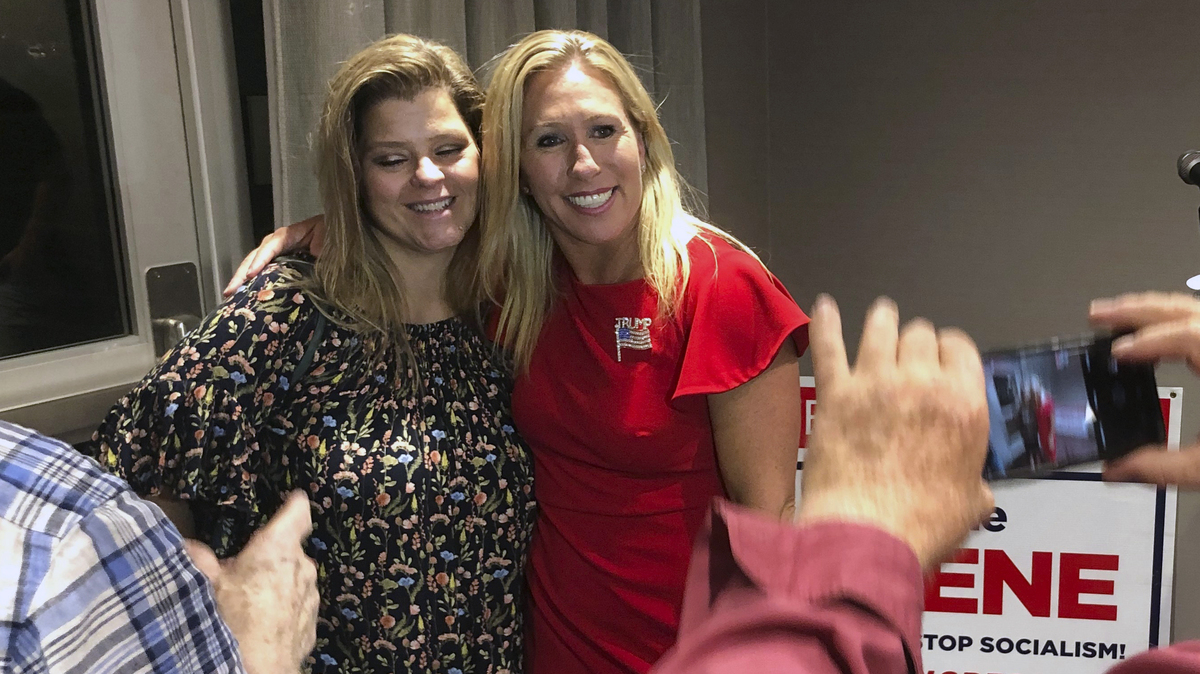 A Georgia Republican who has said that Muslims do not belong in government and expressed her belief in the baseless conspiracy theory called QAnon has won her primary runoff and is all but certain to win a seat in the House of Representatives in November.

Marjorie Taylor Greene, a construction executive, won 57% of the vote in Georgia's heavily-Republican 14th Congressional District, handily defeating neurosurgeon John Cowan, who had pitched himself as, "All of the conservative, none of the embarrassment."

President Trump congratulated Greene on Wednesday morning, calling her a "future Republican Star" who is "strong on everything."

Congratulations to future Republican Star Marjorie Taylor Greene on a big Congressional primary win in Georgia against a very tough and smart opponent. Marjorie is strong on everything and never gives up - a real WINNER!

Many high-ranking Republicans in the House of Representatives distanced themselves from Greene earlier this summer, after Politico highlighted videos in which Greene expressed anti-Muslim sentiments. A spokesman for House Minority Leader Kevin McCarthy called her views "appalling."

Facebook took down an ad in which Greene brandished a rifle and threatened antifa protesters, saying it violated its policies against inciting violence. And many media outlets have covered her support for the outlandish QAnon conspiracy theory.

As Emma Hurt of member station WABE reports, "all of it only fueled her message."

"The fake news media hates me. Big Tech censors me," Greene said in a video on Twitter. "The DC Swamp fears me. And George Soros and the Democrats are trying to take me down."

In videos spotlighted by Politico, Greene called the election of two Muslim women to Congress "an Islamic invasion into our government."

In one video message, Greene acknowledged that U.S. laws protect freedom of religion — and then said, "but I'm sorry, anyone that is a Muslim, that believes in Sharia law, does not belong in our government."

"Let me explain something to you, Muhammad," she said in one video. "We already have equality and justice for all Americans. Muslims are not being held back in any way ... what you people want is special treatment. You want to rise above us."

Greene also said that generations of Black and Hispanic men have been held down by "being in gangs and dealing drugs," not by anything white people have done; that both white supremacists and members of the Black Lives Matter movement are "idiots"; and that in seeking the Black vote, Democrats are "trying to keep the Black people in a modern-day form of slavery."

Democrats are the real racists, Greene said, stating that "the most mistreated group of people in the United States today are white males."

Greene made national headlines in early June, after she won the first round of primary voting for her district and multiple news outlets covered her support for the QAnon conspiracy.

The once-fringe conspiracy has made inroads into the mainstream, with multiple GOP candidates expressing, at a minimum, openness to the QAnon narrative.

The conspiracy includes a wide variety of shifting and often-contradictory predictions and allegations, but it centers on an anonymous figure named "Q" who asserts that a wave of mass arrests are about to take down high-ranking Trump opponents.

Followers of "Q" often believe that the world is controlled by elite members of a secretive satanic child sex-trafficking ring.

"Q is a patriot, we know that for sure," Greene said in a video from 2017, in which she recapped some of Q's predictions and why she supports them.

"There's a once-in-a-lifetime opportunity to take this global cabal of Satan-worshiping pedophiles out, and I think we have the president to do it," she said, referring to Trump.