Accessibility links
Fans Confront A Lost Season After Big Ten, Pac-12 Call Off Fall Sports The Big Ten and PAC-12 athletic conferences put all of their fall sports on hold due to the coronavirus pandemic, much to the disappointment of fans. 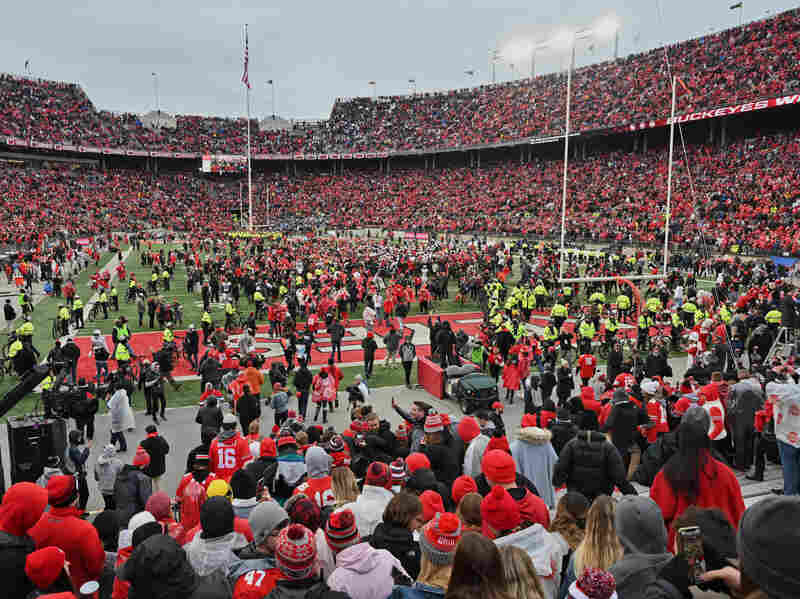 Fans rush the field after the Ohio State Buckeyes defeat the Penn State Nittany Lions 28-17 in November in Columbus, Ohio. The Big Ten and PAC-12 have put fall sports on hold due to the pandemic. Jamie Sabau/Getty Images hide caption 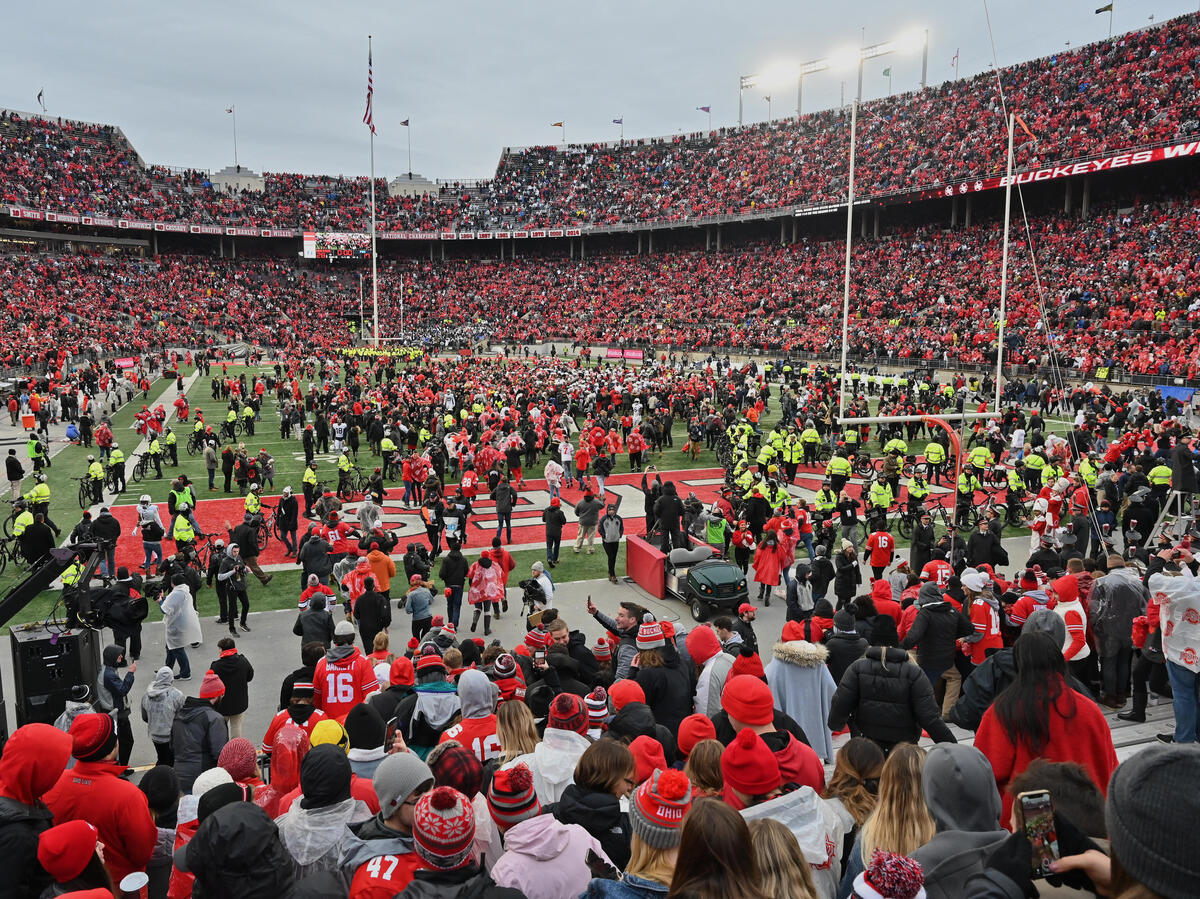 Fans rush the field after the Ohio State Buckeyes defeat the Penn State Nittany Lions 28-17 in November in Columbus, Ohio. The Big Ten and PAC-12 have put fall sports on hold due to the pandemic.

Much to the dismay of college sports fans, the coronavirus pandemic has caused the Big Ten and Pac-12 athletic conferences to put their fall sports schedules on hold.

Big Ten Commissioner Kevin Warren said in a statement Tuesday that given the ongoing crisis, conference officials determined "there was too much uncertainty regarding potential medical risks to allow our student-athletes to compete this fall."

Larry Scott, the Pac-12 commissioner, said while he understands how "disappointing" the decision was, "college sports cannot operate in a bubble."

"Our athletic programs are a part of broader campuses in communities where in many cases the prevalence of COVID-19 is significant," Scott said in a statement.

For fans, the news felt like a case of whiplash, given that it was just one week ago that the Big Ten released a modified football game schedule, dictating that each team would play a limited number of games and would only play with other teams in their conference.

In Big Ten cities such as Columbus, Ohio, home to the Ohio State University, releasing an initial schedule only to postpone the season was a move that left many feeling disheartened.

"They kind of build you up and then pull the rug out from under you. And I think that's really disappointing," Ohio State fan Greg Wright told NPR member station WOSU. "You know, we were expecting interleague games. And now it's gone."

Jonathan Holloway, who as president of Rutgers University in New Jersey helped make the decision to postpone Big Ten sports, said the move was unfortunately "the story of 2020."

"The virus is so fluid and our understanding of it nationally and locally is so fluid, that as we saw more athletes coming back and started to understand the scope of the challenges when it comes to contact tracing, etc., we realized that we needed to reassess our decision from the previous week," Holloway told NPR's Morning Edition.

Looking forward, the Big Ten will reevaluate conducting these sports in the coming months. Holloway said there is a "real opportunity in this moment to showcase our talents across the Big Ten in the spring."

"Now, saying it's possible and executing it are two different things," he said. "But it's too early to say that we can't pull this off."

But some fans are still worried about what this means for the future of college football in the near-term.

"They say we haven't seen the worst of this virus, and it's almost flu season," Ohio State fan Monty Elmore told WOSU. "I expect to see it be pushed back some more, maybe even put off for the whole year. I would like to see them play, but not at the cost of their life."