Accessibility links
DOJ: Yale Discriminates Against Asian American and White Applicants In Admissions The Justice Department said its two-year investigation found that race is "the determinative factor in hundreds of admissions decisions each year." Yale categorically denies the allegation. 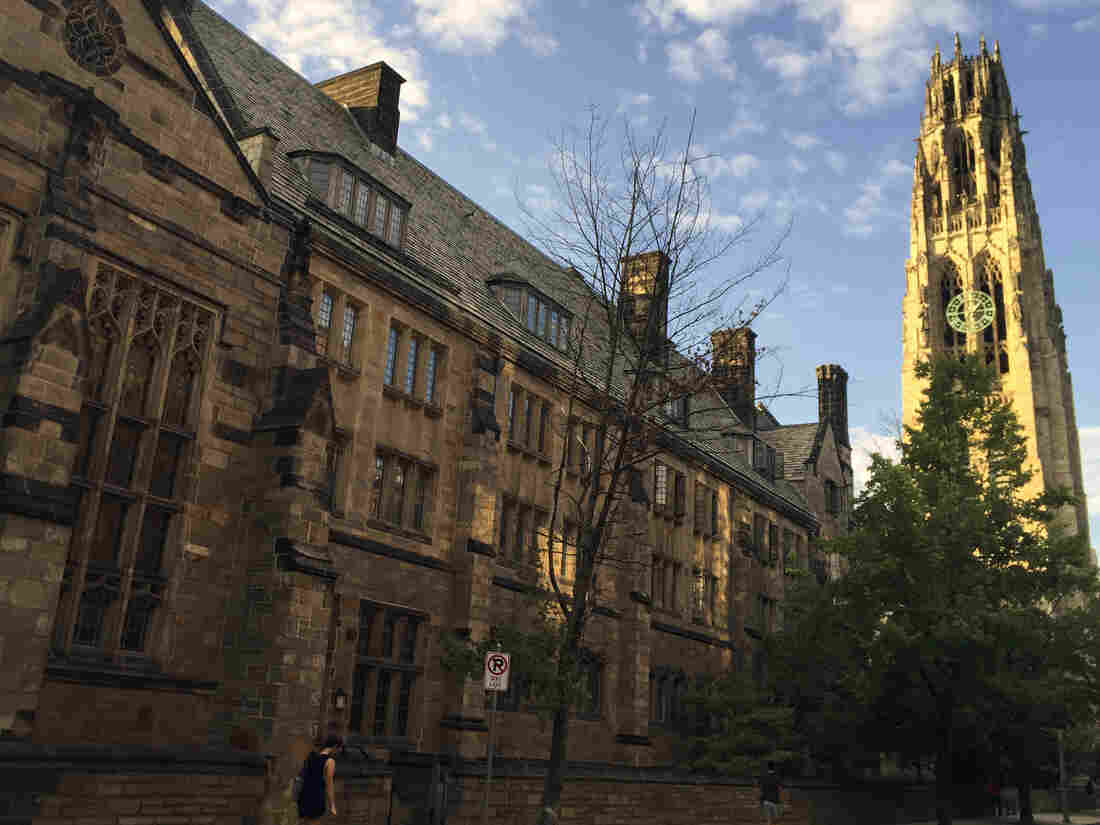 Two years after opening an investigation into Yale University's use of race in admissions, the Justice Department is demanding that the school agree not to use race or national origin in its upcoming 2020-2021 admissions cycle. Beth J. Harpaz/AP hide caption 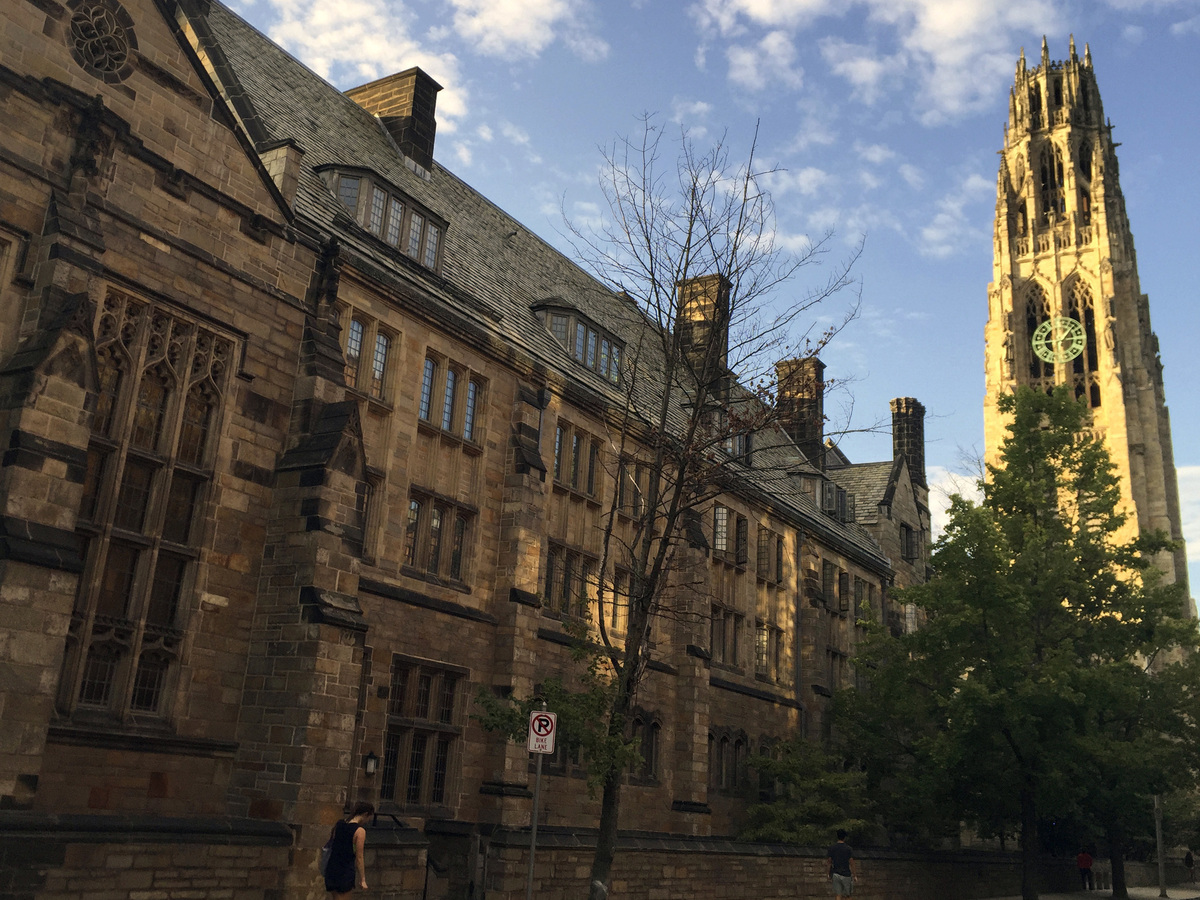 Two years after opening an investigation into Yale University's use of race in admissions, the Justice Department is demanding that the school agree not to use race or national origin in its upcoming 2020-2021 admissions cycle.

Those are the findings of a two-year investigation conducted in response to a complaint by a coalition of Asian American groups. The Justice Department notified university officials in a letter on Thursday.

"The Department of Justice found Yale discriminates based on race and national origin in its undergraduate admissions process, and that race is the determinative factor in hundreds of admissions decisions each year," the department said in a release.

It went on to say that "for the great majority of applicants," Asian American and white prospective students have 1/10 to one-fourth of the likelihood of admission as African American applicants with comparable academic credentials.

In a statement provided to NPR, a Yale spokesperson said that the university "categorically denies this allegation."

"At Yale, we look at the whole person when selecting whom to admit among the many thousands of highly qualified applicants," the statement said. "We take into consideration a multitude of factors, including their academic achievement, interests, demonstrated leadership, background, success in taking maximum advantage of their secondary school and community resources, and the likelihood that they will contribute to the Yale community and the world."

The spokesperson also suggested that the Justice Department had not fully taken into account the information and data that university officials were providing.

"We are dismayed that the DOJ has made its determination before allowing Yale to provide all the information the Department has requested thus far," she said. "Had the Department fully received and fairly weighed this information, it would have concluded that Yale's practices absolutely comply with decades of Supreme Court precedent."

What If Elite Colleges Switched To A Lottery For Admissions?

The Justice Department acknowledged that the Supreme Court has held that colleges receiving federal funds can consider applicants' race in certain circumstances, as one of many factors. But it described Yale's use of race as "anything but limited."

The Justice Department is alleging that Yale uses race at multiple steps of its admissions process, which multiplies the effect of race on an applicant's chances of getting in. It also said the school racially balances its classes.

The department argued that such practices violate Title VI of the Civil Rights Act of 1964, which prohibits discrimination on the basis of race, color or national origin in programs that receive federal financial assistance.

Yale "expressly agrees" to comply with that law as a condition of receiving millions of dollars in taxpayer funding, the department said.

Yale is not planning to modify its policies, according to its statement Thursday.

"We are proud of Yale's admissions practices, and we will not change them on the basis of such a meritless, hasty accusation," the university said.

Art Coleman, an attorney and former deputy assistant secretary of the U.S. Department of Education's Office for Civil Rights under the Clinton administration, raised questions about the strength of the Justice Department's case in an interview with NPR.

"The case here is thin at best," he said. "Thin in terms of underlying evidence."

He compared Thursday's four-page Justice Department findings to the more than 100 pages a judge issued in a similar case regarding Harvard University, and noted "that difference says a lot."

The Supreme Court has long upheld the use of race-based admissions in colleges, ruling on the subject as recently as 2016.

Still, the Trump administration has repeatedly challenged the ability of higher education institutions to consider race in admissions decisions. Notably, in 2018, it withdrew Obama-era guidance that encouraged affirmative action in schools and universities.

Mitchell Chang, an education professor at UCLA, said it is "hard to imagine" this latest move is not political, given its proximity to the general election in November.

He also characterized it as at odds with the current social and political moment in which protesters across the country are calling for racial justice and equity.

"This move fails to respond to the calls being made nationally to consider race in a way that would help us address racism," Chang said. "That's what affirmative action policies were meant to do. To increase access to elite higher education. This very much runs counter to that."

Disclaimer: Rachel Treisman is a graduate of Yale University.