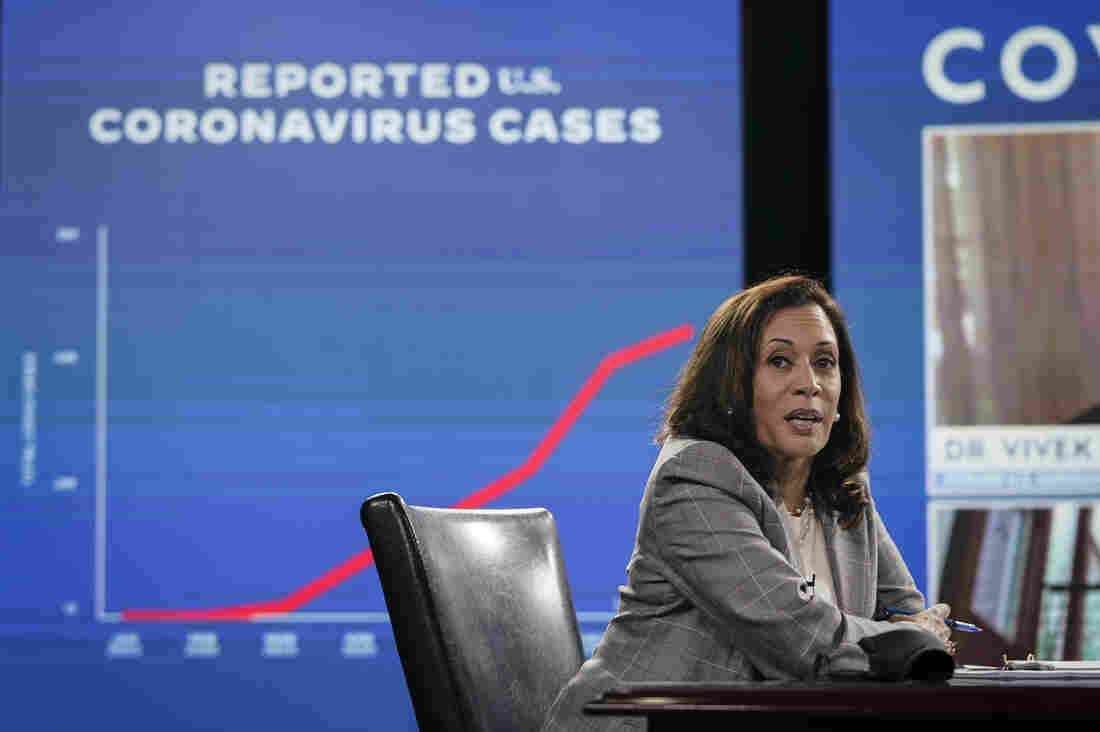 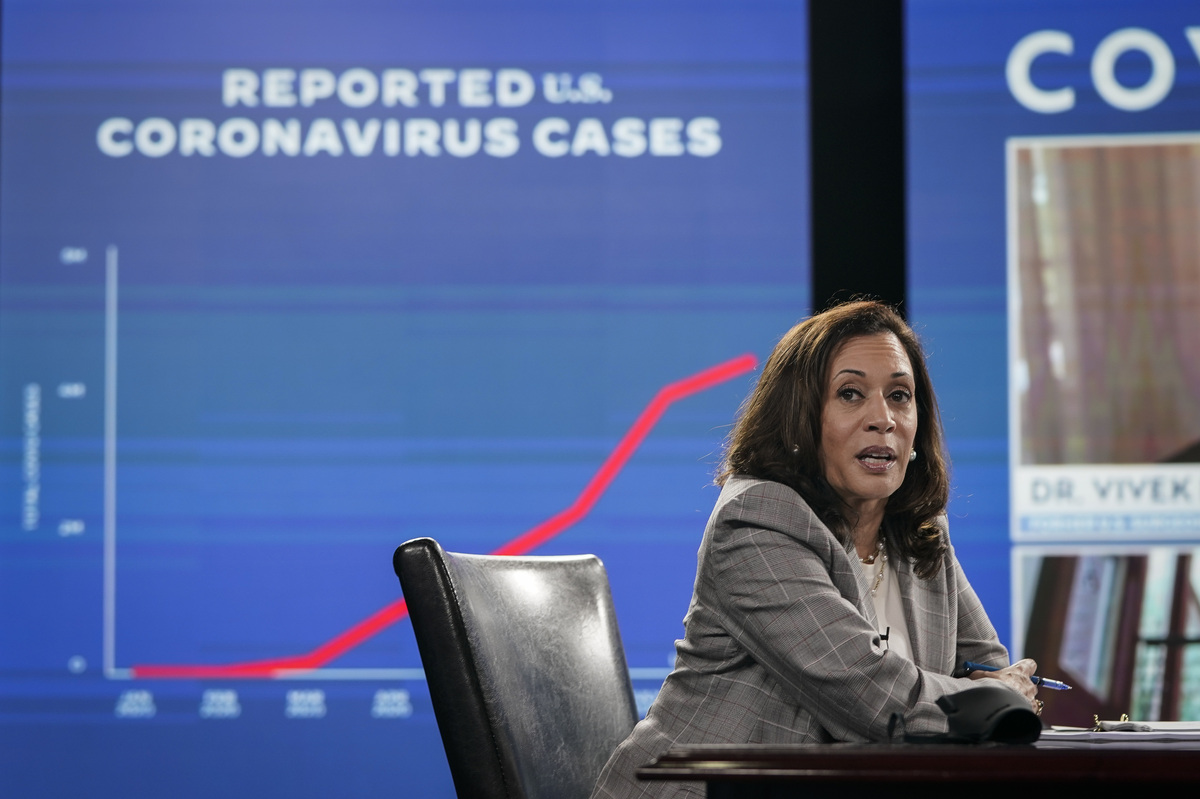 President Trump stoked an untrue conspiracy theory being promoted by supporters — and his campaign — that Sen. Kamala Harris of California is not eligible for the vice presidency.

The Democrat was born in California and therefore qualifies for the job.

Trump, who led a "birther" conspiracy movement against former President Barack Obama, told reporters Thursday that he heard a "highly qualified, very talented lawyer" opine that Harris didn't qualify to serve as vice president but did not know if it were true or not. Trump was responding to a question and was referring to a Newsweek opinion piece by law professor John Eastman inaccurately calling into question Harris' eligibility. 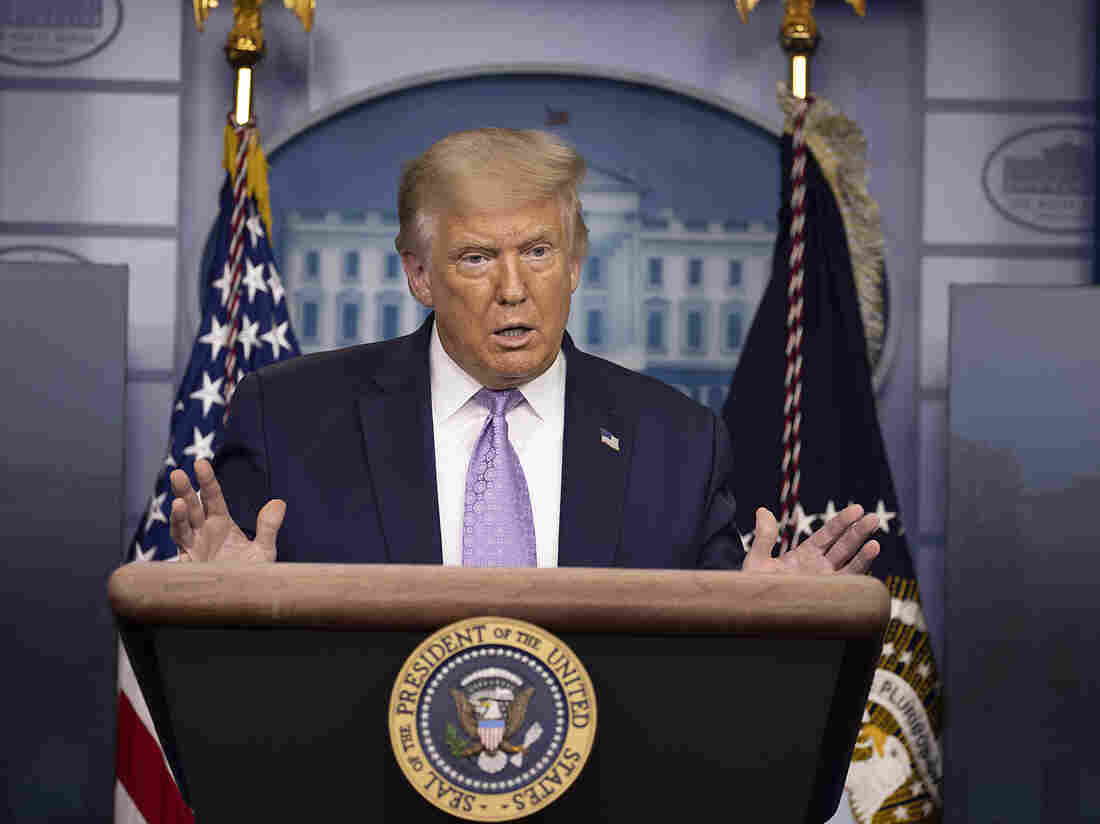 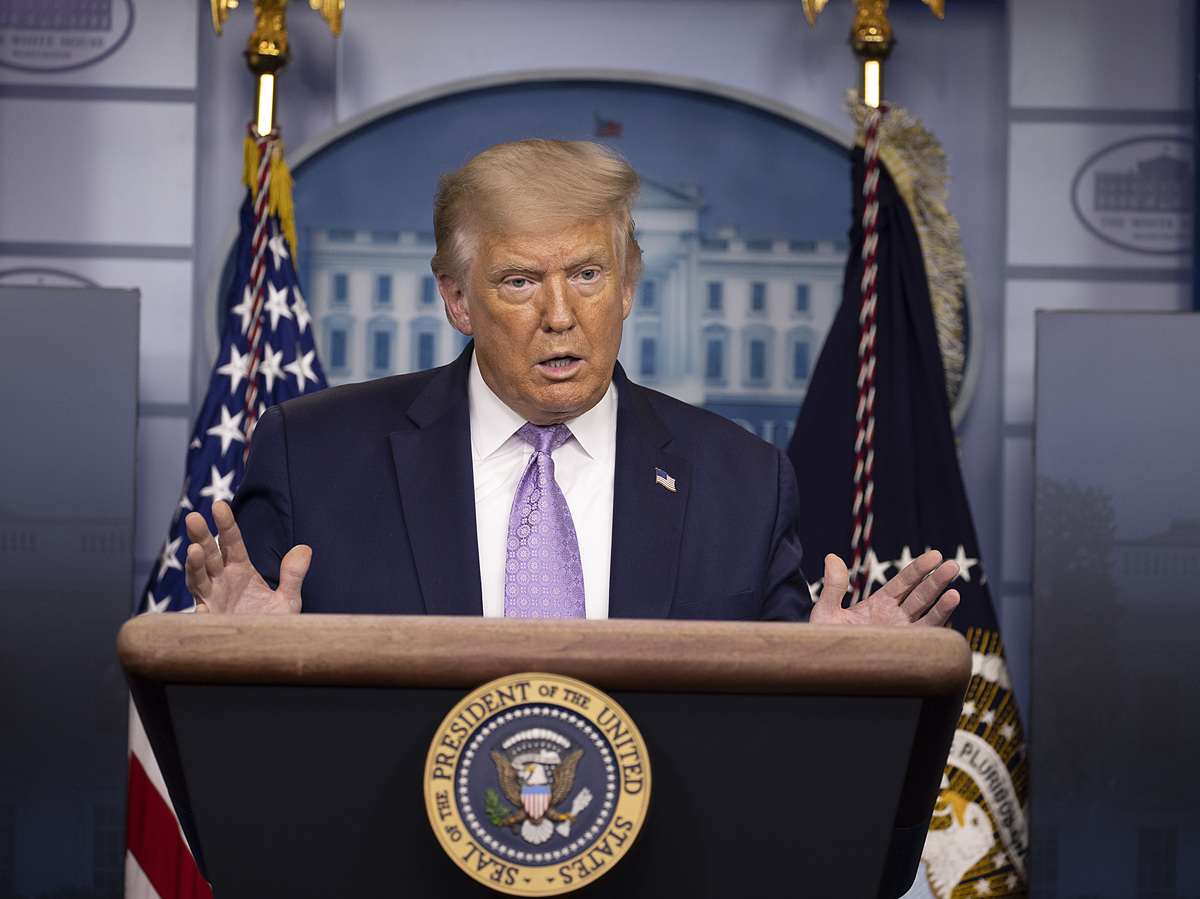 President Trump addresses a briefing Thursday at the White House.

"I heard it today that she doesn't meet the requirements," Trump said. "I have no idea if that's right. I would have assumed that the Democrats would have checked that out before she gets chosen to run for vice president."

Officials from Joe Biden's campaign quickly denounced the remarks. Andrew Bates, a spokesperson for Biden, responded, calling Trump "the national leader of the grotesque, racist birther movement with respect to President Obama and has sought to fuel racism and tear our nation apart on every single day of his presidency."

"So it's unsurprising, but no less abhorrent," Bates said, "that as Trump makes a fool of himself straining to distract the American people from the horrific toll of his failed coronavirus response that his campaign and their allies would resort to wretched, demonstrably false lies in their pathetic desperation."

"This is what racism sounds like," Biden senior adviser Symone Sanders tweeted.

Harris was born in Oakland, Calif., on Oct., 20, 1964. Experts say anyone born in the United States is an American citizen, which makes them eligible for the presidency.

The 14th Amendment reads: "All persons born or naturalized in the United States, and subject to the jurisdiction thereof, are citizens of the United States and of the State wherein they reside."

Harris' mother, Shyamala Gopalan, who died in 2009, was a cancer researcher from southern India who moved to California for graduate school before Harris was born. Her father, economist Donald Harris, emigrated from Jamaica.