Accessibility links
Kenya's Elephant Population Has Doubled Since 1980s Kenya's elephant population has more than doubled since the 1980s, and one national park is currently having a 'baby boom' thanks to a relief from drought and a drop in poaching. 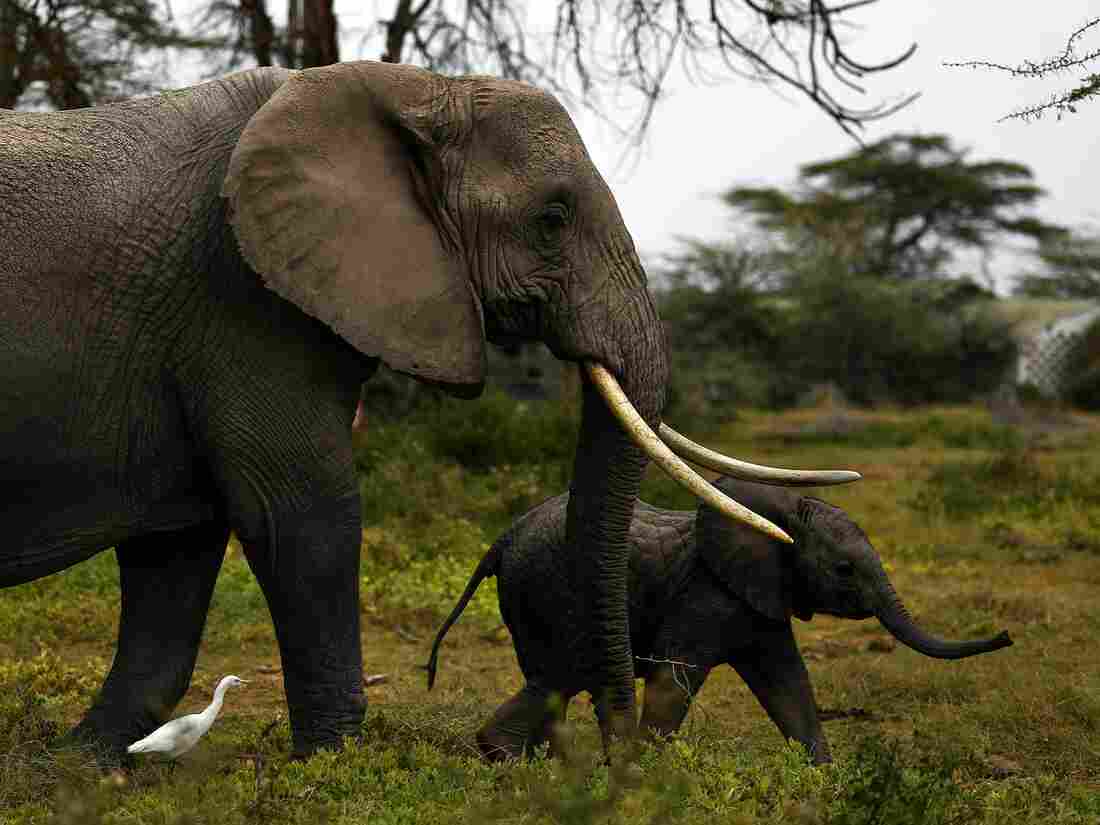 A mother elephant and her calf head for a nearby marsh at Kenya's Amboseli National Park on August 12. Tony Karumba/AFP via Getty Images hide caption 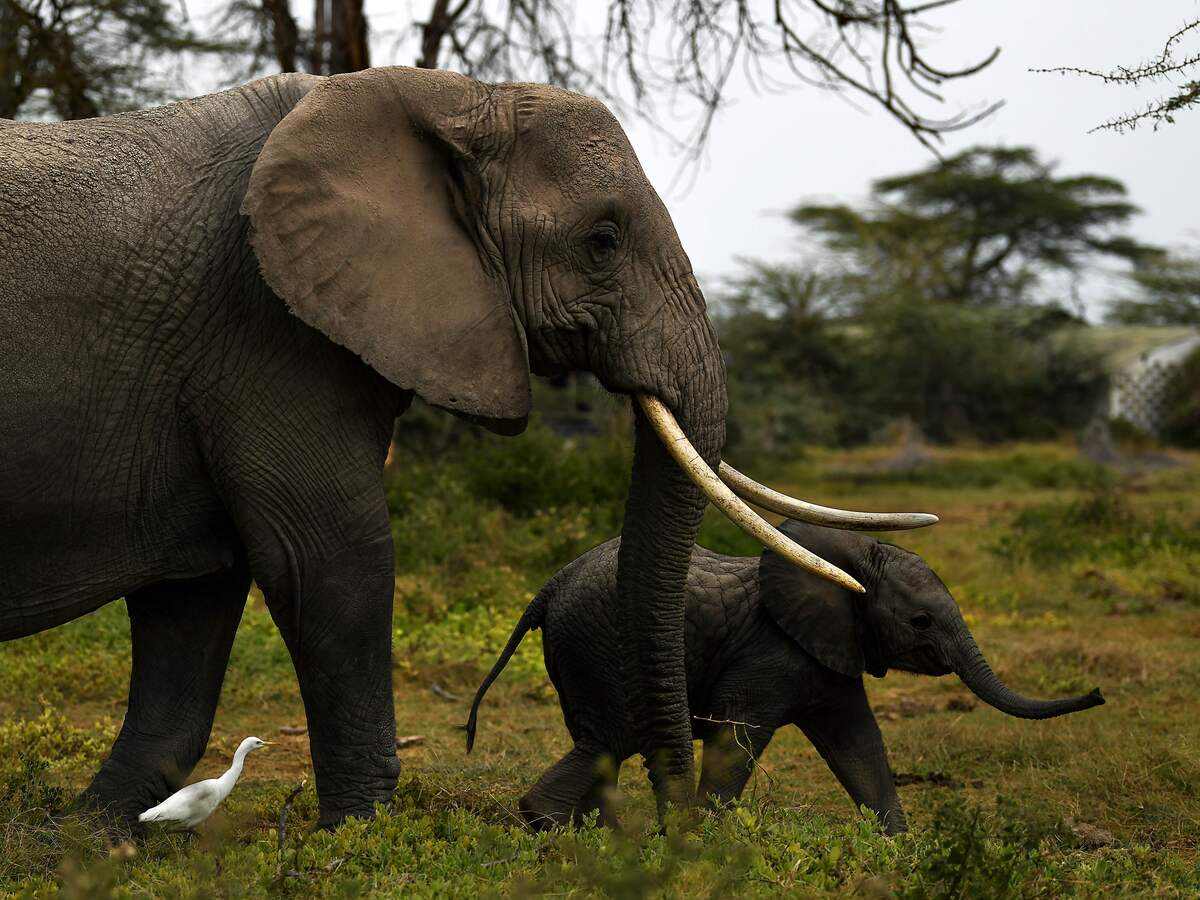 A mother elephant and her calf head for a nearby marsh at Kenya's Amboseli National Park on August 12.

Amboseli National Park in Kenya is experiencing something of an elephant baby boom.

The park, which sits at the foot of Mt. Kilimanjaro, has reported the birth of more than 170 calves this year and counting. What's more, two sets of twins were born this year, a rare occurrence according to Amboseli Trust For Elephants, a nonprofit conservation group in Kenya.

By contrast, the Trust reported 113 new calves born in 2018. (2019 is not a good year for comparison because the gestation period for elephant pregnancies is up to two years.)

"The main reason the population is rebounding is due to the surplus rains we have had over the past two years," Tal Manor, project manager for ATE, said in an email to NPR. "Baby booms are largely tied to ecological changes."

In 2019, the International Rescue Committee reported higher than normal rains, which caused massive flooding, killed people and damaged crops in East Africa. The heavy rain came after the region had years of severe drought. For elephants, more rain means more vegetation for grazing and fewer deaths due to dehydration and starvation.

"Overall in Kenya anti-poaching efforts are also high and elephants are generally safer, which means [fewer] get killed than in other parts of Africa," Manor added. "And Kenya's elephant population is slowly increasing."

The baby boom is not the only heartening pachyderm statistic. Kenya's Wildlife Service said the country has seen its elephant population increase from 16,000 elephants in 1989 to 34,800 by the end of 2019.

There are several threats to elephant populations — climate change related drought, clashes with farmers whose land the elephants trample and poachers who illegally hunt and kill the animals for their valuable tusks.

Kenya's Cabinet Secretary for Tourism and Wildlife, Najib Balala, says that growth in elephant population is in part due to the country's efforts to stop poachers.

"In the last couple of years we have managed to tame poaching in this country," Balala told reporters at Amboseli National Park during an event on Wednesday that coincided with World Elephant Day.

Up In Flames: Kenya Burns More Than 100 Tons Of Ivory

In 2019, the Kenyan government instituted stiffer consequences for anyone convicted of poaching, including large fines and prison time, the AP reported.

In celebrating the #WorldElephantDay, I took part in an Elephant Collaring Exercise, at Amboseli. We collared the young bull, so that we can understand and monitor the movement patterns of the herd, for Elephant conservation and management. #wildlifeKE pic.twitter.com/f7mzlcsp9p

Despite the promising numbers in Kenya, African elephants are still considered a vulnerable species by the International Union for Conservation of Nature.

While illegal poaching does remain a threat to the population, the IUCN's Red List of Threatened Species reports "the most important perceived threat" is the loss or weakening of habitat caused by ongoing human population expansion and conversion of land.

"The elephants are one of the natural resources that has been caught up in human greed on one hand and human need on the other, so there we have a dichotomy," Waweru said.

In 2016, NPR reported on a comprehensive census of African elephants that found the overall population decreased by nearly a third between 2007 and 2014, totaling in 144,000 animals lost.