Accessibility links
Poll: Biden Expands Lead; A Third Of Country Says It Won't Get Vaccinated The presumptive Democratic nominee now leads President Trump by 11 points. And more people are worried about the coronavirus, but 35% still say they won't get vaccinated when one's available. 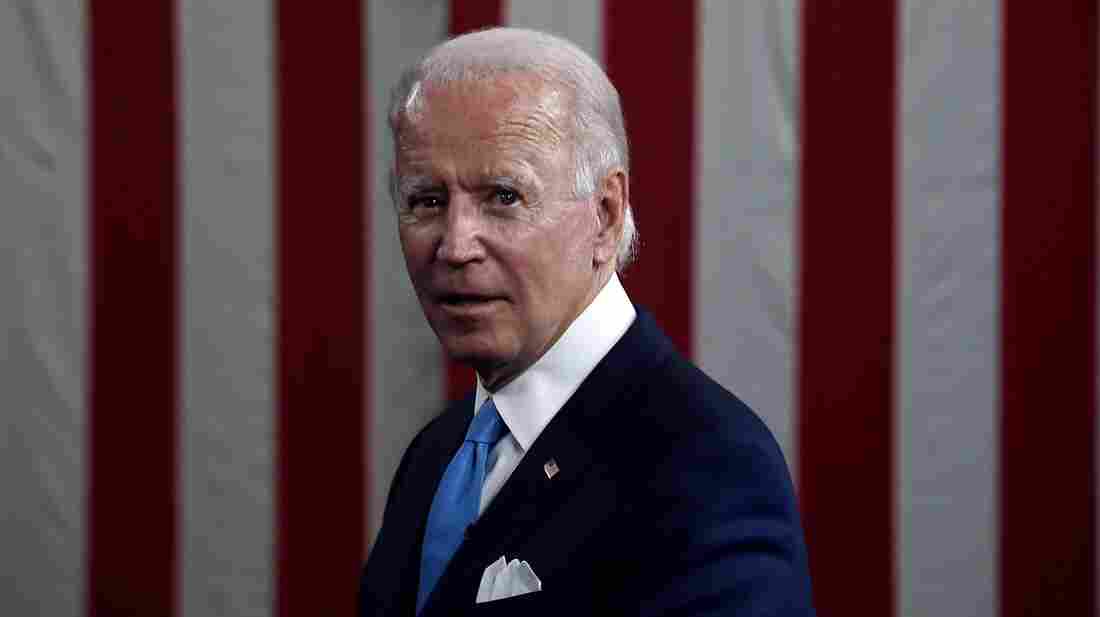 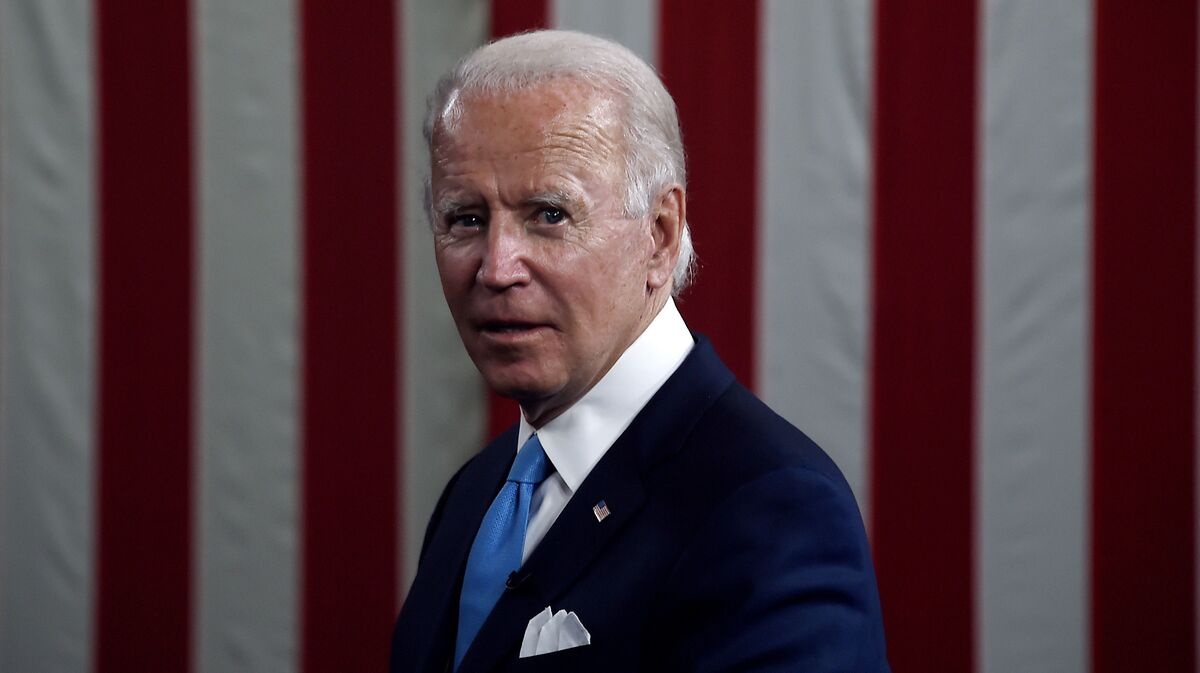 Democrat Joe Biden's lead has expanded to double-digits against President Trump in the presidential election, an NPR/PBS NewsHour/Marist poll finds. Biden now leads Trump 53% to 42%, up from an 8-point advantage at the end of June.

The change comes as 71% of Americans now see the coronavirus as a real threat, up significantly over the last several months, as more than 167,000 Americans have died and more than 5 million have become infected with the virus, as of Friday.

(Just 52% had said they would get vaccinated for H1N1 in 2009 in the survey, but H1N1 was far less deadly and did not have the same far-reaching impact on the American economy and society.)

Dr. Anthony Fauci, head of the National Institute of Allergy and Infectious Diseases, has said he is concerned about the unwarranted vaccine skepticism in some of the country and how that could slow overcoming the virus.

"We have to admit and realize that there is an anti-vax movement that we have had to struggle with in this country," Fauci told the PBS NewsHour last month. "And I believe the solution to that would be community engagement ... because it could be lifesaving, and it certainly would be the solution to this terrible pandemic."

The poll shows that experts like Fauci have some leverage in making the case to the public. Three-quarters of Americans (75%) say they trust the information they hear from public health experts a great deal or a good amount. State and local officials also fare well, with 62% of Americans saying they trust what they hear from those officials.

President Trump, whose approval rating has dipped to 39% in this survey, is seen as an unreliable source of information on the pandemic. Just 31% say they can trust the information coming from the president. Less than half — 46% — say they trust what they hear from news media on it.

Trump retains a narrow, 47% to 45% edge on the economy, but that has narrowed since March when Trump had a clear 50% to 42% lead on the question in an ABC/Washington Post poll.

All of that helps explain Biden's expanded lead and where the vote is coming from. Biden has now reached a majority (52%) with independents and leads Trump with this crucial group by 16 percentage points.

Trump has seen his advantages with other key groups decline, including with whites overall, men and voters in small towns.

What's particularly striking is Trump and Biden are now tied with whites at 48%. Trump had a 6-point advantage with the group at the end of June.

To underscore the significance of this, Trump won white voters by 20 points in 2016, and no Democrat has gotten more than 44% of the white vote (incumbent President Bill Clinton in 1996) in a presidential election since 1976.

That year, Carter got 48% of the white vote and won in an electoral landslide, but only by 2 percentage points in the popular vote. Back then, whites made up almost 9 in 10 voters.

In 2016, whites were down to 70% as a share of the electorate, and demographics point to a continuing downward trend.

Neither Trump nor Biden is viewed very favorably, but Trump's score is far worse than Biden's. Just 35% said they have a favorable view of Trump, even less than approve of the job he's doing; 60% have an unfavorable view.

Notably, Biden leads by 19 points voters who say they dislike both candidates. That's important because in 2016, Trump won voters who said they disliked both Trump and his Democrat Hillary Clinton by 17 points, according to exit polls.

Even though Clinton led for most of 2016 in surveys, the election broke late in Trump's direction because of voters who said they were undecided and said they disliked both candidates.

This poll finds that just 12% are persuadable — either undecided or could change their vote.

The one positive sign for Trump continues to be the strong backing of his supporters. His voters are more enthusiastically behind him than Biden — 76% of them say they strongly support the president versus 64% of Biden's.

The Trump campaign has highlighted similar findings in other surveys, but reelections are about the incumbent president, and the voters who oppose Trump are highly motivated to cast their ballots.

One of the goals of the Democratic National Convention, which begins next week, might be try to drum up more enthusiasm for the ticket, now consisting of Biden and California Sen. Kamala Harris, whom Biden picked to be his running mate this week after this poll was taken.

Forty-three percent say they will mail in their ballots, down from 50% in May. And there is a big partisan split.

Coronavirus — what to do and not do

American families are hotly debating the right and wrong things to do during the tenuous reopenings during the pandemic.

Well, here are some numbers to settle those arguments. Most Americans think it's largely a good idea to eat outside at restaurants (80%) and have people physically return to work (58%), though to a lesser degree.

They do not, however, think it's a good idea to: allow large groups of people to attend religious, social or sporting events (just 27% in favor), allow children to take part in local or school sports (35%), have students return to school (40%) or open restaurants for people to eat inside (43%).

The survey of 1,261 U.S. adults, including 1,118 registered voters, was conducted by calling mobile phones and landlines, from Aug. 3 through Aug. 11 by The Marist Poll, in both English and Spanish. The poll has a margin of error of 3.3 percentage points when adults are referenced and 3.6 percentage points for registered voters. The survey was sponsored in partnership with NPR and PBS NewsHour.

A previous version of this story incorrectly said that only 22% of potential Joe Biden voters cited support for him as their motivation, as opposed to voting against President Trump. In fact, it is 22% of would-be Trump voters who are motivated to vote against Biden.