Accessibility links
Ex-FBI Lawyer To Plead Guilty In Case Linked To Alleged Abuse Of Spying Power A former bureau attorney is alleged to have doctored evidence to enable the surveillance of an ex-junior foreign policy aide to Donald Trump's presidential campaign. 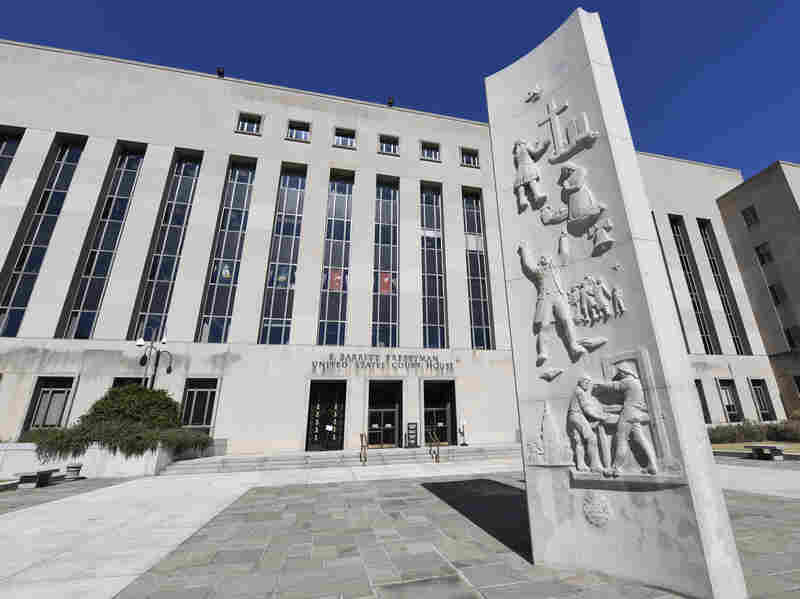 The E. Barrett Prettyman U.S. Courthouse is home to the secret court that oversees surveillance on Americans. An ex-FBI lawyer has been charged in connection with filings to the court. Susan Walsh/AP hide caption 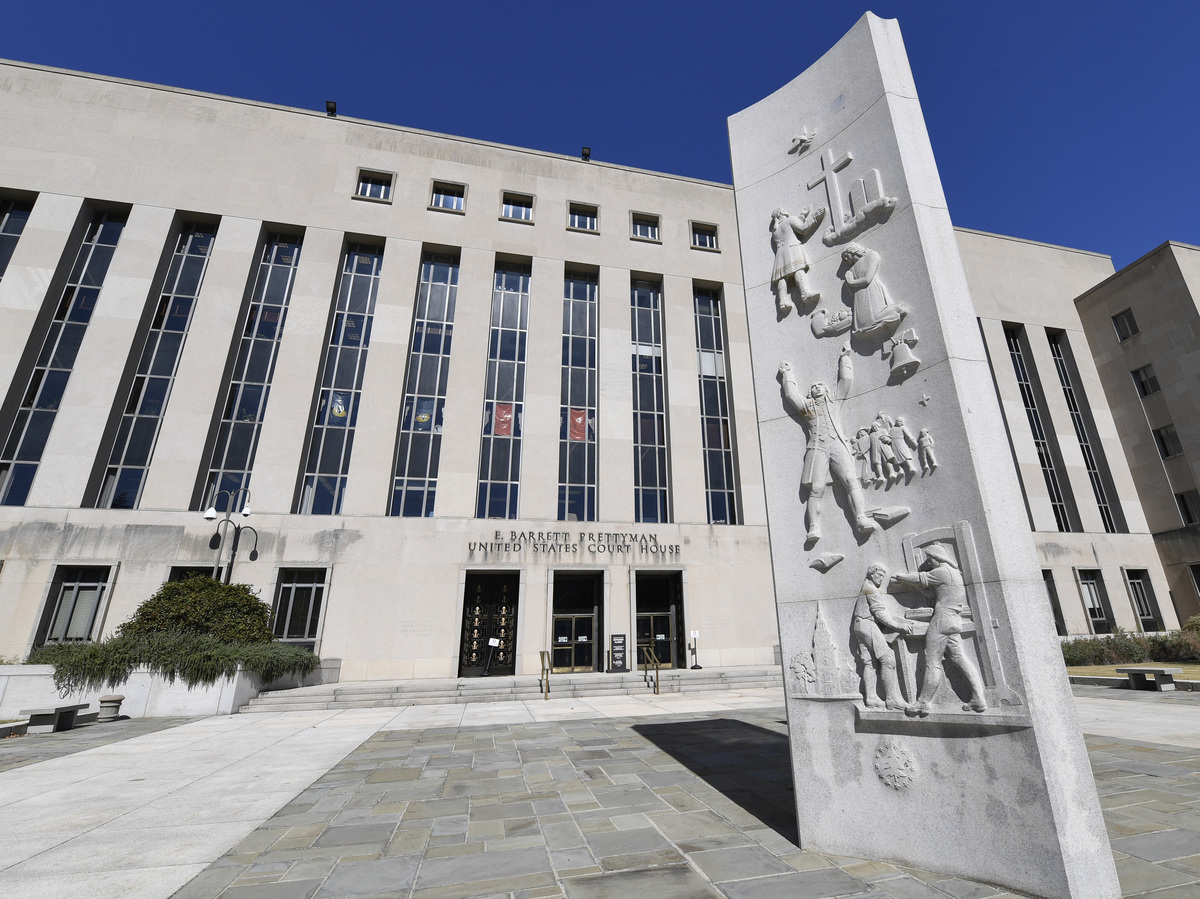 The E. Barrett Prettyman U.S. Courthouse is home to the secret court that oversees surveillance on Americans. An ex-FBI lawyer has been charged in connection with filings to the court.

Former FBI lawyer Kevin Clinesmith has agreed to plead guilty to a single false statement charge, marking the first criminal action in an investigation centered on how intelligence agencies gathered information involving the Trump campaign and Russia four years ago in the waning months of the Obama administration.

Clinesmith had been identified in an earlier report by the Justice Department inspector general.

He allegedly doctored an email used as part of a process to secure court approval to renew surveillance on a onetime Trump campaign junior adviser, Carter Page. The Justice Department's inspector general, Michael Horowitz, referred the matter for criminal review.

"Kevin deeply regrets having altered the email," his attorney, Justin Shur, said in an email. "It was never his intent to mislead the court or his colleagues as he believed the information he relayed was accurate. But Kevin understands what he did was wrong and accepts responsibility."

The charge against Clinesmith represents the first significant public action by John Durham, U.S. attorney in Connecticut, who was named more than a year ago to examine problems with the FBI, the Justice Department and other agencies' approach to an investigation that came to define much of President Trump's first term in office.

A five-page court filing in federal district court in Washington gave no indication that Clinesmith is providing evidence against anyone else in the investigation. Clinesmith was an FBI lawyer from July 2015 until September 2019.

Durham's exact focus is a closely held secret, but he also has reached out to former senior officials, including Obama's CIA director, John Brennan, to schedule interviews in recent weeks. Durham has also begun to use a federal grand jury in Washington, D.C.

Attorney General William Barr had forecast a development in an interview Thursday night on Fox News.

Judge, Shielding Cop Via 'Qualified Immunity,' Asks Whether It Belongs In 'Dustbin'

"You know, it's not an earth-shattering development, but it is an indication that things are moving along at the proper pace, as dictated by the facts in this investigation," Barr told host Sean Hannity.

Democrats and Justice Department veterans had feared action by Durham close to the presidential election might influence the race, a repeat of the 2016 campaign.

Earlier this week, Trump told Fox Business that he was anticipating action by Durham, whom he hoped was "not going to be politically correct and just get a couple of the lower guys."

The president added: "Bill Barr can go down as the greatest attorney general in the history of our country, or he can go down as an average guy. We'll see what happens."

Subsequent investigations have validated the core findings of the Russia investigation, including that Russia attacked the election in 2016, but it also revealed problems with some actions by the FBI.

Federal authorities conducted surveillance on Page for a time from the Obama administration and into the Trump administration but ultimately he was never charged with any crime.