Accessibility links
New Postal Service Head Hasn't Met Election Officials About Mail Voting It is not clear why the invitation has not been accepted, but those familiar with the exchange say the delay is unusual, considering that absentee ballots will go in the mail as soon as September. 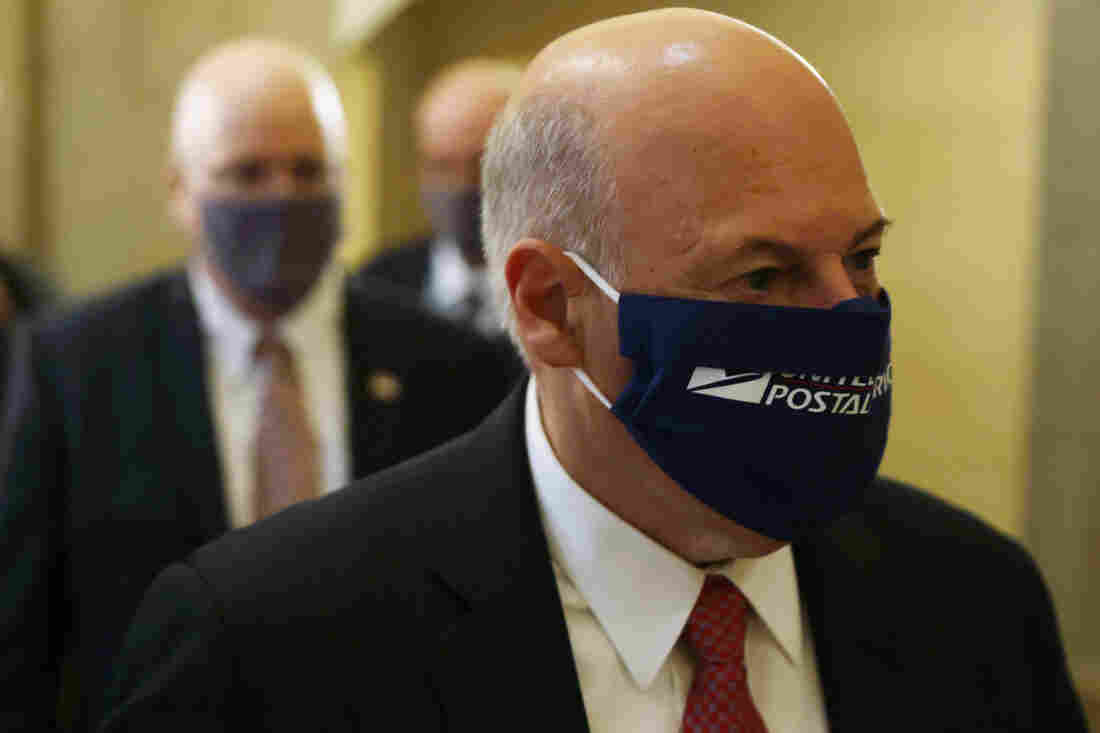 Postmaster General Louis DeJoy is under fire for management changes he has made to the Postal Service that some say could slow the delivery of absentee ballots this fall. Alex Wong/Getty Images hide caption 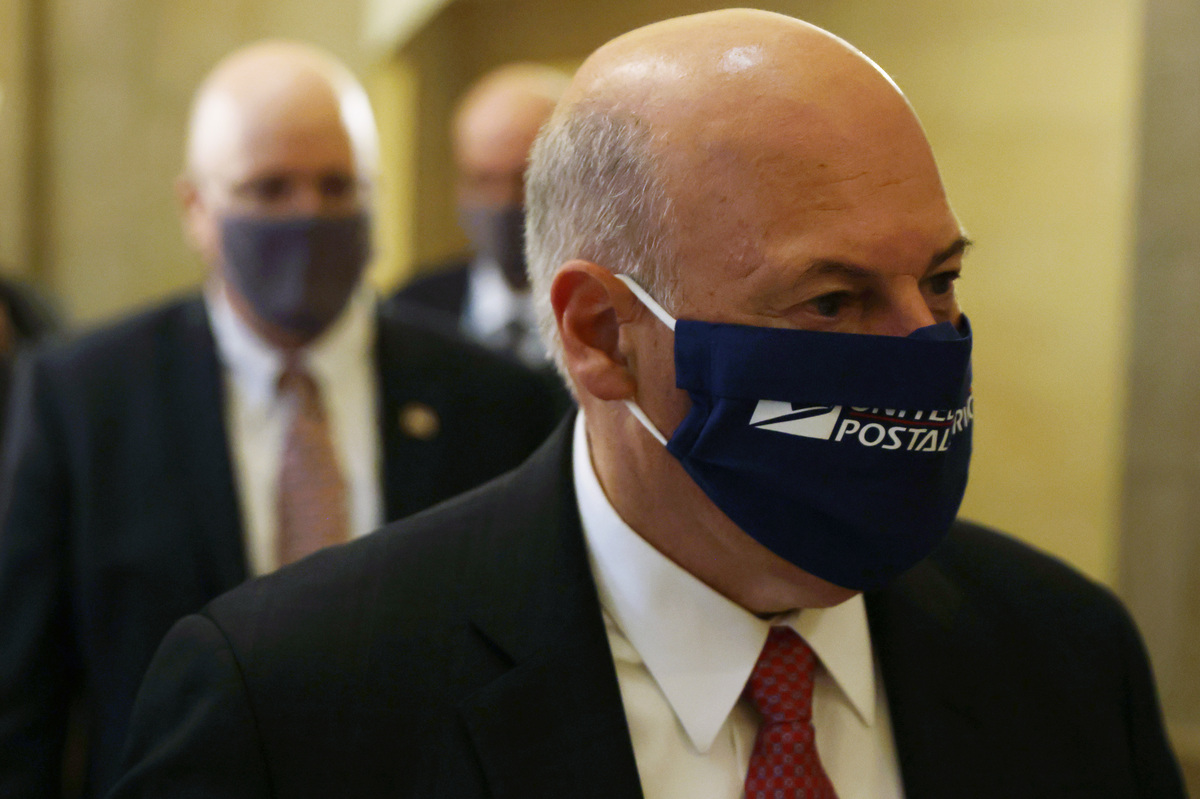 Postmaster General Louis DeJoy is under fire for management changes he has made to the Postal Service that some say could slow the delivery of absentee ballots this fall.

Election officials are seeking clarification from the Postal Service about how recent cutbacks will affect what's expected to be an avalanche of mail-in voting in the upcoming election. Changes in postal operations have already led to mail delays across the country, raising alarms about what will happen in November.

NPR has learned that a bipartisan group of secretaries of state, who are responsible for running elections, requested to meet this week with postmaster general, Louis DeJoy, who was appointed to the job in May. But that meeting has yet to be scheduled.

Toulouse Oliver is president of the National Association of Secretaries of State and one of those who requested the meeting.

It was not clear why the invitation has yet to be accepted, but those familiar with the exchange said the delay is unusual, considering that election officials will begin sending out absentee ballots as soon as September.

The secretaries — which included Frank LaRose of Ohio, Jocelyn Benson of Michigan and Kyle Ardoin of Louisiana — said in the letter that they "view the USPS as a vital partner in administering a safe, successful election and would like to learn more about any planned changes around USPS service due to COVID-19, preparations for increased election-related mail, USPS staffing levels and processing times, and other pertinent issues."

In an email to NPR about the request, the Postal Service responded that it "appreciates its longstanding relationship with the National Association of Secretaries of State (NASS). We have been in touch with NASS and are working to set up a meeting between our Election Mail stakeholders as well as theirs. We continue to work with NASS, all Secretaries of State and Boards of Election and look forward to a successful general election in November."

DeJoy, a major donor to President Trump and other Republicans, has raised concerns among election officials and lawmakers of both parties by making major changes in the way the U.S Postal Service does business, including banning employees from working overtime and imposing a hiring freeze. He says the service is facing an $11 billion shortfall this year and such changes are needed.

But in his first public statement last week, DeJoy also reaffirmed the Postal Service's commitment to delivering election mail and said the organization has "ample capacity to deliver all election mail securely and on time."

President Trump has contradicted that claim, saying repeatedly that the Postal Service will not be able to handle the expected flood of absentee ballots without a large infusion of funds, which he opposes.

"They need that money in order to have the post office work so it can take all of these millions and millions of ballots," Trump said in a Fox Business Network interview Thursday.

The Postal Service has also raised concerns by sending letters recently to a number of states, including Pennsylvania, warning that current deadlines for requesting and returning absentee ballots make it impossible to guarantee that the ballots will be delivered on time.

Pennsylvania allows voters to request a mail-in ballot as late as Oct. 27, but under current law, it must be returned and received by Nov. 3 to count. The Postal Service has recommended that voters allow at least a week for ballots to be delivered.

These issues make it all the more urgent that the postmaster general meet with the secretaries of state, says David Becker, who runs the nonprofit Center for Election Innovation and Research.

"It's entirely reasonable that a bipartisan group of election officials would want more information about whether USPS can meet its obligations to serve American voters, particularly only 81 days out from Election Day," he said. "The fact that the postmaster general is unresponsive to their concerns is unusual, and troubling."

In the past, election officials have generally worked closely with their local post offices to make sure that ballots get delivered on time. Toulouse Oliver expressed confidence that that relationship would continue.

"I have a lot of faith and trust in our regional and local postmasters and Postal Service employees who, again, reiterate time and time again that election mail is tremendously important to them and to the Postal Service and that they will be, again, treating it as the absolute highest priority over the next few months," she said.

Right now, state and local election officials are trying to set mail-in voting procedures for November. Officials are advising voters to request their ballots and return them as soon as possible to avoid having their ballots rejected because they arrive too late. Tens of thousands of primary ballots this year were rejected for that reason.

Many states are also setting up secure drop boxes where voters can deposit their ballots to be collected later by election officials and thus don't need to depend on the post office to deliver them.