Accessibility links
Wildfires Raging In California And Colorado Two back-to-back wildfires have erupted around Los Angeles. And across the country, major wildfires are burning in a dozen states, including one of the largest in Colorado's history. 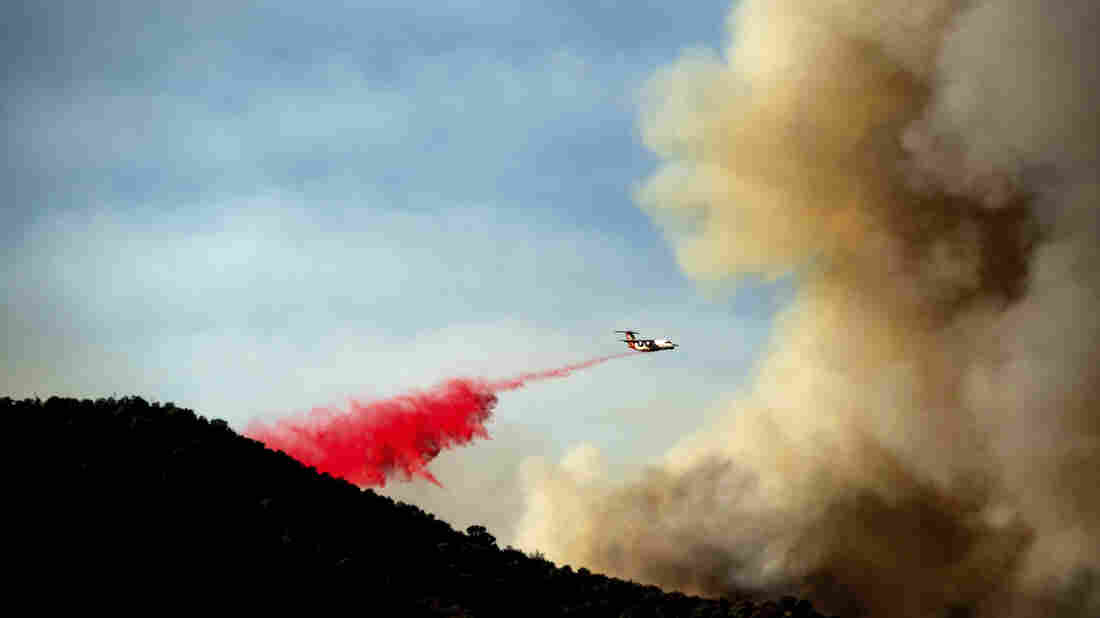 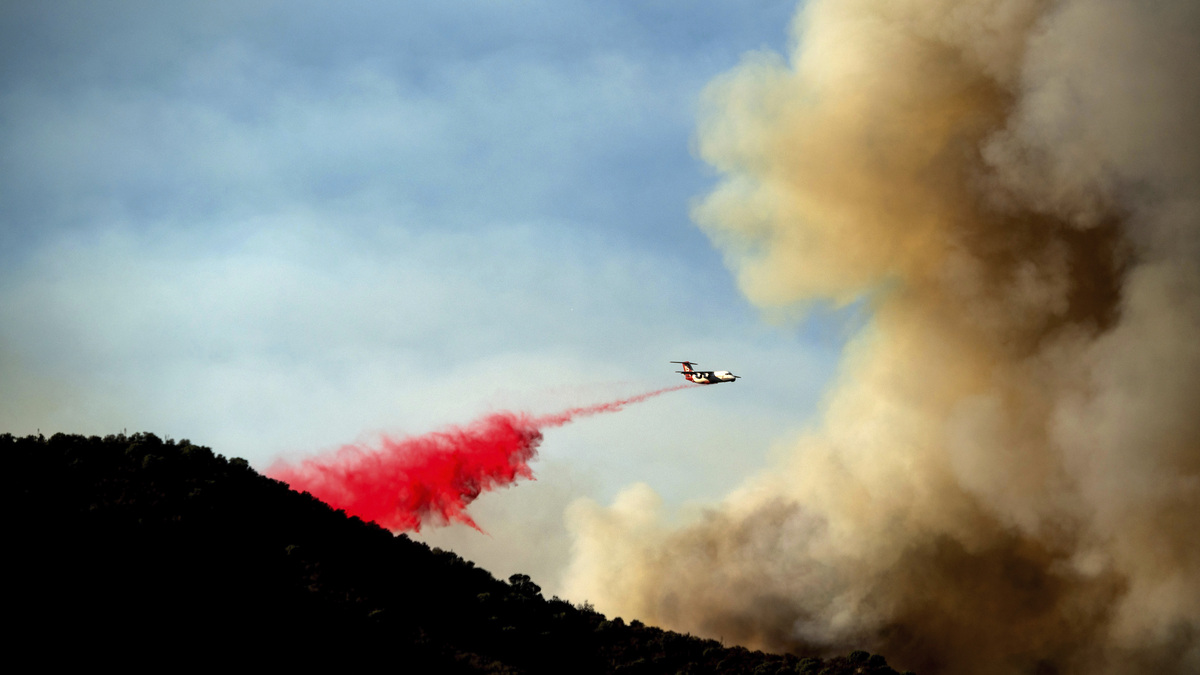 An air tanker drops retardant as the Lake Fire burns in the Angeles National Forest north of Santa Clarita, Calif., on Thursday.

Two back-to-back blazes broke out around Los Angeles this week, marking a dramatic start to the wildfire season.

A wildfire that started Thursday continues to burn near the San Gabriel Canyon east of Los Angeles. Activity at what's called the Ranch2 Fire is expected to increase today due to extreme heat — with highs near 108.

As of noon ET on Friday, some 100 personnel were battling the blaze, which has scorched at least 2,500 acres, closed roads in the area and is 0% contained.

The Ranch2 Fire comes on the heels of another large and fast-growing fire that erupted Wednesday near Lake Hughes, north of Los Angeles.

That fire has burned more than 11,000 acres and is 12% contained as of 9 a.m. ET Friday according to the California Department of Forestry and Fire Protection, or Cal Fire.

Road closures and evacuations remain in place, as more than 1,100 personnel work to contain the wildfire.

"The fire behavior was so rapid as far as growth and so explosive in behavior that it took a while for ground crews to get to the edge," Smith said, describing the primary driver of the fire as "heavy, thick and dense dried-out vegetation and steep terrain."

There are currently 13 wildfires burning in California, according to Cal Fire. The National Interagency Fire Center classifies seven of them as "large."

California has put more than $1 billion in spending to prevent wildfires on hold as a result of the coronavirus crisis.

Elsewhere in the country, large wildfires are burning in more than a dozen states, including multiple fires in Alaska, Arizona, Oregon, Washington and Colorado.

Of the three major wildfires currently burning in Colorado, the Pine Gulch Fire has destroyed almost 70,000 acres, making it one of the largest in the state's history.

The Grizzly Creek blaze is burning through steep, rugged terrain near the popular tourist town of Glenwood Springs, Sieg says. The fire, which started Monday afternoon, has closed Interstate 70, a vital east-west route.

Glenwood Springs residents Tim and Karen Trulove have been watching the giant plume of smoke from their home a few miles away. Tim, who used to be a fire chief, tells Sieg that the fire will likely continue to grow.

"The grasses are dry. The trees and the brush have no moisture in them, because there hasn't been any for weeks," Tim Trulove says. "I think it's as bad as it gets right now, and it's not projected to get any better."