Accessibility links
Kamala Harris Pick As Biden's VP Hailed As Win For Representation Kamala Harris, the daughter of Jamaican and Indian immigrants, represents a series of firsts — being Joe Biden's running mate is the latest. Political leaders and activists are cheering the pick. 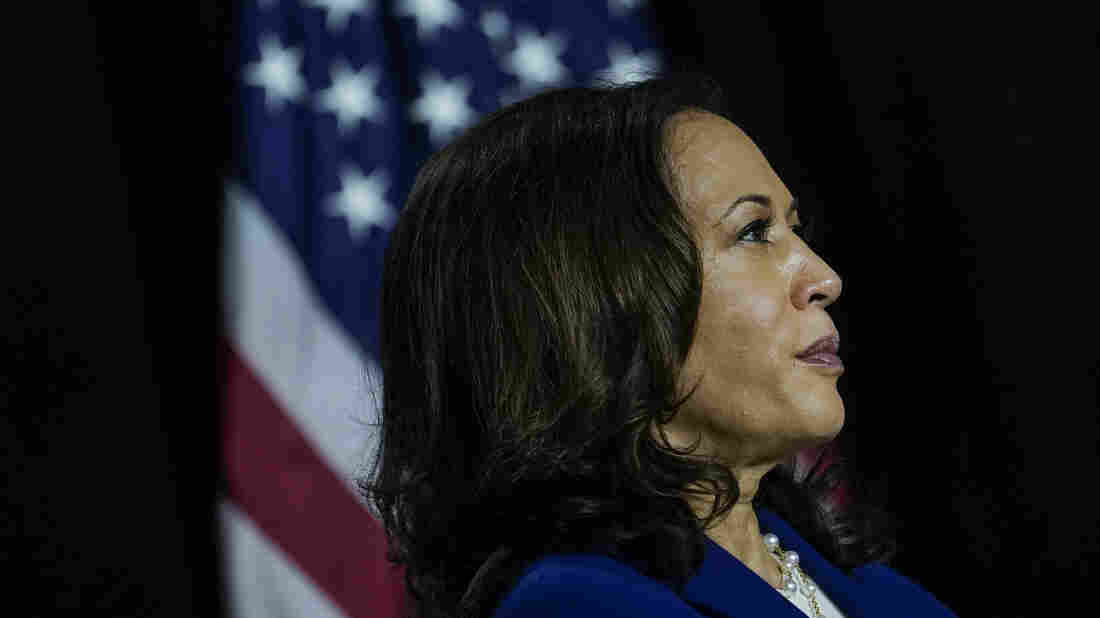 Sen. Kamala Harris of California represents a series of firsts, the latest being her selection as the vice presidential candidate on a major party ticket. Drew Angerer/Getty Images hide caption 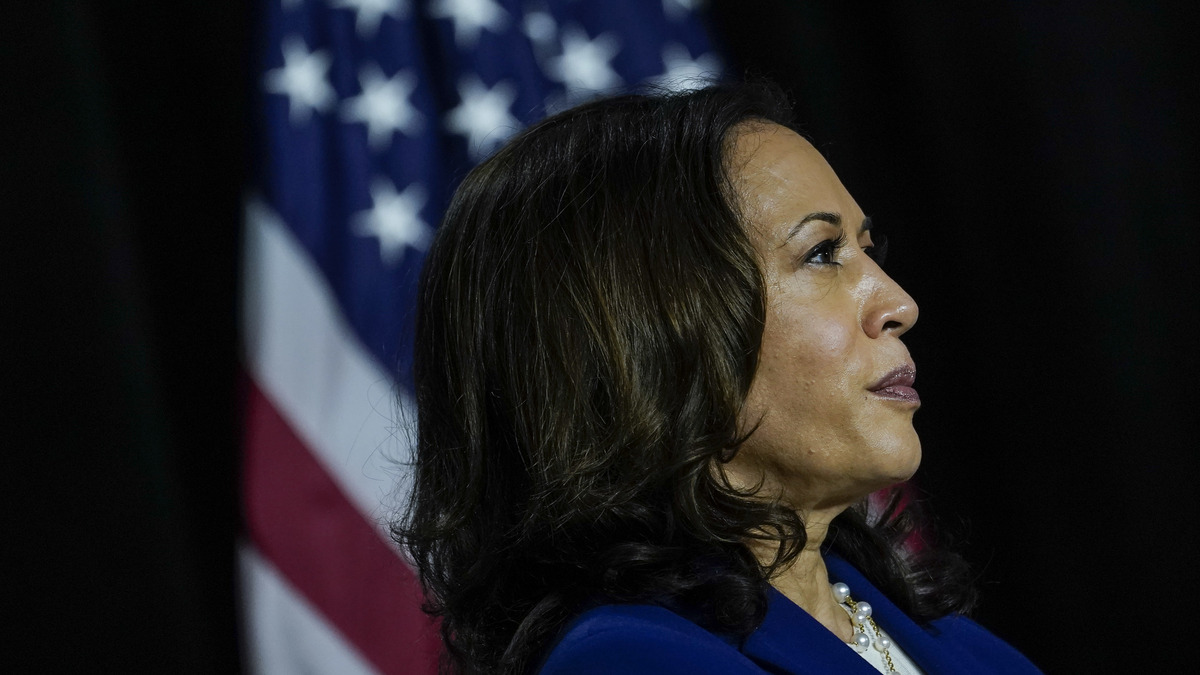 Sen. Kamala Harris of California represents a series of firsts, the latest being her selection as the vice presidential candidate on a major party ticket.

When she found out that former Vice President Joe Biden had selected Sen. Kamala Harris of California as his running mate, LaTosha Brown was in her bathroom trying on makeup.

Brown, a co-founder of Black Voters Matter, was one of the activists who exerted public pressure on Biden and his team to select a Black woman to join him on the ticket. Her phone rang, and a friend told her, "We won. We've got a Black VP."

At first, Brown said, she was calm. But then she sat down and cried, and said the only thing she could think about was her grandmother, who was born in the early 1900s in Mobile, Ala.

"Most of her life, she was denied having the right to vote. And once she got the right to vote, I remember her taking me to the polls with her," Brown said. "I knew it was something special. For her to put her pocketbook on one arm, and hold me with her other hand, and put on her hat and her Sunday best, and to go to the polls to vote. I knew we were doing something that gave her pride."

Political leaders, community advocates and activists are cheering Harris' addition to the Democratic ticket as a powerful elevation of a woman of color, one that could change the perception of who is seen as a leader in the United States.

Soon after Harris' selection was announced, Neil Makhija, executive director of IMPACT, an advocacy group for Indian American candidates, received a photo from his father. It was of Harris and her family.

"It easily could have been our own," he said. "Her mom in a sari, her cousins in India. It made me realize that that was the first time my dad could identify with a political figure in the United States, and there are going to be millions of people like him who see Kamala's story and see themselves in it."

During an interview with The 19th, a new nonprofit news organization focused on women and politics, Harris talked about Biden's comfort with Black leaders.

"Joe Biden had the audacity to choose a Black woman to be his running mate," Harris said. "How incredible is that? And what a statement that is about Joe Biden that he decided that he was going to do that thing that was about breaking one of the most substantial barriers that has existed in our country, and that he made that decision with whatever risks that brings."

She also said that by asking her to join the ticket, Biden "has pushed forward something that might have otherwise taken decades."

While Harris unquestionably made history, in the interview she stressed that she feels she is not unique.

"There are a lot of people like me. There are a lot of folks where I come from, I come from people and that is part of the point," she said. "Maybe it is, for some, to stimulate their imaginations. But for others, what we know is this is actually who we are and what we are."

Mythili Sampathkumar, a freelance journalist who is on the board of the South Asian Journalists Association, said her parents sent her a message after Harris' selection, saying that they were proud that the world is recognizing South Indian women. But her own feelings have been complex.

"My first thoughts were a mix of pride and anxiety. I'm proud that someone Indian American, who also happens to be half Tamil like me is in this position of national prominence and could be in the White House, during my lifetime," Sampathkumar said.

But she also made clear that the Indian American community is not a monolith.

"There are the more progressive among us who are not thrilled with the decision because of that. They tend to be younger Indian Americans who grew up differently than my generation, or our parents' generation who came here not that long ago," she said. "They grew up seeing a lot more representation and possibilities than maybe we did, for people of color and immigrants who look like us. For them, it's much more about her policies that will determine how they vote, rather than just being proud of her and voting based on that."

Many of those who were moved by Biden's selection of Harris to serve on the Democratic ticket also said they know the types of challenges that Harris, who is one of the nation's most ascendant women of color, will face, particularly in a campaign against a president who has demeaned political opponents with racist and sexist attacks.

Since Harris joined the Democratic ticket, President Trump has been stoking an untrue, racist conspiracy that Harris, who was born in California, is not eligible for the vice presidency.

"There's a couple things that will need to happen, pushing back against sexist and racist bias, but also combating misinformation and disinformation that has plagued Sen. Harris for several years," said Glynda Carr, president of Higher Heights for America, a group focused on increasing the political power of Black women.

"At the end of the day though, the more negative attacks on Sen. Harris that happen, people are going to realize how Black women protect Black women."