Accessibility links
In Aerial Combat Over Lake Michigan, Eagles: 1; Drones: 0 Last month, Hunter King was using a drone to map shoreline erosion for Michigan's environmental department when a bald eagle apparently attacked the vehicle, causing it to crash into the water. 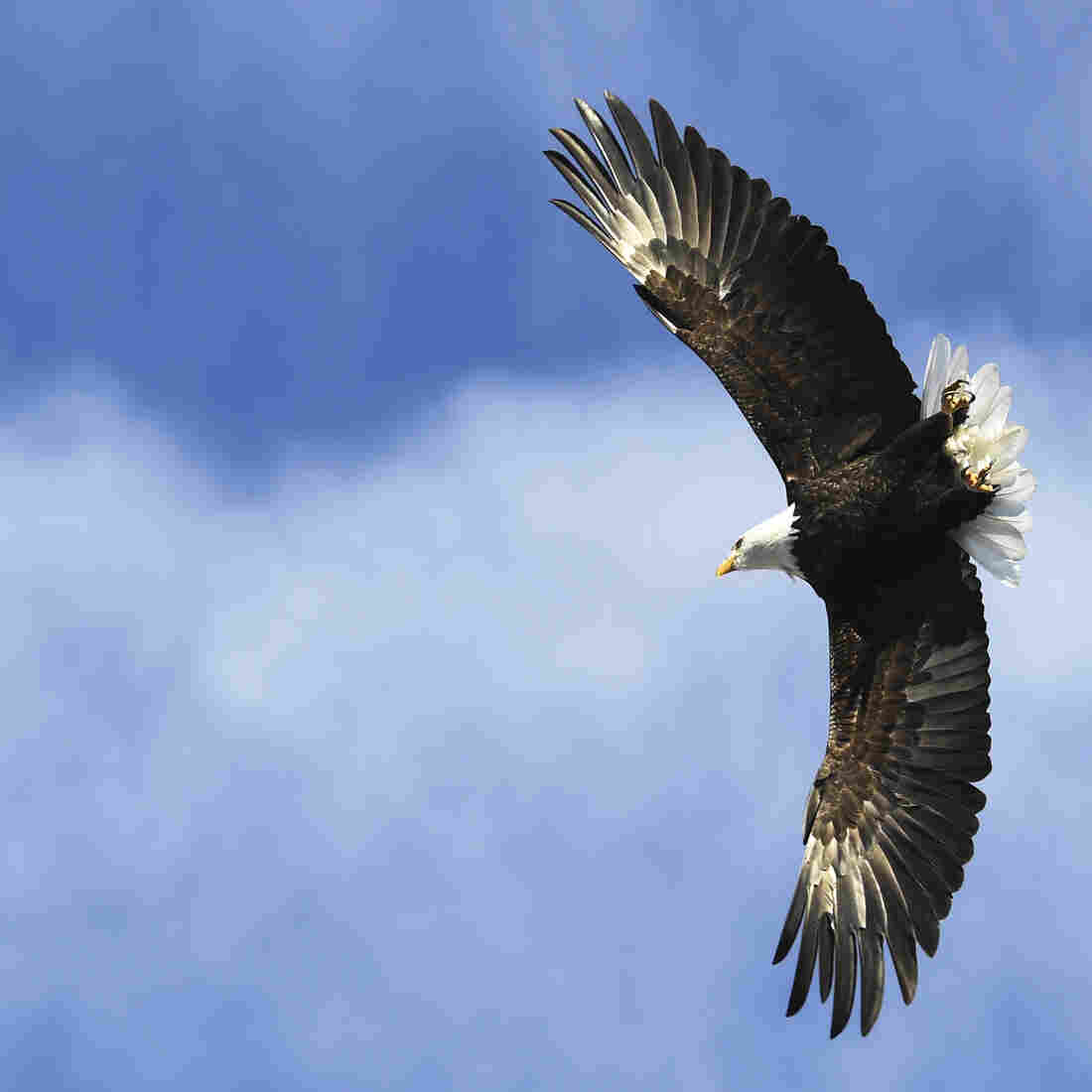 A bald eagle takes flight from a tree along the Platte River in Denver, Colorado. In Michigan, a bald eagle is being blamed for an attack that downed one of the state's drones. RJ Sangosti/MediaNews Group/The /Denver Post via Getty Images hide caption 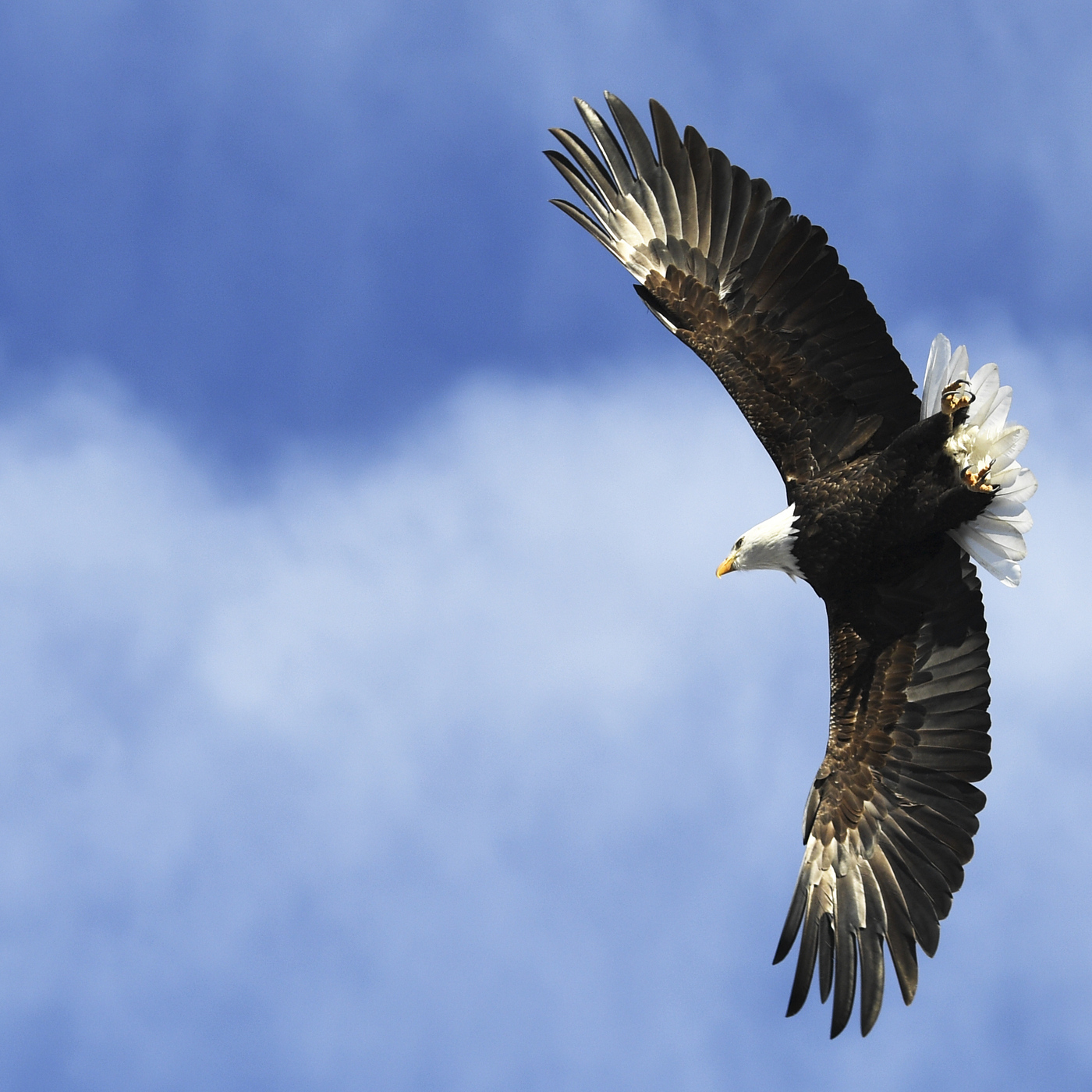 A bald eagle takes flight from a tree along the Platte River in Denver, Colorado. In Michigan, a bald eagle is being blamed for an attack that downed one of the state's drones.

The eagle has landed, but EGLE — Michigan's Department of Environment, Great Lakes and Energy — was not so lucky.

Last month, Hunter King, one of the department's drone pilots, was using a quadcopter to photograph the Lake Michigan coast to track shore erosion.

Suddenly, he started getting warnings on his screen — lots of them — including one indicating that a propeller had come off the drone.

"I was looking through the camera on the drone with my iPad, and it just went into a spiral," King tells NPR.

When he glanced up, the drone was gone and a suspicious looking bald eagle was soaring away.

The evidence might seem circumstantial – and it is — but King wasn't the only witness: EGLE's website says a nearby couple saw the eagle strike something but were surprised to find out it was a drone.

"I don't think the eagle actually grabbed it, maybe a talon just nicked it," King says.

The couple helped King in a fruitless search for the $950 quadcopter. Days later, location data pulled from the iPad pinpointed the crash-site — about 150 feet offshore in four feet of water.

He theorizes that the bird may have been motivated by the desire to protect its territory, or maybe the drone just looked tasty.

"I had flown out and it was on my way back," when the attack happened, he says. "So it was probably the second time the bird had seen this drone."

King also acknowledges that the vehicle is "pretty annoying."

"It sounds like a swarm of bees," he says.

Bird attacks on drones are apparently not uncommon. Although the incident is a first for King, he says he's "seen an osprey come within inches of another drone."

EGLE says it is considering eagle countermeasures, including using "skins" or other designs that make drones look less like seagulls (and therefore, apparently, sitting ducks).

But King is skeptical. "I'm not sure there's anything you can do. I think it's more of a crapshoot," he says about avoiding eagle-drone encounters.

Like many other places in the U.S., bald eagle populations have rebounded in Michigan. EGLE notes that a 2019 U.S. Fish and Wildlife Service survey put the number of active nesting sites in the state at 849, up from just 76 in the 1970s.