Accessibility links
California Issues 1st Rolling Blackouts Since 2001 As Heat Wave Bakes Western U.S. Temperatures topped triple digits in parts of the state, and the weather is expected to remain blistering well into next week, likely putting more pressure on the electric utilities. 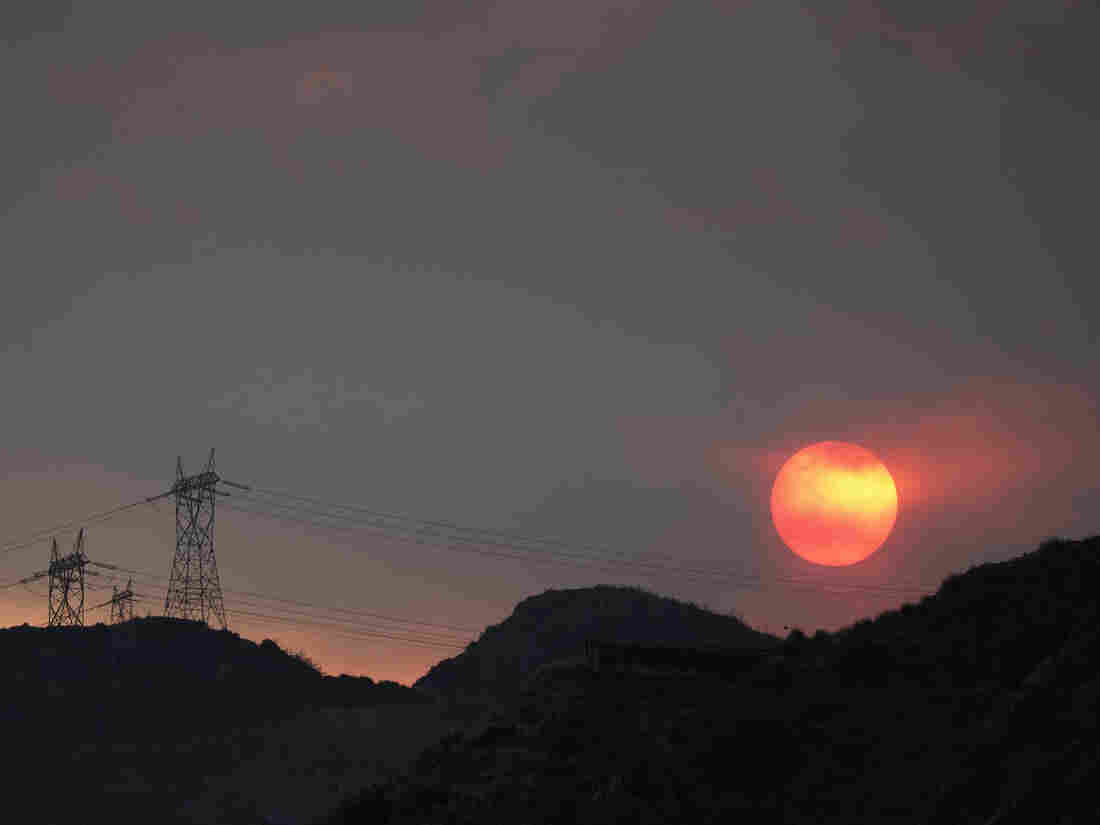 The sun sets through smoke created by the Ranch Fire this week in Azusa, Calif. The heat wave will likely hinder firefighting efforts, but at least the strong winds that fuel wildfires are not expected. Marcio Jose Sanchez/AP hide caption 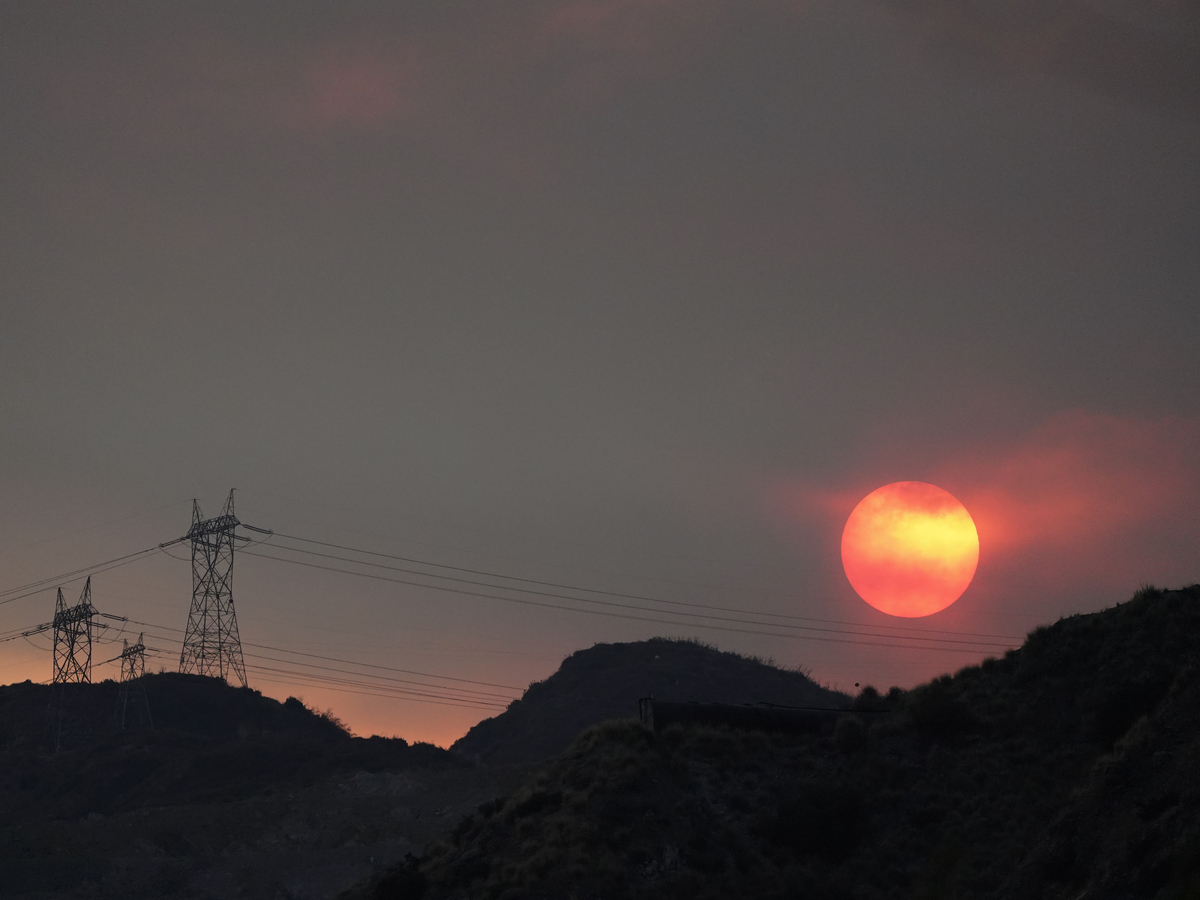 The sun sets through smoke created by the Ranch Fire this week in Azusa, Calif. The heat wave will likely hinder firefighting efforts, but at least the strong winds that fuel wildfires are not expected.

California electricity providers instituted rolling blackouts Friday night — the first since 2001 — as an intense and prolonged heat wave settled over much of the Western U.S.

Hundreds of thousands of people are believed to have experienced brief power outages through the evening, after the body that manages most of the state's electric utilities declared a Stage 3 emergency to help reduce stress on the larger grid.

Electricity demand surged through the day as temperatures topped the triple digits in many parts of the state and people cranked up fans and air-conditioning units to try to stay cool.

The emergency order was rescinded before midnight and power was fully restored to all affected households, the California Independent System Operator said in a tweet.

The ISO has terminated its Stage 3 Emergency declaration. Power that had been disrupted as part of the emergency has been restored statewide. https://t.co/Khqz7UMv55

Still, demand for electricity is expected to remain high through the weekend and well into next week. The heat wave blanketing much of California and other parts of the Western U.S. is expected to persist until at least Thursday, with many places expected to see record high maximum and minimum temperatures, according to the National Weather Service. The forecast raises questions about future electricity demand and the potential for more blackouts.

Daniel Swain, a climate scientist at University of California, Los Angeles, says the heat wave could be the worst in more than a decade.

Update: California heatwave now expected to be much more intense, prolonged, and dangerous than initially anticipated. (Hence, the new blog post.) This one reminds me of July 2006 in many ways... #CAwx #CAfirehttps://t.co/UHzYO7Mjhe

Extreme heat is a silent killer, responsible for more deaths than any other natural disaster. The Centers for Disease Control and Prevention estimates that heat kills more than 600 people in the U.S. every year.

However, a recent study by researchers at Boston University and the University of British Columbia in Canada suggests the number may actually be far higher — possibly as high as 5,600 annually — with even moderate heat waves increasing the number of deaths.

Climate change is making heat waves more frequent and more intense in the Western U.S., scientists say, and it's doing the same to wildfires.

Fire season is just beginning in California, with more than dozen blazes burning through the state. The heat wave won't help firefighting efforts, and there are concerns it could dry out vegetation in other parts of the West, setting the stage for future fires. Fortunately, strong winds — a chief driver of California's recent deadly fires — are not forecast in the coming week. But that also means that unhealthy air and higher-than-normal humidity are likely to remain in parts of the state.

Efforts to protect people from the combination of those factors as well as high temperatures are being complicated by the ongoing coronavirus pandemic. Health officials are urging people to stay at home and, in some parts of the country, communities have closed cooling centers to try to prevent the spread of COVID-19. Although that's not the case in most of California, where state and local officials have activated cooling centers to help people in need.

Many low-income families in Los Angeles lack the resources to cool their own homes, according to a recent study by researchers at the University of Southern California. In some cases, they don't have access to air conditioning. In others, they can't afford to pay for the electricity to run it.

Hundreds of thousands of Californians remain out of work because of the coronavirus pandemic, amplifying economic insecurity.