Accessibility links
Summer Of Racial Reckoning In a new three-part special, NPR examines how George Floyd, Breonna Taylor and Ahmaud Arbery became part of a rallying cry that has led the U.S. to confront the racism of its past and present. 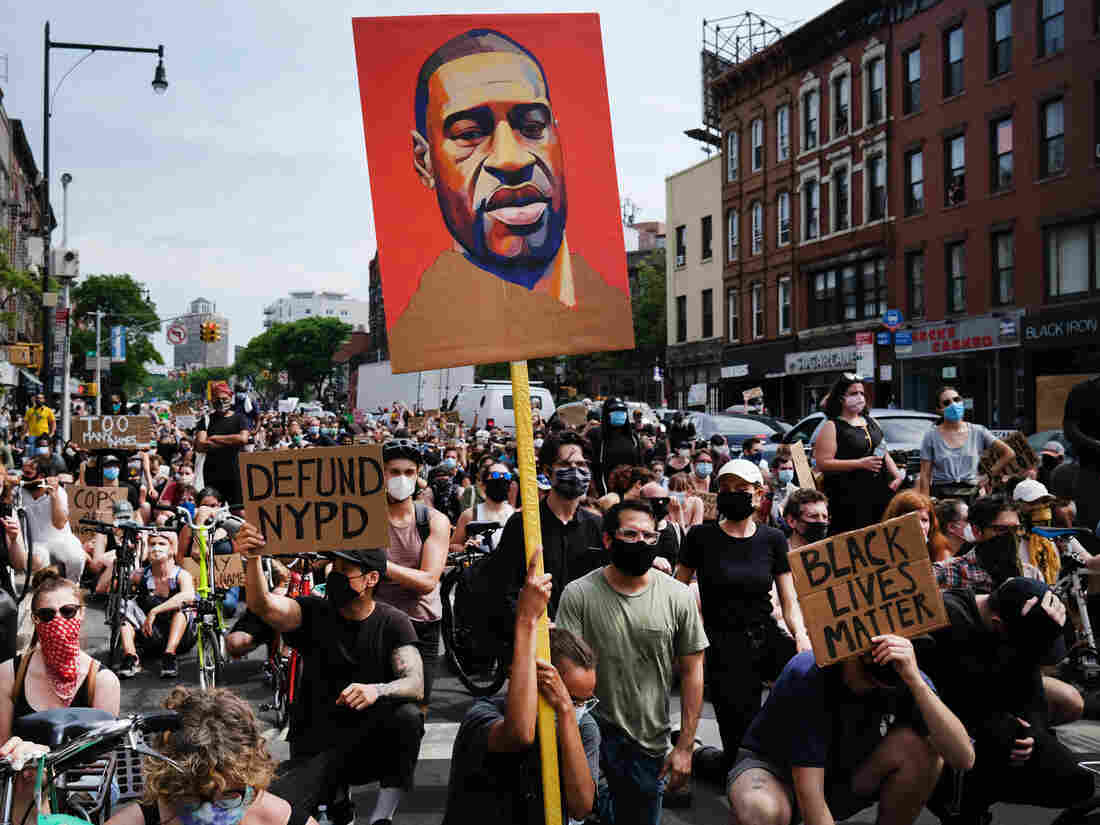 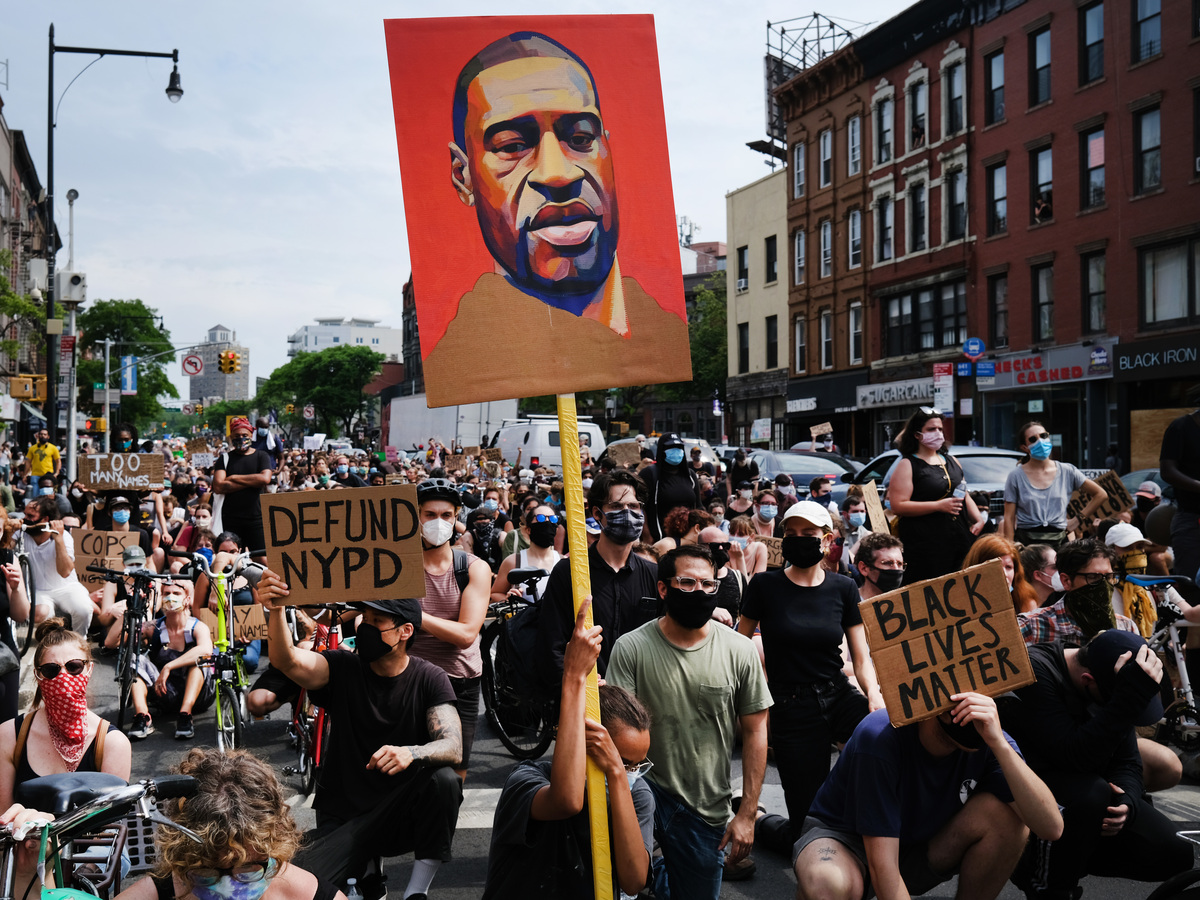 Protesters march in downtown Brooklyn over the killing of George Floyd by a Minneapolis Police officer on June 5, 2020 in New York City.

It was Memorial Day, May 25th, 2020. The coronavirus had locked down the country for weeks. Tens of thousands had died. Millions were out of work. And in Minneapolis, a 46-year-old Black man named George Floyd went to buy a pack of cigarettes.

Floyd's stop ended with a police officer's knee dug into his neck for nearly nine minutes. Floyd begged for his life, called for his mother and repeatedly told the police, "I can't breathe." His cries went unanswered and he died in police custody.

A few weeks earlier, a 26-year-old Black woman named Breonna Taylor was working grueling shifts as an EMT in Louisville, Ky. as fears and cases of the coronavirus were spreading.

On March 13th, Taylor went to sleep in her home. Late in the night, police burst into her apartment serving a no-knock warrant. Lawyers said the couple thought someone was breaking in to rob them, so her boyfriend shot at the police. They fired back, hitting Taylor eight times and killing her.

Less than three weeks before Taylor's death, a 25-year old Black man named Ahmaud Arbery laced up his sneakers and went for a run in his Brunswick, Ga. neighborhood. He was a high school football star and dreamed of becoming an electrician.

Two white men, who said they thought he was a burglar, started to chase Arbery in a pick-up truck. Another white man followed and filmed the incident. When the video later surfaced, it showed a struggle outside the truck, then one man shooting Arbery dead in the middle of the suburban neighborhood. It would be three more months, after the video leaked, until the men were arrested and charged.

George Floyd, Breonna Taylor and Ahmaud Arbery all became part of a rallying cry in cities and towns across the country, forcing the United States to confront the racism of its past and present.

Here at NPR, we've been reporting on this unique moment in the nation's history for a new three-part series called Summer of Racial Reckoning.

The series, which you can listen to below, looks back at how before their faces appeared on signs and their names became singular chants, Floyd, Taylor and Arbery lived full lives with hopes and dreams and aspirations.

Floyd's friends remembered how he volunteered for his church, lugging huge tubs for baptisms out to the basketball court in the housing project where he lived. Stephanie Square said while Floyd had seen his fair share of trouble earlier in life growing up in Houston, he had turned things around.

Taylor's family spoke about how she loved singing, playing games and cooking.

"She always said that she would be a legend. I just never imagined it would be like this," remembered her friend Erinicka Hunter.

Arbery's friends and family said he cared deeply for those around him.

"His mother said he was the life of the party. But then also, his coach says that he had this real ability to sense when his coach wasn't having a great day," Aaron Morrison, a reporter for the Associated Press, told NPR.

Summer of Racial Reckoning explores the lives of those who inspired the demonstrators; the system they're protesting against; and the way forward as protesters, police and civil rights icons see it.

Summer Of Racial Reckoning: The System