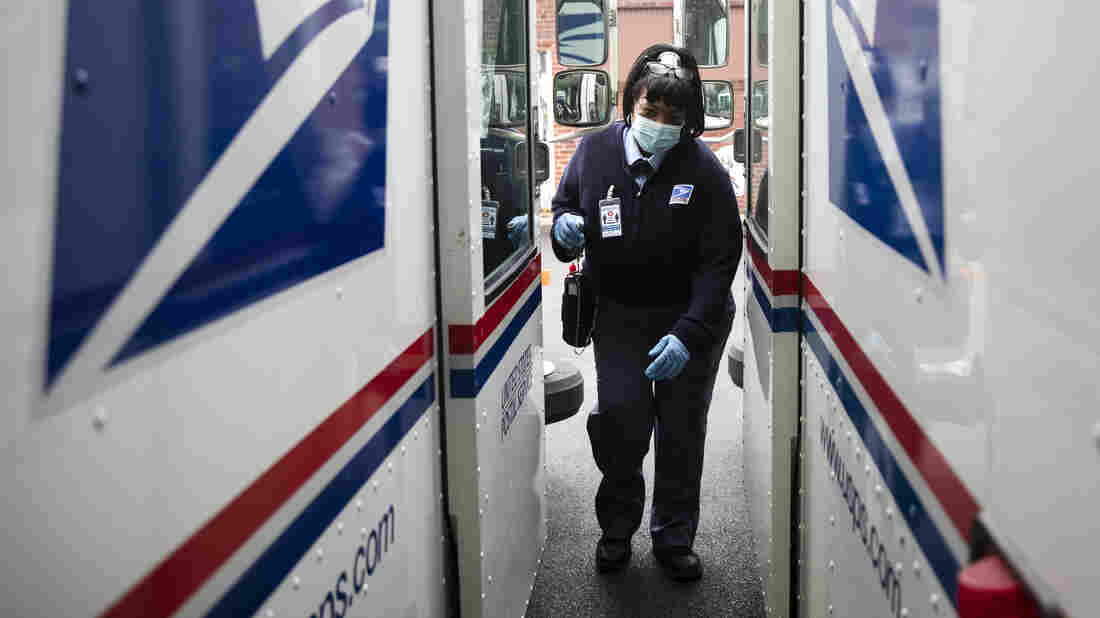 United States Postal Service carrier Henrietta Dixon gets into her truck to deliver mail in Philadelphia on May 6. Matt Rourke/AP hide caption 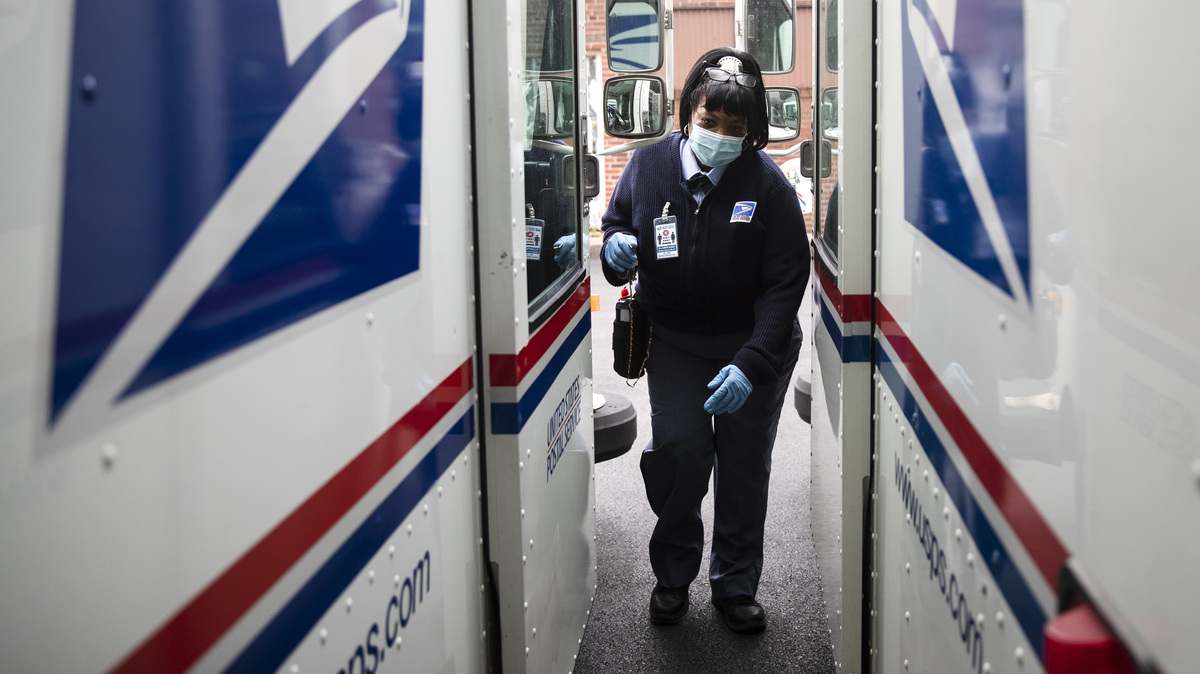 United States Postal Service carrier Henrietta Dixon gets into her truck to deliver mail in Philadelphia on May 6.

The U.S. Postal Service is suddenly at the center of a political firestorm.

The government agency — which doesn't receive taxpayer funding — is hemorrhaging money. House Democrats included $25 billion for the Postal Service in a coronavirus relief package in May but are far from reaching agreement with Republicans.

And last week President Trump said he opposes that extra funding for the Postal Service because he wants to make it harder to expand voting by mail.

The Biden campaign called the comments sabotage. House Speaker Nancy Pelosi and Senate Minority Leader Chuck Schumer accused Trump of being willing to "manipulate the operations of the Post Office to deny eligible voters the ballot in pursuit of his own re-election."

This comes as the newly appointed Postmaster General Louis DeJoy faces bipartisan criticism over changes he says are to cut costs and improve efficiency. Democratic Rep. Gerry Connolly of Virginia, who chairs the House Government Operations subcommittee that oversees the Postal Service, told NPR's All Things Considered that the changes DeJoy has implemented "can only have the effect of delaying the mail."

But political interference in the U.S. Postal Service isn't new, according to Winifred Gallagher, the author of How the Post Office Created America. She talked with NPR's Weekend Edition about how political debate about the USPS is almost as old as the institution itself.

On how the USPS became America's favorite government service

I would date it to 1792. That's when our post office became truly unique. George Washington, Benjamin Rush and James Madison decided to use the postal network to create an informed electorate. This was very radical. Europeans were horrified. These founders devised this kind of Robin Hood scheme that used the high cost of postage to send letters, to subsidize the cost of mailing cheap uncensored newspapers to every citizen so that they could understand public affairs before they cast their votes.

Actually, they didn't interfere with postal operations very much until Andrew Jackson became president. He created what is called the spoils system. So he also made the postmaster general a very powerful Cabinet officer and installed his political cronies in that position. And for nearly a century and a half, this spoils system allowed whichever party won the White House to reward its supporters with tens of thousands of jobs.

On how we got to this moment

I would date the current crisis to the 1980s, when a very timid USPS management and Congress fatefully decided not to shift from letter mail to email. They could have given Americans digital addresses the same way they gave us our physical street addresses. And in fact, of course, as everyone knows, by 2001, email had drastically reduced the volume of first class letter mail, and then that crisis was worsened further by the really disastrous Postal Accountability and Enhancement Act of 2006, which restricted the Postal Service's ability to offer new services or adjust its pricing to its cost and, worse, required it to prefund its retiree health care benefits decades into the future, which created billions of dollars of debt. And that is what has prevented the post office from turning a profit for the past six years.

Elena Schwartz and Martha Ann Overland produced and edited the audio version of this story.