Accessibility links
Heat Wave Update: Death Valley Temps Hit 130 Degrees Any visitors to the national park are getting blunt advice: "Travel prepared to survive." It's part of a heat wave that is forcing rolling blackouts in the West.

130 Degrees: Death Valley Sees What Could Be Record Heat

130 Degrees: Death Valley Sees What Could Be Record Heat 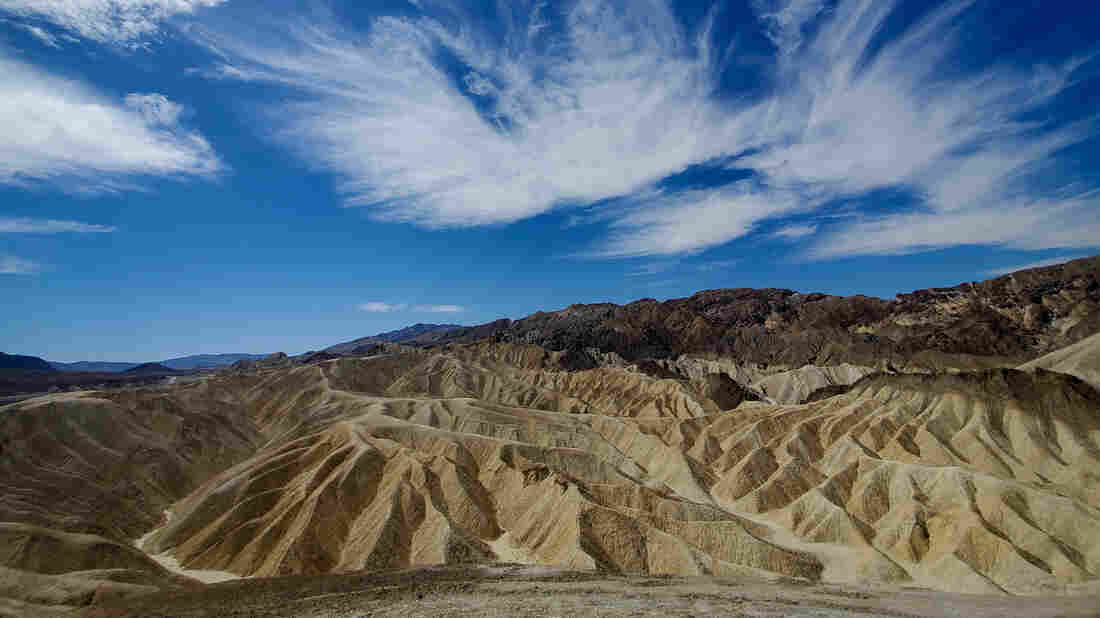 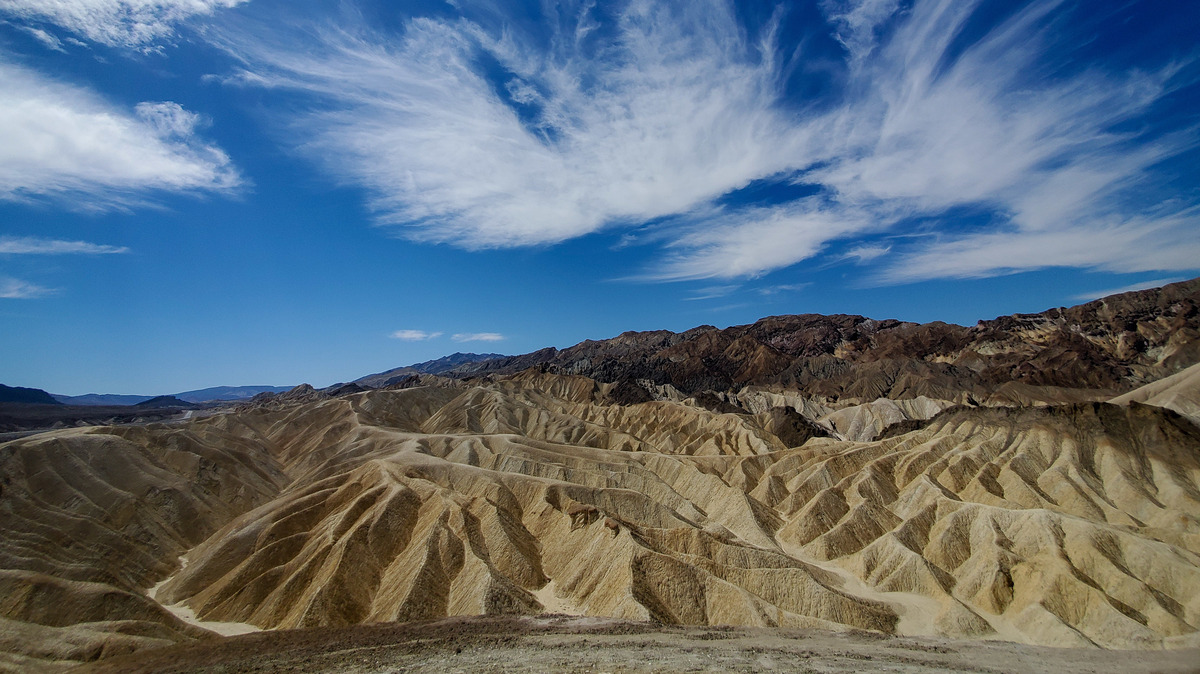 A monitoring station at Death Valley National Park measured a temperature of 130 degrees Sunday — likely a record for August in the park, the National Weather Service says.

The temperature at Death Valley National Park hit a scorching 130 degrees on Sunday, marking what could be the hottest temperature on Earth since at least 1913, the National Weather Service says. Any visitors to the park are getting blunt advice: "Travel prepared to survive."

The 130 degrees recorded at the Furnace Creek Visitor Center is the hottest August temperature ever recorded at the national park, which sits along California and Nevada's border. Weather experts say it could also be the world's modern-era high, because Death Valley's 1913 record of 134 degrees has been disputed as unreliable.

Yesterday's incendiary temperature reading was not taken by a human (phew!), but by an automated observation system. The preliminary reading is now in the process of being officially verified.

"As this is an extreme temperature event, the recorded temperature will need to undergo a formal review," the National Weather Service office in Las Vegas says.

Per the climate data in xmACIS2, this is the first time since 1913 that Death Valley has reached 130F. In July 2013, it last reached 129F. If valid, it would be the hottest August temperature at the site by 3F. @NWSVegas pic.twitter.com/gZNBW4NXI4

Parts of Death Valley National Park remain open to visitors and campers. But the park service advises anyone who wants to go on a hike to complete their trip by mid-morning, because of the intense heat.

"Drink plenty of water and carry extra. Avoid hiking (after 10 am). Travel prepared to survive," the agency says.

In addition to the National Weather Service, the World Meteorological Organization says it will also verify Sunday's temperature in Death Valley.

WMO will verify the temperature of 130°F (54.4C) reported at Death Valley, California, on Sunday. This would be the hottest global temperature officially recorded since 1931. pic.twitter.com/AOaWHKWVKJ

Many experts are referring to Sunday's eye-catching high as being the hottest "reliably recorded" temperature, reflecting widespread doubts about the validity of the 1913 record of 134 degrees.

The 1913 mark has been most prominently questioned by meteorologist Christopher Burt, who for years served as the weather historian of the website Weather Underground.

"I look back at that record with a little bit of skepticism," Burt told NPR in 2016. He noted that when Death Valley set the record in 1913, it wasn't during a regional heat wave. Adding to his doubts: The same facility also recorded two other 130-plus temperatures that same July.

After a review, Burt wrote earlier this summer, he and a colleague "conclude with certainty that the actual hottest temperature ever reliably measured on Earth is 54°C (129.2°F), shared by Death Valley on June 30, 2013 and Mitribah, Kuwait on July 21, 2016."

Much of the western U.S. is currently enduring an intense heat wave, straining electrical grids and raising wildfire concerns. On Friday, California's electricity providers instituted their first rolling blackouts since 2001.

"A persistent, record-breaking heat wave in California and the western states is causing a strain on supplies," the agency that manages California's electrical grid said on Sunday as it warned residents to plan for potential outages.

The California Independent System Operator issued a Flex Alert, calling on electrical customers to voluntarily reduce their electricity consumption from 3 p.m. to 10 p.m., starting Sunday and running through at least Wednesday.

Forecasters believe temperatures should start to dip by the tail end of the week. But they also warn that the current spell of broiling temperatures could be as harmful as the deadly heat wave that struck the U.S. in 2006.

"I think this heat wave is likely to rival the July 2006 event when all is said and done," climate scientist Daniel Swain of UCLA's Institute of the Environment and Sustainability says via email.

Heat waves and extreme heat events are expected to become more frequent and intense as the Earth's climate warms.

Average annual temperatures have already risen by more than 1 degree Fahrenheit over the contiguous U.S., according to the Fourth National Climate Assessment that was published by the federal government in 2018. Extreme temperatures are expected to change even more dramatically than the average, with highs getting higher and extreme lows becoming far more rare.