Accessibility links
Postmaster General Louis DeJoy To Testify Before U.S. House Louis DeJoy, an ally of President Trump's and a major GOP donor, took over leadership of the U.S. Postal Service in May. Lawmakers have questions about his plans for an "organizational realignment."

As USPS Pressure Grows, Postmaster General To Appear For House Hearing Next Week

As USPS Pressure Grows, Postmaster General To Appear For House Hearing Next Week 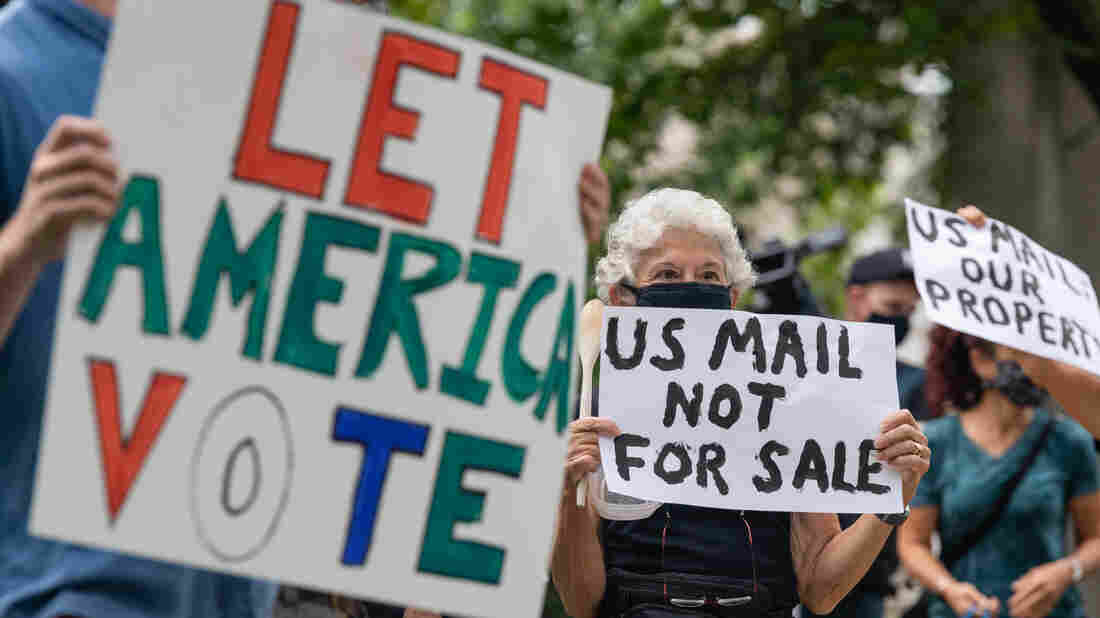 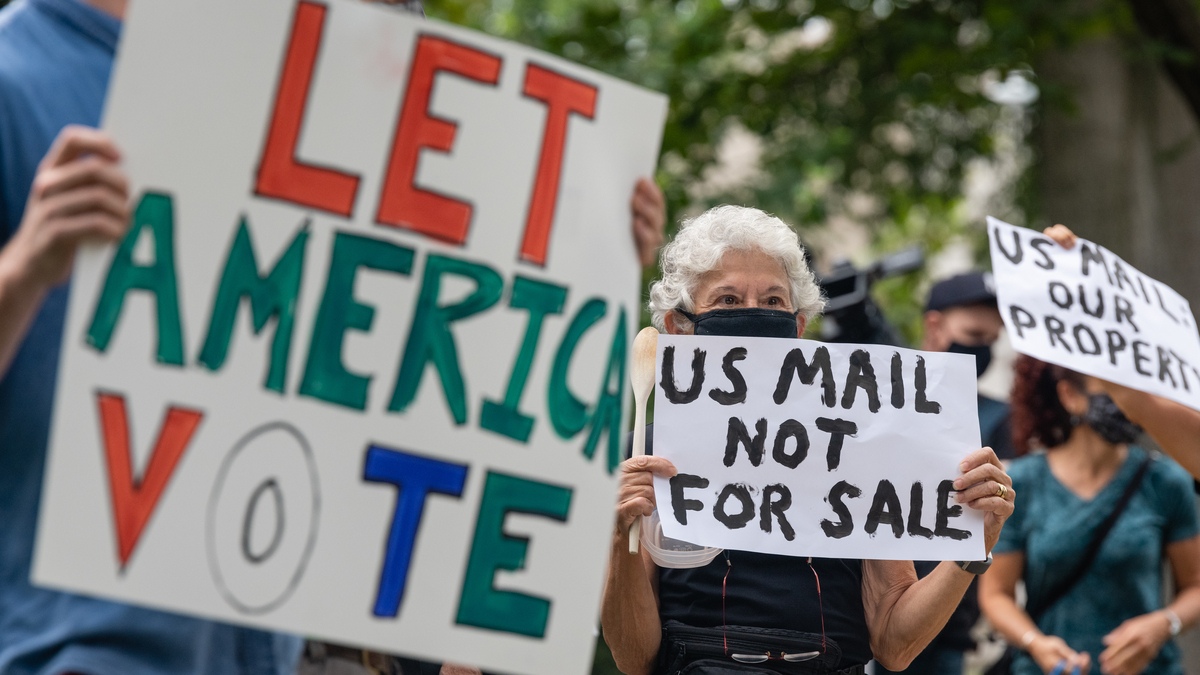 Demonstrators prepare to march Saturday to the home of Postmaster General Louis DeJoy in Washington, D.C.

Postmaster General Louis DeJoy has agreed to appear for a U.S. House Oversight Committee hearing next week as lawmakers on both sides of the aisle have voiced concern over the direction of the U.S. Postal Service.

DeJoy, who is an ally of President Trump's and a major Republican donor, took over leadership of the Postal Service in May. And pressure has grown throughout the summer for him to answer questions about his plans to "implement an organizational realignment" at the agency.

"The American people want their mail, medicines, and mail-in ballots delivered in a timely way, and they certainly do not want drastic changes and delays in the midst of a global pandemic just months before the election," House Oversight Chair Rep. Carolyn Maloney, D-N.Y., said in announcing DeJoy's agreement to testify.

The agency has long been in financial trouble, having lost $9 billion last year. But DeJoy's cost-cutting measures have drawn the ire of Democrats, who fear the cuts could disrupt the mailing of ballots ahead of the November general election. Republicans, many of whom represent rural voters dependent on the mail, are also concerned about the changes to postal delivery.

"I share the goal of putting the USPS back on a financially sustainable path; however, this goal cannot be achieved by shortchanging service to the public," Sen. Susan Collins, R-Maine, wrote in a letter to DeJoy last week.

If left unaddressed, Collins wrote, the recent service issues would not only harm her constituents but also undermine confidence in the agency and hurt its long-term viability. The agency is among the most beloved American institutions, with 91% of Americans reporting a favorable opinion of it in an April Pew survey.

Chief among the recent concerns are DeJoy's decision to cut back on overtime for mail carriers, which means late-arriving mail will more often be delivered the next day, and the removal of high-speed sorting machines.

"We are beginning to see those changes and how it is impacting the mail," Kimberly Karol, president of the Iowa Postal Workers Union, told NPR last week. "Mail is beginning to pile up in our offices, and we're seeing equipment being removed."

Concern about the changes was bubbling a month ago as they went into effect. But Trump's comments last week, in which he seemed to tie USPS funding to his hope of hampering mail-in voting expansions nationwide, drastically increased the urgency for lawmakers.

House Speaker Nancy Pelosi is calling the House back into session this week to pass a bill aimed at halting any changes within the Postal Service that would affect the "level of service" this fall.

The oversight hearing with DeJoy, which was originally planned for September, was moved up to next week.

The hearing is now scheduled for 10 a.m. ET Aug. 24, and the chair of the U.S. Postal Service board governors, Robert Duncan, is also set to testify. The board oversees the Postal Service and was responsible for hiring DeJoy, a former private-sector logistics CEO.