Accessibility links
Play It Forward: Kae Tempest On Finding Hope In The Darkness And Lianne La Havas NPR's Ari Shapiro speaks with British rapper, poet and spoken word artist Kae Tempest about their ability to empathize and find hope amid darkness and an artist they are grateful for: Lianne La Havas. 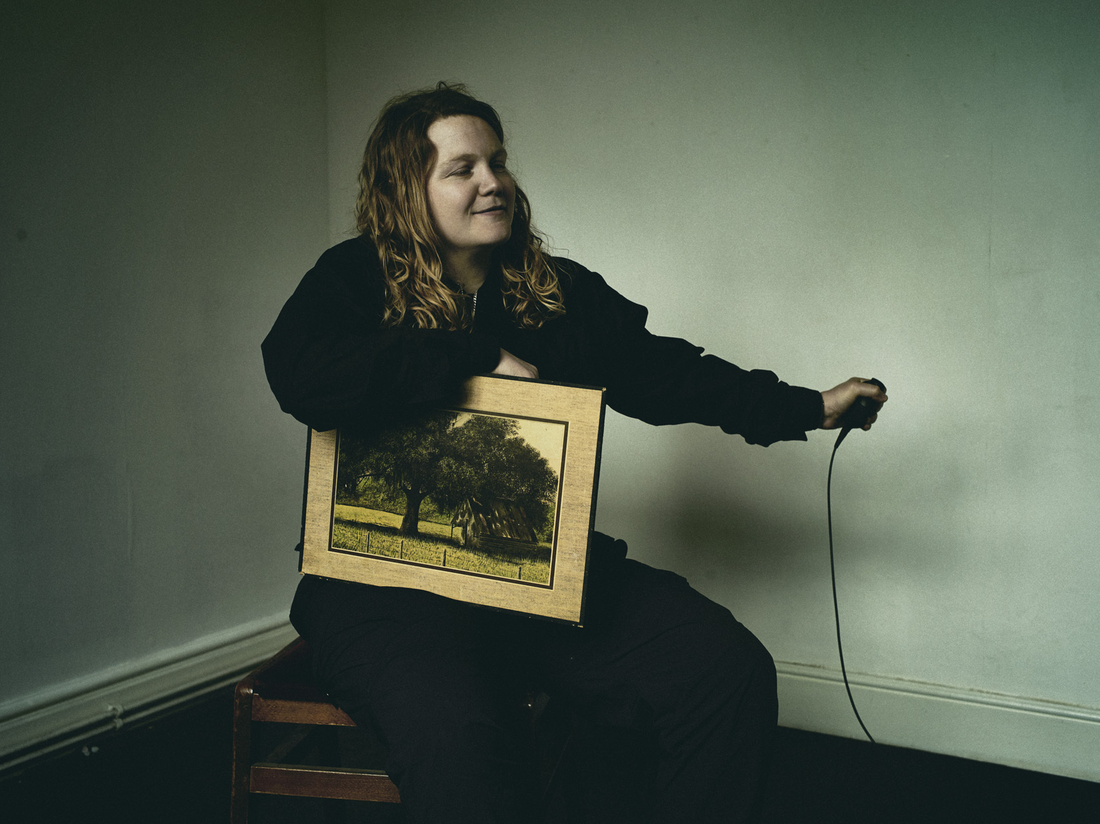 Spoken word poet and musician Kae Tempest thinks that the act of paying extreme attention allows one to be more empathetic to others and to create art that resonates beyond the present moment. Julian Broad/Courtesy of the artist hide caption 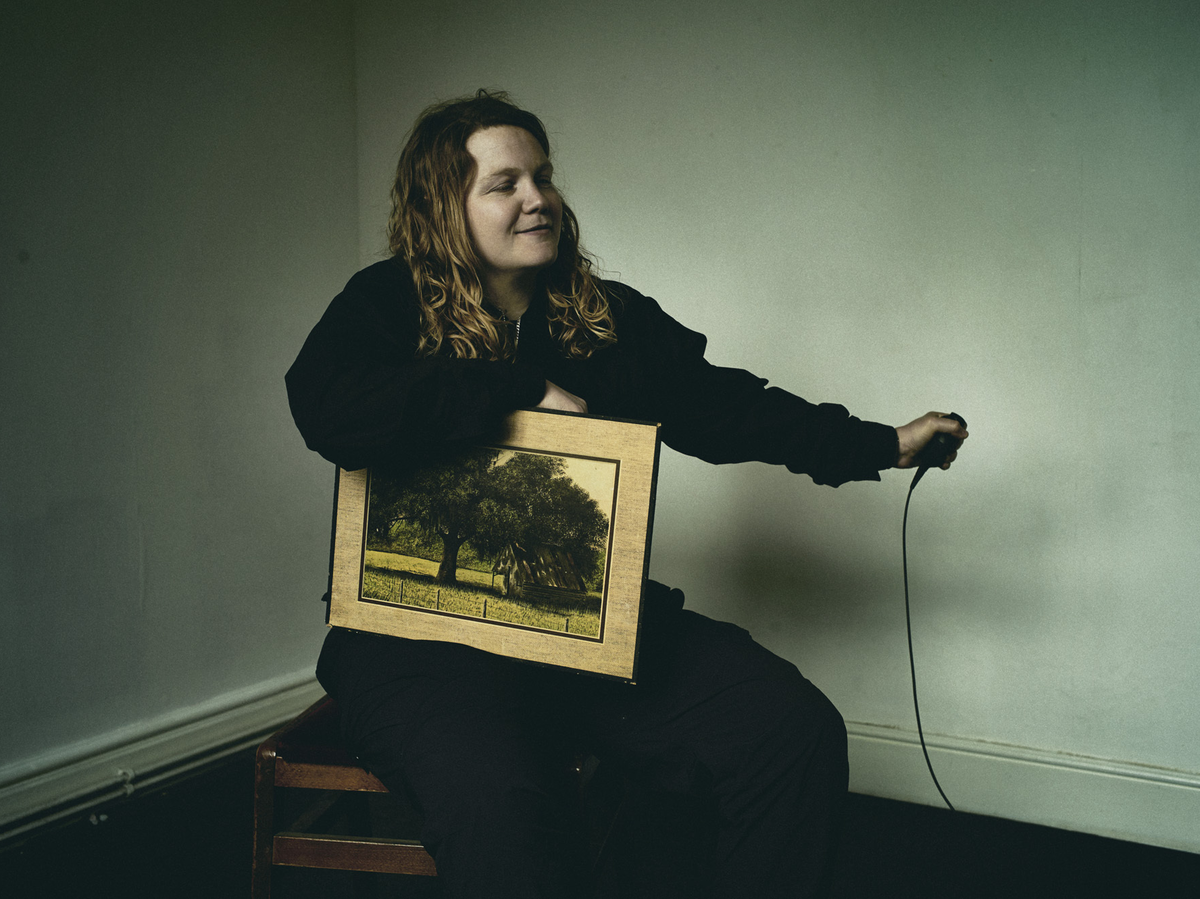 Spoken word poet and musician Kae Tempest thinks that the act of paying extreme attention allows one to be more empathetic to others and to create art that resonates beyond the present moment.

Julian Broad/Courtesy of the artist

In this week's Play It Forward, where artists tell us about their music and the musicians who inspire them, we hear from the British spoken word poet and musician Kae Tempest. In last week's segment, Indigo Girls' Amy Ray and Emily Saliers talked about Tempest's ability to capture small human moments in large meditations about life and the resonant way they think about love. Ray called them "a true poet," like one of the literary greats.

"You can read something that [they] wrote before what's going on right now and it applies to what's going on right now. It's like, are you a [prophet]?" Ray wondered. "I find that I have catharsis when I listen to [them] and read [their] words. I hear hope in them: The willingness for [them] to be so vulnerable makes me hopeful and the willingness for [them] to love humanity through the darkness makes me hopeful."

Tempest is humbled by the praise.

"I feel like they said some extremely beautiful things and I feel honored that people are paying such close attention to my work," they say. "I felt like what they were saying about the hope and the vulnerability — the willingness to feel vulnerable being a sign of hope — it's just a beautiful, perceptive thing to notice. What I can say? I feel lucky."

NPR's Ari Shapiro spoke to Kae Tempest about reigning in the desire to despair, the art of paying attention and the uplifting power of Lianne La Havas' voice. Listen in the audio player above, and read on for highlights of the interview. Editor's Note: NPR recorded these interviews when the artist went by the name "Kate Tempest" and used she/her pronouns. Since then, they've put out a statement saying they will use the name "Kae" and them/they pronouns. NPR has been given permission to air the interview as it was recorded.

On loving humanity through the darkness

I think it's hard work: It's a process and it's a practice. It demands a willingness to defeat the parts of you that want to go first to despair or want to go first to hurt or distrust, to actually try and override that. It's a mark of my privilege that I'm in a position that I can do that so it's definitely important that I acknowledge that, but at the same time, it's something that I live by. That's why so much of my work is about it, because so much of my life is about trying to find that balance.

On practicing empathy for other people

Empathy is about hearing other people's stories before telling your own.

It's about looking again. It's basically allowing yourself — or in fact, demanding — that you notice and feel and tune into the idea that every single person is existing at as ferocious a frequency as you are. Empathy is about hearing other people's stories before telling your own and just having an awareness of that at all times. For me personally, the practice is to look again. It's about a reanimation of a kind of a veiled existence. It's about trying to reanimate, take the veil back, look again; it's about noticing, particular attention. And as soon as I pay attention to anything ... it suddenly becomes something that's extremely beautiful and it's full of life and has a lot to teach me.

On being described as a "prophetess" by Amy Ray

For writers, we pay extreme attention — this is what I'm saying about this decision to pay particular attention. And when you do that, what you access is the present but what it looks like and reads like is prescience. It looks like you're talking about the future, but actually you're just paying attention to the present, and it happens all the time when you read novels or you listen to lyrics by people that are afflicted with the burden of being somebody who notices in such sharp frequencies what's going on. Then you explain it and you get it out of you and it seems like you're talking about future but you're not; you're just describing the moment.

On the melodic brilliance of Lianne La Havas

There is something that happens when I hear her sing, which is so uplifting. I feel like the way that she selects melody and the way that she embodies those melodies — her guitar playing, the placement of the breath in the lines that she sings — I just find it extremely uplifting and healing. She's one of these people that have put all this effort into making it appear effortless so that we can just be met with this wash of pure melodic brilliance. I just want to celebrate her because I've got so much out of her melodies.

I was lucky enough to be at the Albert Hall when she did a gig in London. And she did a cover version just with the guitar singing Aretha Franklin's "Say A Little Prayer." I mean, that's a challenging song to cover, right? But it was such a beautiful moment. I just hear somebody enjoying the beauty of music; like what a beautiful gift it is to have music and to play music and give music to others. I'd like to say thank you for making me feel less alone in the world and for putting your heart into everything you sing, and I'd like to say thanks for all your music.