Bernie Sanders Lays Out An Existential Choice For Progressives

Bernie Sanders Lays Out An Existential Choice For Progressives 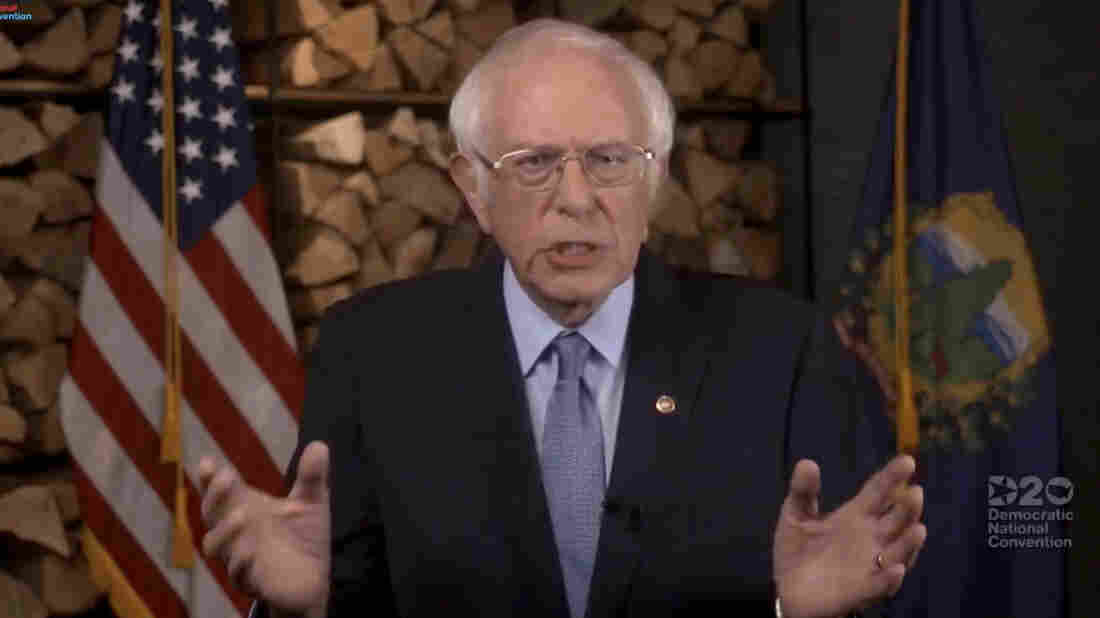 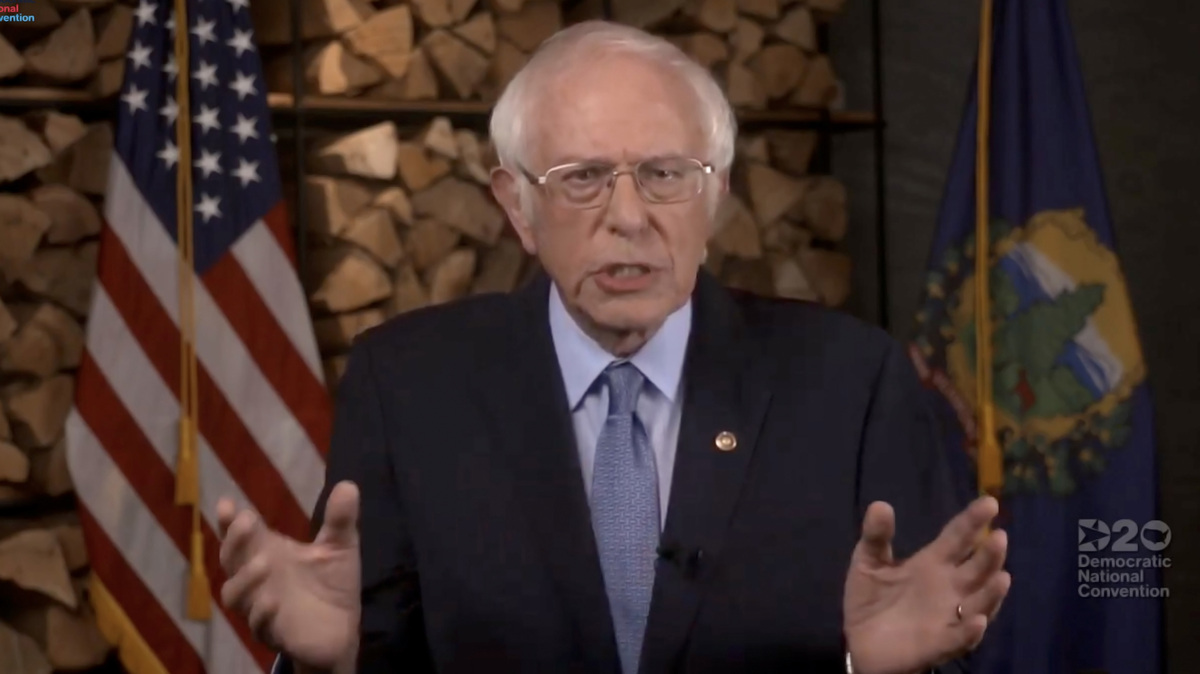 Urging his progressive supporters to back former Vice President Joe Biden in November, Vermont Sen. Bernie Sanders framed the presidential election as an existential — maybe even apocalyptic — moment for the United States.

Pointing to President Trump's attempts to cast doubt on the election result, threats to withhold funding from the U.S. Postal Service to hinder mail-in voting, and the force that members of the National Guard and federal officials used to confront and disperse unarmed protesters earlier this summer, Sanders warned: "My friends, the price of failure is just too great to imagine."

7 Takeaways From The 1st Night Of The Democratic National Convention

Michelle Obama Rips Trump As 'Clearly In Over His Head'

How It Unfolded: Night 1 Of The DNC

Speaking directly to his core supporters, Sanders also worked to validate Biden's progressive credentials — a sharp shift from the closing weeks of the Democratic presidential primary.

Sanders and Biden were the final two candidates of a primary field that at one point hit two dozen. As the field narrowed, Sanders amped up his criticism of Biden's legislative record, especially votes in favor of free trade deals like the North American Free Trade Agreement and to authorize the 2003 Iraq War. Sanders repeatedly questioned whether Democrats would be excited to show up and back Biden in the fall.

Throughout the race, Sanders made a point to avoid personal attacks against Biden, and to repeatedly promise to support and campaign for Biden if he emerged as the Democratic presidential nominee. Many people who backed former Secretary of State Hillary Clinton in 2016 questioned whether or not Sanders would stick to his word, remembering the last election's long, bitter primary and Sanders' at times lackluster support for Clinton afterward.

But after Biden built an overwhelming delegate lead, Sanders made good on his promises. He conceded and quickly shifted gears, campaigning alongside Biden virtually, and helping create a policy committee that was ultimately responsible for crafting large chunks of the platform Democratic delegates will approve this week.

"The goals of the task force were to move the Biden campaign into as progressive a direction as possible, and I think we did that," Sanders told NPR the day the Biden and Sanders appointees released their work. "On issue after issue, whether it was education, the economy, health care, climate, immigration, criminal justice, I think there was significant movement on the part of the Biden campaign."

On Monday night, even as Sanders conceded that he and Biden disagree on issues like whether or not to create a single, government-run health insurance program, Sanders ticked through the various progressive priorities Biden has promised to push for: a $15 an hour minimum wage; expanded guaranteed paid family leave; universal pre-kindergarten; and a fast-tracked plan to eliminate greenhouse gas emissions from the U.S. energy sector.

"Joe will move us forward," Sanders promised his supporters.