Accessibility links
Possible Mail-In Voting Snag: Missing Postmarks Thousands of mail-in ballots routinely arrive without a postmark or with one that isn't legible. Election officials have to decide whether to count those ballots and under what circumstances. 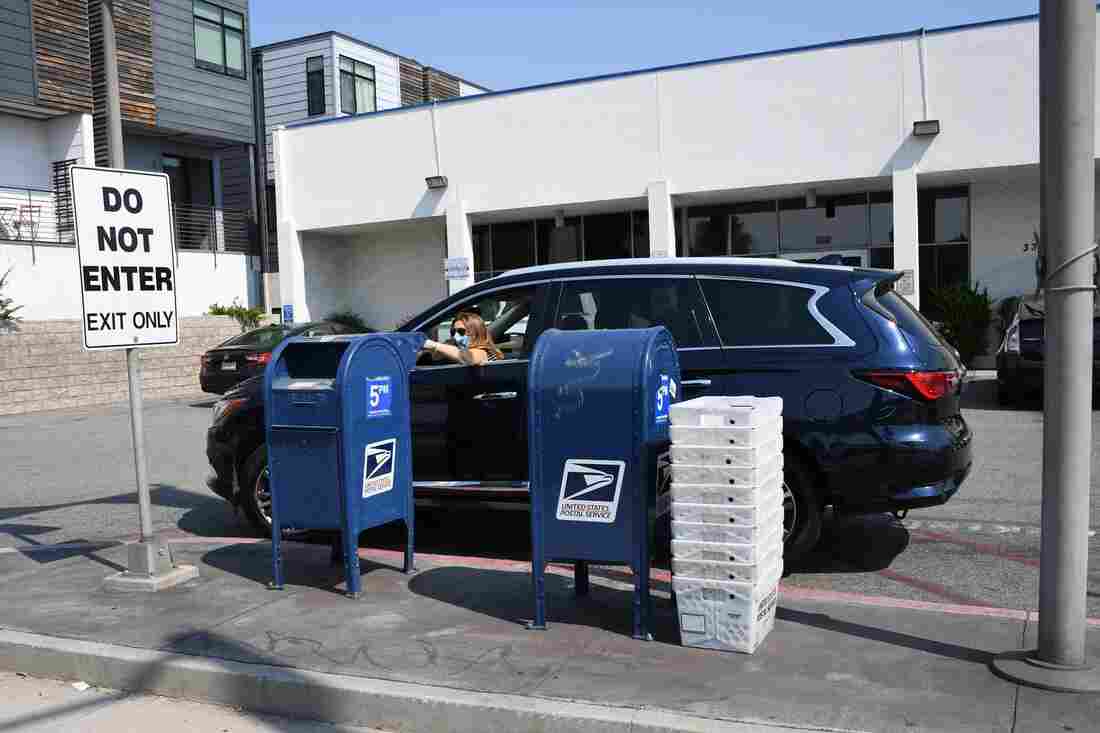 With voting by mail set for a major expansion because of the pandemic, some worry that thousands of absentee ballots could be rejected because the Postal Service may not postmark the envelope. Robyn Beck/AFP via Getty Images hide caption 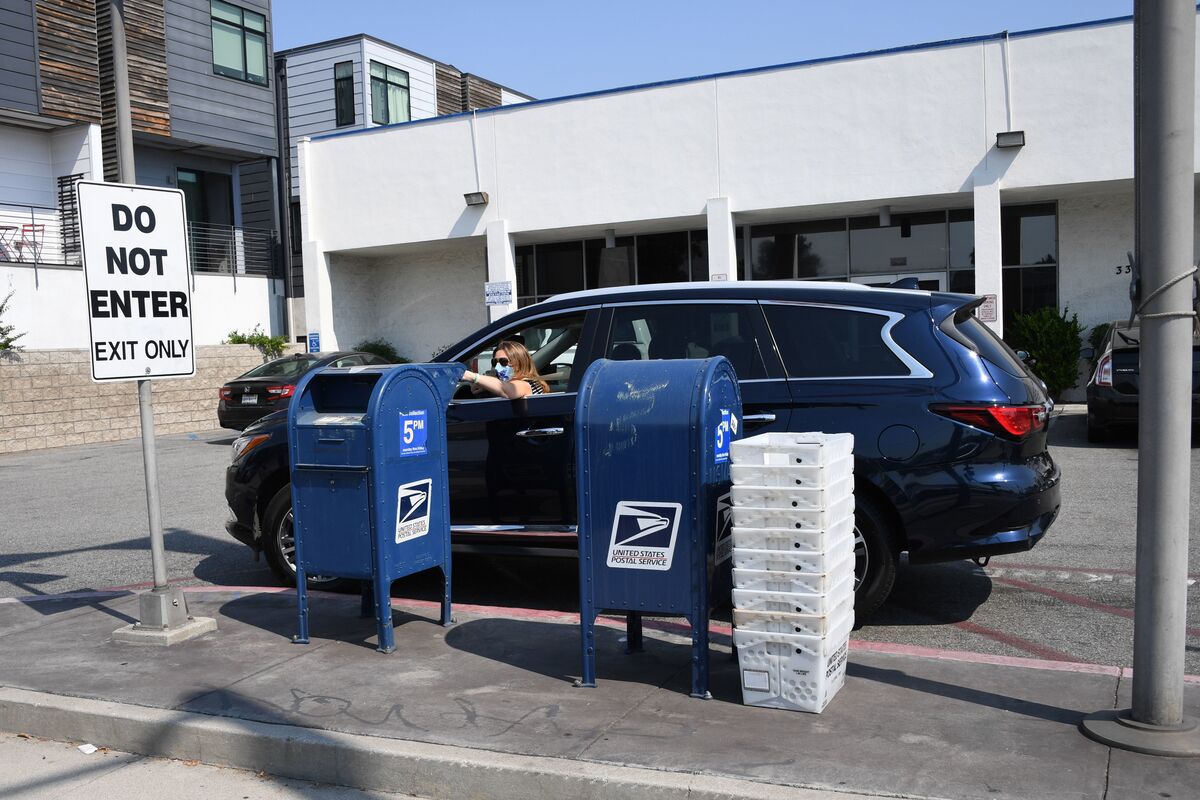 With voting by mail set for a major expansion because of the pandemic, some worry that thousands of absentee ballots could be rejected because the Postal Service may not postmark the envelope.

Cuts to the U.S. Postal Service have led to widespread concerns about mail-in ballots arriving on time in November. Tens of thousands of ballots have already been rejected this year because they were received after the deadline.

But the changes have given rise to a new problem. Thousands of mail-in ballots routinely arrive without a postmark or one that isn't legible, and election officials have to decide whether to count those ballots and under what circumstances.

The decisions are already the subject of multiple lawsuits as Democrats and Republicans try to shape voting rules for November, and they could be the focus of a lot more if election results are close.

"Any time where I think that there would be a calculus made that challenging the results, on any of these sorts of grounds, could potentially change the outcome, I think you might see additional litigation after Election Day," said Jason Snead, executive director of the Honest Elections Project, a conservative group opposed to extending the mail-in ballot deadlines.

The postmark issue emerged this year in Wisconsin's primary after the U.S. Supreme Court ruled that ballots postmarked by Election Day would count as long as they were received within five days of the election. But local clerks started seeing hundreds of ballots without the marks and weren't sure what to do. The state eventually advised that ballots without postmarks should be counted if it seemed "more likely than not" that they had been mailed on time.

A USPS inspector general's report found that many of the ballots were not postmarked when they should have been, in part because some postal workers were unaware that ballots are supposed to be treated differently than other postage-paid or bulk mail.

A similar problem arose in the June primary in New York, where a federal judge ruled after the election that thousands of ballots that had been rejected because they didn't have postmarks should be counted, as long as they had been received within two days of the election.

The decision did not change the results, but President Trump has cited what happened in New York — where it took six weeks to get a final count — as one reason he thinks widespread mail-in voting this November will be a "disaster."

States are now trying to clarify their rules. Pennsylvania election officials have asked the state Supreme Court to allow them to count ballots without a postmark as long as they're received within three days of Election Day. Virginia has adopted a similar rule, and Nevada recently passed a election law that allows for the same thing.

Democrats argue that it's not fair for a voter to have their ballot rejected if they mailed it in on time, but through no fault of their own, it didn't get a postmark. They say it's especially important to relax the rules this year, after the Postal Service warned states that it cannot guarantee that it will be able to deliver ballots on time if deadlines are too tight.

But Republicans complain that counting ballots that arrive after Election Day without postmarks undercuts the integrity of the election results. They've sued Nevada to block its law from taking effect, arguing that voters could cast their ballots after the Election Day deadline and still have them count. The co-chair of Trump's Nevada campaign, Adam Laxalt, tweeted that Democrats were trying to "steal the election."

Election officials say the possibility that someone could manipulate the results by sending in ballots after the deadline is extremely far-fetched. 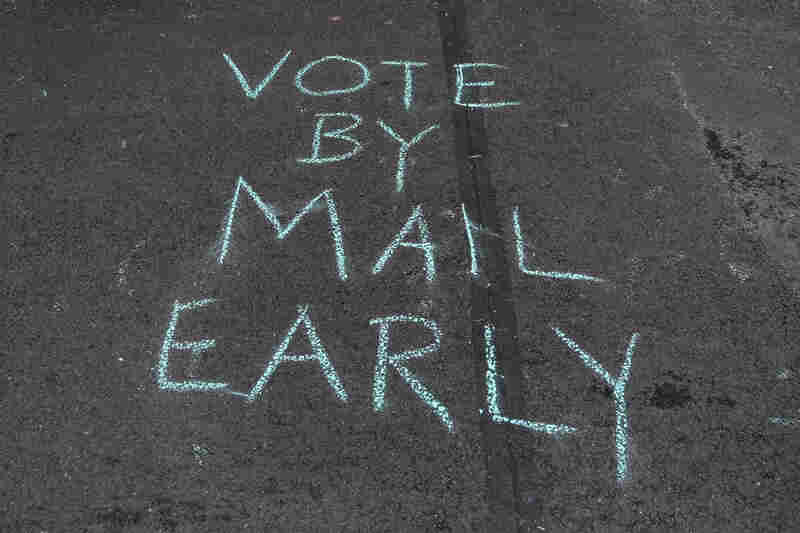 A message was left on the street outside of the condo of U.S. Postmaster General Louis Dejoy on Saturday in Washington, D.C. Michael A. McCoy/Getty Images hide caption 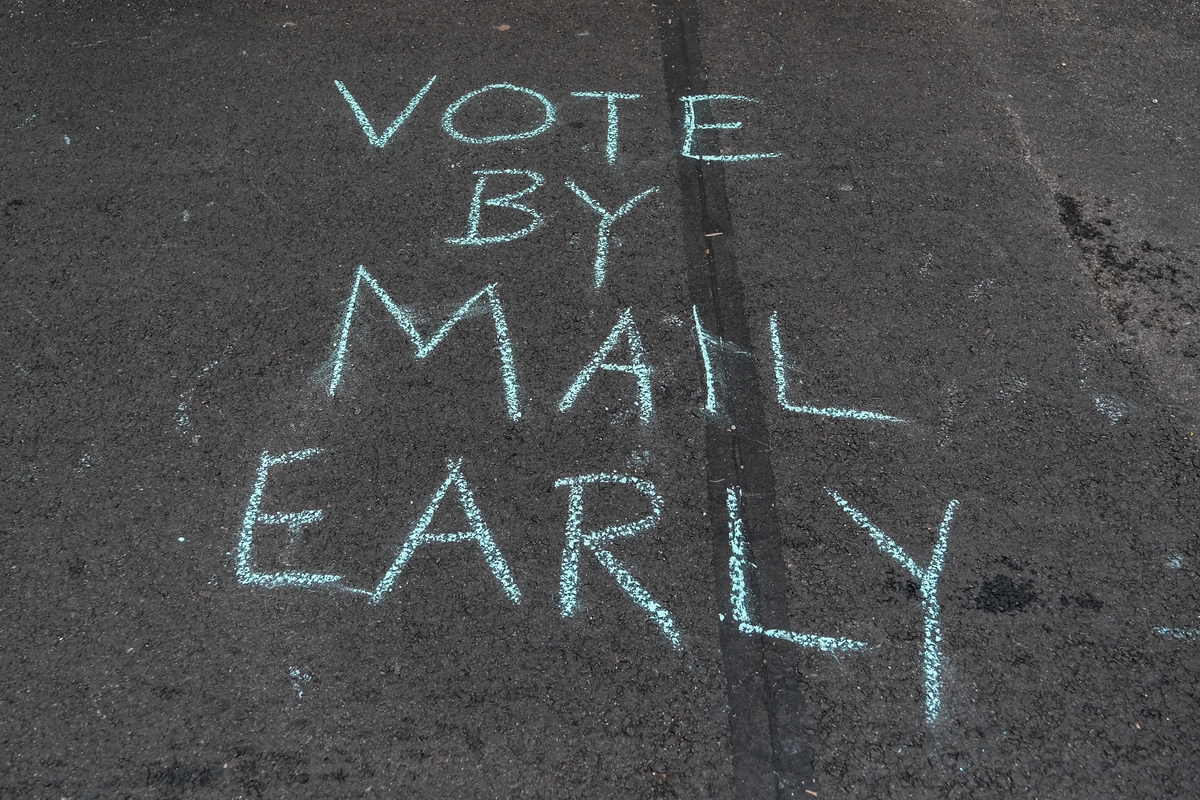 A message was left on the street outside of the condo of U.S. Postmaster General Louis Dejoy on Saturday in Washington, D.C.

"That's just quite frankly a little bit crazy, because you would have to be able to know for sure that none of them would be postmarked," said Tammy Patrick, a former Arizona election official who is now with the Democracy Fund and has been a longtime liaison between the Postal Service and election officials.

Patrick added that in fact most ballots are postmarked, which would show whether a ballot had been sent in after the deadline. "There's no action that a voter can take to prevent something from being postmarked," she said.

Still, election officials are taking a number of steps to try to avoid potential problems, including working more closely with local postal officials to make sure ballots are postmarked.

Virginia will also now include bar codes on its mail-in ballots to help monitor where they are at any given time, said Christopher Piper, the state's commissioner of elections. Many other states are doing the same.

"The state board decided because of the uptick in absentee ballots this year it was absolutely critical for the voter to have the opportunity to track their ballot as it makes its way through the process," he said.

About 6% of Virginia voters cast mail-in ballots in 2016, but the number is expected to be much larger this year because of the pandemic. The state recently agreed to count ballots, even those without a postmark, as long as they are received by noon on the Friday after the election.

Better yet, election officials say, voters should try to get their ballots in as soon as possible so they don't have to worry about missing the deadline.