Accessibility links
New Research Suggests Penguins Originated In Australia, New Zealand New research suggests that penguins' ancestors originated not in frozen Antarctica but, instead, off the coasts of Australia and New Zealand, adapting to new climes over 22 million years. 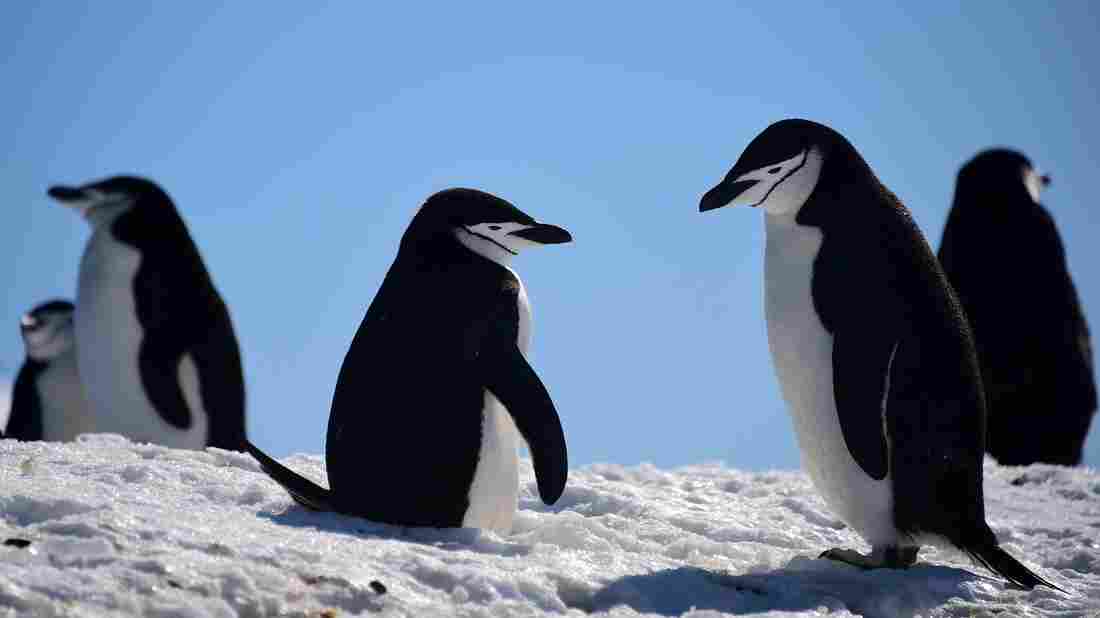 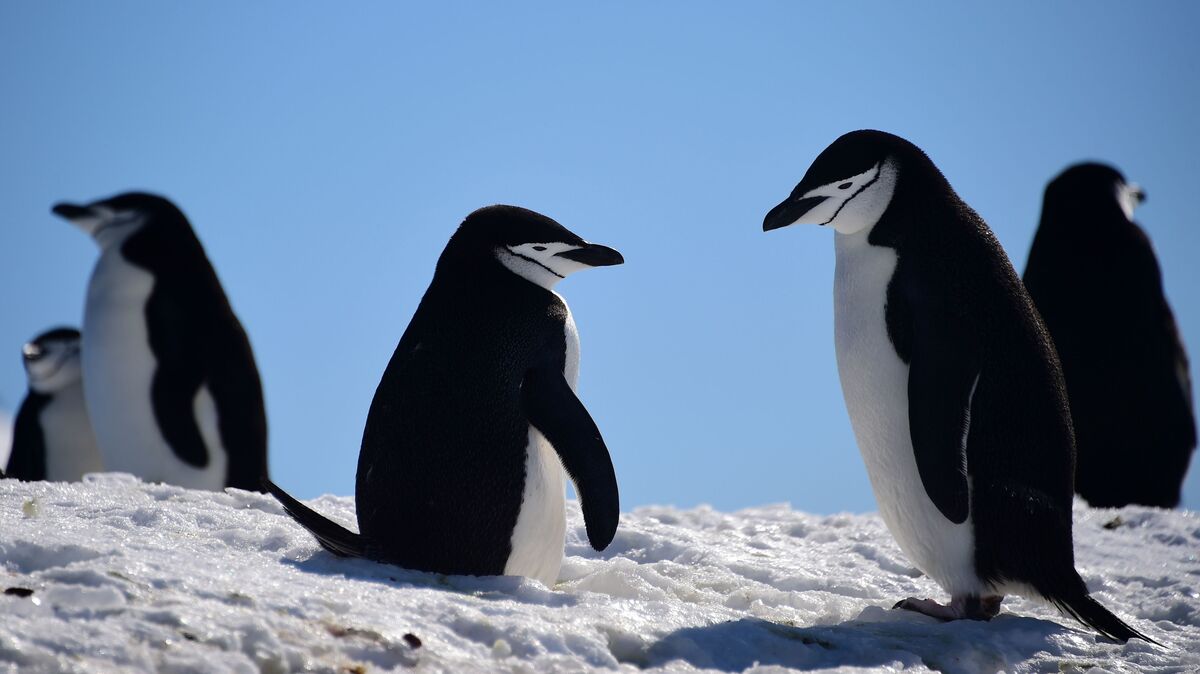 Barbijo penguins gather on South Shetland Islands, Antarctica, in 2019. But that's probably not where their ancestors lived.

Penguins are known for huddling on Antarctic ice, or marching across windswept expanses of the frozen continent. But there are at least 18 species of penguins populating the Southern Hemisphere — and many don't fit that frigid stereotype.

There are actually only two species of penguin that really love ice, says Grant Ballard, chief science officer of Point Blue Conservation Science in Petaluma, Calif. Other species, like the Galapagos penguin, perch on dark volcanic rock, and can endure blasting hot air temperatures of 100 degrees.

"You know, I'm sure they don't like that very much," he says. "It's amazing to me the range of temperature adaptation [penguins] have."

New research published this week sheds light on what gave rise to the incredible diversity of today's penguins. Reporting in the Proceedings of the National Academy of Sciences, scientists say they've pieced together genetic clues to reconstruct the 22-million-year-old evolutionary history of the seabirds.

"We've been able to resolve several long-standing questions about penguin evolution," says Rauri Bowie, one of the authors of the work. "In particular, where penguins originated."

There's long been a debate about that, says Bowie, who is a professor at the University of California, Berkeley and a curator in the Museum of Vertebrate Zoology. Did they originate in Antarctica — where they're numerous today — or closer to Australia and New Zealand, as other scientists have suggested?

After analyzing the genomes of 18 species of modern-day penguins, Bowie says his team's results suggest the common ancestor of penguins indeed first appeared off the coast of Australia and New Zealand, and nearby South Pacific islands, some 22 million years ago. 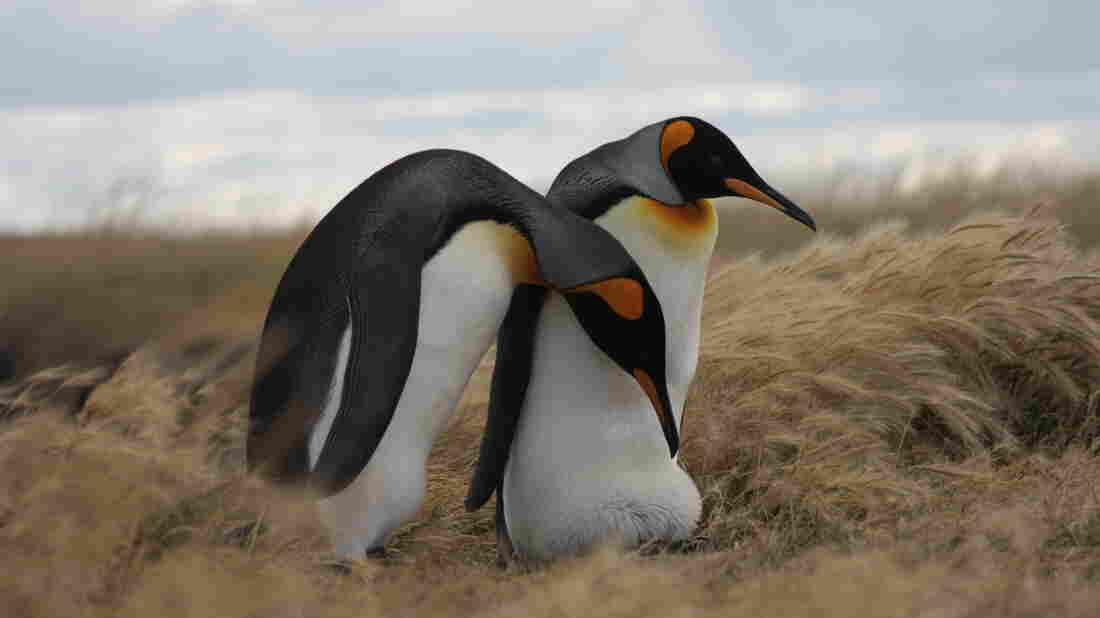 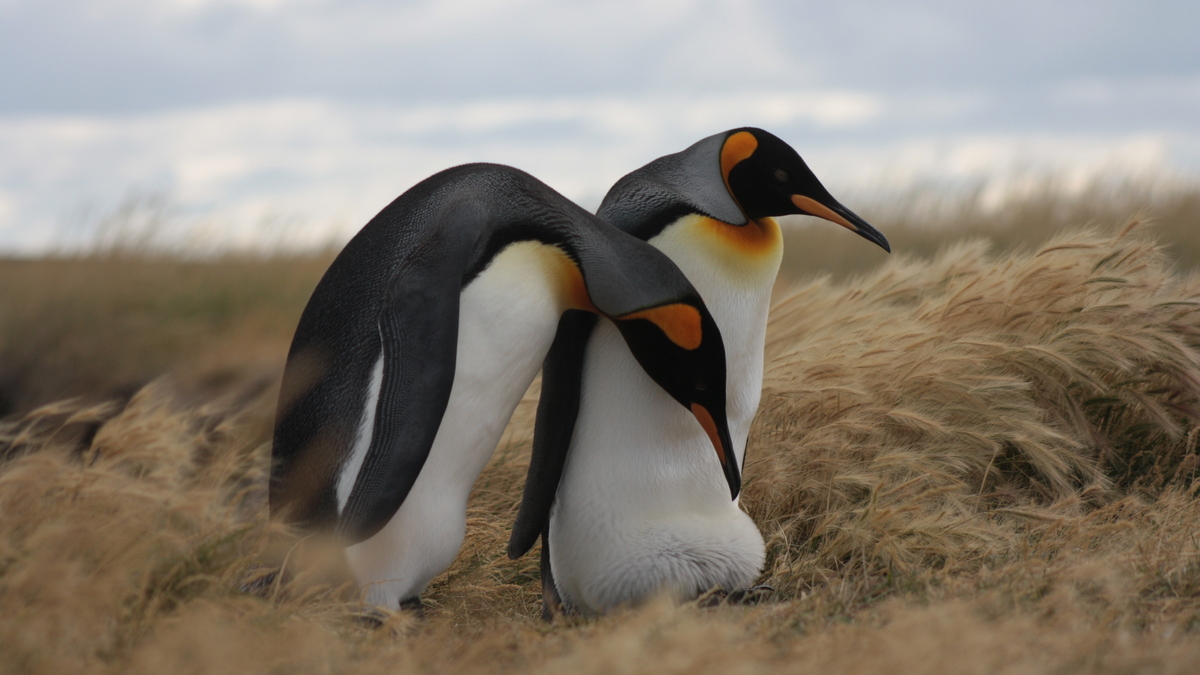 That doesn't explain their spread around throughout the world's southern oceans, of course. For that, the scientists say penguins hitched a ride on a current, circling the bottom of the world.

Penguins used this clockwise current to "colonize the Antarctica region," says one of Bowie's co-authors, Juliana Vianna, a professor who works in population genetics and genomics at the Catholic University of Chile in Santiago.

Then, about 11 million years ago, that current revved up, and the researchers say penguins used it to slingshot themselves throughout the Southern Hemisphere to places like Africa and South America, where they still are found today.

Along the way, penguins picked up genetic adaptations to help them survive in new climes. For example, Bowie says they identified changes in the way some penguins are able to use oxygen more efficiently, which may enable certain species to dive deep, between gulps of air. He says other penguins picked up superior abilities to dilate and constrict their blood vessels, to allow for better temperature regulation. And still other species evolved the ability to drink seawater.

Ballard, who wasn't involved in the work, says the scientists did a nice job piecing together geology, oceanography and biology to explain the evolution and radiation of penguins.

"I think they have a good story there, and it explains patterns that we are seeing today," he says.

Yet both he and UC Berkeley's Bowie emphasize that climate change could be outpacing penguins' ability to adapt.

"This adaptation to being able to [live] in freezing cold waters or tropical waters occurred over a period of 20 million years," Bowie says.

Now, warming waters are shifting the distribution of species penguins rely upon for food, he explains, and in some cases, that's resulted in a mass die-off of sub-Antarctic penguins.

"It's taken millions of years for penguins to be able to occupy these different habitats," Bowie says. "The oceans are warming at such a rate that we don't think they're going to be able to keep up with this warming phase."