In Hanawalt's 'I Want You,' Youthful Yearnings And Anthropomorphic Anxieties

In Hanawalt's 'I Want You,' Youthful Yearnings And Anthropomorphic Anxieties 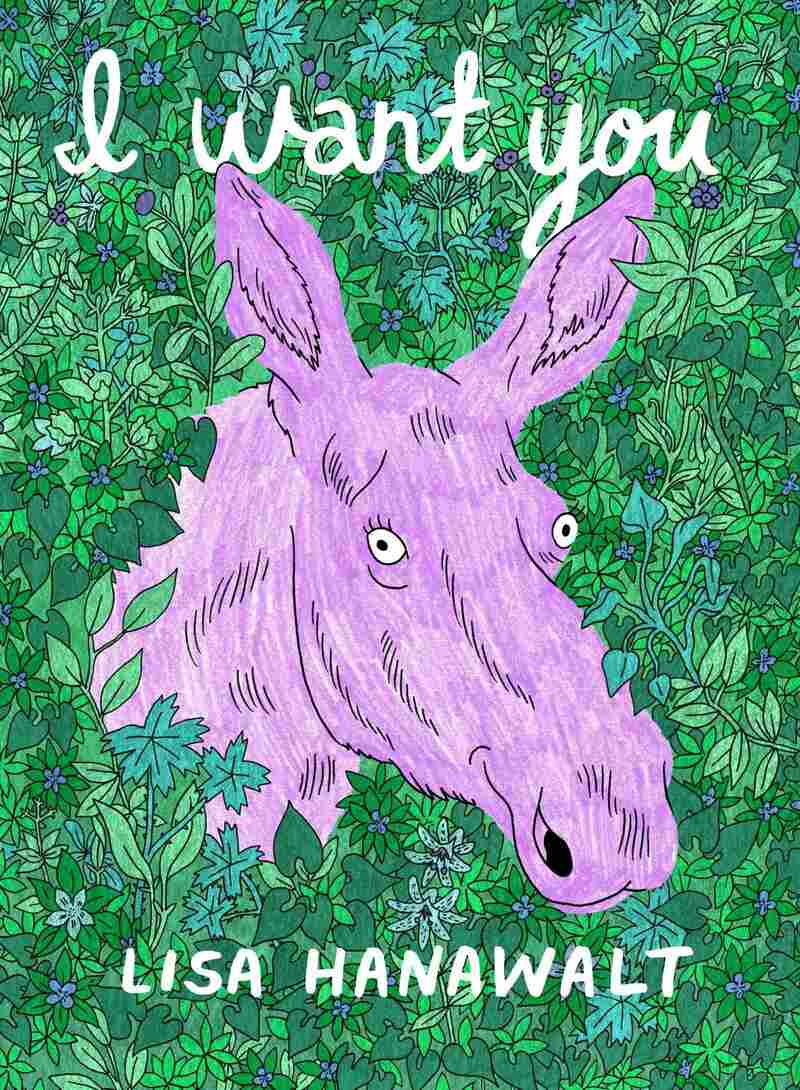 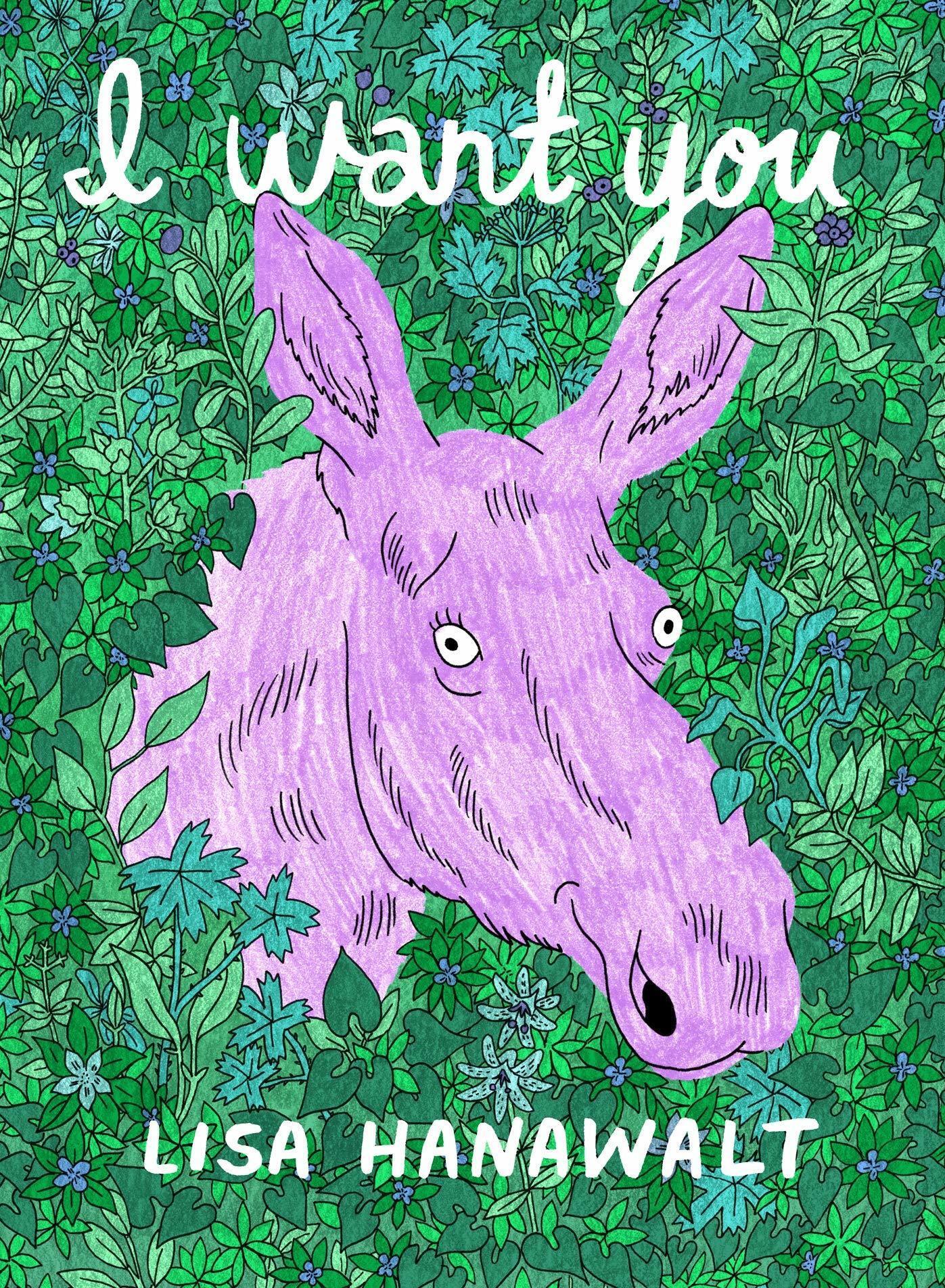 Cartoonist Lisa Hanawalt's recent work in TV animation — she designed the look of Bojack Horseman, and created the series Tuca & Bertie — is bright and bold and cartoony, shading occasionally into the absurd. But on both shows, that absurdist strain gets folded so deftly into the established visual texture that its essential weirdness ceases to register. Bojack may have been peopled with (animaled with? creatured with?) anthropomorphic cats and dogs and horses and owls and frogs and penguins, but they all walked upright, wore clothes and spent their days figuring out how to navigate careers and childcare and mortgages, just like the rest of us. And the show's Los Angeles looked much like our own — albeit with cleaner lines, sharper angles and more vibrant colors.

The world of Tuca & Bertie, which was cancelled prematurely on Netflix but is slated to return for a second season on Cartoon Network in 2021, shares the same feel. Sure, most of its characters are bird-people. But their day-to-day concerns — roommate squabbles, dreams of home-ownership, sex creeps — keep even the weirdest elements (Draca the plant-headed neighbor, say) from kicking us out of the story.

And that, right there, is the specific frequency at which Hanawalt vibrates: surreal visuals, real-world specifics.

In a new collection of Hanawalt's early minicomic work, I Want You, you can see the cartoonist's sensibilities — that penchant for slamming the manic and mundane into each other, to see what happens — coalescing into an aesthetic that belongs to her and her alone.

She started producing the I Want You minicomics back in 2009, when she was in her twenties, which might explain their disjointed quality. They're by turns funny, filthy, horny, gorgeous, grotesque and violent (the best of them are all of these things at once). She's still trying out forms and approaches, as you'd expect — smudgy pencils here, laser-precise inks there. A dispassionate list of ghastly items ("Worst Sandwiches: #1. Sandwich With Secondary Sex Characteristics") might be followed by a brief narrative jaunt featuring the character She-Moose purchasing a disquieting-looking adult toy, or simply a hyper-realistic portrait of dog sporting a crazily patterned jacket aswirl with tiny, fiddly, obsessive detail. (Issue #1 of I Want You won her the Ignatz Award for Outstanding Comic in 2010; she was the first woman to win it.)

Viewers of Bojack or Tuca & Bertie unfamiliar with Hanawalt's previous books Hot Dog Taste Test, My Damn Dirty Eyes and Coyote Doggirl might be unprepared for just how earthy her work can get — though if they enjoyed the episode of Tuca & Bertie that involved a character contracting parasites known as the Sex Bugs, here they are on page 22, in all their disgusting, hard-partying, insectoid glory.

It's a clear-eyed, open-hearted and honest addition to the collected work of a young artist who, it becomes clear, has always divided her attention between the abstruse and the immediate, the fantastic and the all-too-feasible.

Hanawalt is in her thirties now, and has created a new introduction to this collection in which she — well, a bird-woman version of herself anyway — wryly grapples with the person she was, and the work she created, back in 2009. She muses over how ill-equipped she feels to give younger cartoonists any advice ... then proceeds to dispense that advice ("And that's why you never make work for an anthology where only the editor gets paid!"), and shares a thought-map of her various obsessions, which have remained markedly constant ("Bodies (Butts, Genitals, Disease, Flaws, Fluids, Boobs); Animals (Wearing Hats); Nature (Sex Bugs, Regular Bugs)").

It's a clear-eyed, open-hearted and honest addition to the collected work of a young artist who, it becomes clear, has always divided her attention between the abstruse and the immediate, the fantastic and the all-too-feasible. Hanawalt's world is one that's as resolutely real as our flawed and hilarious bodies — yet that's always a bit feathery at the edges.