Accessibility links
EU Blasts Belarus Elections, Readies Sanctions Against Lukashenko Government The European Union says the Aug. 9 polls in which President Alexander Lukashenko claimed an overwhelming victory were "neither free nor fair and do not meet international standards." 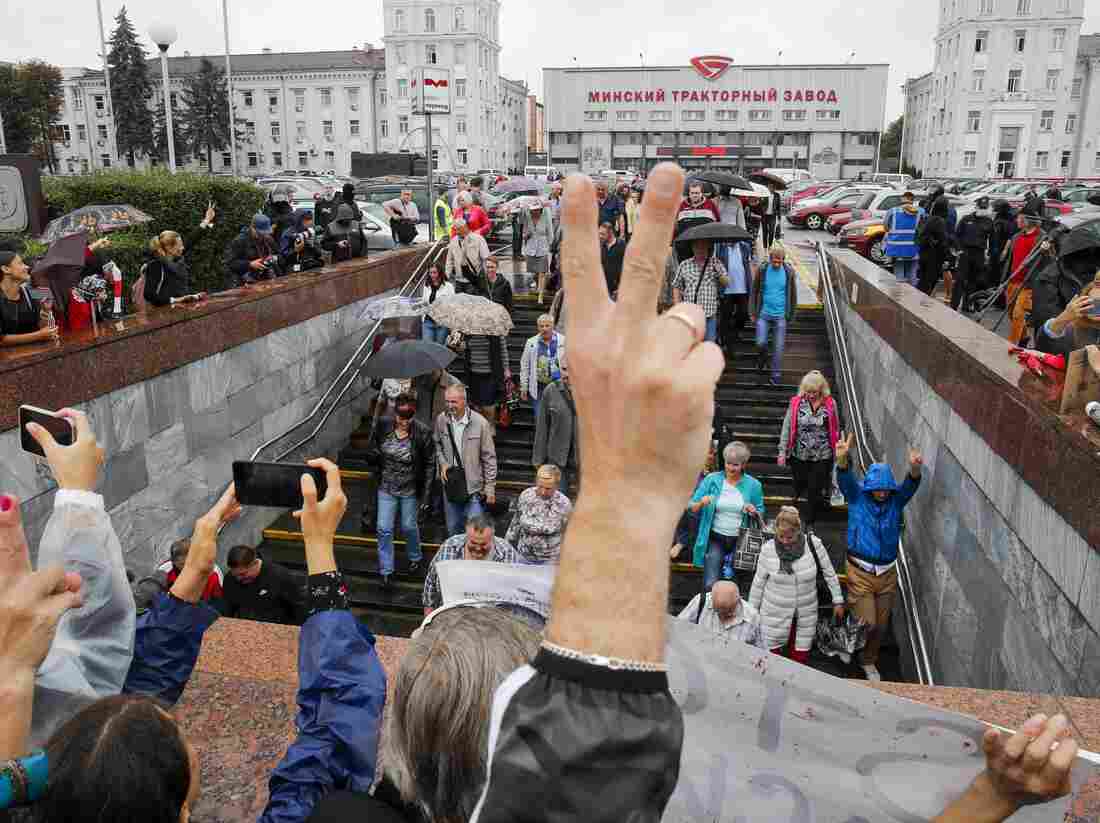 Protesters gather in front of the Minsk Tractor Works Plant to support workers leaving the plant after their work shift in Minsk, Belarus, on Wednesday. Dmitri Lovetsky/AP hide caption 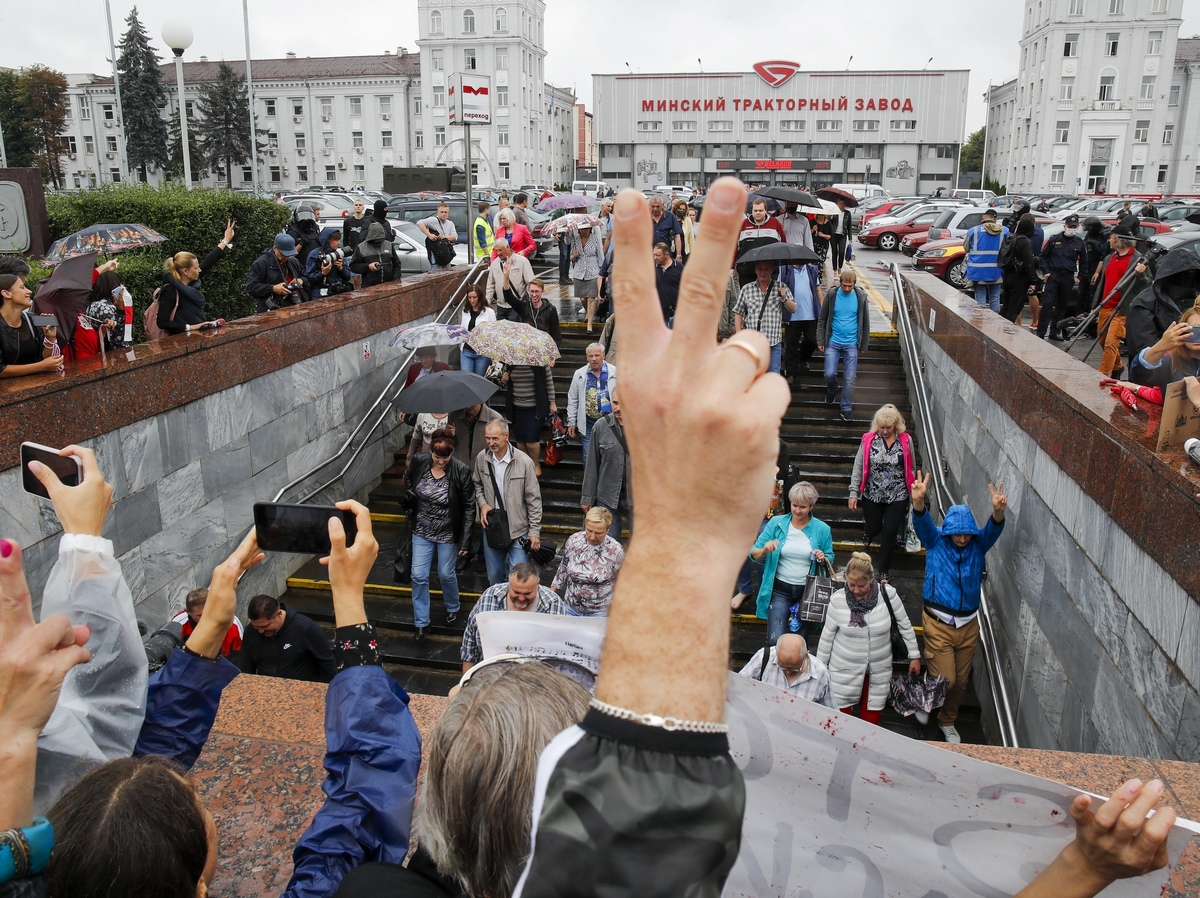 Protesters gather in front of the Minsk Tractor Works Plant to support workers leaving the plant after their work shift in Minsk, Belarus, on Wednesday.

The European Union on Wednesday said it does not recognize the results of Belarus' Aug. 9 presidential election, calling the poll fraudulent and promising to sanction individuals responsible for the violence that has followed.

"These elections were neither free nor fair and did not meet international standards," Charles Michel, the president of the European Council, said at the end of an emergency summit on Belarus held by teleconference.

"The EU will impose shortly sanctions on a substantial number of individuals responsible for violence, repression and election fraud," he said.

"The protests in Belarus are not about geopolitics," he said. "This is in the first place a national crisis. This is about the right of the people to freely elect their leadership."

"We stand firmly behind the right of the Belarusian people to determine their own fate," he added.

The vote in Belarus earlier this month, in which longtime President Alexander Lukashenko claimed an overwhelming victory amid accusations of massive election fraud, has sparked nationwide protests and a brutal crackdown by security forces.

Hundreds of thousands of Belarusians from across the country have taken part and the protests continue to grow with workers at giant state-owned factories walking off their jobs to join the demonstrations.

"The people of Belarus want change and they want it now," EU Commission President Ursula von der Leyen said at a news conference following the meeting.

Lukashenko's main opponent in the race, Svetlana Tikhanovskaya, was forced to flee the country after the results were announced. She initially conceded defeat from exile but has since since called for international mediation to resolve the political standoff.

The EU is eager to avoid a repeat of what happened in Ukraine in 2014 when the ousting of a pro-Kremlin leader led to Russian military intervention.

In recent days, Russian President Vladimir Putin has offered unspecified "security assistance" to Lukashenko's government, even as his security forces were denounced at home and abroad for violently quashing peaceful protests.

"We consider that Belarusians will iron out their own problems in the framework of dialogue, within the legal framework and without any foreign meddling," Kremlin spokesman Dmitry Peskov told reporters in Moscow.

Speaking in Berlin after the meeting, German Chancellor Angela Merkel, whose country currently holds the rotating six-month EU presidency, echoed her fellow EU leaders' remarks, saying that there is "no doubt" of "massive rule violations" in the Belarus election.

"For us, it is clear that Belarus must find its own path, that must happen via dialog in the country and there must be no intervention from outside," Merkel said.

Lukashenko also announced on Tuesday that Belarusian forces were being deployed on the western borders in response to criticism from Belarus' NATO-member neighbors there — Poland, Lithuania and Latvia.

"As part of normal, routine actions we are looking at what is happening behind our border and at the moment there are no reasons for concern," Morawiecki said at a news conference.