Accessibility links
Trump Votes By Mail In Florida After Criticizing Practice He voted by mail in Tuesday's Florida primaries but avoided the Postal Service, instead opting to give his ballot to a third party to turn in, a practice Republicans call "ballot harvesting." 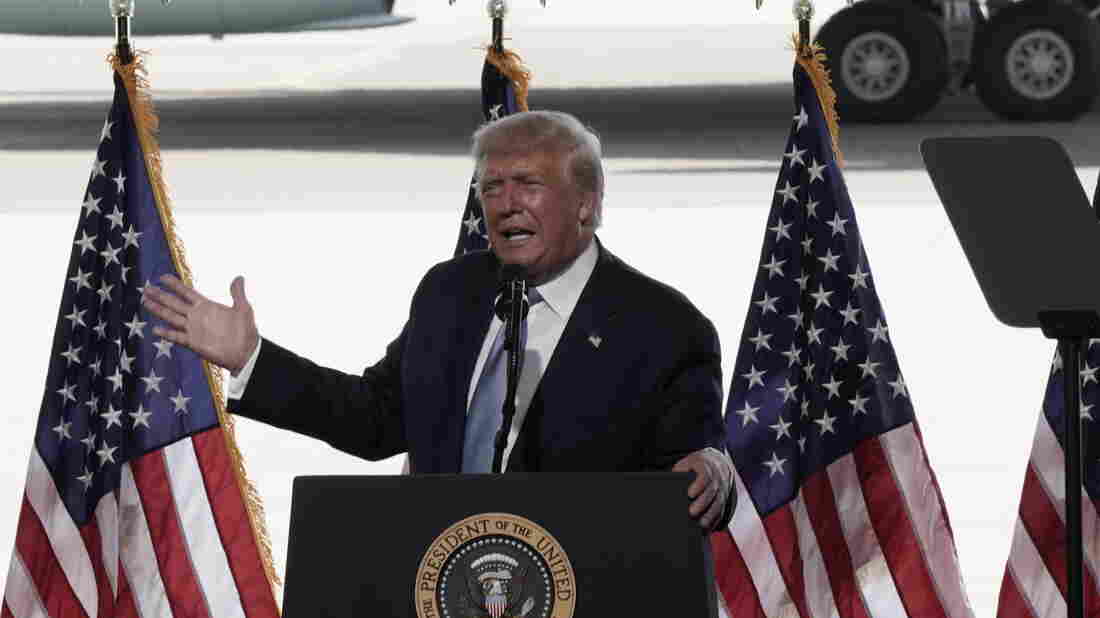 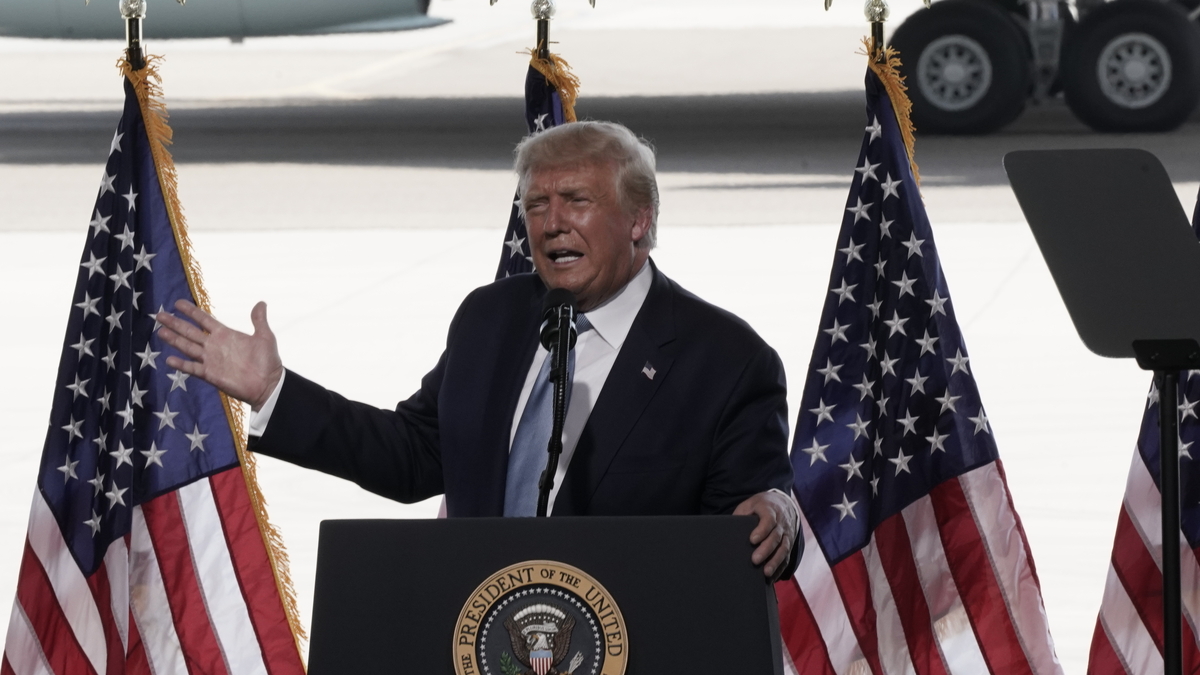 President Trump cast a vote-by-mail ballot in Florida this week after months of questioning the security of the method of voting, and in doing so he returned it to election officials using a technique many Republicans say should be illegal.

The way Trump voted shows how he's had to walk a fine line, and often tweak his language around voting, to adjust for political realities and his own behavior.

Trump submitted the Florida primary ballot by giving it to a third party to return, a spokesperson for the Palm Beach elections supervisor confirmed to NPR on Wednesday. Republicans often derisively refer to sending in a ballot this way as "ballot harvesting," and it's something Trump has criticized.

"GET RID OF BALLOT HARVESTING, IT IS RAMPANT WITH FRAUD," he tweeted in April.

House Republicans recently introduced a bill to force states (which are generally allowed to establish their own rules around voting) to make the practice of turning in a nonfamily member's ballot illegal.

Democrats, who often refer to the practice as "community ballot collection," mostly see it as helpful for vulnerable populations — one person turning in all the ballots for a nursing home or housing complex, for instance. They are suing to allow it in a number of states as part of a legal battle to make voting rules more flexible across the country in response to the pandemic.

Postmaster General Backs Down, But Democrats Press For Answers And Assurances

Some administrators argue that if an elections office offers things that make returning a ballot easier such as prepaid ballot postage and ballot drop boxes, then third-party ballot collection needn't be banned. Others argue that it's fair and reasonable to limit the number of ballots one person can turn in, as many states do.

Amid fears of slowed-down mail service, Trump's use of a third party to turn in his ballot will surely be used by Democrats, who point out that the practice allows voters to avoid using the mail for ballot return but can still be convenient and secure in some cases.

More broadly, it's another example of Trump or someone in his orbit using a ballot they received in the mail; The Washington Post counted 16 such instances in an article this summer. The American Civil Liberties Union launched an ad campaign Wednesday highlighting how Trump and members of his administration have voted by mail while fighting efforts to expand the practice for others.

In the earlier days of the pandemic, the Trump administration sought to push back against all expansions of voting by mail, arguing that people should need an excuse to vote using a mail or absentee ballot.

"I think there's a range of concerns about mail-in ballots," Attorney General William Barr said in an interview with NPR in June. "I'm not talking about a mail-in ballot for a limited number of cases where somebody, you know, is going to be traveling around the world, and the way that the state has provided for that is, you mail in your ballot."

But Florida, where Trump cast a ballot this week, describes its system as a "vote-by-mail" system, and it has not required an excuse for anyone to vote that way for nearly 20 years. Republicans there have long depended on mail votes from the older, whiter parts of the electorate, and whose mail ballots have traditionally been accepted at higher rates than nonwhite voters.

However, this year is different, perhaps due to Trump's rhetoric around voting, University of Florida political science professor Michael McDonald said.

"The numbers in Florida really are eye-popping," McDonald said. "We have at this point in time, registered Democrats outpacing the registered Republicans in mail ballot requests by over 660,000 ballot requests."

North Carolina, another battleground state, shows a similar story, with registered Democrats requesting triple the number of mail ballots that Republicans have.

Trump has tried to reverse course over the past month, saying that voters should feel confident voting using the mail in both states. White House Chief of Staff Mark Meadows said this week that Trump only has an issue with the handful of states that are proactively sending ballots to all registered voters without first making them request the ballots.

New Jersey became the latest state to announce it would mail ballots to all registered voters, quickly drawing a lawsuit from the Trump campaign Tuesday night.

"The distinction Trump is drawing between absentee balloting and 'universal mail-ins' in terms of the potential for fraud is nonsensical," tweeted Rick Hasen, a political science professor at the University of California, Irvine.

And it's also unclear if the message is getting through to Republican voters. A Wall Street Journal/NBC News poll out this week found that 11% of Trump's supporters plan to vote by mail this fall.