Accessibility links
Trump, Addressing Far-Right QAnon Conspiracy, Offers Praise For Followers The president said he didn't know much about the online conspiracy theory community, other than he believes its followers "like me very much." 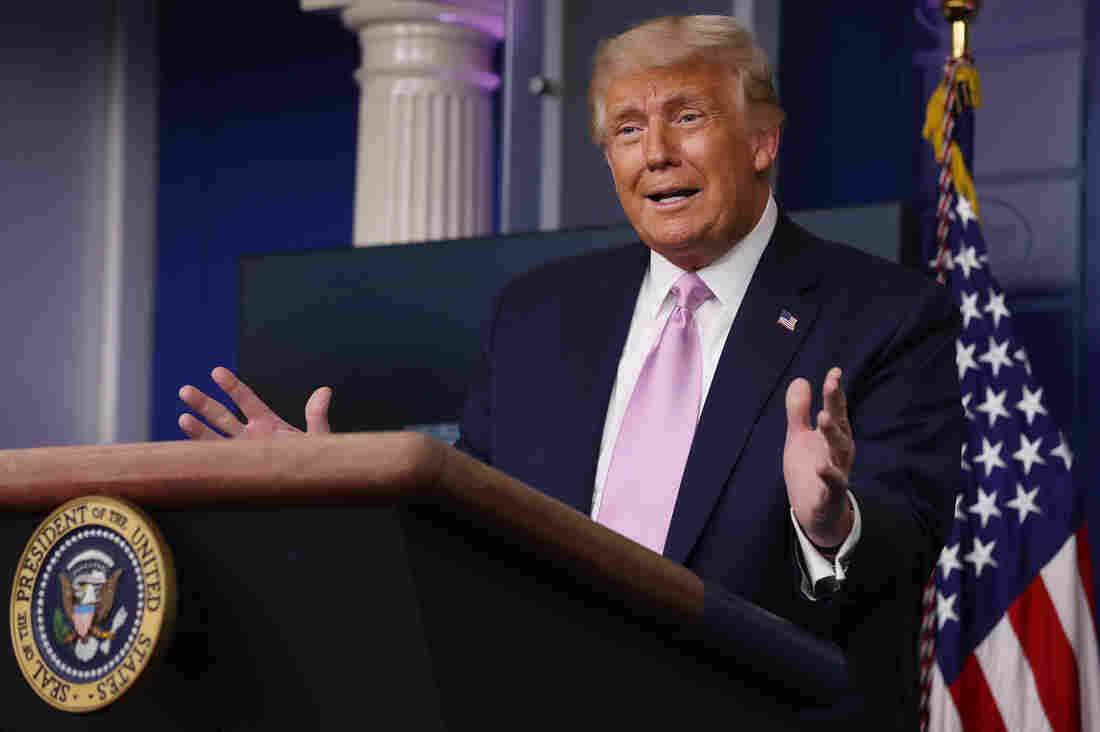 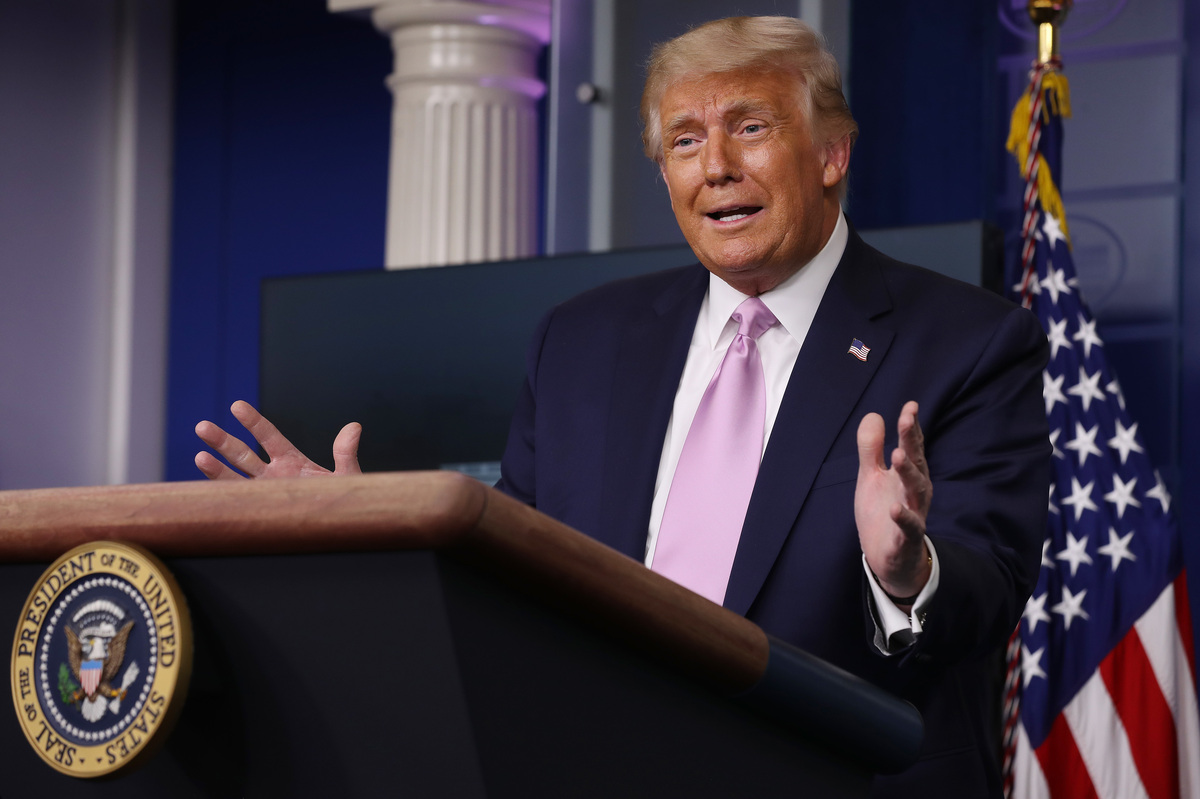 President Trump addressed the baseless, far-right QAnon conspiracy theory directly for the first time on Wednesday, saying he didn't know much about the online community and its followers other than "they like me very much."

"I heard that these are people who love our country," Trump added in response to a question about the conspiracy community during a press briefing at the White House.

When a reporter partially summed up the conspiracy theory to him — that it revolves around a false narrative that Trump is leading a secret, government-led charge against pedophiles, cannibals and satanic worshippers — Trump responded: "Is that supposed to be a bad thing?"

"If I can help save the world from problems, I'm willing to do it," Trump said.

It's the first time Trump has offered lengthy comments about the conspiracy theory, though in the past he has retweeted posts from QAnon-affiliated accounts on his Twitter account.

In the nearly three years since it first popped up on anonymous online message boards, the QAnon conspiracy has transformed from a fringe movement to a major player in far-right politics and culture.

Research from the liberal watchdog group Media Matters for America counts 20 candidates for Congress who will appear on the general election ballot in November that have either identified themselves as believers in QAnon or have given credence to its dogma.

One of those candidates, Marjorie Taylor Greene of Georgia, is almost certainly headed for the House of Representatives. Greene handily won the GOP primary in the state's heavily Republican 14th Congressional District, defeating an opponent who ran as "all of the conservative, none of the embarrassment."

Greene has professed her belief in the QAnon conspiracy, along with posting racist statements about Muslims, Hispanics and Black people online.

Many high-ranking Republicans in Congress distanced themselves from Greene before her primary. A spokesman for House Minority Leader Kevin McCarthy, R-Calif., called her views and remarks "appalling."

But after her victory, Trump tweeted his praise, calling her a "future Republican star."

Congratulations to future Republican Star Marjorie Taylor Greene on a big Congressional primary win in Georgia against a very tough and smart opponent. Marjorie is strong on everything and never gives up - a real WINNER!

While the conspiracy community originated on online message boards, its followers and believers have migrated to more mainstream platforms.

Hours before Trump's remarks on Wednesday, Facebook announced it had removed nearly 800 groups, 100 pages and 1,500 ads related to QAnon and imposed restrictions on hundreds more pages and thousands of accounts on Instagram.

In July, Twitter announced it had removed more than 7,000 accounts related to the conspiracy and promised a sweeping ban on content related to QAnon.

But the conspiracy theory isn't simply limited to online posting and harassment of public figures. Followers of the conspiracy have committed acts of violence.

In 2017, a man driving an armored vehicle and carrying two firearms shut down a highway near the Hoover Dam. And as The Daily Beast has reported, followers of QAnon have been linked to a series of kidnappings and two killings.

The connection to violence prompted the FBI in 2019 to classify QAnon as a domestic terrorism threat.

"The FBI assesses these conspiracy theories very likely will emerge, spread, and evolve in the modern information marketplace, occasionally driving both groups and individual extremists to carry out criminal or violent acts," said an internal intelligence document obtained by Yahoo! News.

A spokesman for Democratic presidential nominee Joe Biden on Wednesday blasted Trump for voicing his support for QAnon.

"After calling neo-Nazis and white supremacists in Charlottesville 'fine people' and tear-gassing peaceful protesters following the murder of George Floyd, Donald Trump just sought to legitimize a conspiracy theory that the FBI has identified as a domestic terrorism threat," spokesman Andrew Bates said.